And that figure only includes direct goal contributions, if you were to consider his general influence then you would come to the conclusion that he’s even more important to Marcelo Bielsa’s side.

For example, it was the Brazilian’s whipped corner that was kneed into the roof of the net by Patrick Bamford (£3.8m) for Leeds’ last-minute equaliser against Brentford last weekend, but Raphinha wasn’t credited with an assist because the ball glanced off Luke Ayling’s (£2.1m) head on the way through.

Whether you consult statistics or rely on the good old-fashioned eye test, there can be no doubt that an out-of-sorts Leeds have been carried by their talented No10 so far this season. 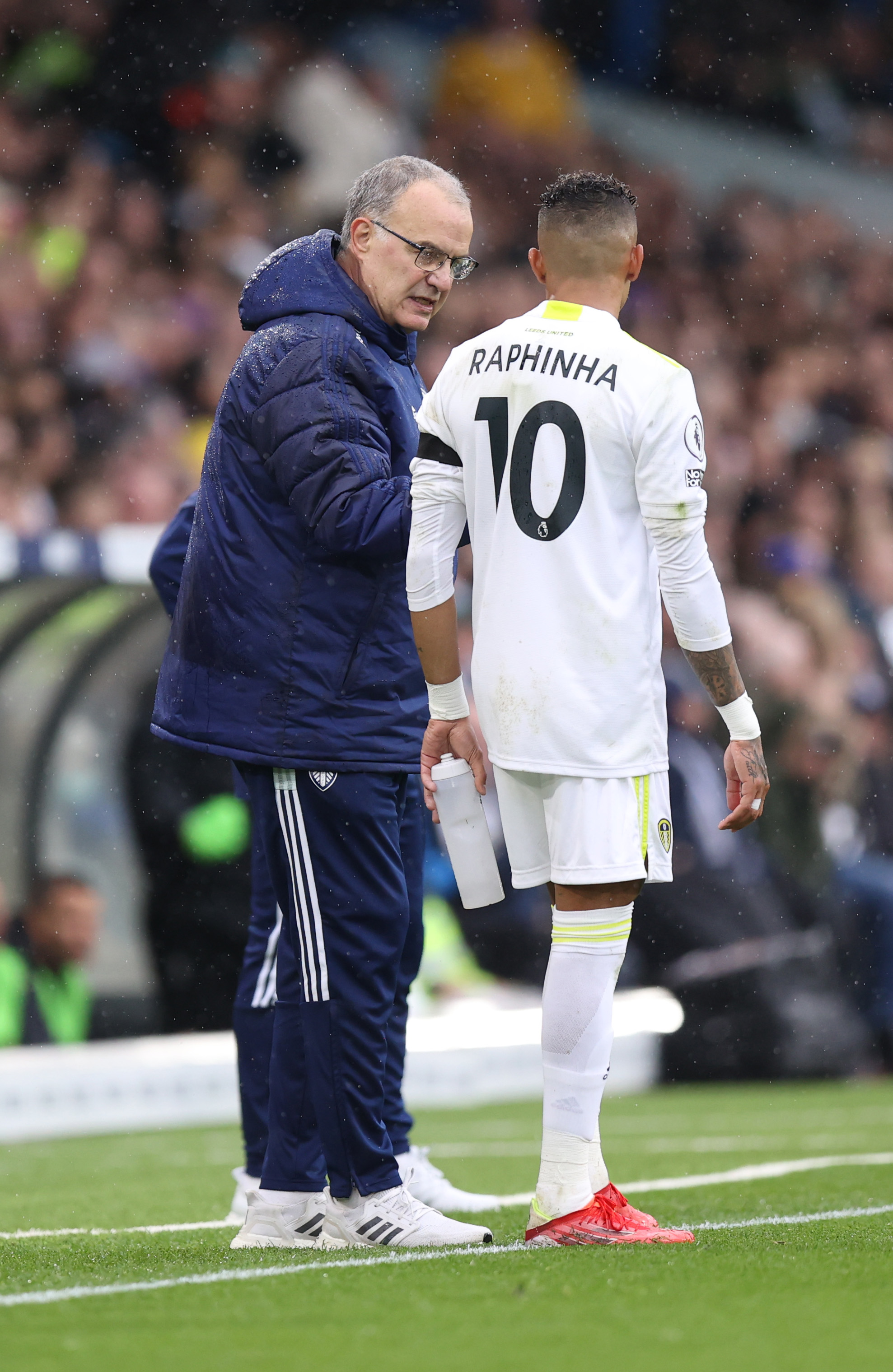 With six goals to his name, Raphinha is rubbing shoulders alongside the likes of Son Heung-min (£4.9m) and Cristiano Ronaldo (£8.3m) in the Premier League Golden Boot race right now, led by Mohamed Salah (£8.3m) of course.

According to our ratings providers, WhoScored, the 24-year-old has been the eighth-best player in the league up to this point.

Naturally, his efforts have translated to Dream Team success.

With 67 points in total, Raphinha is the sixth-best midfielder in the game at the time of writing – a tremendous efforts considering he’s only featured in Premier League fixtures this term.

What’s most impressive is that no midfield asset averages more points-per-game than Raphinha’s 5.2 – the injured Ferran Torres (£3.7m) boasts the same rate.

Despite all this, now is the time for Dream Team gaffers to ditch Leeds’ talisman.

Why? Because the Yorkshire club face the toughest run of fixtures any team will have to traverse this season. 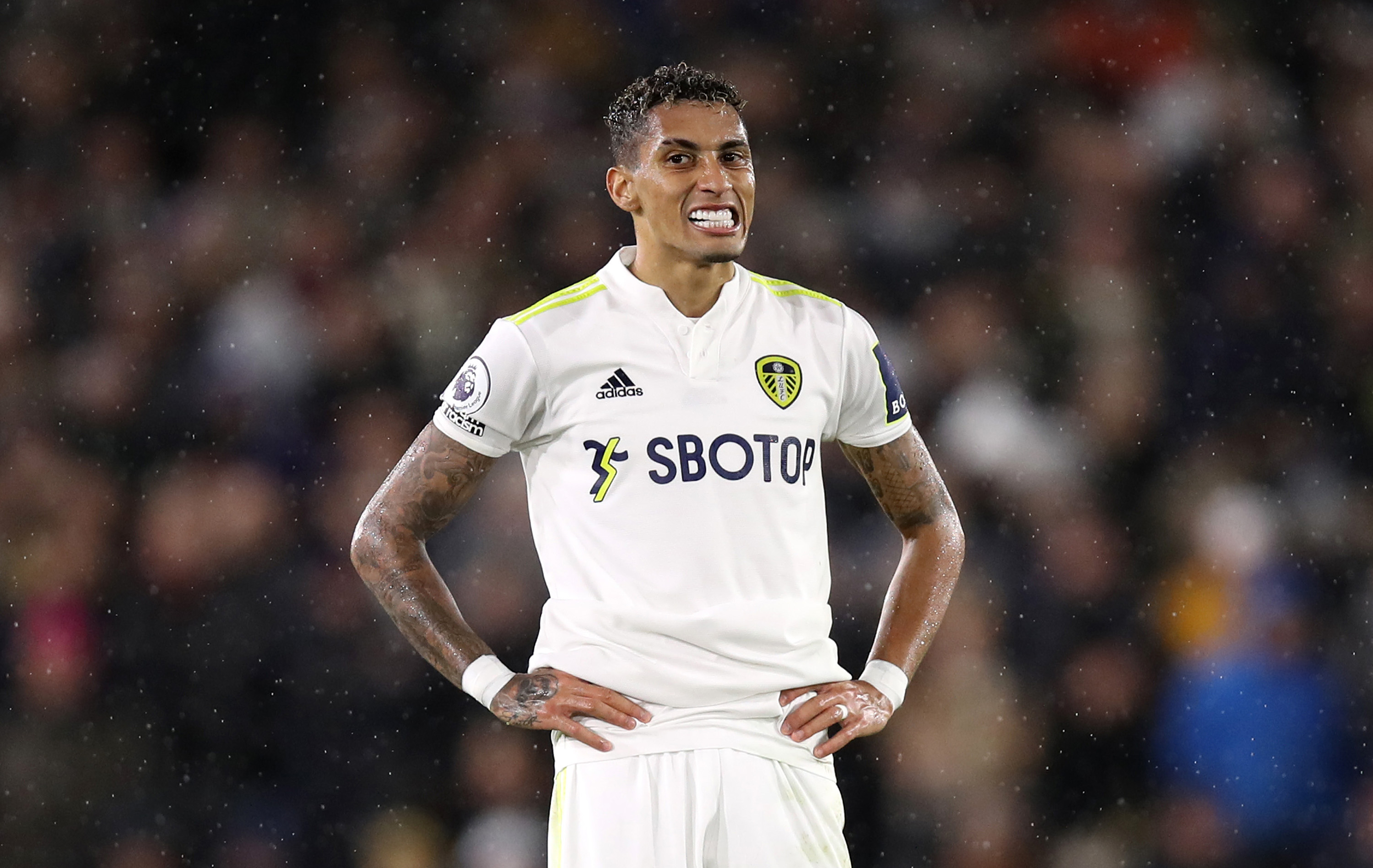 In Game Week 15, Leeds have back-to-back away days to Chelsea and Manchester City.

After that brutal double-header they have something of a reprieve in the form of Arsenal at home but on Boxing Day they travel to Anfield to face the league’s top scorers, Liverpool.

Away fixtures against the three standout teams in the country? It quite literally doesn’t get tougher than that.

Leeds took plenty of points off the so-called ‘big six’ last season but their level has dropped since then and the rest of December will be extremely difficult for them, especially with key man Kalvin Phillips (£1.9m) possibly sidelined until February after picking up an injury against the Bees.

Not only that, Bamford is said to have re-injured himself during his ecstatic celebrations at Elland Road last weekend, while captain Liam Cooper limped off midway through the fixture with what appeared to be a hamstring issue.

Raphinha may be a glorious talent but the perfect storm of his side’s injury crisis and a taxing schedule will surely limit his returns in the coming weeks.

Dream Team bosses can always bring him back in at a later date when Leeds’ fixtures even out but, for now, they would wise to consider replacements such as Ilkay Gundogan (£4.3m) and Mason Mont (£4.2m) for the immediate future.