Hundreds of demonstrators took to the streets of Oakland, California, on Friday night to voice their anger over the deadly police shootings of Daunte Wright and 13-year-old Adam Toledo. The rally quickly turned violent and destructive with protesters setting fires, smashing windows and blocking streets, CBS SF Bay Area reports.

Wright died in an officer-involved shooting in Brooklyn Center, Minnesota, and Toledo was killed last month in Chicago.

The protest began peacefully with 250-300 demonstrators marching through the streets of downtown Oakland. As the hours passed, splinter groups broke away and began creating mayhem, according to CBS SF Bay Area.

The store windows at a Target store were broken and fires were set at auto dealerships. 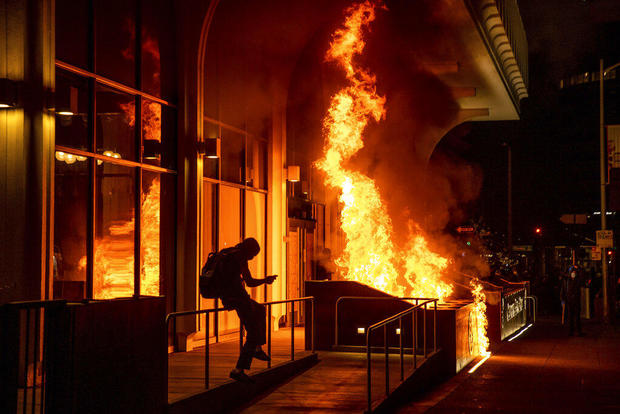 One officer was struck in the head with a bottle, sustaining an injury. Protesters also dragged barriers into the roadway to block and delay police response.

With the violence accelerating, Oakland police announced over loud speakers that it was an unlawful assembly and the crowd was advised of multiple routes available and dispersed peacefully.

Oakland police said the incident concluded at 11:00 p.m. No arrests were made or citations issued. 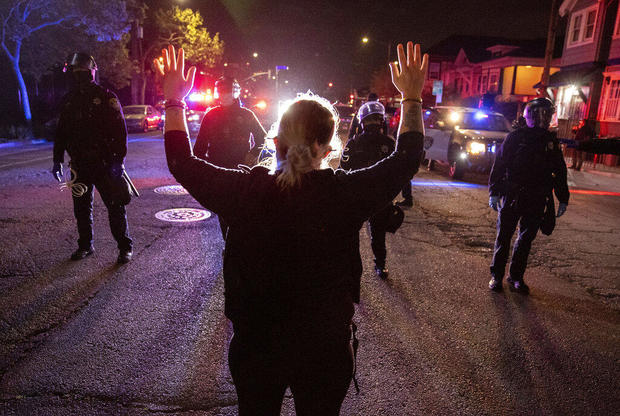