Old stagers ride again, give Palmer a run for his money

Hot on the heels of the news that Clive Palmer’s federal election campaign flop cost the mining billionaire $62 million in advertising alone comes the intriguing claim that a motley group of “old farts” and their $860 Facebook ad had more impact on the poll than Palmer’s tens of millions.

Richard Whitington, a former staffer for Gough Whitlam, mobilised some well-connected friends before the election into a campaign called 1in50 to challenge Scott Morrison’s Coalition. 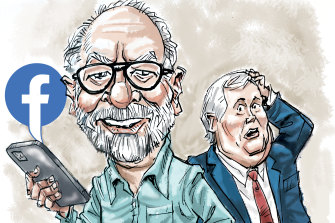 “It was from a bunch of old farts, with respect to all of them,” Whitington said.

But with only about $20,000 donated, the group had to spend the money wisely and plumped for targeted Facebook ads in 22 marginal seats – 14 Coalition, eight Labor – with a “who cares” theme.

The ad was a hit, drawing engagement numbers of about 700,000 over the six weeks that it ran, and Whitington points out that seven of the targeted government seats fell on election day.

“There’s clear evidence that the Liberal primary vote was down significantly more in the 22 seats that we targeted compared with the average fall in the rest of the respective seats,” he told CBD.

Kooyong teals, not content with knocking former treasurer Josh Frydenberg from the eastern suburbs Liberal bastion, are threatening the party’s state seats when Victoria goes to the polls in November, and now there’s even talk of taking out local Liberal councillors.

Three Liberal-aligned members of Boroondara Council, itself a long-time party fortress, have been making a point of remaining in their chairs while colleagues stand for the acknowledgment of Country before council meetings. 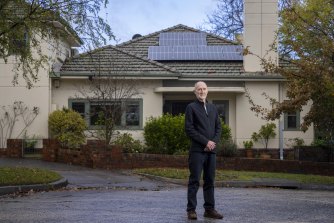 The situation is a hangover from the terrible furore a few years ago over whether Boroondara should have an acknowledgment of first nations’ connection to country at all.

But it has attracted the attention lately of local teal types who are also unhappy with the council’s insistence that a householder in leafy Canterbury remove solar panels that failed to conform with heritage controls.

Brent Hodgson, data guru for the victorious Kooyong election campaign of Monique Ryan, mused online that the two issues were setting the electorate “alight” and that a single party’s dominance locally, over any layer of government, amounted to a “cartel” that needed to be challenged.

Dissenting Liberal councillors Felicity Sinfield, who failed to win preselection in the seat of Kew, held by car crash MP Tim Smith, and Cynthia Watson, who will contest the seat of Ringwood for the party in November, did not respond to CBD’s questions on Tuesday.

But the third member of the group, former mayor Jim Parke, who exchanged online barbs with Climate 200 chair Simon Holmes a Court, hurled defiance back at his teal tormentors on Tuesday.

“Give it your best shot,” Park tweeted. “I defeated five other candidates at the last election. Bellevue Ward residents prefer substance to virtue signalling.”

LABOR TO FEEL THE WRATH OF KHAN

Intaj Khan just can’t stay out of the limelight. The former Wyndham councillor, self-made property millionaire, and perennial state Labor parliamentary hopeful has hit the news over the years for many different reasons.

Our favourites: an application to build a $9.5 million 16-bedroom mansion (including a helipad and 30-seat movie theatre) in Tarneit in 2016, which locals immediately dubbed the “In-Taj Mahal”.

Or the bid to become lord mayor of Melbourne, from his seat on the council at Wyndham. 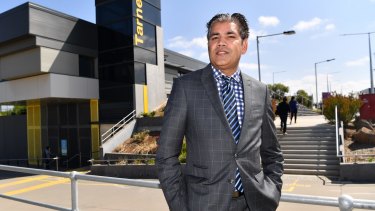 One a Labor hopeful, Intaj Khan has switched his allegiance to the Liberal Party.Credit:Joe Armao

But Khan could be on his most audacious enterprise yet, an attempt to snatch the seat of Tarneit from his former Labor colleagues at November’s state election, running for the Liberal Party.

Khan confirmed on Tuesday that he would contest Liberal preselection against local real estate agent and party activist Preet Singh for the right to take on Labor’s Dylan Wight in November’s contest.

Khan’s recent switch to the Liberals will raise eyebrows, but he has long had friends in high places in the party with Goldy Brar, a former adviser to leader Matthew Guy, helping Khan with his push for parliament. He also goes way back with former party president hopeful Dinesh Gourisetty.

CBD brought word on Friday that the former federal government’s Charities Commissioner, Gary Johns, was likely not long for his job, and in the aftermath of Johns’ resignation new federal Charities Minister Andrew Leigh is losing no time letting the sector know it is under new management. 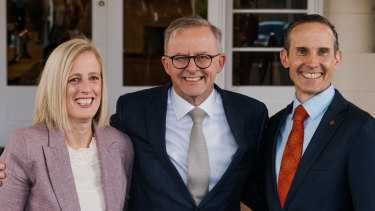 In a speech to a group of religious charities on Wednesday, Leigh will also take the opportunity to throw a little more shade at his opponents and their departing commissioner, whom Leigh repeatedly accused of silencing charities and non-profits.

“They tried to scrap the charities commission, and when they couldn’t get the repeal through parliament, they appointed a charity critic as its head,” the new minister will tell his audience. “The Coalition’s approach to charities is that they should be ‘seen and not heard’.”

“An Albanese government welcomes the voices of charities … when you agree with us, and when you disagree with us.”