It’s official: Travis Scott is the world’s best gift giver and if you’re not convinced, just pop on over to Kylie Jenner’s Instagram. Because lucky for her, the 29-year-old rapper decided to gift her and their 3-year-old daughter Stormi matching (and massive!) diamond rings.

Kylie Jenner and Travis Scott: A Timeline of Their Relationship

“Daddy got us matching rings,” the 24-year-old Kylie Skin founder captioned a photo of her and her mini-me’s new bling. Between the sheer sparkle and unique design, the mother-daughter duo are definitely killing the diamond game. Jenner’s bauble was obviously a bit bigger than Stormi’s, but other than that, the pieces are pretty identical.

The present from the Astroworld singer seems to be a surprise, as Jenner’s family was pretty overwhelmed by the sweet gift. “No he did not!!!!!!!!! Daaaammmmmmmnnnnnnn,” Khloé Kardashian wrote in response to the picture. Rob Kardashian jumped into the comments too, dropping a string of blushing emojis. 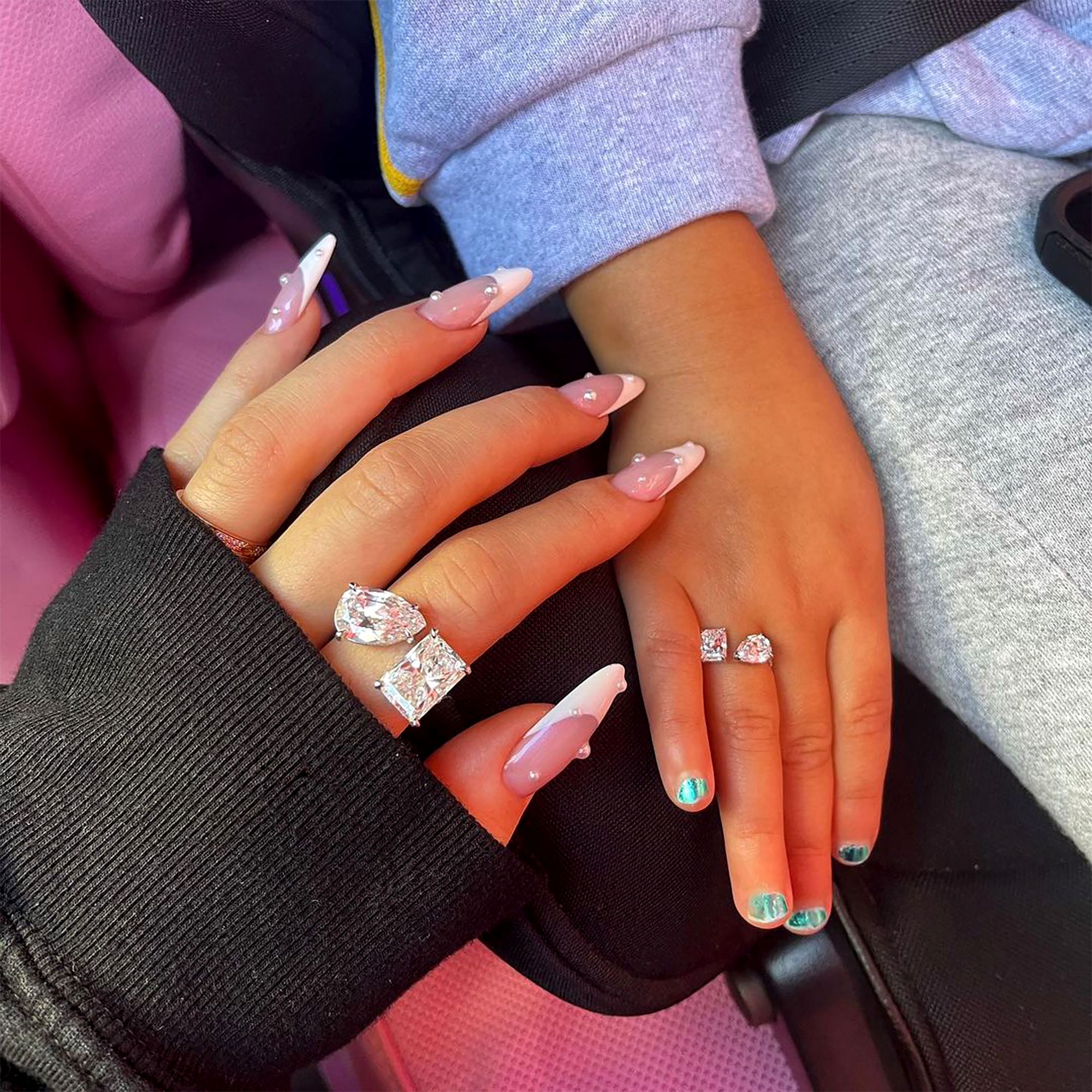 Fans were just as taken aback by the stunning sparklers, many calling for Scott to welcome them into the family. And honestly, can you blame them?!?

“Do you guys want to adopt me,” one fan joked, while another added: “@travisscott I want a matching ring too.”

Some followers were admittedly confused by the gesture, questioning if the gift was actually a proposal. But don’t go crazy just yet — this doesn’t appear to be an engagement ring. The beauty boss photographed the jewel on her pointer finger as opposed to her ring finger.

While a walk down the aisle isn’t on the horizon, the couple, who are expecting their second child together, are going strong. “Travis and Kylie have never been closer,” an insider told Us Weekly in September. “The baby has absolutely brought them even closer together.”

Jenner confirmed her second pregnancy in September via a minute-and-a-half Instagram video that gave her followers a look at how she told her mother, Kris Jenner. Us Weekly previously confirmed that the star was expecting on Friday, August 20.

All the Times Kylie Jenner Matched Outfits to Her Surroundings

And as it turns out, Jenner was trying to expand her family for quite some time. “She has been trying for almost two years to get pregnant,” an insider told Us at the time. “She has always wanted another kid close to Stormi’s age.”

Jenner and Scott first started dating in 2017 and welcomed their first child, Stormi, in February 2018. While they called it quits for a bit in October 2019, they later rekindled their romance.