On World Refugee Day, Can We Imagine New Ways to Come Together?

The triumphant sound of Afrobeat blares from small, tinny speakers perched atop the kitchen counter. The rhythm makes my head nod and my hips sway as I pick a tomato from the pile in front of me and use my paring knife to slice the fruit into thick triangles before throwing them into a large plastic bowl. Next to me stand my fellow line cooks, an international squad from Afghanistan, Syria, Myanmar, and Zimbabwe, though national identities seem irrelevant here, in a place where so many are stateless, trapped on the Greek island of Lesbos, detained in one of the world’s most notorious refugee camps. We keep our heads down as we prep lunch, silently chopping onions and dicing cabbage, our eyes focused and hands quick. It’s our moment of mindfulness for the day. Earlier, one of my kitchen companions told me that working here, at the One Happy Family Community Center, got her out of her head and out of her thoughts. Out of Mória, the largest of the official Greek camps on the island, where, at the time of my visit, 19,000 people were living crammed into a space set up for 3,000—or at least they did until the camp burned down in the fall of 2020. Out of camps where there are fights every night. Where sexual assaults are high. Where you have to queue for hours to get food handouts, and at the end of that, sometimes you open them to find maggots inside. Out of the camps where traumatized people are detained in traumatizing conditions. Where suicide rates are high. Where children as young as six have attempted to take their own lives.

National identities seem irrelevant here, in a place where so many are stateless

I’d come to this volunteer-run kitchen, helmed by internationals working alongside refugees, as part of the research for my new book, Ripe Figs: Recipes and Stories from Turkey, Greece, and Cyprus. The region has seen more than five million people passing through it over the last six years—the largest movement of people Europe has seen since the Second World War—and felt like a microcosm of a challenge faced the world over. Specifically, how can we update our concepts of borders and migration so that they fit the needs of the 21st century? 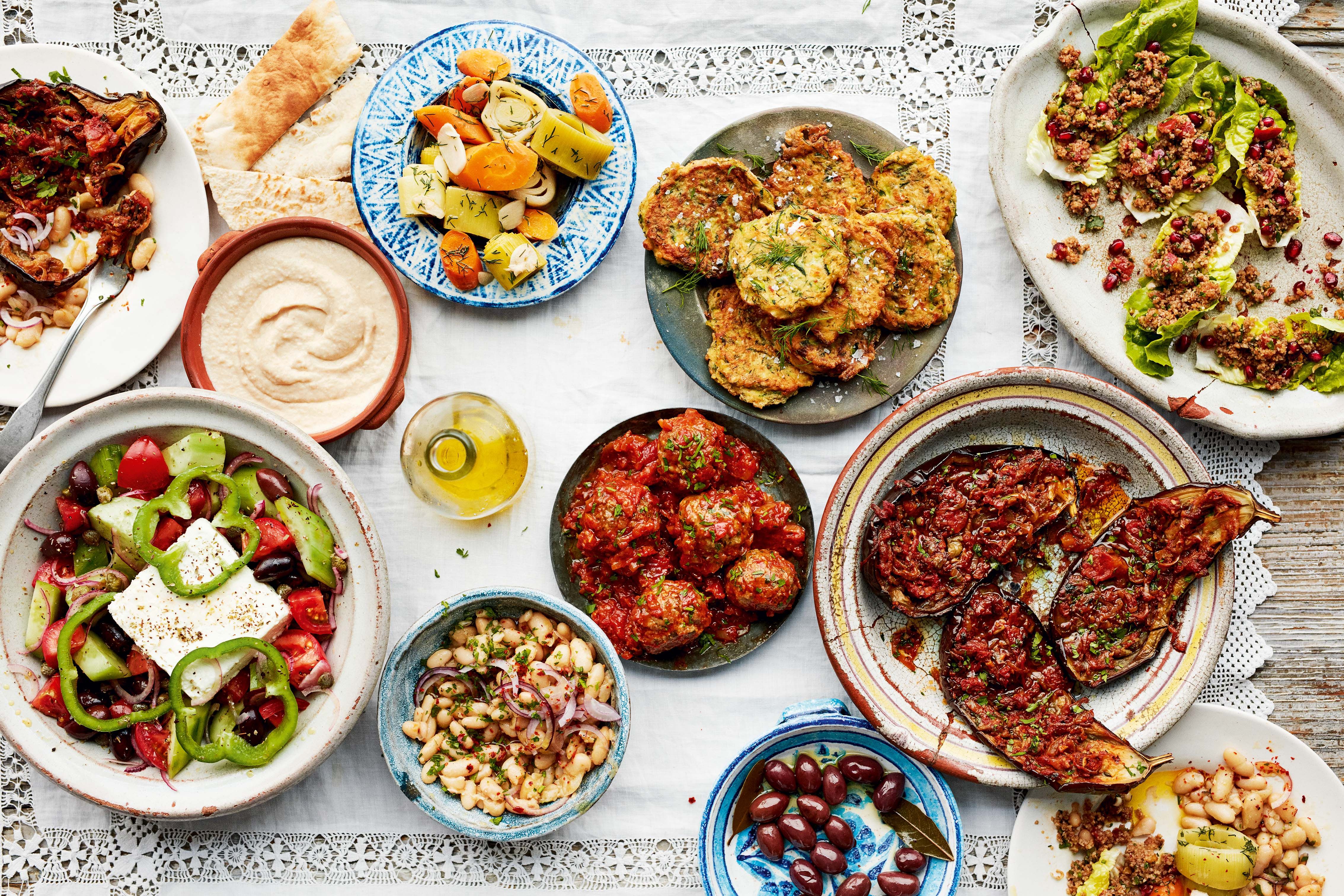 There are currently more than 70 million forcibly displaced people around the world, and every minute 20 people leave everything they have behind to escape war, persecution, or terror. Millions more go uncounted and unprotected, forcibly displaced by poverty or economic exploitation. Many members of my family and our family friends have undertaken such journeys, fleeing political and social turmoil in the countries of their birth. Some won visa lotteries, others embarked on foreign study, a few claimed political asylum, and others paid illicit smugglers to take them clandestinely over mountains so they could find refuge in Europe or the USA. Many weren’t as fortunate: They couldn’t escape when they needed to and faced lives of limited opportunities at best or imprisonment, torture, and execution for their political beliefs at worst. My childhood memories are littered with images of my parents’ house filled with recent refugees from Iran, who stayed up late, smoking cigarettes and drinking endless cups of tea as they debated the region’s politics. I’d find the remnants of those evenings scattered throughout the living room the next day: small empty clear glasses with dregs of tea leaves at the bottoms, along with crumbs from the tokhmeh—toasted and salted sunflower, melon, and pumpkin seeds that Iranians eat by the kilo. 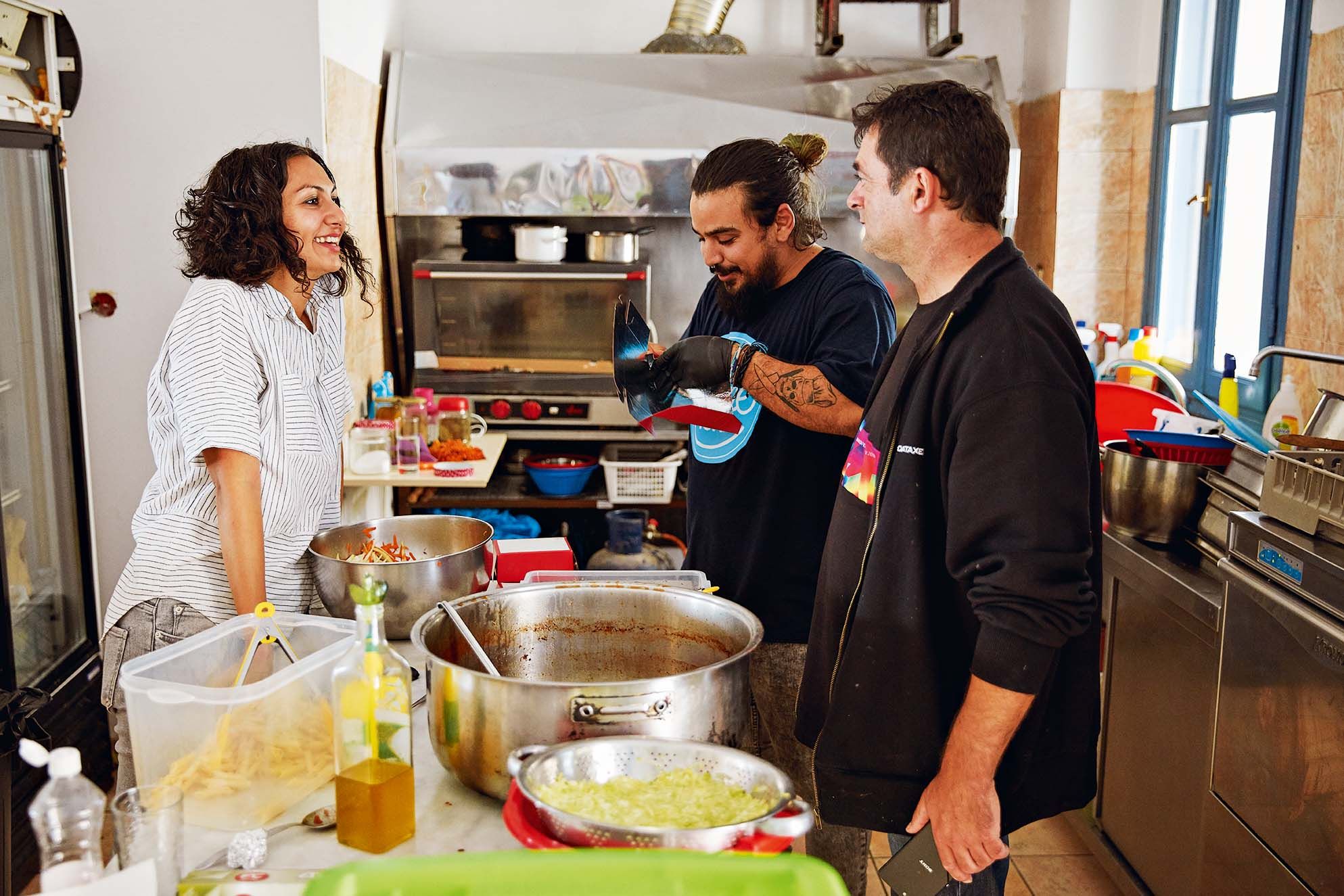 For decades, refugees and migrants have been the perpetual scapegoats of politicians, used as a tool for deflecting away from the existing inequalities in our societies. While the wealthy are afforded the privilege of open borders and can live, move, and travel as they please (you can buy residency in 23 countries), the world’s poorest and most in need are met with repression when they try to move. Criminalized and demonized for the simple wish of wanting a better life. It’s worth asking on the 70th anniversary of the international Refugee Convention, how have we gotten to a place where a human being crossing a border is labeled illegal just because they are poor and vulnerable, while a wealthy person doing the same is considered legal? We know from history that what’s legal or illegal doesn’t necessarily equate with what’s right or wrong. After all, once upon a time, slavery and apartheid were legal, and both women voting and gay sex were illegal. Borders, like any man-made political construct, are not set in stone. As we evolve as a society, we often need to change the definition of what is illegal and legal to fit the moral compass of our times. Perhaps it’s time to do the same for borders. 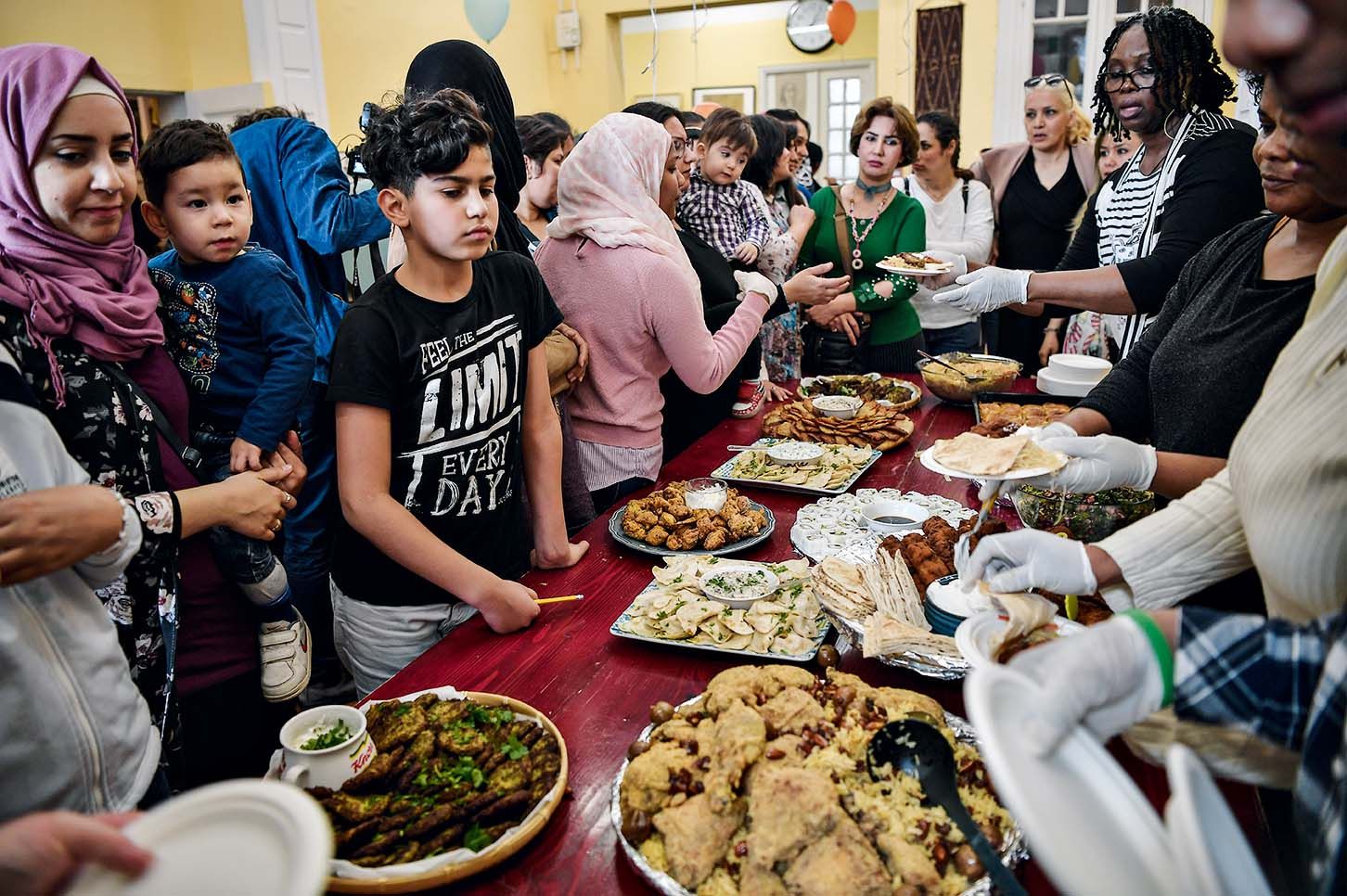 Of course, that doesn’t mean that all borders are irrelevant. The pandemic has shown us that there are times when controls on the movements of people are genuinely necessary. But no one looking at how our global border system works today—increasingly militarized, outsourced to unaccountable private military and security companies, violent, deadly, where children are detained in cages and migrants are left to drown in the sea—can argue that it is humane. It’s especially unjust given that many of those who are displaced from the Global South are forced to move because of conflicts, wars, or unfair global economic policies that have been instigated or imposed by countries of the Global North.

Borders are not set in stone

On my travels through Turkey, Greece, and Cyprus, I met with people from all walks of life, from teachers and doctors to writers and musicians, a mix of migrants and locals. Time and again, over meals shared and hours spent in the kitchen, I saw a vision of how society can be run differently, of how ordinary people step up and support each other when politicians fail, and how humans wherever we are in the world have more to unite us than divide us. There was Nan, a social enterprise restaurant where Greek locals and refugees cook alongside each other, providing economic support and space for integration to bring the two communities together, and Home for a Day, a restaurant-turned-NGO run by husband-and-wife team Nikos and Katerina Katsouris, who gave up everything they had to turn their business into a nonprofit that serves free meals to refugees on white linen tablecloths with proper tableware and cutlery, giving dignity to those who have lost so much. In the face of terrible hardship, I saw how collectivism and empathy are an integral part of who we are, and that for as long as humans have existed, we have traveled, and that migration is part of our species evolutionary pattern for survival.

I saw a vision of how society can be run differently

It is the role of social thinkers to present and argue for ambitious ideas that go beyond the limited constructs of our current systems. All over the world, evidence shows that the policies that militarize borders and criminalize migrants don’t actually stop people who are fleeing for their lives from moving; they only serve to make their journeys more dangerous and difficult. It will take decades of hard work and critical thinking to address some of the questions we face around reimagining borders, but the magnitude of the crisis demands it be matched with a boldness of vision. Particularly as the climate crisis escalates in the coming century, which the U.N. predicts will lead to 200 million climate migrants by 2050.

Humans wherever we are in the world have more to unite us than divide us.

To meet this challenge, we should draw on the words of Martin Luther King Jr. and first dream of what is possible so that we can take steps toward it. This World Refugee Day, I’d like to dream of a different kind of world than the one we have created. A world where the construct of a territorial line arbitrarily dividing communities from each other does not exist. A world where we honor the differences in our cultural backgrounds, but understand that we are all equals living on one shared planet. A world in which the place where we are born does not determine the opportunities we are given. Where we are free to move, work, travel, and live wherever we please and be welcomed as fellow members of the human race. A world without borders.