Melbourne Symphony Orchestra has posted one of its biggest profits in recent history after saying it was on the brink of insolvency to justify hefty pandemic pay cuts for musicians and staff. 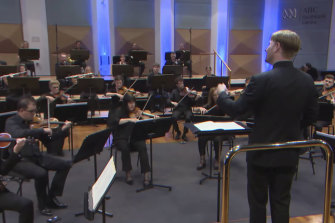 The rosy result raised eyebrows within the organisation, given the dire predictions that came last year, although no musicians wanted to comment on the record as the orchestra tries to heal the fractured relationship with management. Musicians are still earning 80 per cent of their contracted salaries despite being back in full-time work.

However, MSO managing director Sophie Galaise said at the end of last year the orchestra’s leadership group voted to approve a plan to keep the profit in the company’s reserves instead of receiving compensation. The MSO is currently projecting a deficit of more than $2 million for 2021 without the support of JobKeeper, with a COVID-affected program, and audiences cautious about returning to live performances. 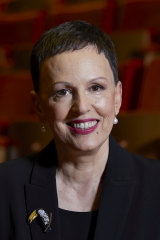 Musicians requested a $300 gift voucher each as their share of the profit. Galaise said she was personally on a 40 per cent pay cut.

She said the company was “very proud” to have emerged from the longest lockdown of any Australian city orchestra without plunging into the red, and without losing all its employees.

“Everyone is pitching in to try to really ensure that we get back,” she said, adding that she had set an “aspirational target” to get musicians back to 100 per cent salary by July, depending on fundraising and ticket sales.

“Still the audiences are a bit cautious with coming back in the halls,” she said. “We need to encourage everyone to come back.”

Galaise also pointed out that the Sydney Symphony had reported a $7.8 million profit for the 2020 calendar year.

She said hindsight was “always easy” but the threat of insolvency had been very real and she had pledged to be completely transparent with staff about their position.

Chairman Michael Ullmer said the 2020 result was “thanks to the incredible generosity of our community [and] the personal sacrifice of our musicians and staff in taking reduced salaries”, as well as government support packages and reduced expenses from not being able to stage concerts during pandemic restrictions.

Income included more than $5m from the federal JobKeeper scheme.

Ullmer also revealed that musicians and staff had experienced “personal hardship” in 2020 and in some cases they still required help. He and other members of the organisation’s board of directors personally bankrolled more than half of a $1 million fund to support staff after JobKeeper came to an end.

MSO musicians were stood down then put on JobKeeper in April last year, after the company stopped performing due to the pandemic and rejected the orchestra’s offer to stay on the books on half pay. They were also told to pay to maintain their instruments from that allowance. Galaise said last May the orchestra was “fighting for our survival” and would be insolvent by the second quarter of 2021 without further support. 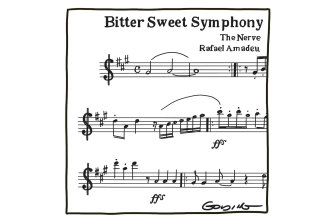 The annual report shows the MSO saved $2.1 million in reduced employee expenses in 2020 compared to the year before – an 11 per cent pay cut. Compensation to the 10 people in senior management fell by $127,000, or 7 per cent .

The company took in an extra $5.1m in government funding, almost all from JobKeeper, and spent barely a third of what they usually spend on programming and production. But ticket sales cash receipts dropped precipitously, from more than $14 million in 2019 to just $51,000 in 2020, once refunds were taken into account.

The company is now sitting on a healthy $6.5m cash reserve, compared to $5m at the end of 2019. The accounts do not reflect an extra $3 million that the company received as part of the federal RISE pandemic recovery fund, announced in February. The Victorian government has also committed additional money to support the company this year.

Find out the next TV shows, streaming series and movies to add to your must-sees. Sign up to get it every Thursday.