Grand designs! Social media users share snaps of the weird and wonderful buildings they’ve come across – from a shop that looks like a face to a seaside ecology centre shaped like a crab

People have been sharing photos of the weird and wonderful buildings they have come across around the world.

Architecture aficionados have posted photos of quirky buildings on the ‘Bizarre Buildings’ subreddit. The trivia platform Bored Panda has collated its favourites in an online gallery.

Some designers have gone down a very literal route and created themed buildings, like a train museum shaped like a locomotive and a coastal ecology centre shaped like a crab.

Others have built imposing structures with dozens of windows at strange angles, while some simply defy gravity.

Here, FEMAIL shares some of the best examples… 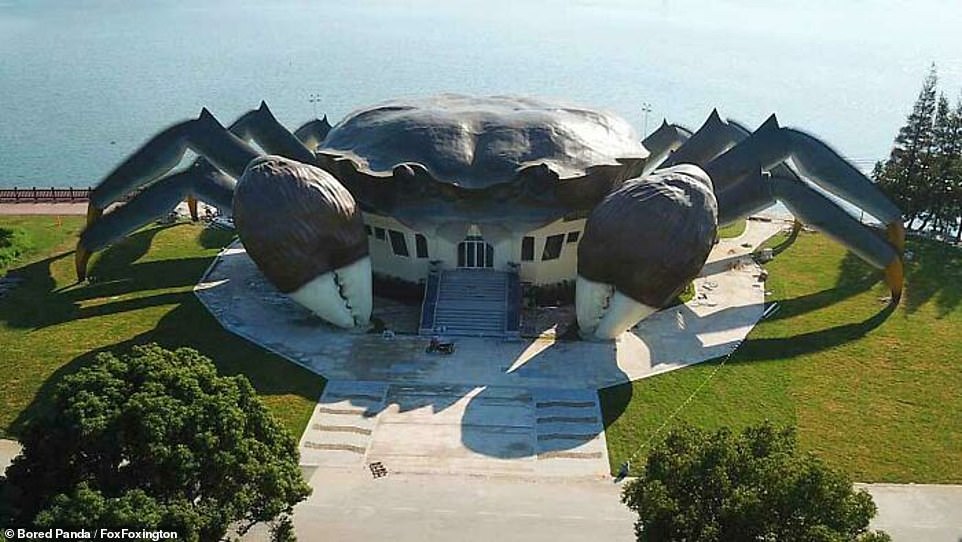 People from all over the world have shared pictures of fascinating architecture on Bored Panda. In China, the new Ecology Centre is shaped like a crab 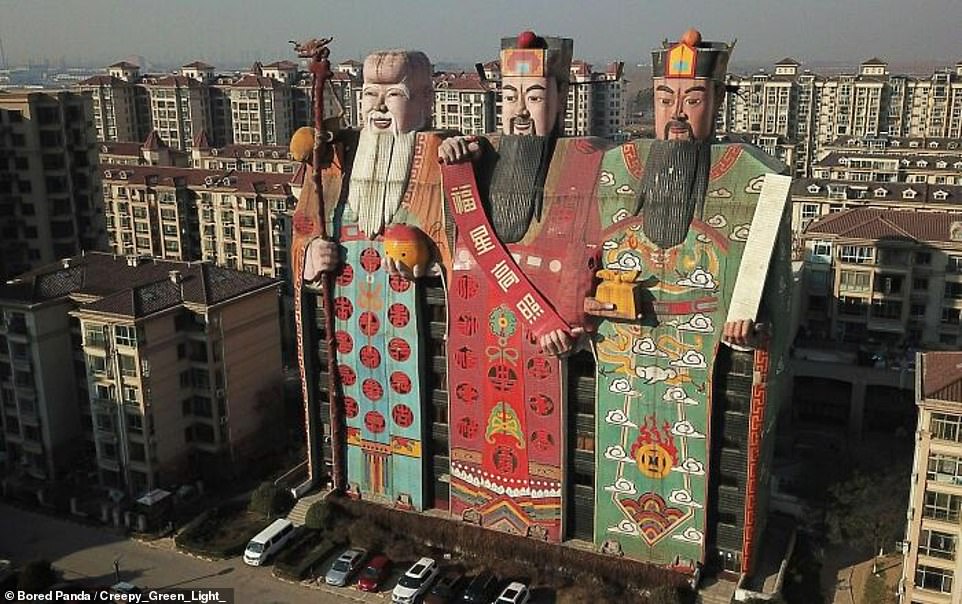 The Tianzi Hotel in China makes for an eye-catching attraction. It is shaped after a trio of ancient Chinese deities representing ‘the good life’ 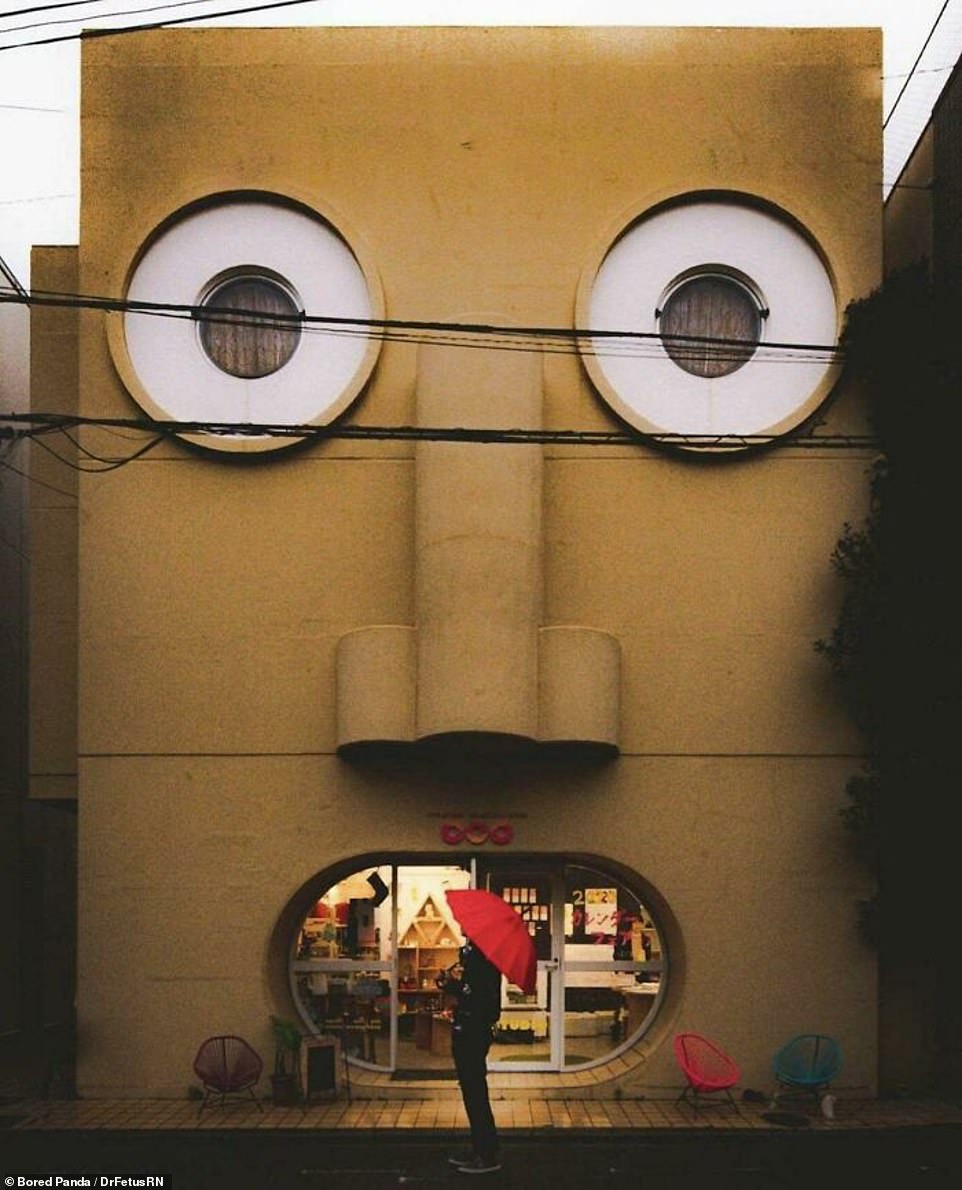 This store in Kyoto, Japan, fascinates passers-by with its facade, shaped like a face, where the door is a mouth. Would you go in? 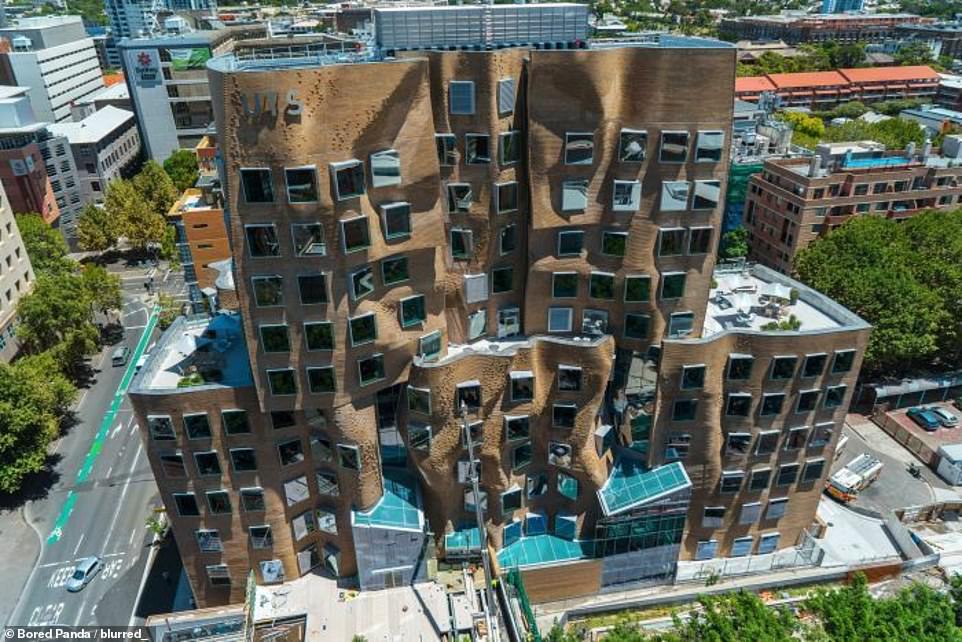 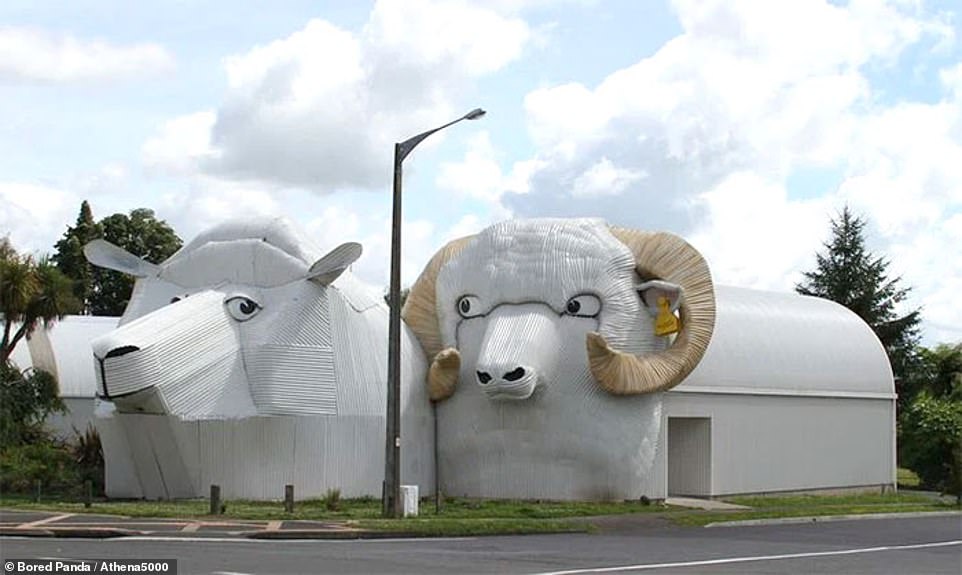 In Tirau, Waikato in New Zealand, this quirky building was aptly named the Sheep Building. It’s made up of a ewe and a ram sharing a glance 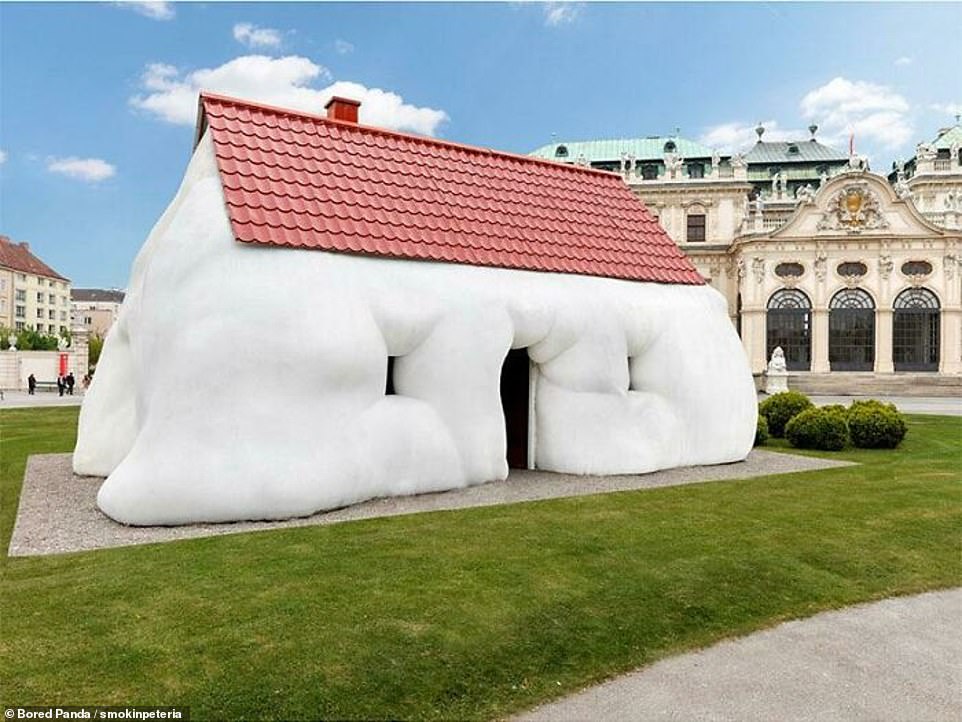 In Austria, this quirky art installation in the Belvedere Garden in Vienna looks like it was carved out of a cloud, or a marshmallow 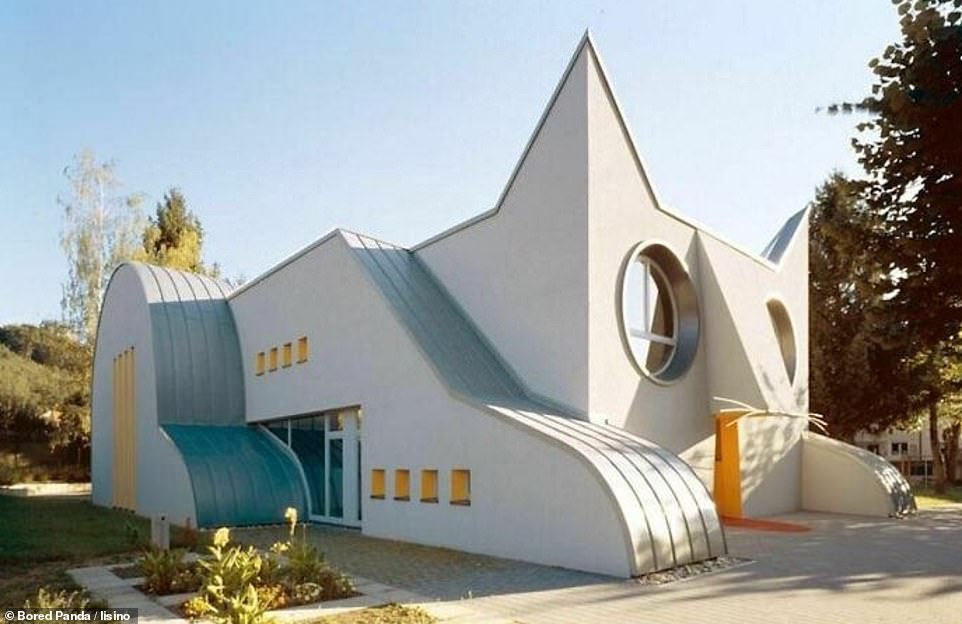 Meow! This Kindergarten in Germany was shaped like a white, blue and yellow cat, and we’re sure the children must be feline it 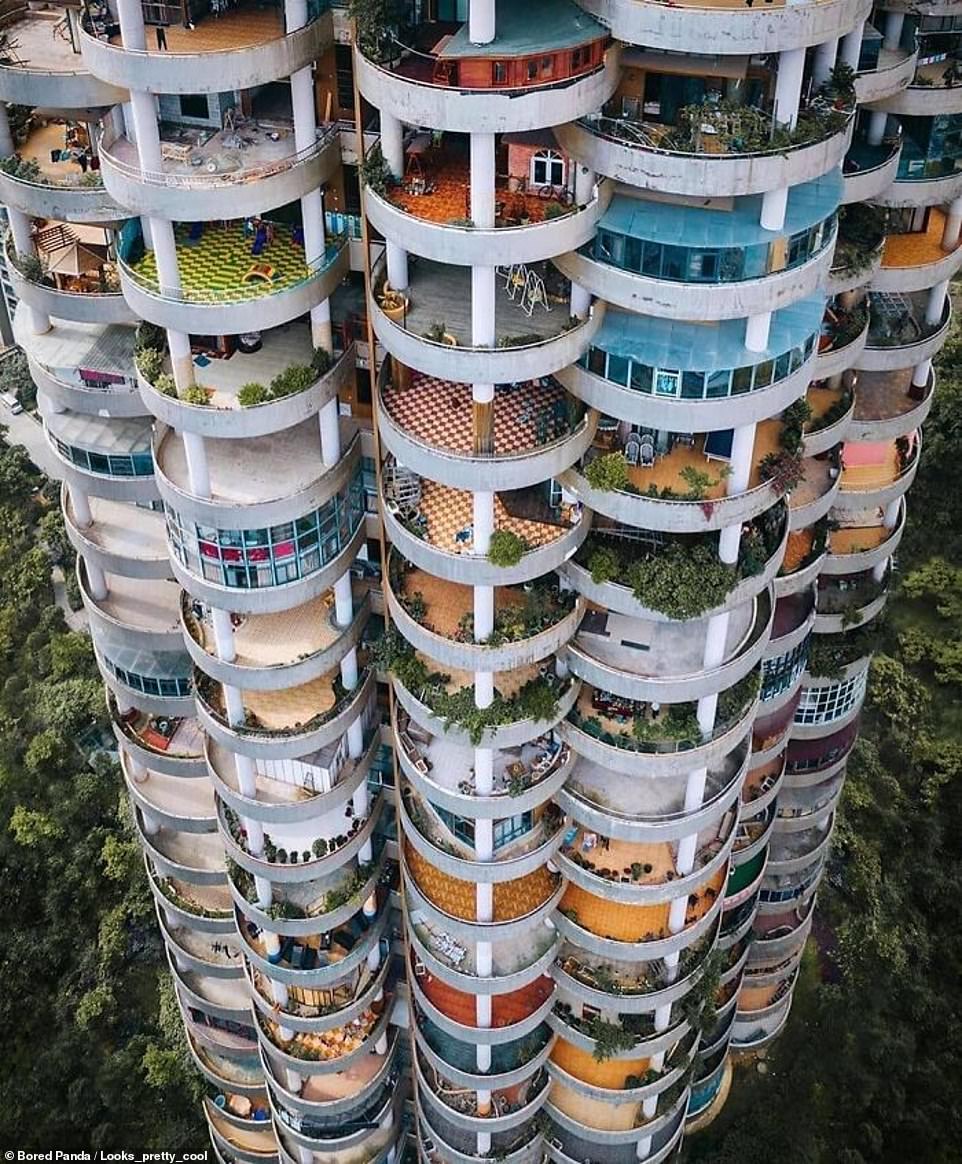 You’d better not be scared of heights if you want to score one of the terrace apartments in this building complex In Guizhou, China 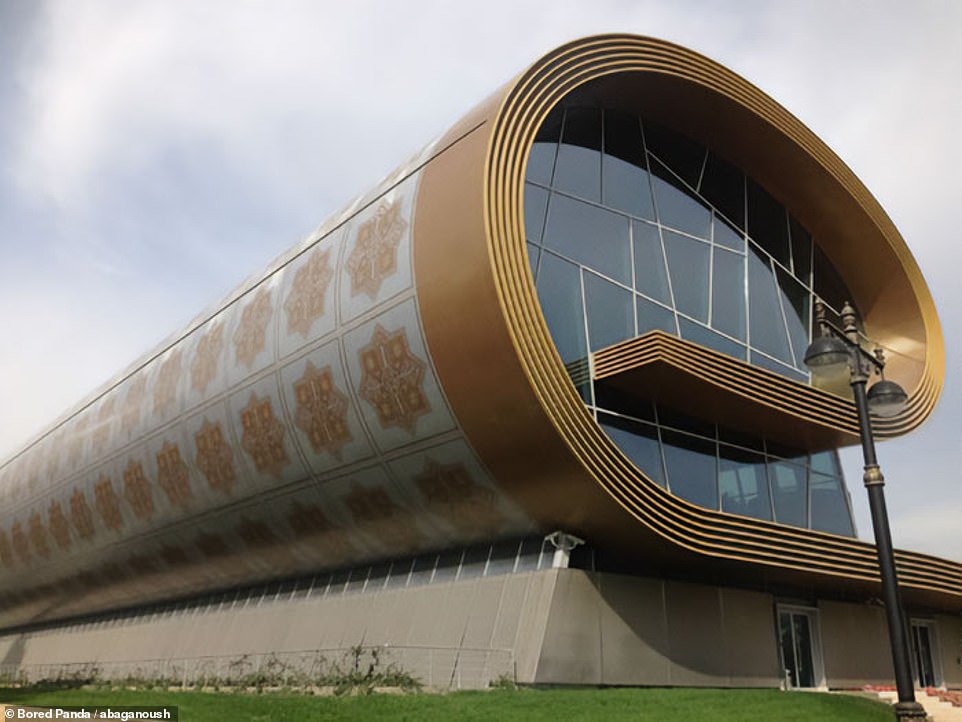 Can’t mistake it for another museum! In Azerbaijan, this amazing Carpet Museum is shaped like a rolled up golden Persian rug 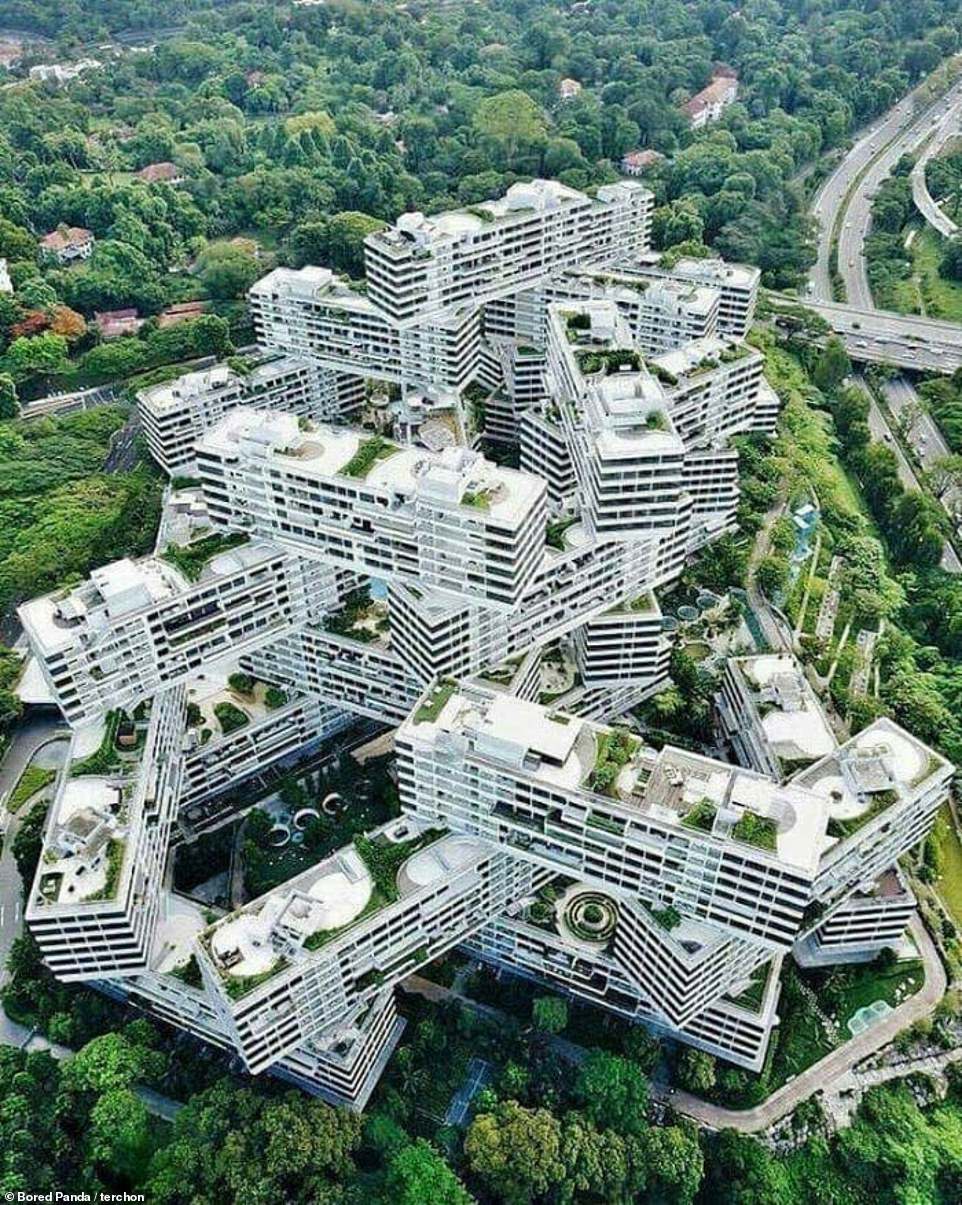 In Singapore, this impressive apartment complex is known as the Interlace, and looks like a giant game of Jenga 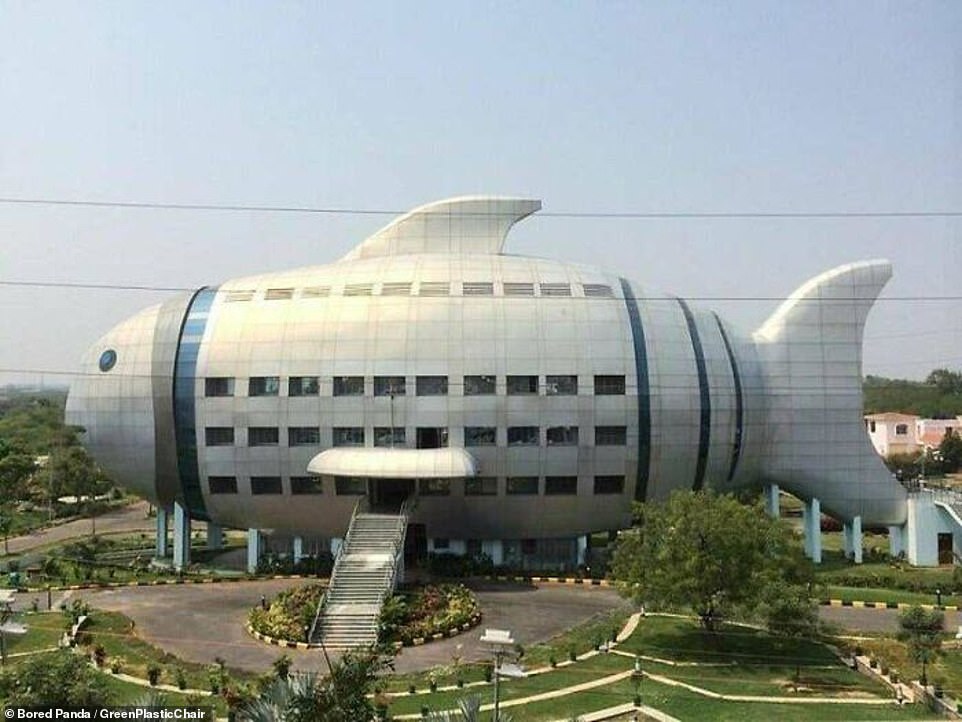 Fishing for compliments? The Indian Department of Fisheries, located in Hyderabad, was built to look like an enormous white fish 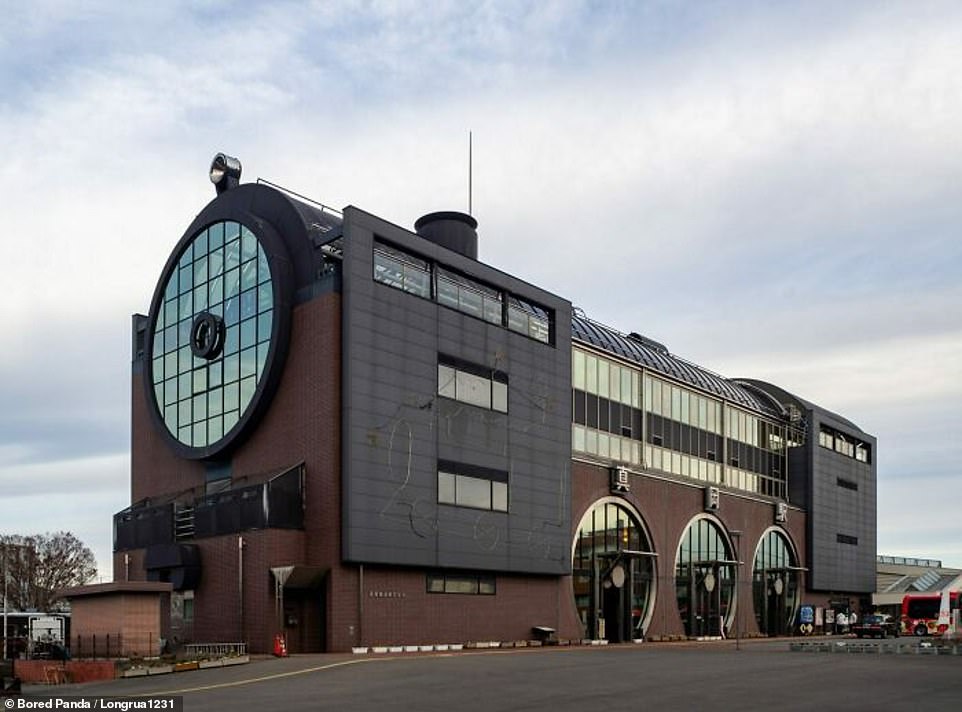 All aboard! The beautiful rail museum in Tomobe, in Japan, also known as SL Kyuurokukan, was shaped to look like a brown locomotive 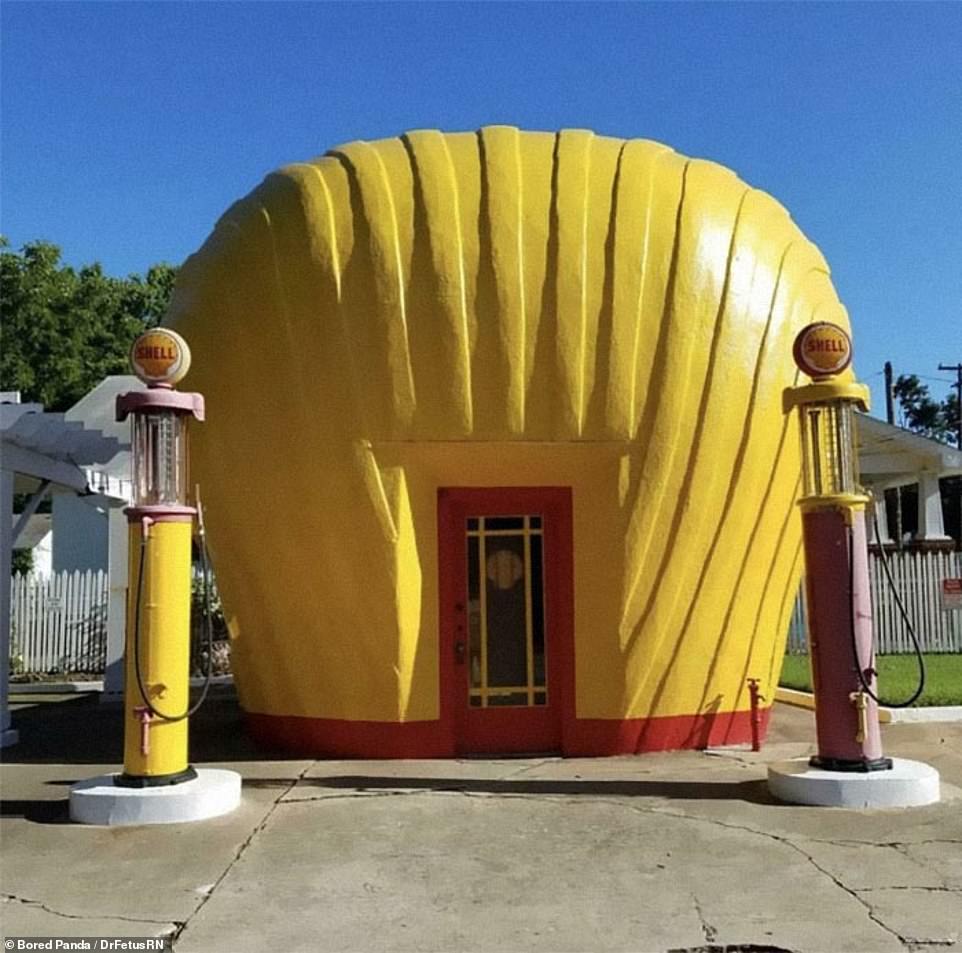 This Shell petrol station dating back to the 1930s was shaped exactly like the logo of the company, which is a yellow and red seashell 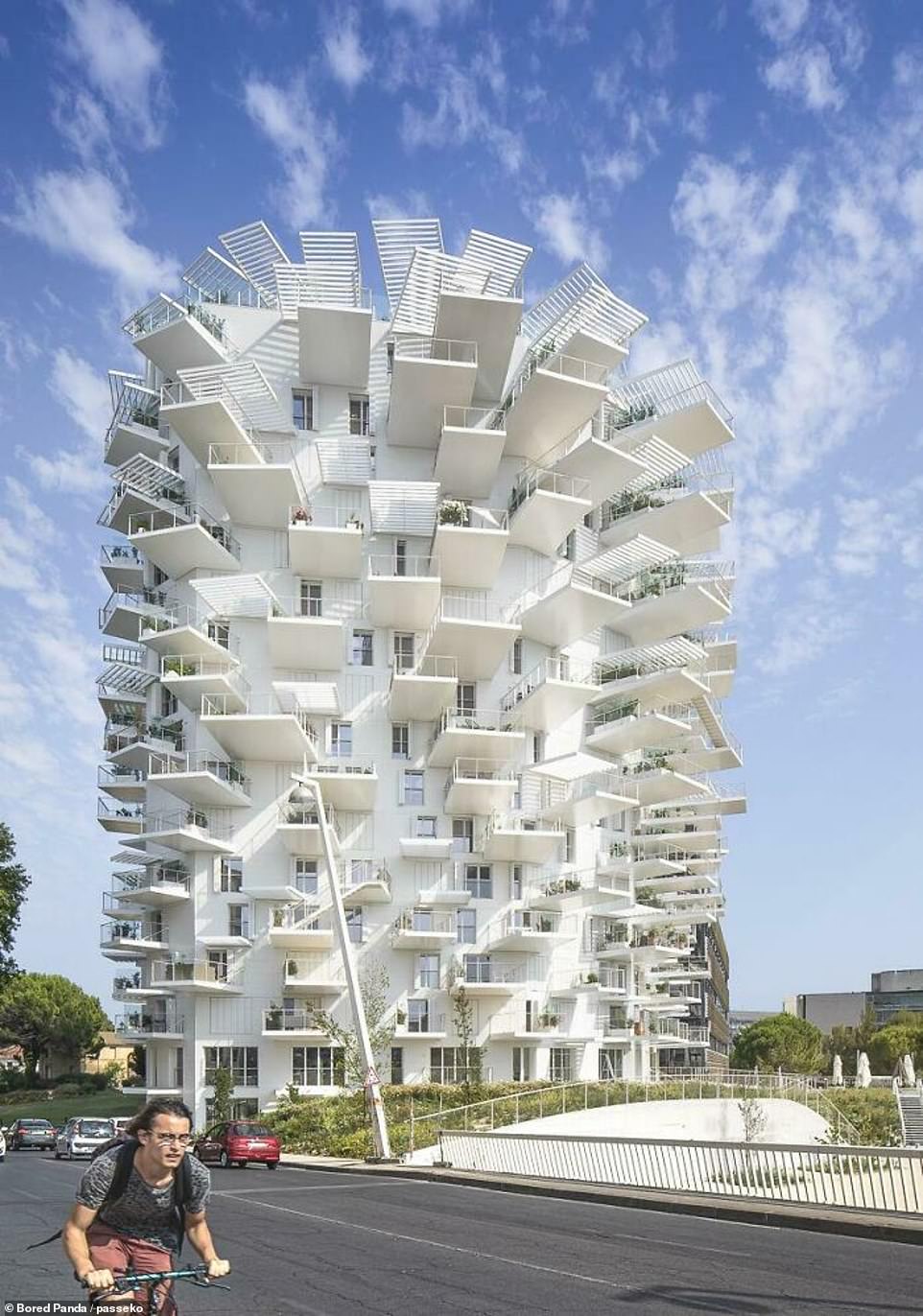 In Montpellier, in the South of France, this structure is called ‘Arbre Blanc’ – White Tree – and was designed by Japanese architect Sou Fujimoto 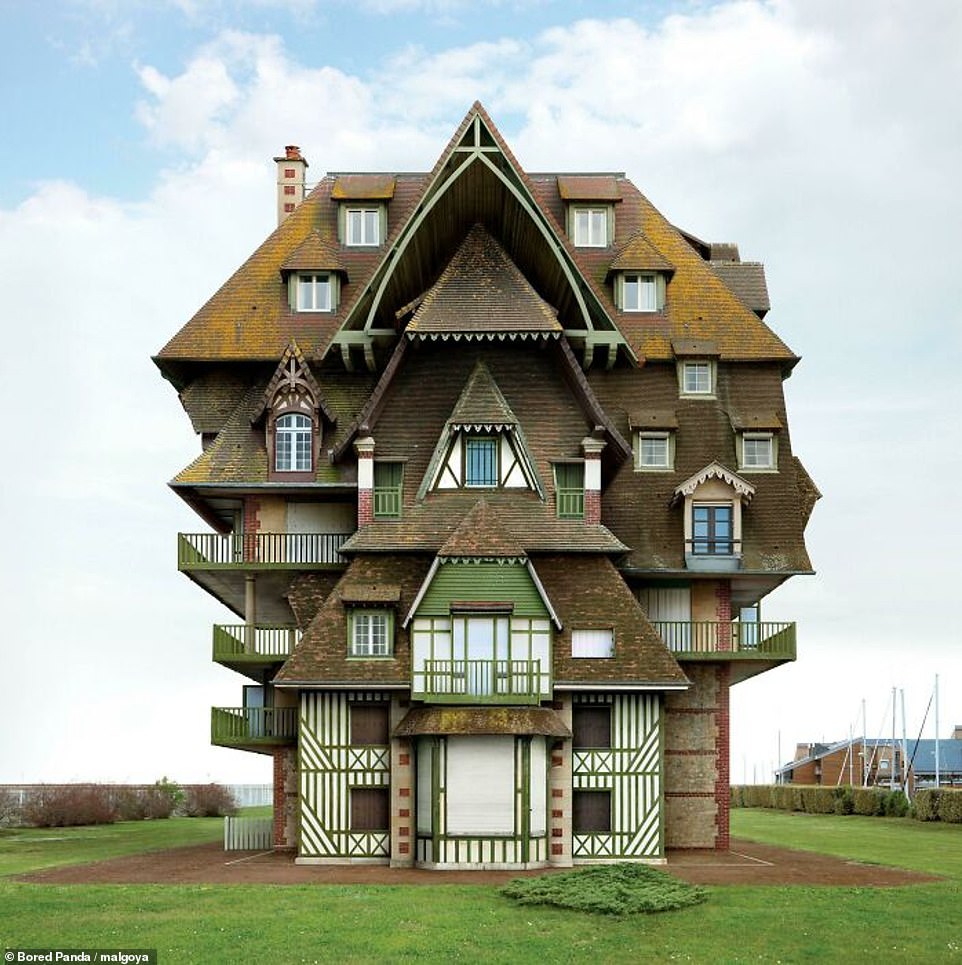 This impressive house only counts five floors, but looks like it’s been extended throughout the years to fit more and more rooms 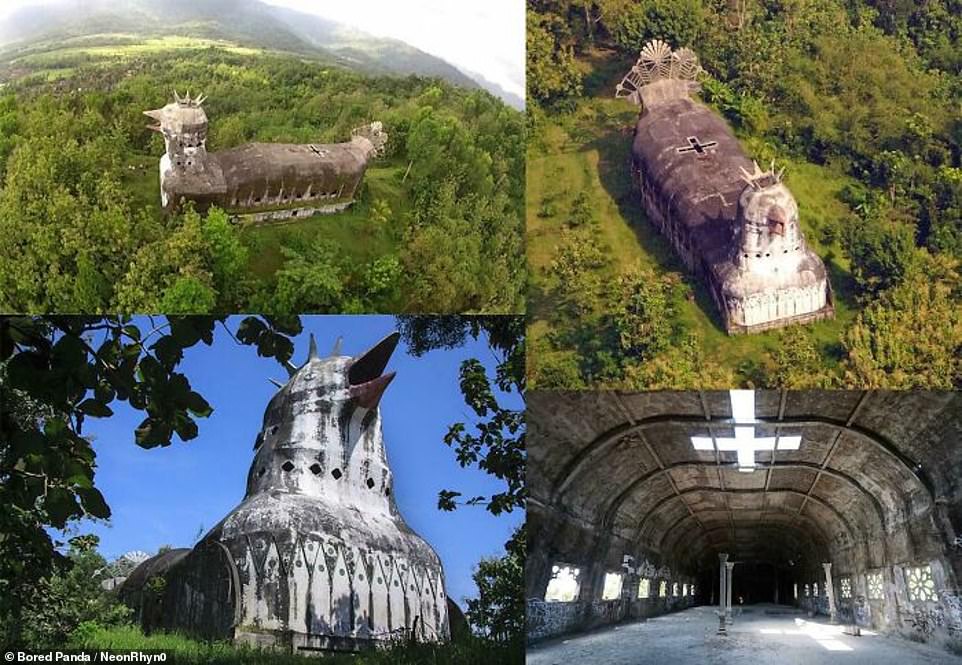 This church, nicknamed ‘Chicken Church’ is located in Java, Indonesia. It opened in 2000 and earned its name due to its shape, which resembles a hen 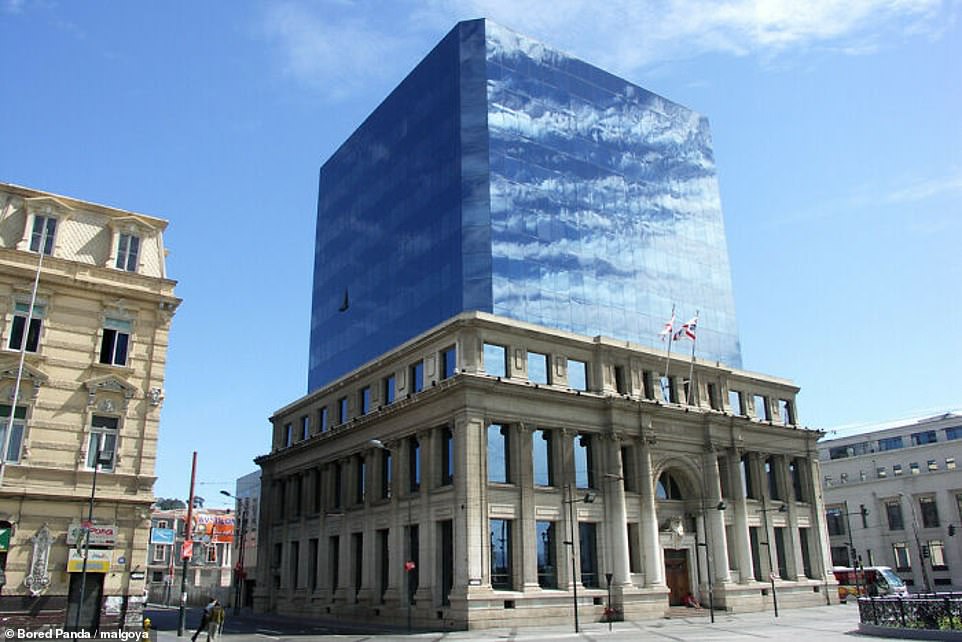 Sky’s the limit! In Chile, this impressive classic building was updated with light-reflecting glass windows that makes it almost indiscernible from the sky 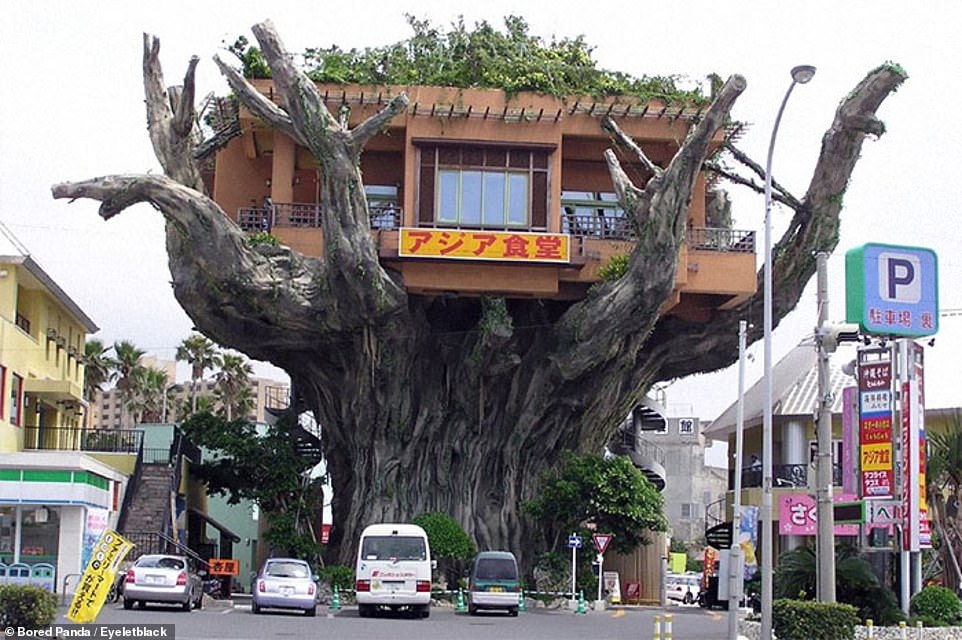 In Okinama, this restaurant was built to resemble a giant tree-house. It has unfortunately been demolished since, but must have been very popular 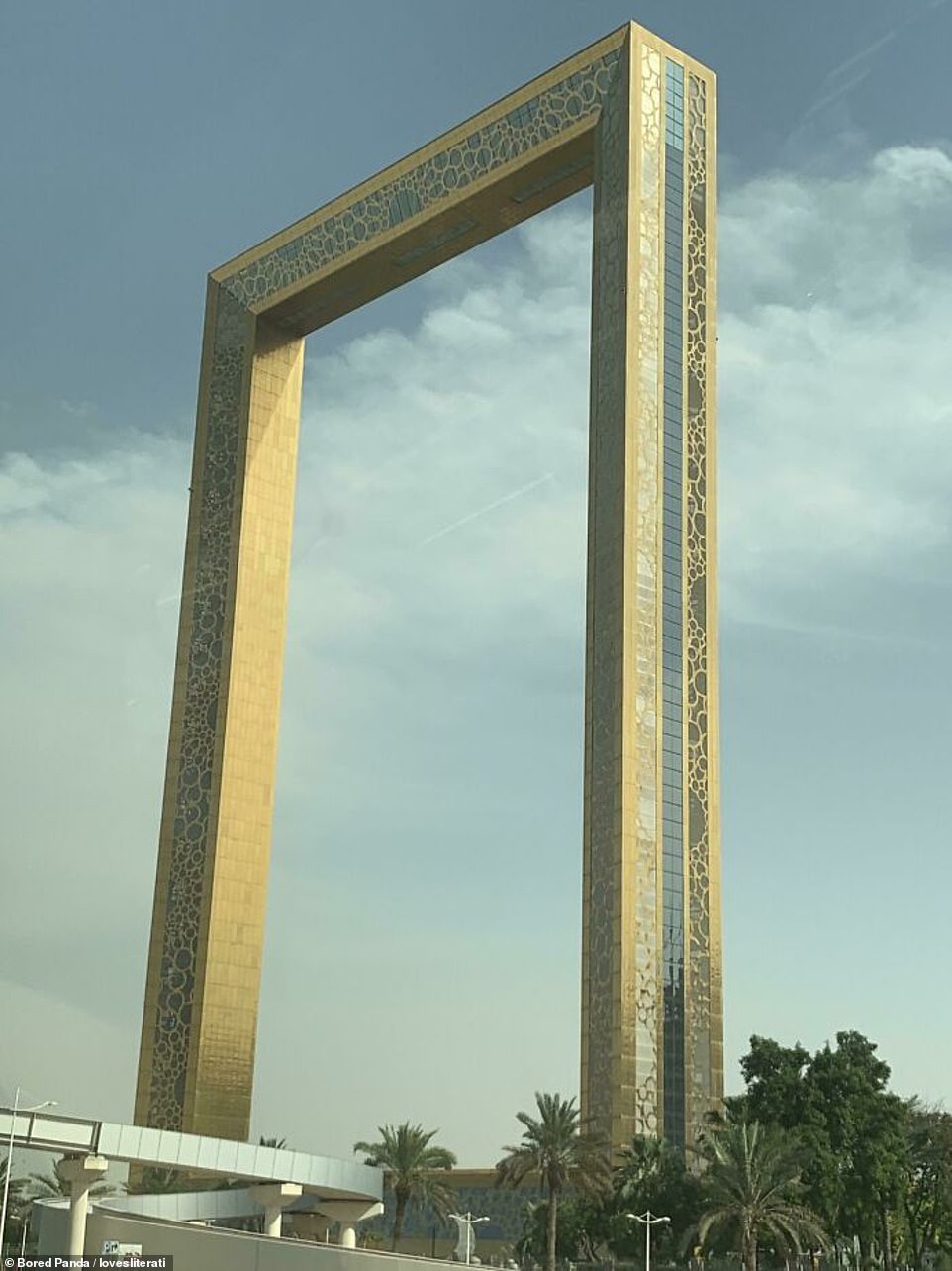 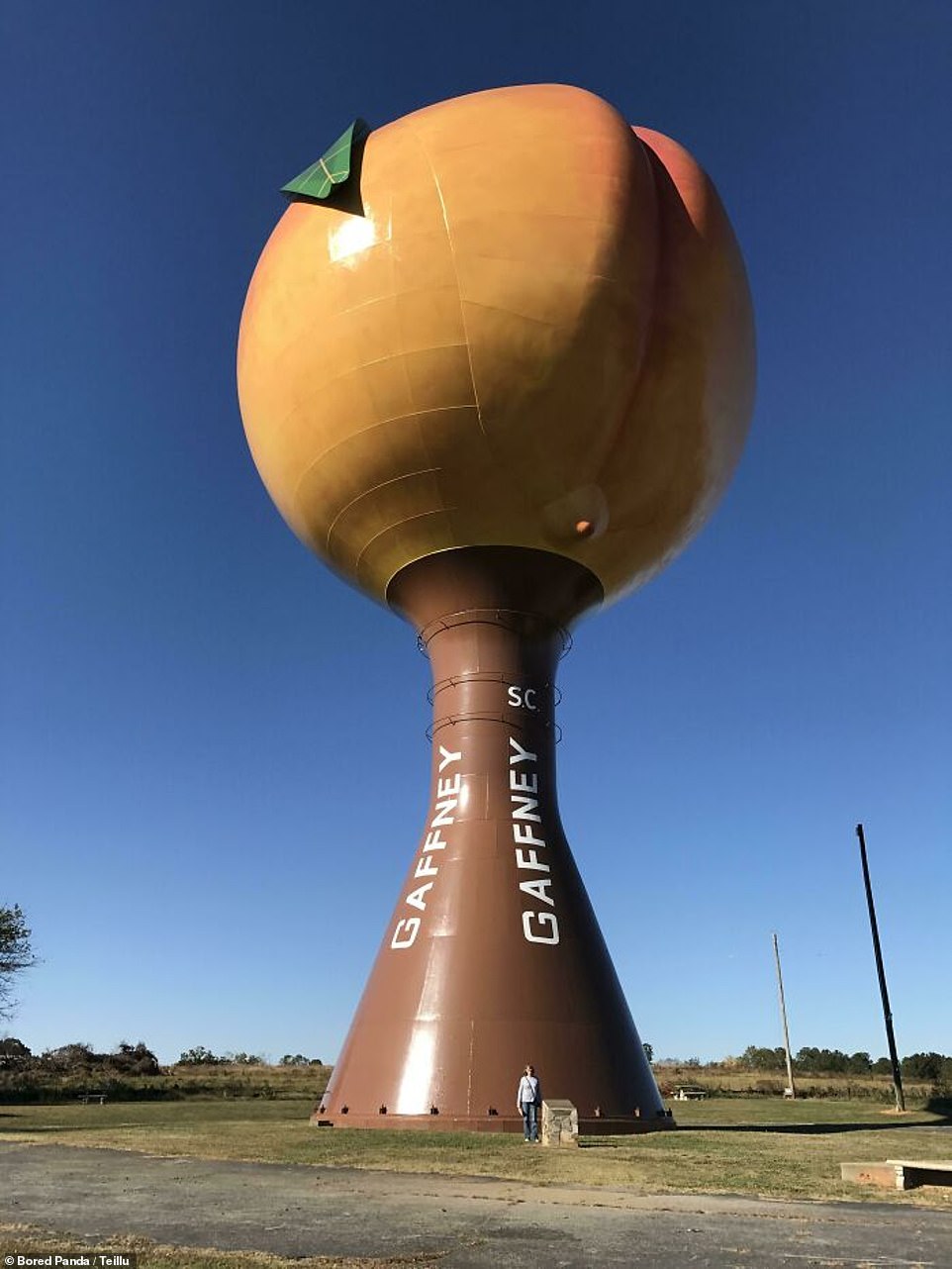 In Gaffney, South Carolina, this water tower, which is a 41 metre tall, is shaped like a peach that would make Roald Dahl very happy 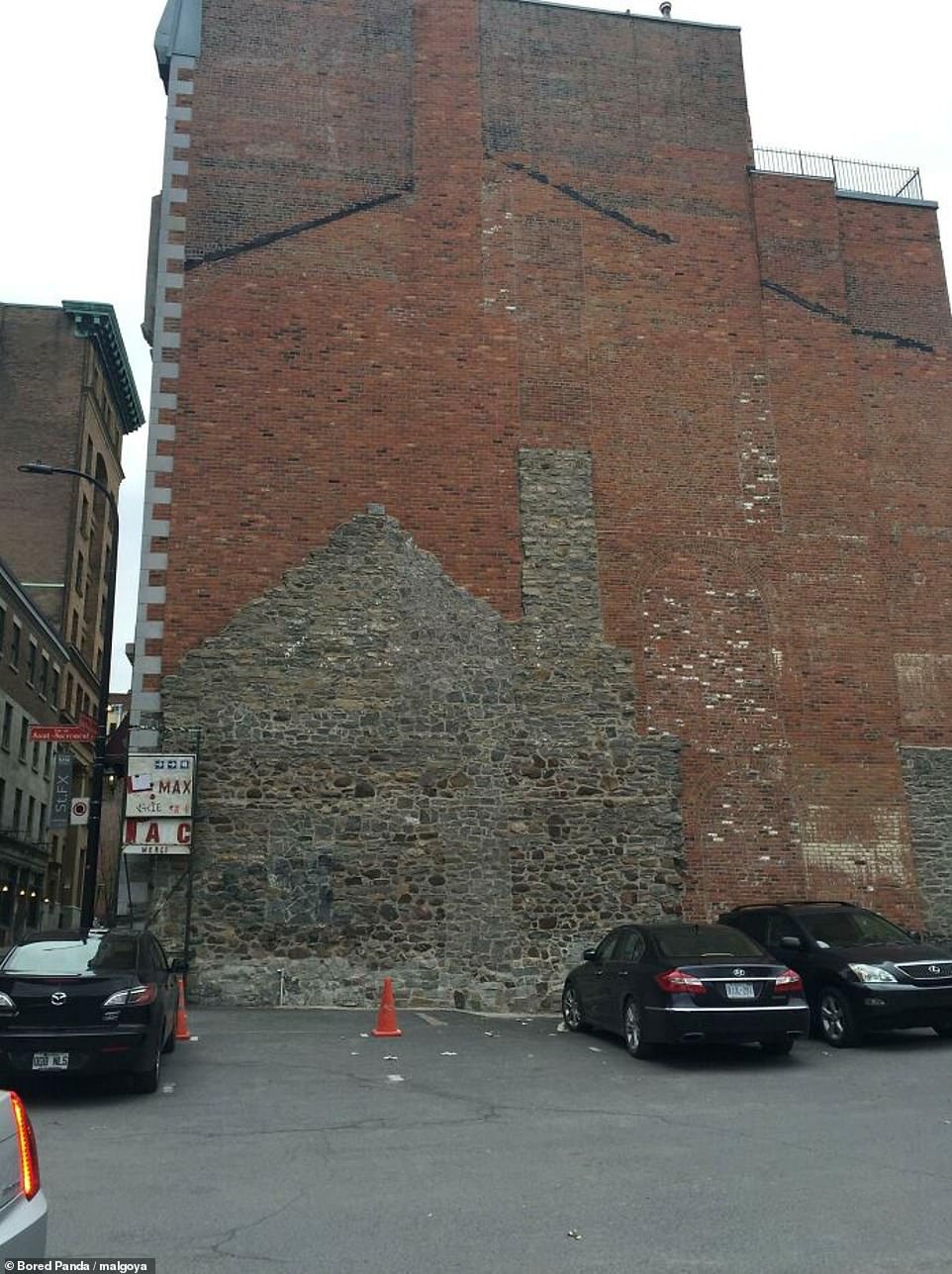 If you look at the masonry of this building, you can immediately see how it turned from a small house with a chimney to a bigger structure