NSW Premier Dominic Perrottet insists the Liberal Party will claim back Kiama in the state election and wrest control of the seat from his suspended former colleague MP Gareth Ward, who turned independent after being charged with sexual assault.

The Liberal Party is yet to name a candidate for the south coast electorate less than three months out from the March poll, attracting criticism from NSW Labor leader Chris Minns who named his party’s candidate in August last year.

Brushing off the delay on Tuesday, the Premier said he anticipated a local candidate would be named soon.

“Absolutely. That’s my expectation,” he said. “The Liberal Party is going to win the seat of Kiama.” 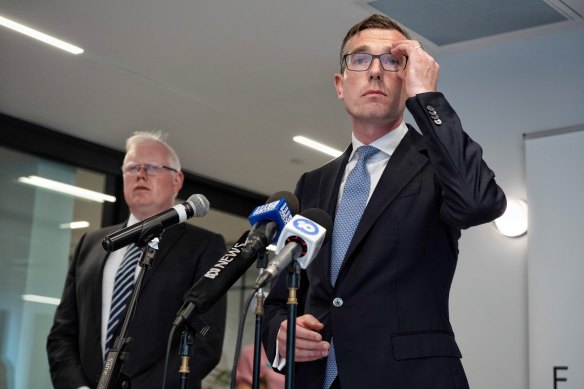 Ward was forced to resign from the government ministry and move to the crossbench in May 2021 after he revealed himself to be the subject of a criminal inquiry into historic sexual abuse allegations, which he strenuously denies.

He was later stood down from the NSW parliament after a successful government motion to suspend him until a jury verdict is returned on the charges against him. 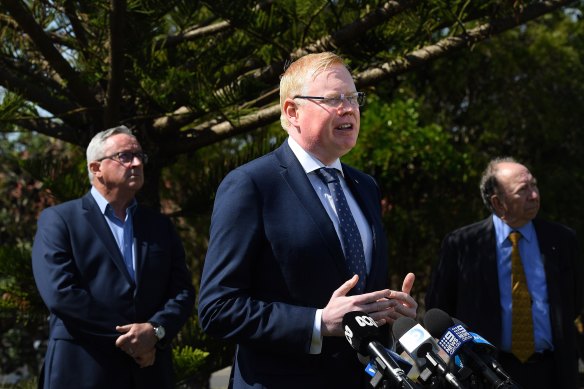 Ward, who is yet to formally announce he will run for Kiama, told the Herald on Tuesday that he remained committed to working hard for his electorate, which he holds on a margin of 12 per cent.

“I am happy to allow my record of action and delivery to stand any day of the week. Political parties can say whatever they want about candidates,” he said. “People will have the chance to have their say at the election, and when it comes to elections, the people always get it right.”

When asked why the Liberal Party was yet to finalise a candidate to challenge Ward in Kiama so close to polling day, Perrottet said it was ultimately a matter for the party membership and the party executive.

“They’re working through that, and they’ll have a candidate soon. Obviously, they are matters for the Liberal Party. My job as premier of the executive is to run the government, and that’s what I’m doing,” he said.

Minns called out the government for failing to put a candidate in the field, with Labor having announced its Kiama candidate – former journalist Katelin McInerney – more than five months ago.

“[Perrottet] should be upfront with the people of Kiama and the people of NSW, whether tacitly he endorses Gareth Ward for the next state election, whether he will preference Gareth Ward as he stands as an independent,” Minns said.

“Gareth can’t even step inside the NSW parliament. That suspension is in place. And I think a government that’s relying on his vote to form majority government is an illegitimate one in the state.”

Ward is a former minister for families and communities and disability services. He has vehemently vowed to fight the charges against him, which relate to the alleged indecent assault of a 17-year-old boy in 2013 and the sexual abuse of a 27-year-old man in 2015.

“I am innocent, and I intend to prove it,” he said in a statement emailed to constituents last year.

“While I strongly support the right of genuine victims to bring forward allegations, accused persons equally are entitled to the presumption of innocence, have the right to refute allegations made against them and should be allowed the opportunity to defend themselves from claims that are simply untrue.”

The matter, which has previously been deferred, will return to the District Court for mention in February.