Glamorous personal trainer, 37, shares how she completely transformed her physique after having two children: ‘I was told my body was ruined’

Australian personal trainer Emily Skye has shared a video showing how her body has transformed after giving birth twice.

The 37-year-old from Queensland was told pregnancy would ‘ruin’ her body and she’d ‘never’ get her toned physique back.

By exercising consistently and eating nutritious foods over nearly two years, the mum-of-two was able to shred the baby weight.

In the Instagram video, Emily exposed how she looked one month after giving birth compared to two years post-partum. 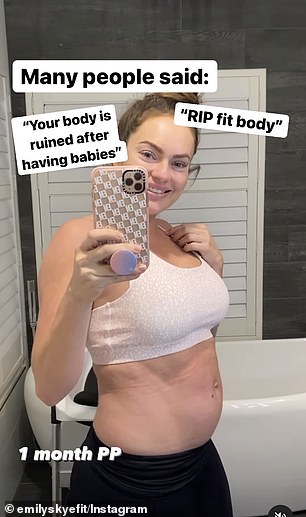 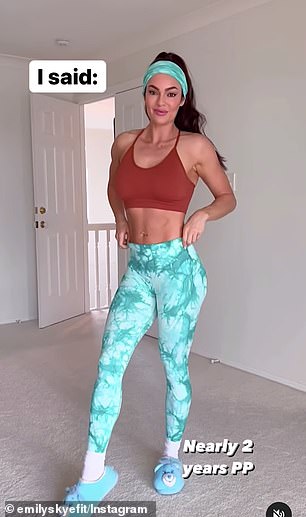 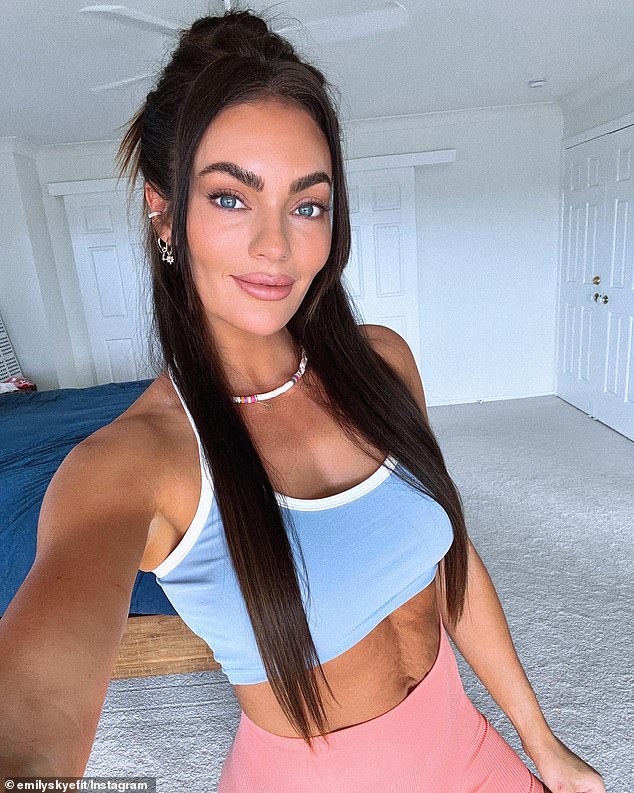 Along with an Instagram video, Emily wrote: ‘I’m happy to say that I’m fitter & stronger than I’ve ever been & keep getting stronger!’

The first snippet of the clip shows Emily’s post-pregnancy bump, while the second part of the video shows her ‘sculpted’ abs and toned arms.

Along with the video, Emily wrote: ‘I’m happy to say that I’m fitter & stronger than I’ve ever been & keep getting stronger! (Take THAT haters).’

The motivated fitness expert shared the clip to inspire other mums not to give up on themselves after becoming a parent.

‘I truly want you all to feel as good as I do, it really is the best feeling! I completely understand how hard it is to begin & to even imagine reaching your goals when they seem so far away,’ she wrote.

‘I didn’t feel motivated when I started back training after each baby – in fact it was a DRAINER…I just wanted to stay on the couch.’

During her 24-month transformation Emily said some days she couldn’t get through a full training session – but rather than pushing through she listened to her body by resting as needed.

She was also motivated by her end goal that pushed her into ‘robot mode’ on most days to ‘get the job done’.

Emily added how the most important aspect for anyone wanting to transform their body is to stay consistent and be patient.

‘Being consistent with my training and eating nutritious food is what got me results.. even though it took a while to notice ANY changes – they were happening,’ she said.

‘It’s important to remember that everyone has different starting points and nobody’s journey is going to be the same.’

Emily also recommends avoiding comparing your journey to others on social media and opt for self-love and care. 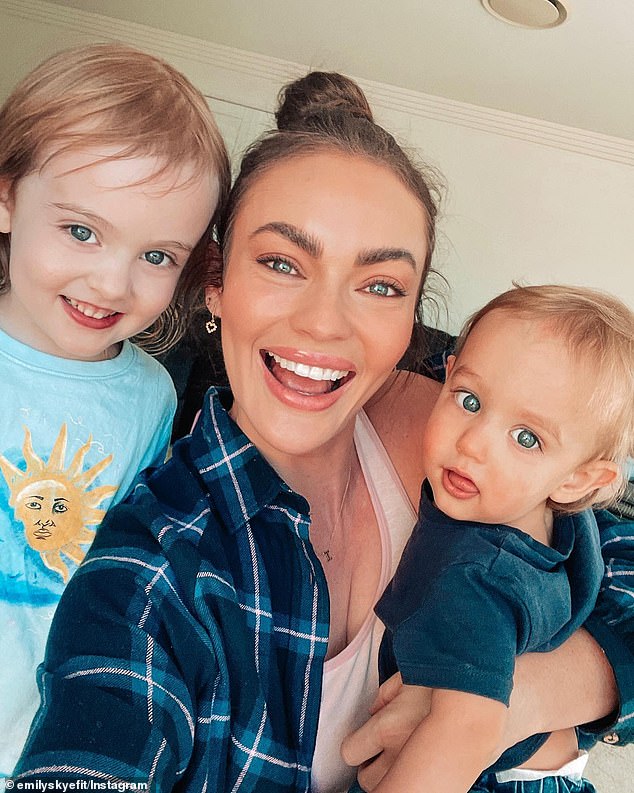 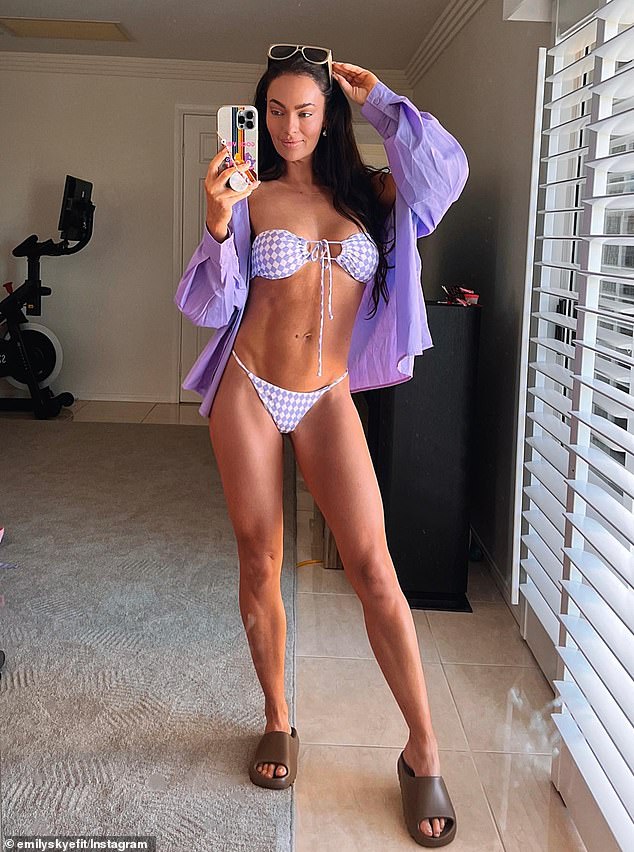 ‘Being consistent with my training and eating nutritious food is what got me results.. even though it took a while to notice ANY changes – they were happening,’ she said

The inspiring video has since been viewed more than 1.1million times and has been dubbed ‘realistic’ by others online.

‘You made me actually feel excited to get fit again post-pregnancy and birth. It’s a slow process sometimes but that’s totally ok and it’s worth the hard work. Women need to see more inspiring stories like yours!!’ another added.

A third wrote: ‘Total inspiration and so genuine, absolutely adore you!’

Emily’s ‘day on a plate’ at a glance

Tea throughout the day