Influencer makes history as Playboy’s first-ever gay male cover star, posing in a version of iconic bunny costume – but Twitter is baffled by guy-focused magazine’s ‘nonsense’ choice to feature a man on its front

Playboy has made history by featuring its first-ever gay male cover star on the front of its October 2021 digital issue, dressing influencer Bretman Rock up in one of its iconic Playboy Bunny costumes.

Bretman, a 23-year-old from the Philippines who first found fame on YouTube and Vine, was also the star of this year’s MTV reality show MTV Following: Bretman Rock.

While Bretman isn’t the first man to get his own Playboy cover — singer Bad Bunny and founder Hugh Hefner himself have both starred alone on the front of the magazine — he is the first to fully embrace the Playboy aesthetic and dress in a corset, heels, ears, and a tail.

The cover choice, which was announced on social media today, has already proven controversial among readers, with some applauding Playboy and others insisting the brand has lost touch of what it’s customers want. 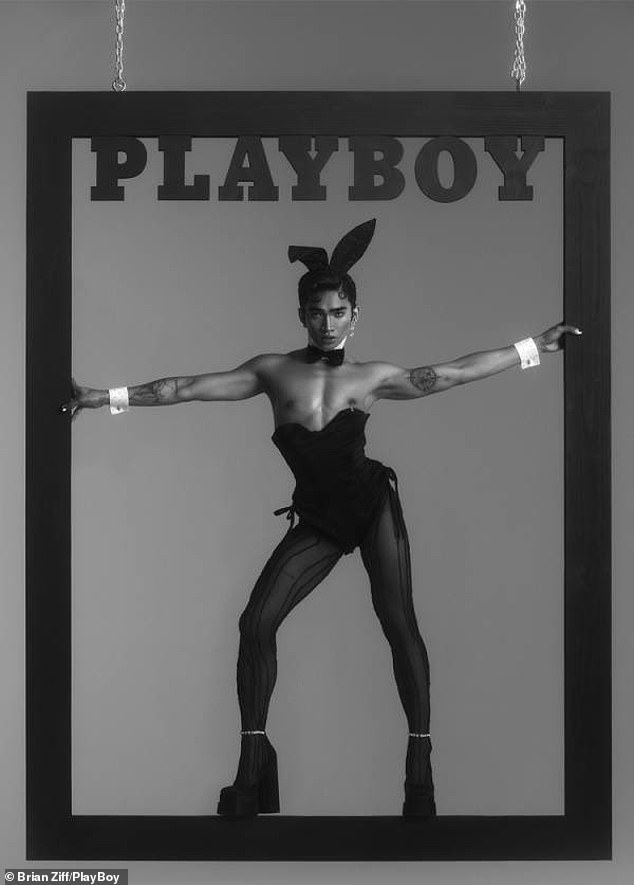 Strike a pose! Playboy has chosen a male model to grace its October 2021 digital cover, dressing influencer Bretman Rock up in one of its iconic Playboy Bunny costumes 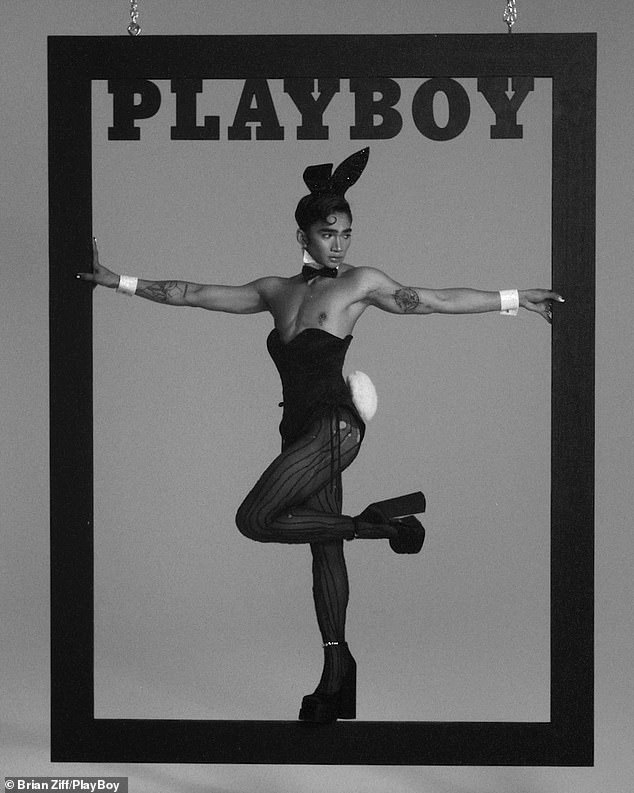 Attitude! Bretman, a 23-year-old from the Philippines who first found fame on YouTube and Vine, was also the star of this year’s MTV reality show MTV Following: Bretman Rock

Bretman, who lives in Hawaii, became famous on social media for his makeup tutorial videos.

He won the People’s Choice Award for Beauty Influencer in 2019 and the MTV Movie and TV Award for Breakthrough Social Star this year.

Neither is he a stranger to the role of ‘playboy,’ though his previous iteration looked a bit different: In 2019, he played the role of ‘The Playboy’ in the YouTube Premium web series Escape the Night.

In the cover photo by photographer Brian Ziff, he models a a black corset that hangs below exposed nipples, a pair of black tights, chunky heels, and the standard Playboy Bunny accessories: cuffs, a bowtie, ears, and a fluffy tail.

Bretman’s followers were thrilled with the shoot, with one writing: ‘This whole look Is everything, from the shoes, the hair, the corset.’

‘Game changer. Opening the way for many others. Thank you,’ said another, while one more added: ‘A magazine made for h**ny heterosexual men just put a gay man on the cover. Yeah. Bretman is a different level of sexy for achieving this.’

Even Glee’s Kevin McHale shared his approval, while others wrote that he was ‘playmate of the year tbh’ and ‘gorgeous.’ 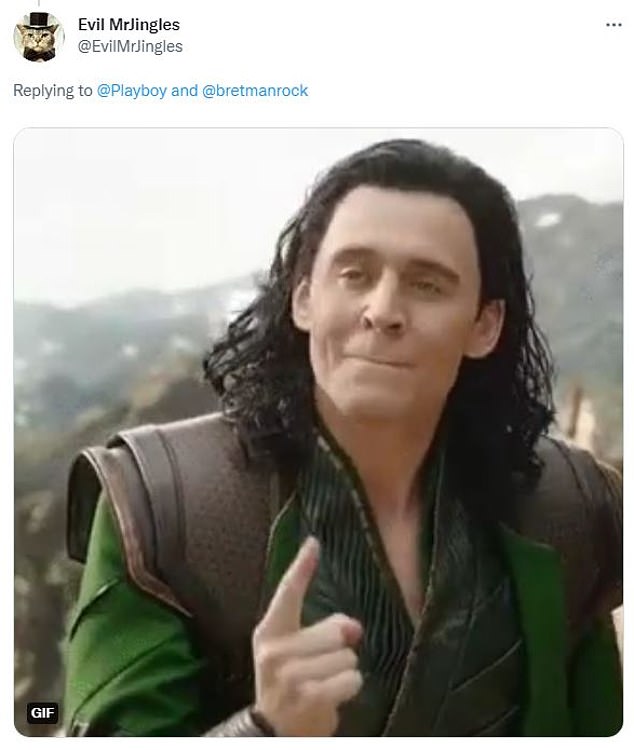 Not fans: Critics are unimpressed, with many wondering why the brand would abandon its core audience

But commenting on the Playboy account’s tweet about the cover, critics were much less impressed, with many wondering why the brand would abandon its core audience.

‘There are appropriate magazines for this homie to be featured. You guys have gone left! I’m out play boy, I’ve been a fan since the early 90S. I’m not anti gay or trans or anything, this is just none sense!’ wrote one.

‘So, a magazine aimed at men that profited off the obvious thing men did with those magazines tries to appeal to its customer base by using a model that will appeal to a small minority of that customer base? Like uhm… your publicity department ok?’ asked another.

‘Got nothing against this dude but couldn’t they just revived playgirl and had him debut on the cover for that since target audience for playboy is straight dudes who prob won’t take to kindly to seeing a man on the cover of playboy,’ said a third.

‘Playboy has been dead for a while now, folks. Case in point as to why,’ added a fourth, while yet another commenter asked, ‘Do they even understand why guys buy or bought playboy????’

Yay! Bretman’s followers were thrilled with the shoot, calling the cover ‘so pretty,’ ‘hot,’ ‘amazing,’ ‘sexy,’ and ‘stunning’

‘I never thought I see the day Playboy would fight the Male Gaze,’ added yet another, while one said it was ‘how to kill a brand in 9 seconds.’

‘Thank goodness Hugh died before you could do this to his legacy,’ said one more.

Men have appeared on the cover of Playboy in the past, but typically dressed in more conventionally masculine clothing.

Hugh Hefner covered a collector’s edition of the magazine after his death in 2017. 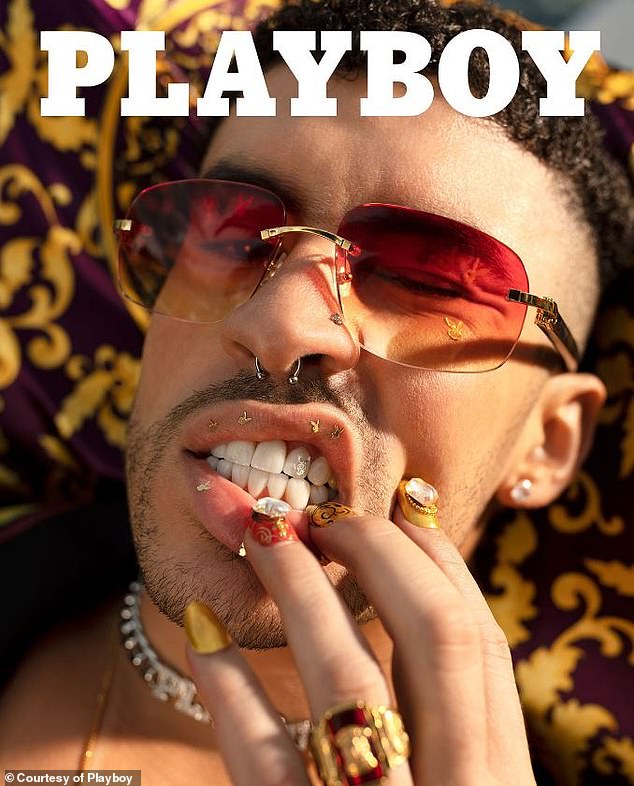 Men have appeared on the cover of Playboy in the past, but typically dressed in more conventionally masculine clothing. Last year, Bad Bunny graced the first digital cover 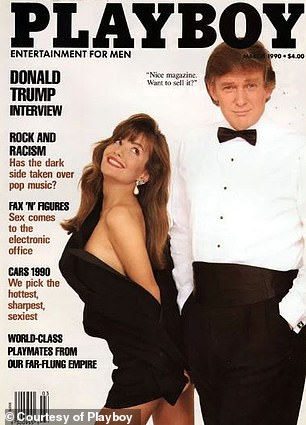 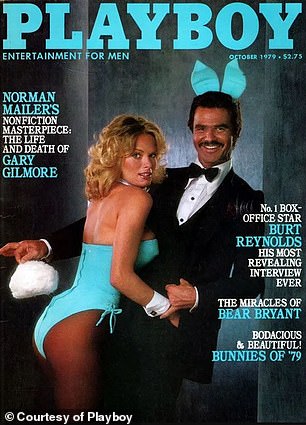 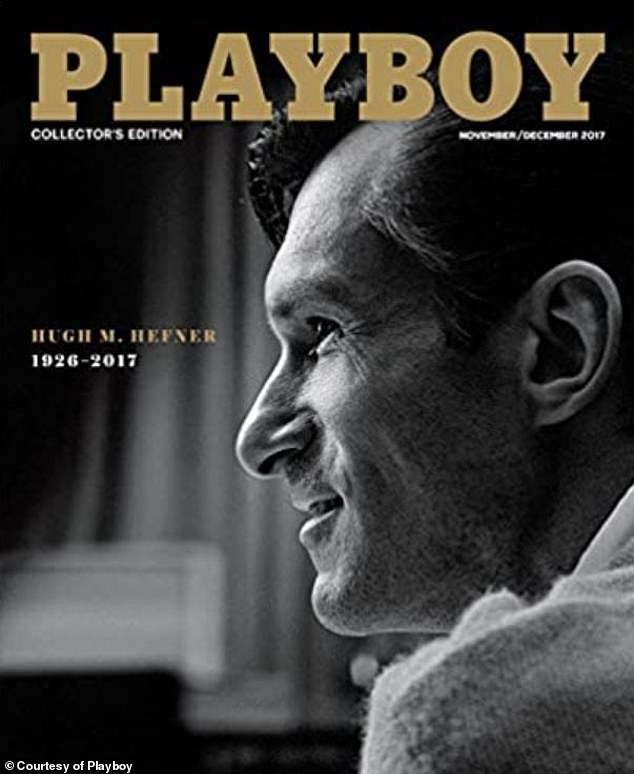