The Cambridge couple “were not in attendance” as Harry, 37, and Meghan, 40, caught up with the queen, 95, on their way to the Netherlands for the 2022 Invictus Games, a source exclusively tells Us Weekly. The Duke and Duchess of Sussex were, however, “very excited” to reunite with Elizabeth, the insider notes.

A spokesperson previously confirmed to Us that the Archewell cofounders made a pit stop in London as they made their way to The Hague for Harry’s annual sporting event, which supports wounded and recovering servicemen and women. The meeting marked the first time Harry and Meghan returned to the U.K. as a couple since their final event as working senior royals in March 2020. The twosome later relocated to California, where they are raising son Archie, 2, and daughter Lilibet, 10 months. 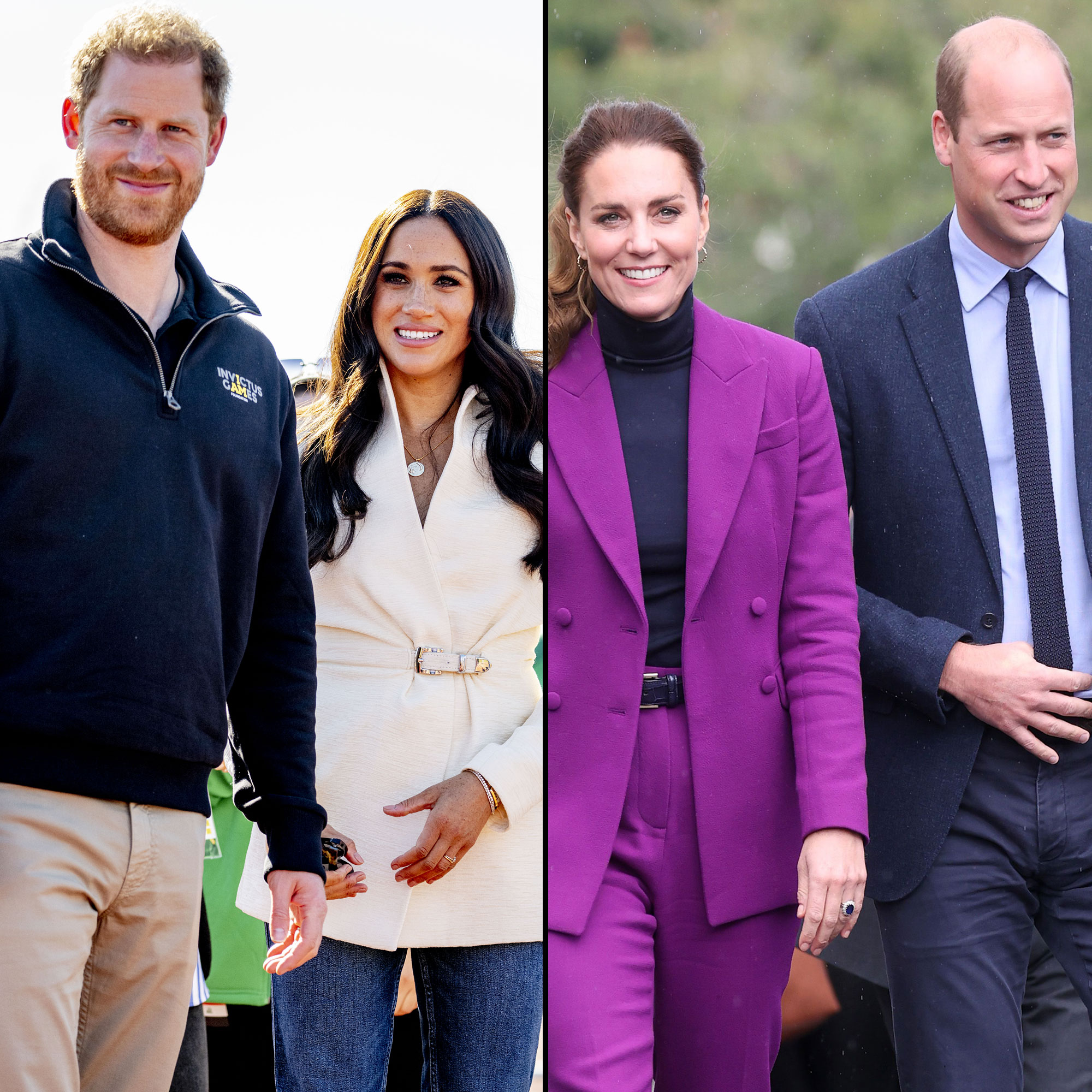 The pair’s downtime with Harry’s grandmother “was very civil and friendly,” a second source tells Us, adding that the Sussexes brought an early birthday gift before the monarch turns 96 on Thursday, April 21. Prince Charles is also said to have made a brief appearance during the family reunion.

The 39-year-old Duke of Cambridge “just happened to be skiing when Harry and Meghan were at Windsor Castle,” a third insider tells Us. “It was purely coincidental. Harry is coming back to visit soon and hopes to see William in person. They are trying to figure things out.”

Per the source, “Harry and Meghan had a wonderful time seeing the queen again. It was one of the biggest highlights of their year so far.”

While speaking with BBC One reporters during a special program dedicated to the Invictus Games, Harry opened up about his visit with Elizabeth. “She had plenty of messages for Team U.K., which I have already passed on to most of them,” he said on Monday, April 18, gushing that it was “great” to see the royal matriarch again. “I’m sure she would love to be here if she could.”

Though tensions have been high within the royal family since Harry and the Suits alum left the palace behind, the couple have remained friendly with Elizabeth. The former military pilot’s relationships with Charles, 73, and William have been more rocky, especially after Harry’s bombshell claims about his relatives during his March 2021 CBS sit-down with Meghan.

The BetterUp CIO has flown back to the U.K. several times since moving stateside, including for the late Prince Philip’s funeral in April 2021 and for the unveiling of a statue honoring the late Princess Diana months later. By the end of the year, a source exclusively told Us that Harry and Charles were making strides in their fractured father-son relationship.

“Charles and Harry are in communication,” the insider noted in December 2021. “There [are] still a lot of issues the two of them need to work out and move forward. … There is still a lot of work to do before their relationship is rebuilt.”

When it comes to his older brother, however, things are still up in the air. Harry previously told the BBC in 2019 that he and William were on “different paths,” and their divide has seemingly grown deeper since. Despite their ups and downs, Harry still wants his children to meet Prince George, 8, Princess Charlotte, 6, and Prince Louis, 3, whom William shares with Kate, 40.

“[They] feel it would be wrong to rob their children of the opportunity of getting to know their cousins,” an insider told Us in January, noting that “the distance factor” has “obviously” made things challenging for the two families.

With reporting by Natalie Posner