Prince Harry, 36, is famously proud of his military past having served in the forces for 10 years. Some of the Duke of Sussex’s most notable work as a senior royal was linked to supporting veterans. In previous years Harry has had a key role at the annual Remembrance Sunday service in London led by Queen Elizabeth II, 94, at the Cenotaph.

However, this year Harry was unable to attend the poignant commemorations having quit royal life and resettled in the States in March.

Instead, Harry and his wife Meghan Markle, 39, attended a cemetery in Los Angeles to pay their respects.

Photos of the Prince looking sombre as he laid a wreath at the graves of two commonwealth soldiers were shared on social media. 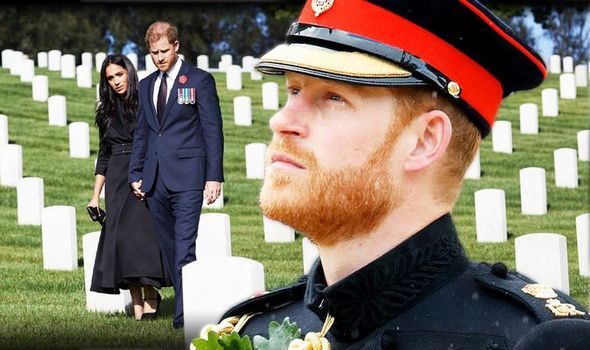 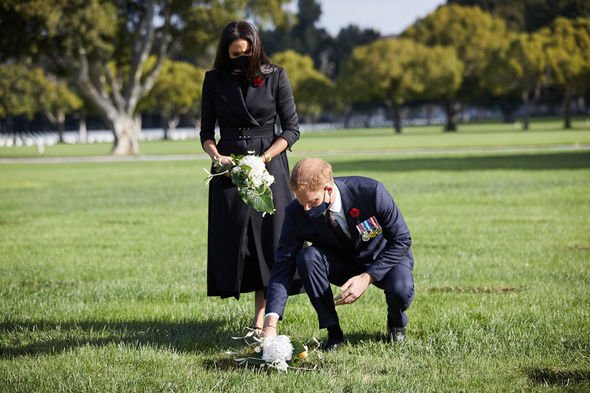 According to Judi as a non-working royal, Harry was able to mark Remembrance Day in a “more personal” manner.

The analyst told Express.co.uk: “Working outside the royal Firm has appeared to give the Prince the opportunity to mark Remembrance Sunday in his own way with his wife at his side.”

As a Royal Family member and a veteran, there was speculation over whether Prince Harry may have a wreath laid on his behalf at the cenotaph in London, but this gesture did not take place.

According to Judi, Harry chose to push ahead with a ‘personal’ tribute to fallen servicemen instead. 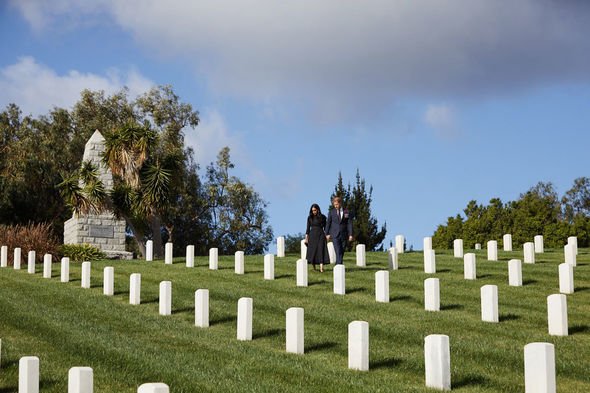 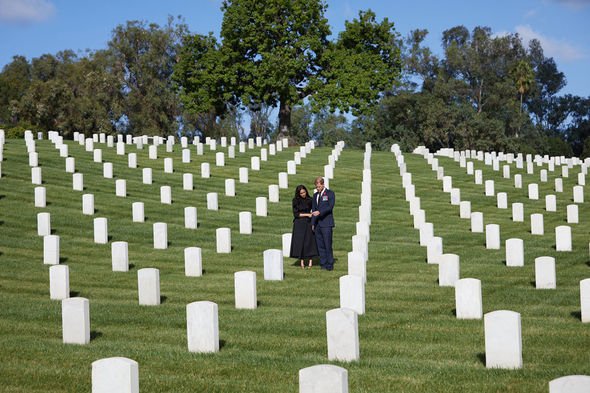 The expert: “Despite reports of his sadness at not having a wreath laid in London, he clearly decided to mark the occasion with a much more personal-looking display of grief, posing for his photographer like a man visiting the grave of a colleague ore even relative rather than a royal appearing in front of the nation.”

Judi said: “Meghan stands slightly behind her husband to show that the moment is his here, although the clasped hands suggest emotional support.”

Judi claimed Harry’s facial expressions are “are more emphatic and open” than they would have been if he were carrying out an official engagement.

Meghan Markle and Prince Harry mark Remembrance Sunday [PICTURES]
Why was Princess Anne the only female royal not on the balconies? [INSIGHT]
Kate joins Camilla on the balcony as Queen stands solemnly alone [VIDEO]

Judi said: “Harry’s brows are steepled and his mouth is held in a tight clamp in a much more emphatic and open grief ritual than we would normally see at the Cenotaph.”

The expert claimed Meghan appears to provide “physical support” to Harry during the poignant visit.

Judi said: “When he and Meghan stand surrounded by the graves to pose for a more poignant-looking photo Meghan almost seems to be supporting him physically, with both hands on his arm.”

The analyst claimed the new photos show a more “isolated” side to the Sussexes new life in the USA. 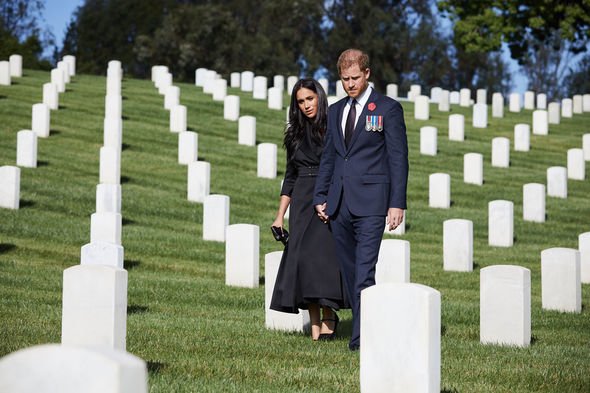 Judi said: “The couple choose to stand in a way that suggests isolation here and the suggestion from Harry’s expressions and poses is that he is not only grieving but also possibly saddened by the new levels of tie-cutting from his family and his royal position in the UK.”

Prince Harry is understood to have been deeply hurt by the decision to strip him of his honorary military titles following his royal departure.

While the Duke has kept the ranks he earnt while serving in the army, he had to give up his Captain-General of the Royal Marines title as part of the royal exit deal reached with Queen.

Harry and Meghan are unlikely to return to the UK for a visit before 2021.