Pretty woman! Queen Letizia of Spain displays her feminine side in stunning polka dot dress as she hands out prestigious awards in Valencia

Queen Letizia of Spain, 50, is known for her striking looks and daring outfits.

Recently, she donned red leather trousers for a visit to a Barcelona hospital.

And in October, she showed off her super-toned body in a backless dress as she joined King Felipe at the opening of royal theatre season in Madrid.

Now she has shown her softer side, wearing a long feminine polka dot dress to the 34th Rei Jaume awards in Valencia. 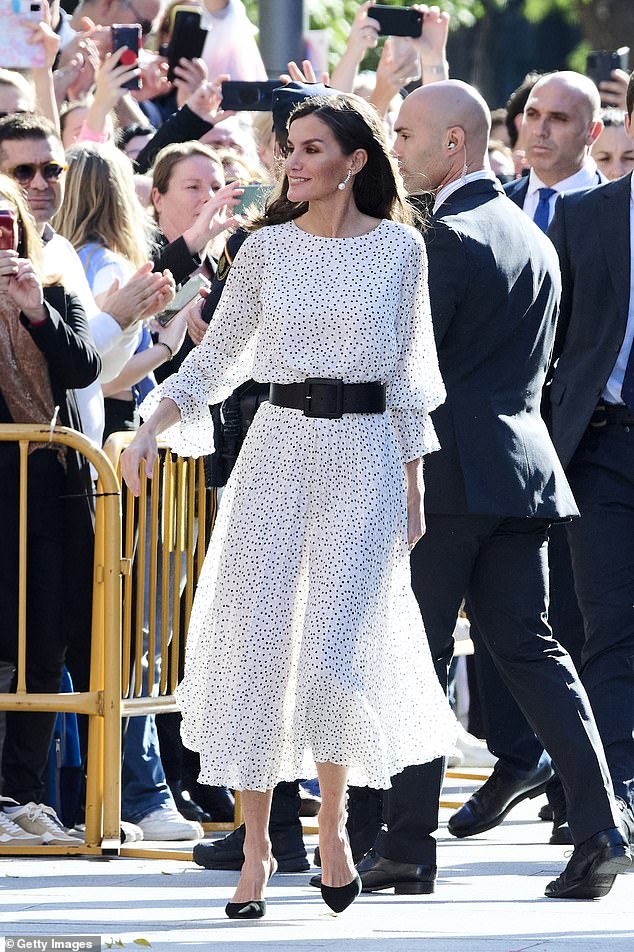 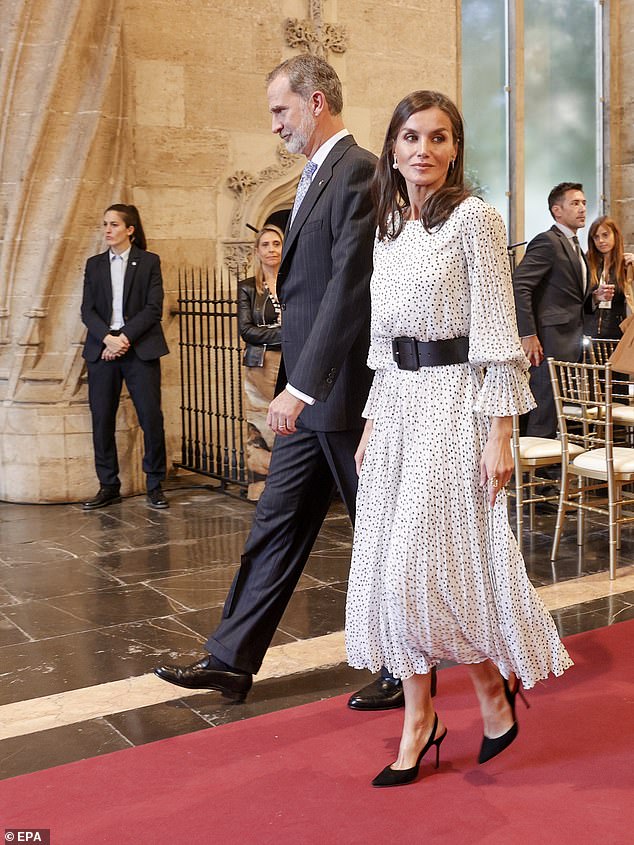 The brunette monarch stunned as she accompanied her husband, King Felipe, at the ceremony

The awards are given annually to recognise achievements in research in a range of subjects, from economics to medicine.

The Spanish monarch accompanied her husband King Felipe of Spain to the ceremony and looked in great spirits as she waved to crowds. 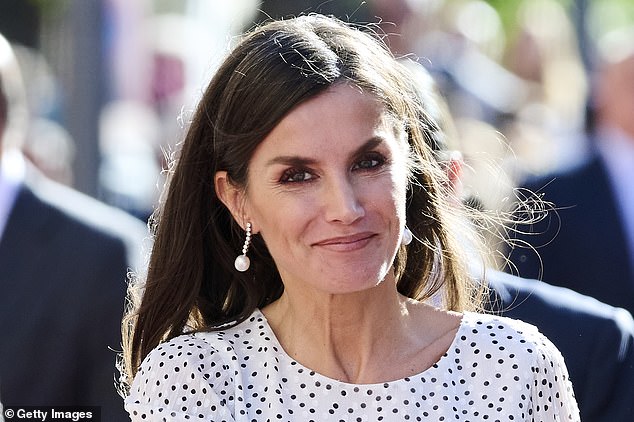 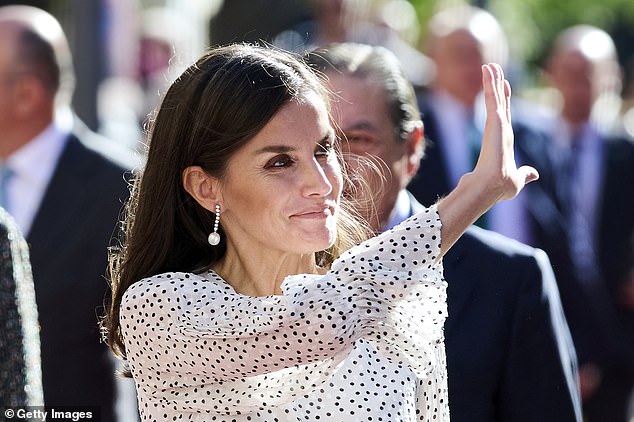 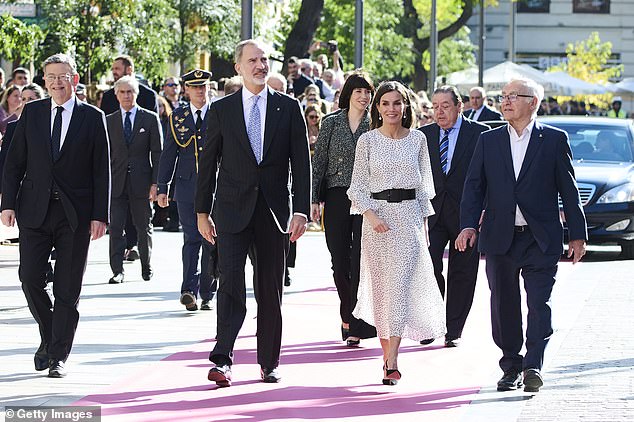 And she accessorised it with a wide Mohelstore Black Coc leather belt and Carolina Herrera Black Suede Slingback Pumps.

She also wore dangly earrings and minimal make-up except for her dark eye-shadow which accentuated her dark eyes.

Her long brunette hair was also worn down, coming just below her shoulders and tucked back behind her ears. 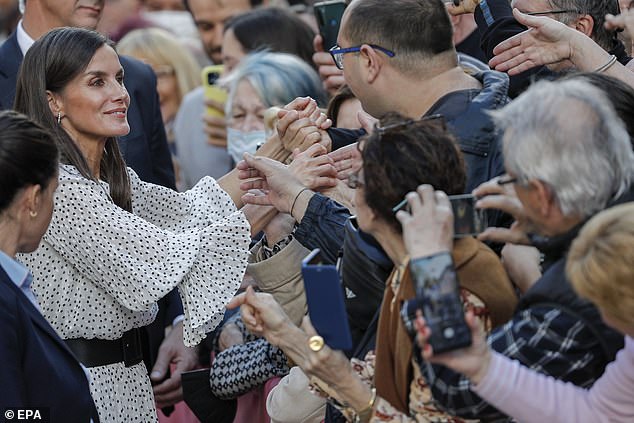 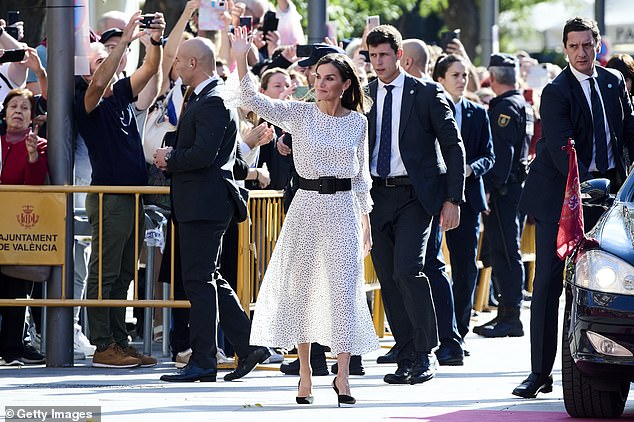 The royal wave: Queen Letizia waved at adoring fans on the sunny day in Valencia, on the east coast of Spain 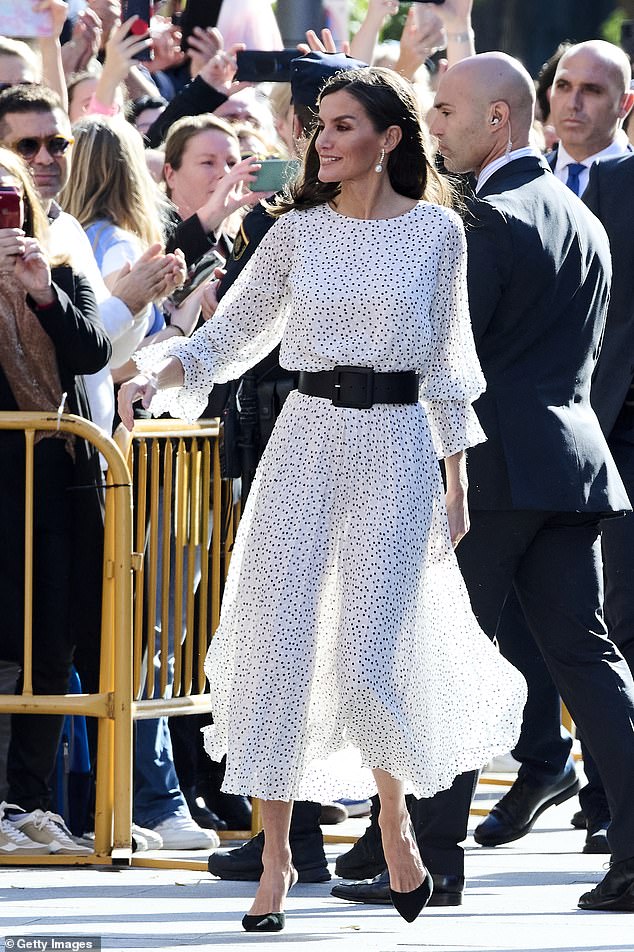 Good spirits: The monarch and mother of two smiled and looked elegant in the floaty feminine dress 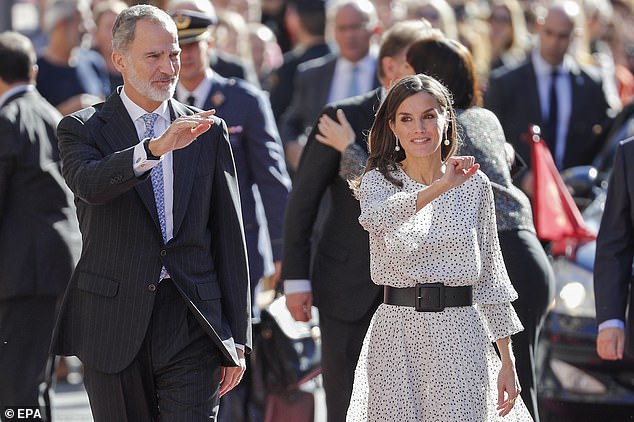 The Queen and her husband, who married in 2004, seemed on top form as they appeared at the awards 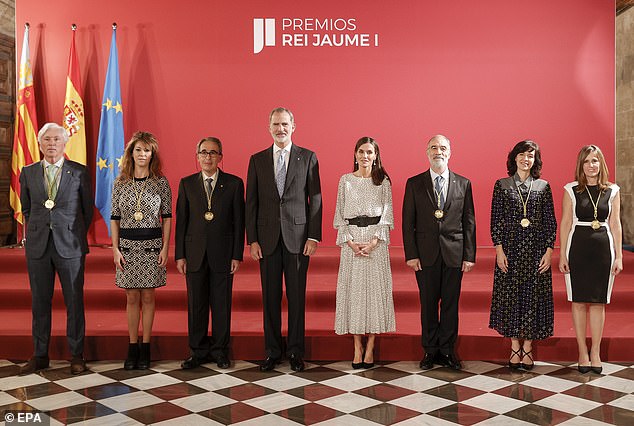 Following the awards, the queen and king (pictured central) posed with the award winners in the fields of medical research, environment and the economy among others 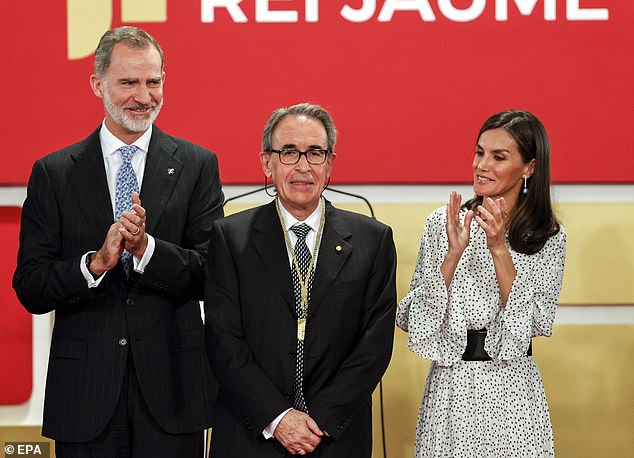 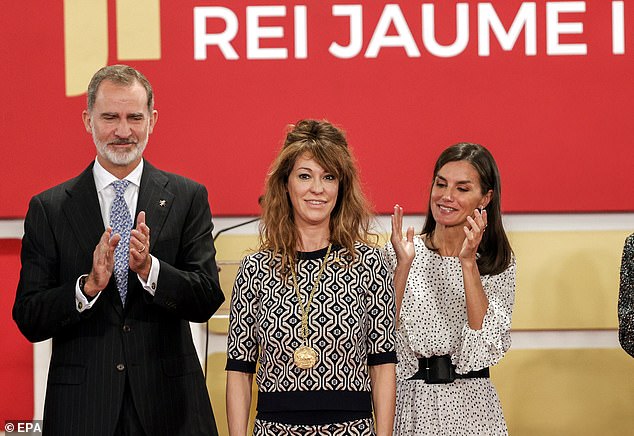 The royal couple also presented an award for economic research to Marta Reynal-Querol, from Barcelona School of Economics (pictured central)

Earlier this month, Letizia wore another stylish dress as she and her husband greeted Paraguay’s President and First Lady for a luncheon at the Royal Palace in Madrid.

She appeared deep in thought as she chatted to their guests, Mario Abdo Benítez and his wife Silvana López Moreira. 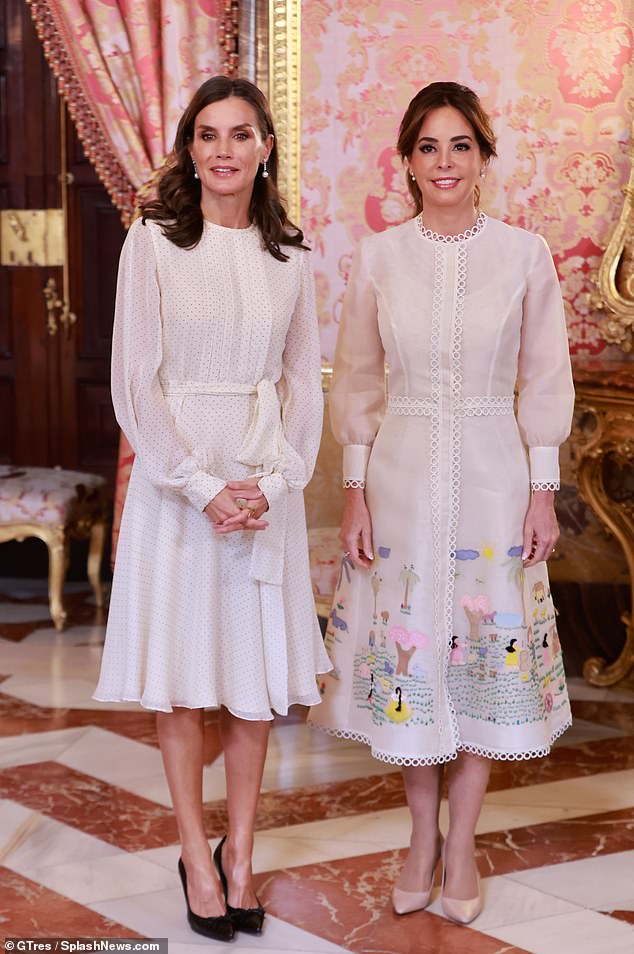 The Spanish Queen teamed her look with black stilettos, opting for a simple, glamorous make-up look which accentuated her eyes.

She wore her chestnut tresses down in loose waves and smiled for photos with the visitors.

Elsewhere her husband looked dapper as he welcomed the President on his state visit in a sleek black suit and periwinkle tie.

In the past, the Queen has sparked concern about her slender figure, despite saying she eats a lot.

She also recently showed off her super-toned arms as she met the national water polo team in Madrid.