A ray of sunshine! Queen Maxima of the Netherlands is vibrant in a bold yellow suit as she visits Make-A-Wish children’s charity

Queen Maxima looked radiant in yellow as she visited Make-A-Wish in Hilversum, The Netherlands on Wednesday.

The mother-of-three, 47, brought the sun with her as she opted for a bold two-piece suit, which she wore over a black round-neck top.

Renowned for her sartorial prowess, the Dutch royal paired the outfit with black accessories as she was greeted at the entrance of the building.

The engagement was to mark their 30th anniversary of the charity – which fulfills wishes for ill children aged between 3 and 18. 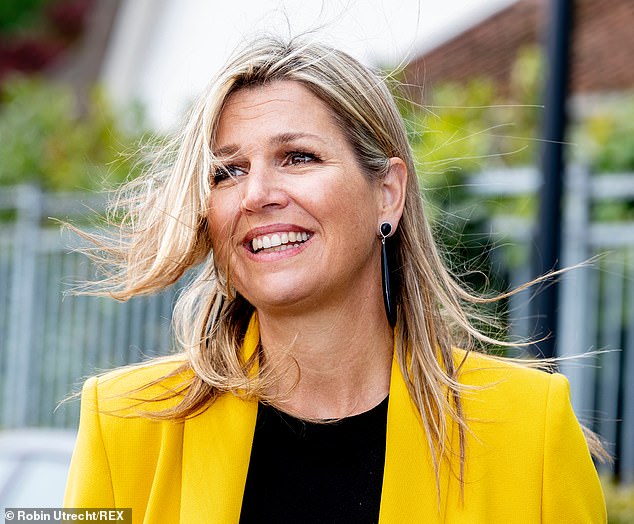 Queen Maxima, 47, looked radiant in yellow as she visited Make-A-Wish in Hilversum, The Netherlands on Wednesday 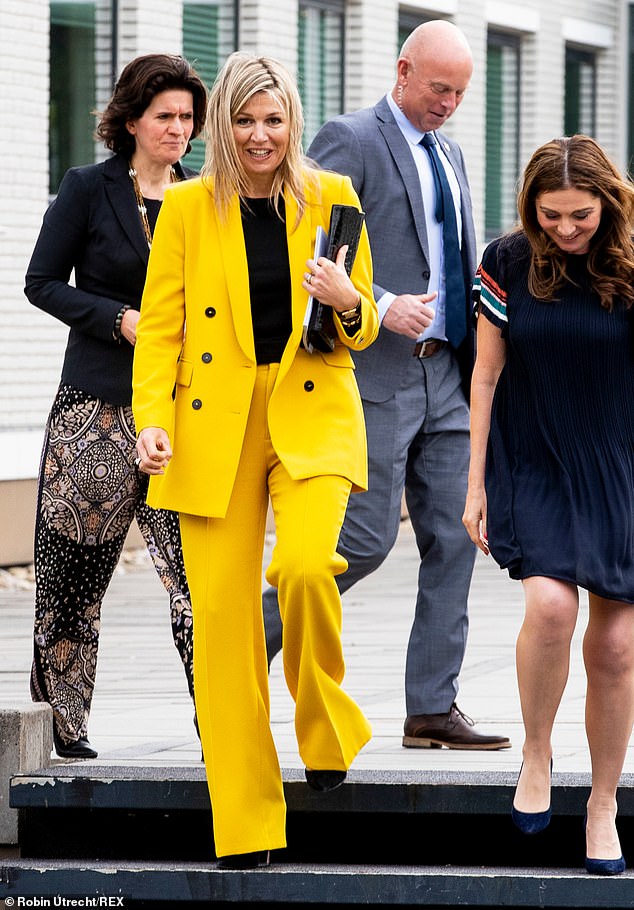 The Dutch royal wore a black round-neck top underneath and opted for black accessories to complete the look, including a clutch, court shoes and a folder which she held in her left hand

Wearing her hair loose, the royal tucked the front tresses behind her ears to prevent them from blowing in the breeze.

She was on her usual stylish form pairing her suit with black heeled court shoes, a clutch and what appeared to be a folder in her right hand.

The statement on the children’s charity website reads: ‘Fulfilling a dearest wish each child a special effect, but for children with life-threatening illness in particular.’

‘It gives these children, who often because of their illness are especially patient, the power to be children. Achieving a dream for their future can mean a world of difference.’ 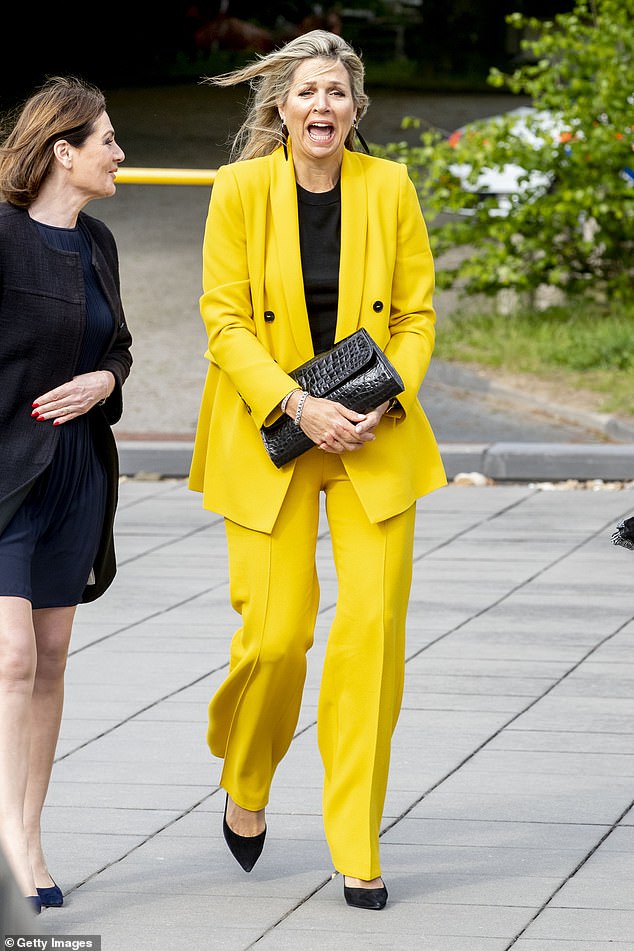 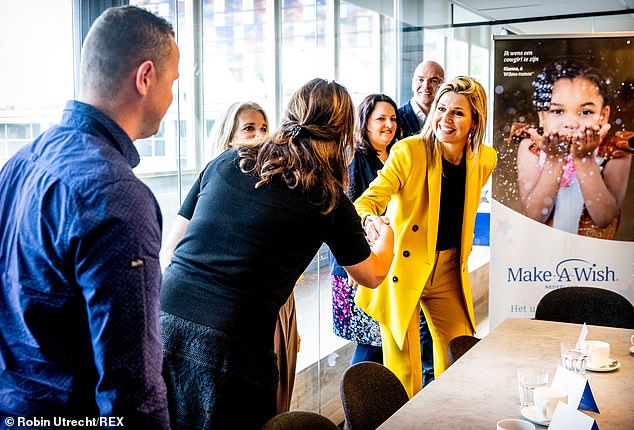 And it’s not the first time Maxima has opted for a striking number to bring a splash of color to proceedings.

She paired a bright pink A-line dress by designer Oscar de la Renta with a black fascinator for an engagement in Utrecht on April 18.

She stood out in the vibrant fuchsia flared midi dress, which she similarly teamed with black accessories – and the same earrings she wore today. 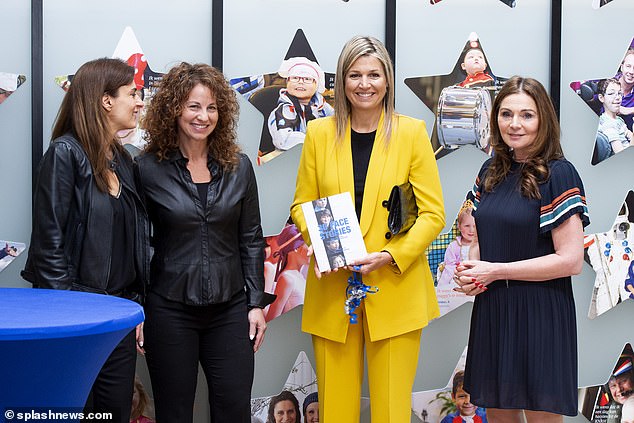 The engagement was to mark their 30th anniversary of the charity – which fulfills wishes for ill children aged between 3 and 18. Pictured, Queen Maxima posed alongside members of staff 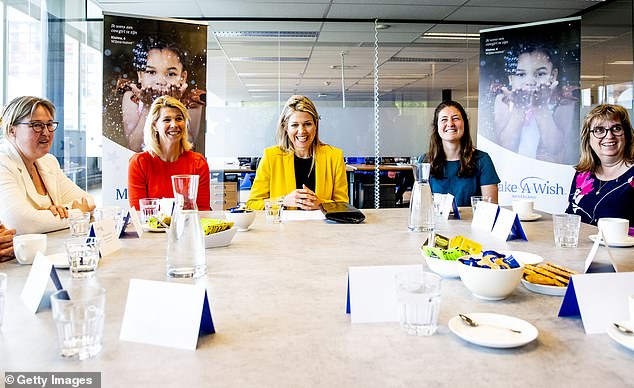