FINDING a rare coin in your change could be a way of making some quick cash – especially if it's a rare bronze 20p. 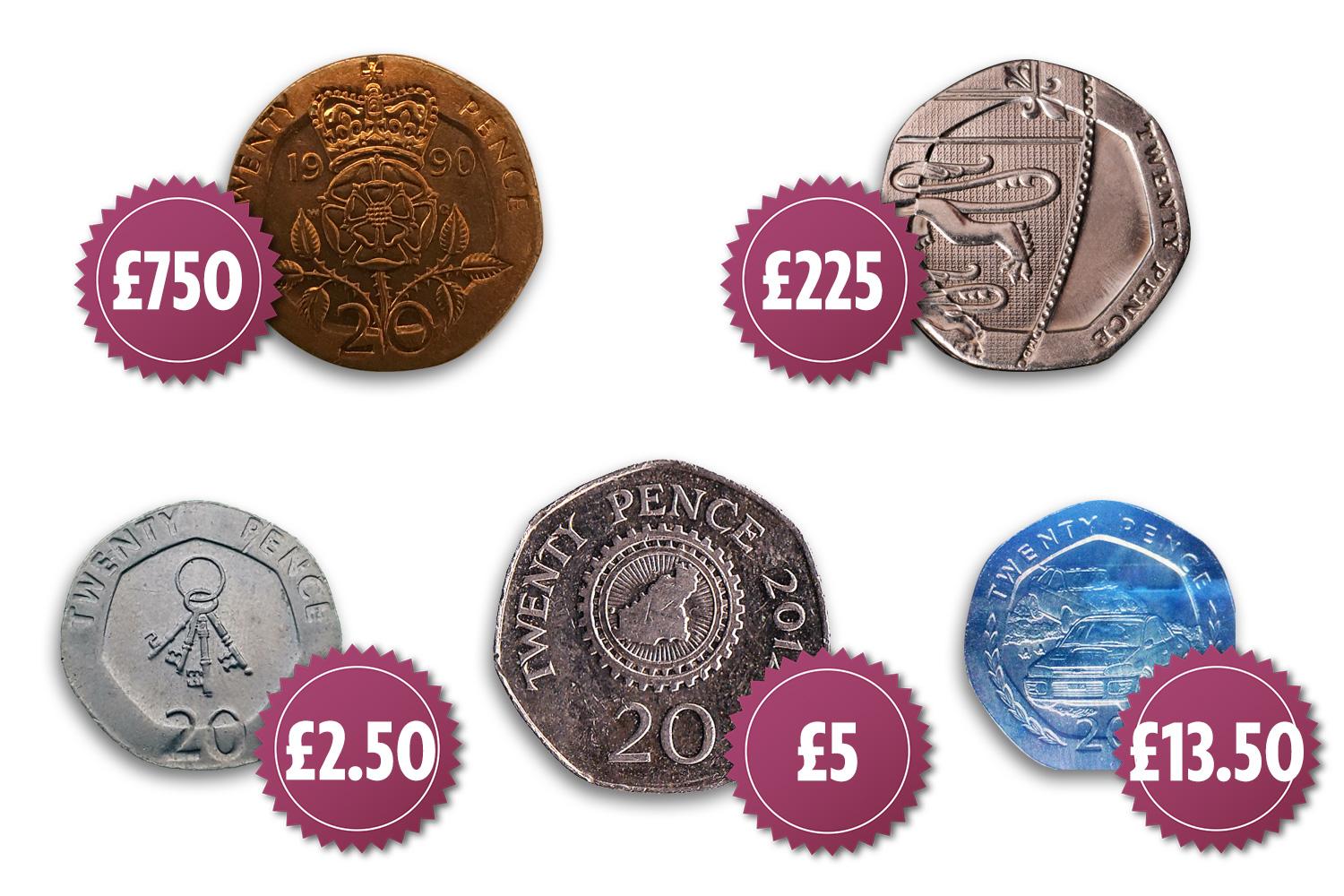 Unlike 50p and 10p coins, the 20p design has remained almost the same since it was first minted back in 1982, making only a handful of them actually valuable to a collector.

The BBC recently discovered that there were no 20p coins minted in 2017 – the year the new, twelve-sided £1 coin was launched.

The Treasury said no more were needed after thousands of older 20ps coins reentered circulation when Brits found them in change jars at home in their search for old round £1 coins.

The Royal Mint is yet to release figures on how many were made in 2018, but you'd think that the last coins minted in 2016 would be valuable to collectors.

Instead, we've found that they're actually only worth face value.

The 20p coins that are worth the most are "mule" ones which have been minted with inaccuracies on them by mistake.

It's not just 20p coins issued by the Royal Mint that are popular either, with ones made in the Channel Islands and Gibraltar also turning a profit online.

We've put together a round-up of the most valuable ones – so keep your eyes peeled. Here's what to look out for: 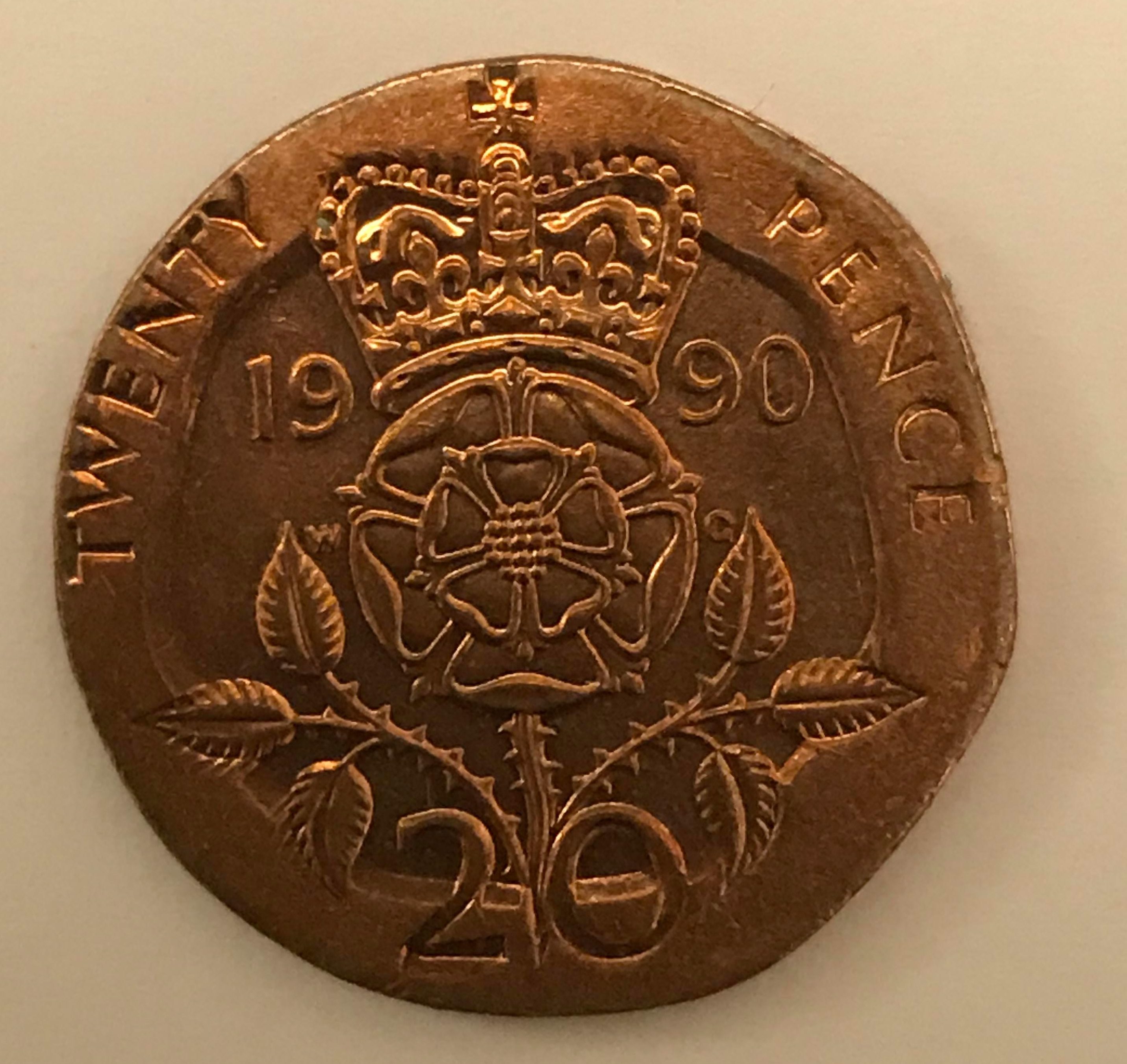 One mistake turned the normally silver 20p coin bronze, after being struck onto a 1p blank that had slipped into the wrong batch.

These are super rare and aren't specific to any year, although one from 1987 did crop up which coin site ChangeChecker ended up giving away as a prize.

Coin enthusiast Colin Bellamy, who runs Coin Hunter, has valued these coins at £750 each.

We've had a look online to see how much these error – or "mule" – coins sell for but it doesn't look like there are any currently available on sale.

They truly are a rare find which could make them worth even more. 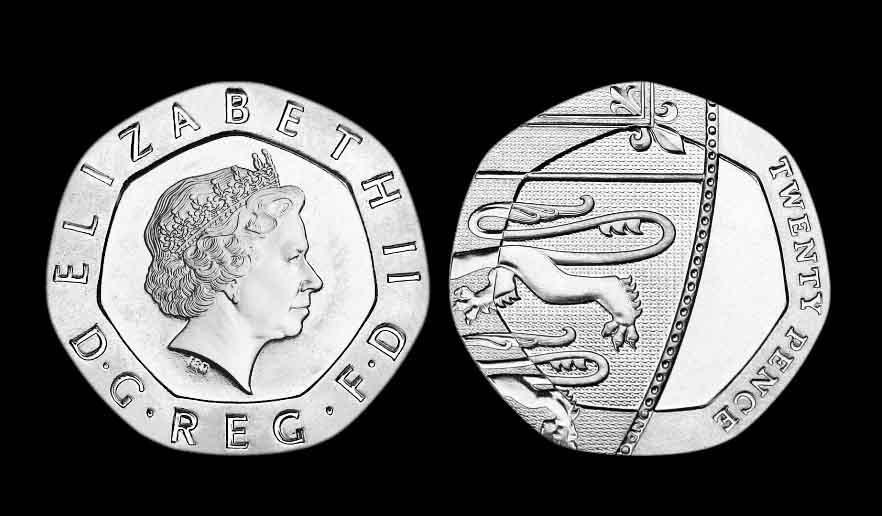 Back in 2009, the Royal Mint accidentally issued up to 200,000 20p coins without a year stamp, making it the first coin in 300 years to be released in circulation without a date.

The coin was circulated after the reverse of each denomination from 1p to £1 was redesigned back in 2008, bringing the date to the "heads" side.

One of these coins sold in November last year for a whopping £224.81, although most of them sell online for around £70.

Look out for the missing date on the side with the Queen's head.

What are the most valuable error coins?

HAVE a rummage through the change in your pocket for a coin that's been minted with a mistake as it could be worth a small fortune.

All 2p coins minted between February 1971 and 1982 should say "new pence" on the front, while those released after this date say "two pence". But in 1983, a glitch meant a batch of 2p coins were printed with the old wording on them making them valuable to collectors.

These coins were accidentally struck on silver and can be easily mistaken for a 10p. James Weller from Kent found one in his change at home. He hasn't sold it yet, but if it sells for anything like other silver 2p coins, then it could be worth more than £1,000.

The rare Standing on the Shoulders of Giants £2 coin has only been stamped on nickel brass, rather than on two types of metal – nickel brass and copper zinc. Approximately 10,270,000 of these types of coins were issued for circulation in 2007.

One of the rarest coins ever, the bronze 20p coin is dated 1987. The Royal Mint said it was the result of an extremely rare minting error, with a blank 1p somehow finding its way into the presses and ending up with a 20p struck onto it.

Not technically a printing error, this coin was originally minted with water passing directly over the swimmer’s face, but it was later modified to include less water so you can see the swimmer more clearly. Experts have valued this one to be worth between £1,000 and £1,500.

Gibraltar and the Channel Isles

It's not just sterling issued in the UK that is worth more than face value – special edition 20p coins from Gibraltar and the Channel Isles can also be valuable to collectors.

While they're not worth quite as much, you can still make a profit if you're willing to part with one.

It's worth pointing out that these coins aren't likely to turn up in your change as UK businesses don't tend to accept Sterling issued by any provider other than the Royal Mint.

But if you've visited one of the islands and still have change in your pocket then it's worth checking for valuable coins. 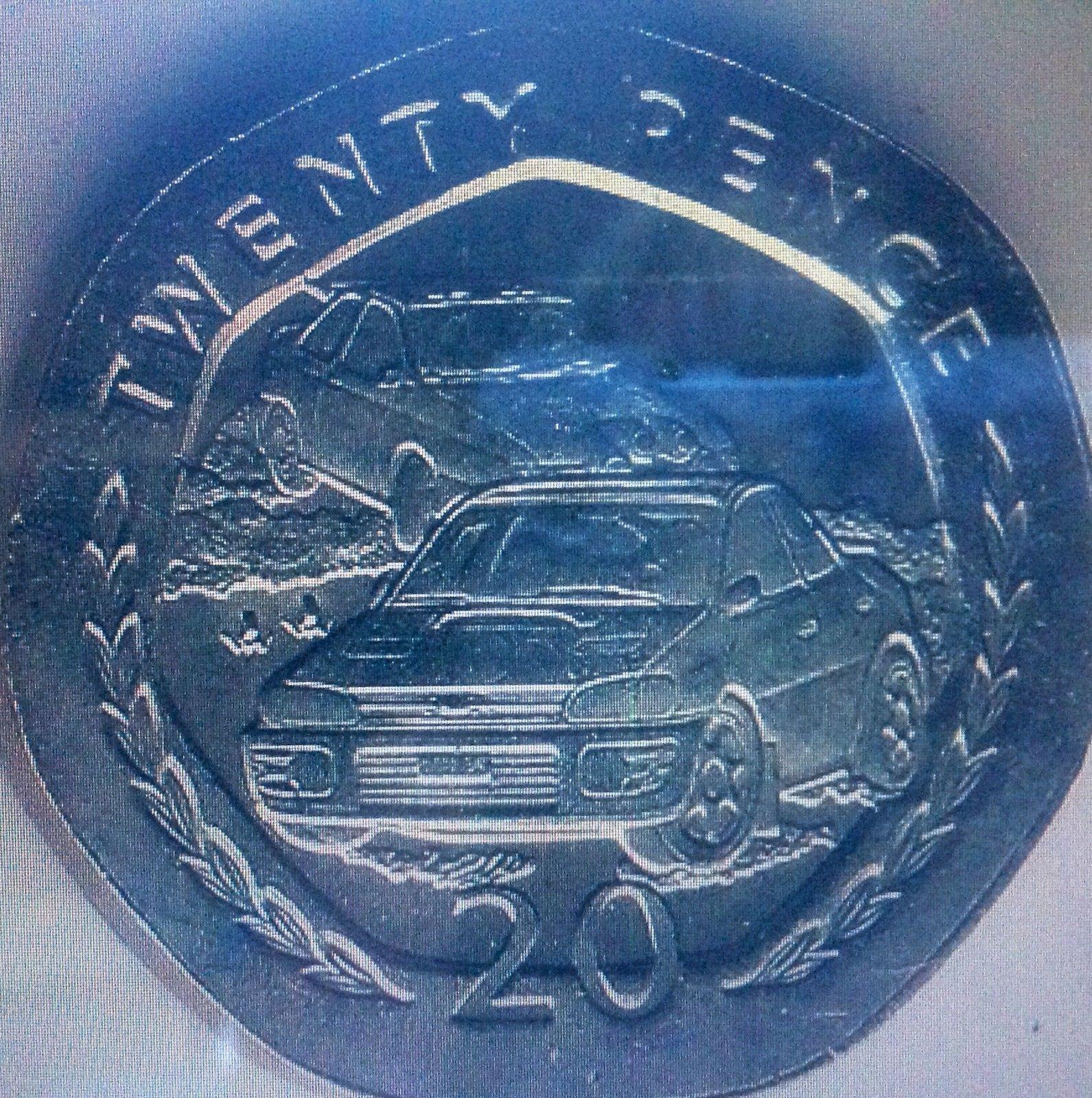 The Rally Isle of Man – or Manx International Rally as it used to be known – is an annual racing competition that's been running since 1979.

It's celebrated on a number of coins, including the Suburu and Ford 20p piece.

One of these sold on eBay early this year for £13.50 after attracting nine bids – that's 67 and a half times its original value. 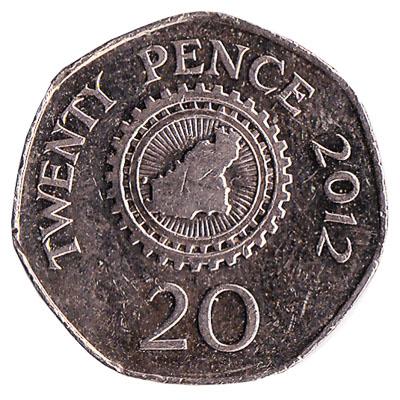 The State of Guernsey began issuing its own designs on coins in 1982 and they are still issued today.

While they're not rare, you can make a small profit by selling the coin online where they sell for around a fiver. 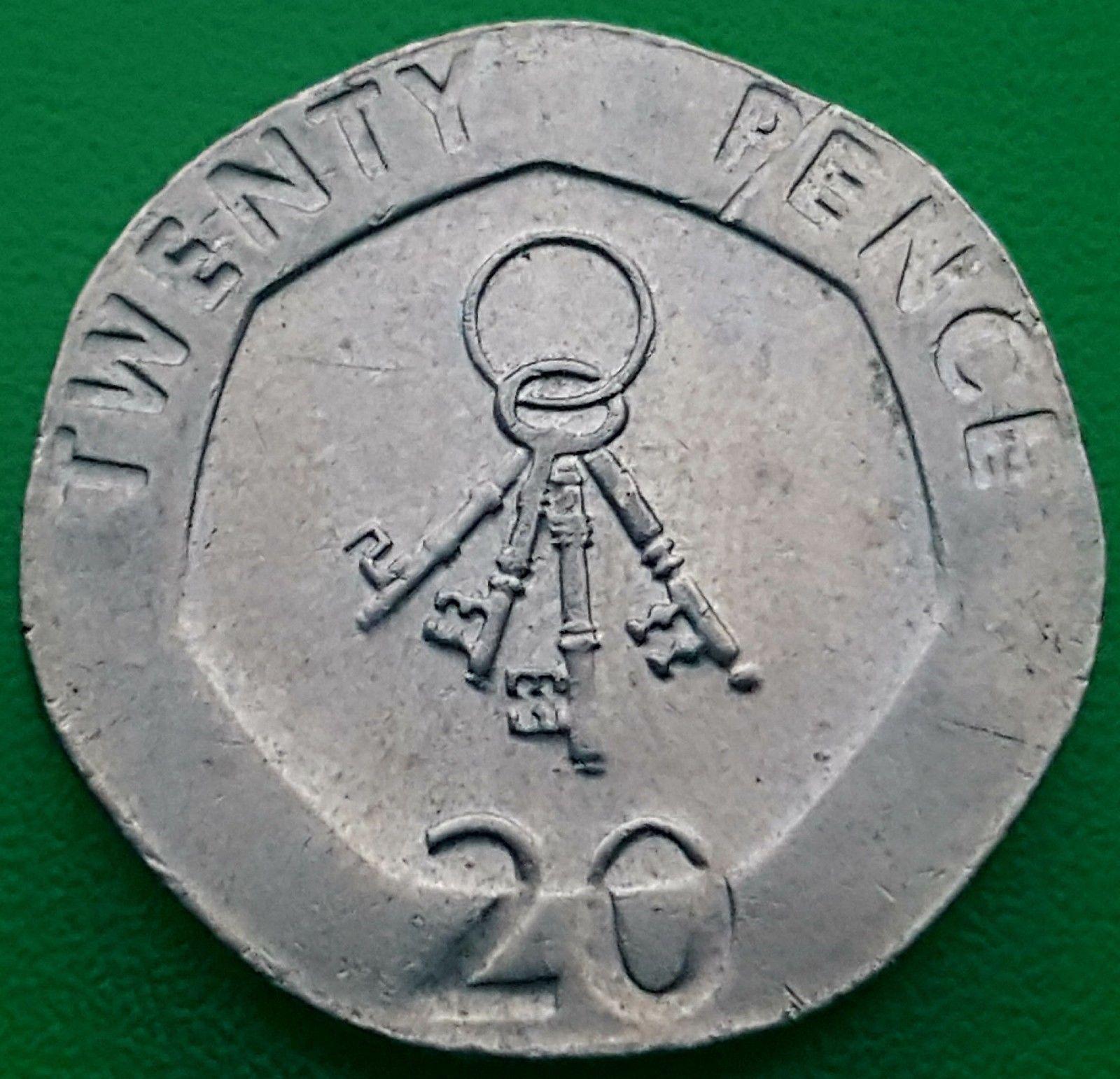 The most valuable 20p coin from "the rock" is the Keys of Gibraltar design worth around £2.50 on eBay, which is 12 and a half times its original value.

They're not rare – they were first minted in 2005 and are still available today.

The design celebrates the ancient tradition of when the city would lock its four gates during a storm to protect it from the raging sea.