She is grilled on her own sexual relationship with Epstein — and what services she provided for him.

The deposition Ghislaine Maxwell tried desperately to keep under wraps has been unsealed.

The 465-page document is a transcript of a seven-hour grilling by lawyers as part of a 2015 civil defamation lawsuit brought by Jeffrey Epstein accuser Virginia Giuffre.

The 58-year-old ex-lover of the convicted pedophile was arrested in July on several charges of sex trafficking minors, and perjury.

U.S. District Judge Loretta Preska ordered the documents released back then, and Maxwell’s lawyers have been fighting ever since to keep it out of public record.

But this week a U.S. Court of Appeals agreed with Judge Preska and ordered them unsealed; however some of the names mentioned remained redacted.

Epstein was arrested on sex-trafficking charges in 2019, but died by suicide in his jail cell before he stood trial. 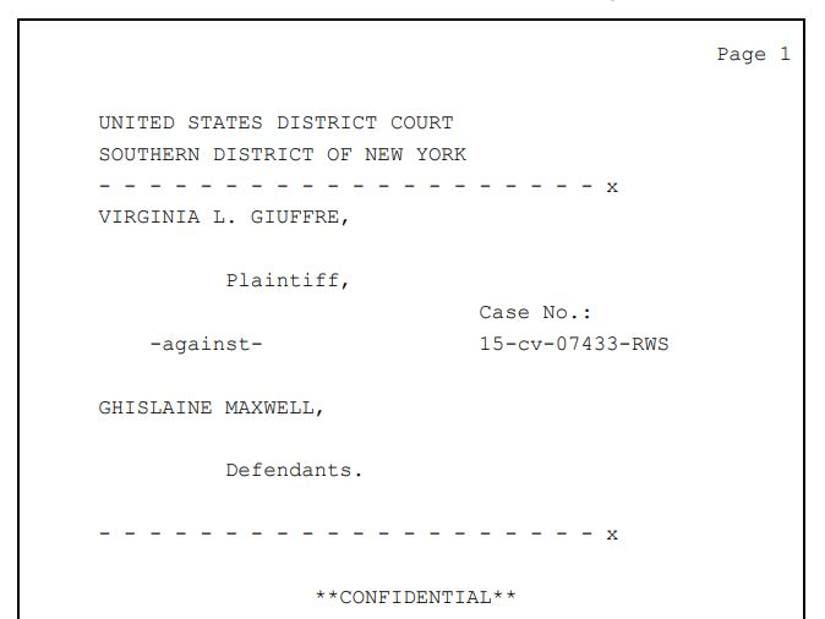