A decade after Rebecca Black ‘got down on Friday,’ the singer teamed with 3OH!3, Dorian Electra, 100 gecs’ Dylan Brady, and Big Freedia for the remix!

Ten years after Rebecca Black became an unintentional viral phenomenon, she’s finally getting her flowers. Though widely mocked for the music video that she put out as a teenager, both Rebecca, now 23, and “Friday” have now been embraced by a legion of fans. To reward that love, Rebecca unleashed a new version of the song on Feb. 10. “Friday (Remix)” is an explosion of color and sound, featuring the “Queen of Bounce” Big Freedia, electronic duo 3OH!3 – who is also on a comeback – and singer Dorian Electra (who teamed with Rebecca for their track, “Edgelord.”) The remix, which is slathered in the hyperpop/nightcore sound that the mainstream is sorta catching onto, was produced by Dylan Brady, one half of 100 gecs. It’s a delightfully modern update to a song that was stuck in everyone’s head a decade ago.

Though this new remix sees Rebecca fully embrace her song – a teaser for the music video showed her riding in a convertible, her RIAA gold record in the passenger seat – she has a complicated history with the track. Though it made her a household name ten years ago, she faced years of bullying afterward.   “9 years ago today, a music video for a song called ‘Friday’ was uploaded to the Internet,” she posted in 2020. “Above all things, I just wish I could go back and talk to my 13-year-old self, who was terribly ashamed of herself and afraid of the world. To my 15-year-old self, who felt like she had nobody to talk to about the depression she faced. To my 17-year-old self, who would get to school only to get food thrown at her and her friends. To my 19-year-old self, who had almost every producer/songwriter tell me they’d never work with me. Hell, to myself a few days ago, who felt disgusting when she looked in the mirror.”

“I’m trying to remind myself more and more that every day is a new opportunity to shift your reality and lift your spirit. You are not defined by any one choice or thing. Time heals, and nothing is finite. It’s a process that’s never too late to begin. And so, here we go! This might be a weird thing to post, but the honesty feels good if nothing else.” This honesty continued months later when Rebecca came out publicly as queer.

The history of “Friday” has been well-documented: after seeing a girl at school make a music video featuring some of her friends, Rebecca wanted to make one too. She learned that the video was made by a company that would write the song and produce the video. The video didn’t get much attention at first but soon went viral (with many crediting Tosh.0, which shared a link with the comment, “Songwriting isn’t for everyone,” per Mashable.) The song became a meme, and as of Feb. 2021, the video has nearly 150 million views. 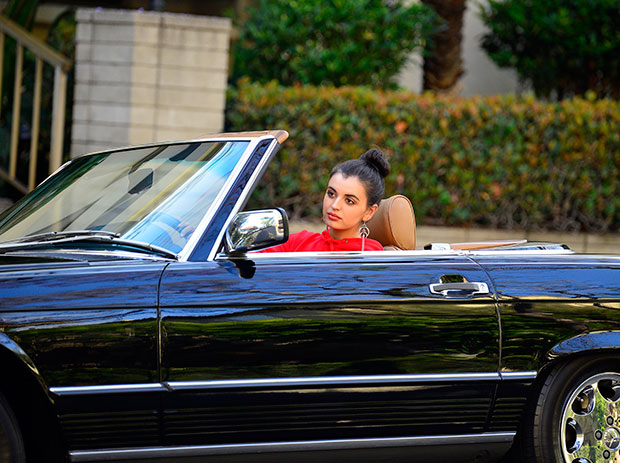 “I always had moments where I would think about what I would do and if maybe I should look at other things,” she told Teen Vogue in 2020. “But I think ironically, with everything that happened with ‘Friday’ and the way it affected me after, it only really grew my respect and passion for finding myself through music.”

“There’s always been a thread I’ve been able to hold onto, but that doesn’t mean along the way I’ve always been myself,” she told Teen Vogue. “That might be why it looks like I’ve been constantly reinventing myself. I lost touch with that for a while, and I’ve gotten back in touch with it over time — that sureness. I’ve really spent the last five years trying to get that sense of self back.”