Five years in the making! Reese Witherspoon and husband Jim Toth made a rare public appearance at the Sing 2 premiere, recreating a family moment on the red carpet at a screening of the OG film.

The 45-year-old actress posed for snaps with Toth, 51, and her three kids on Sunday, December 12, in Los Angeles via Instagram. She shares her two eldest kids — daughter Ava, 22, and son Deacon, 18 — with ex-husband Ryan Phillippe and son Tennessee, 9, with the talent agent.

“Five years later…. we’re back at the @singmovie premiere!! 💫🎤 #sing2,” Witherspoon wrote alongside a TikTok set to Simple Plan’s “I’m Just a Kid” with photos from the 2016 premiere and 2021 carpet.

The Oscar winner’s famous friends were quick to praise the family pics.

Reese Witherspoon and Jim Toth: A Timeline of Their Relationship

“This is an amazing flashback – they get older you look younger,” Sarah Michelle Gellar commented. 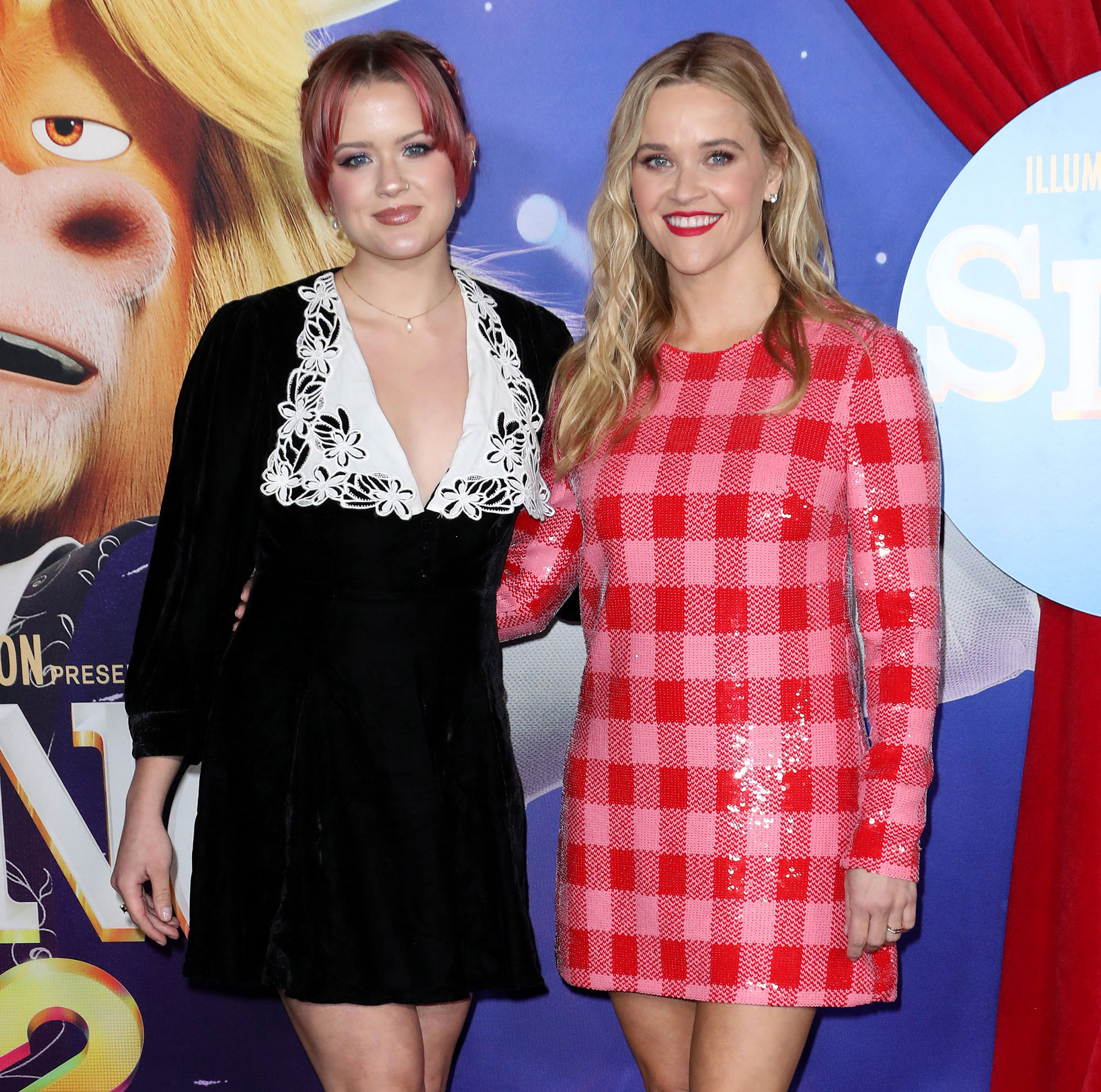 Witherspoon, who reprised her voice role as Rosita in the Sing sequel, spoke to Entertainment Tonight about her kids on Sunday’s carpet.

“Deacon really turned me on to Tyler the Creator. He loves Kanye [West] too. He loves Ariana Grande,” the Morning Show star, who tackles “Break Free” in the movie, said.

Witherspoon then called in Ava to help her answer the question about musicians her kids have introduced her to.

“Holly Humberstone has been great. And Gracie Abrams,” Ava replied before confirming her mother has good taste in music. “I would say so, yes.”

Witherspoon also cited Kacey Musgraves when asked about favorite Christmas specials, telling the outlet about their family traditions during the holiday season:: “Just sitting around the house, light a fire, we watch Christmas specials and bake cookies, make gingerbread houses.”

The Legally Blonde star was married to Phillippe from 1999 to 2006. Their divorce was finalized in 2008. More than a decade later, a source told Us Weekly that their coparenting relationship has “never been better.”

“Ryan has been an awesome parent … and everything pretty much stops for him when his kids need him,” the source told Us earlier this month. “Even during the pandemic when he’s been in literally another country, he’s present in their lives and he is still the ‘cool parent’ in their eyes. … He is really proud of who they’ve become.”

The source added that Phillippe and Toth, whom Witherspoon married in 2011, “fill different roles in [Ava and Deacon’s] lives.”