Mortimer and Kluth reportedly broke off their engagement months ago.

On Thursday, McSweeney took to Instagram to show her support for Mortimer following the news that she and her fiancé Scott Kluth had ended their engagement. 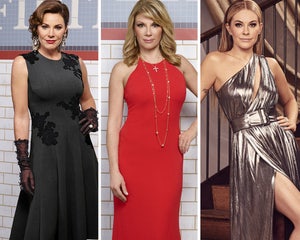 The reality star posted a photo of a scene from the “Sex and the City” movie in which Charlotte (Kristin Davis) runs into Mr. Big (Chris Noth) and yells, “I curse the day you were born!”

“Mood #MenAreTrash,” McSweeney initially captioned the post, however, she later edited it.

“Mood,” the new caption read. “Had To delete my trash # Because people are trying to have this post removed for hate speech. LOL. Proving my # is very true.”

Mortimer, 45, commented on her pal’s post, writing, “Love you beyond! You’re a dear true friend.”

“Love you,” McSweeney, 38, wrote back, adding some heart emojis.

In a statement to People on Thursday, Kluth revealed he and Tinsley broke off their engagement months ago.

“After 14 months of engagement, Tinsley and I have ended our relationship, and we have been living independently for the last few months,” the CouponCabin CEO said. “This was an incredibly difficult decision, but it is one that I believe is best for both of us.”

“I will always care about Tinsley and I sincerely wish her happiness and success in all that she does in the future,” the statement continued. “While I understand this news will be of interest to many, I ask for privacy and understanding during this time as I continue to work on recovering emotionally from the end of our relationship.”

However, a source told People that the decision “was not mutual” and said Mortimer was “blindsided.”

“She’s on the floor heartbroken and devastated,” the insider told the publication. “She left everything for him because she didn’t think he’d ever call off the engagement. She trusted him that this time was going to be different.”

Mortimer starred on Seasons 9 through 12 of “The Real Housewives of New York.” She and Kluth were introduced on a blind date set up by “RHONY” star Carole Radziwill in 2017. The pair had an on-again-off-again relationship until Kluth popped the question in November 2019. 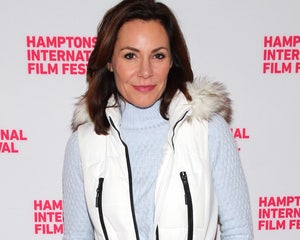