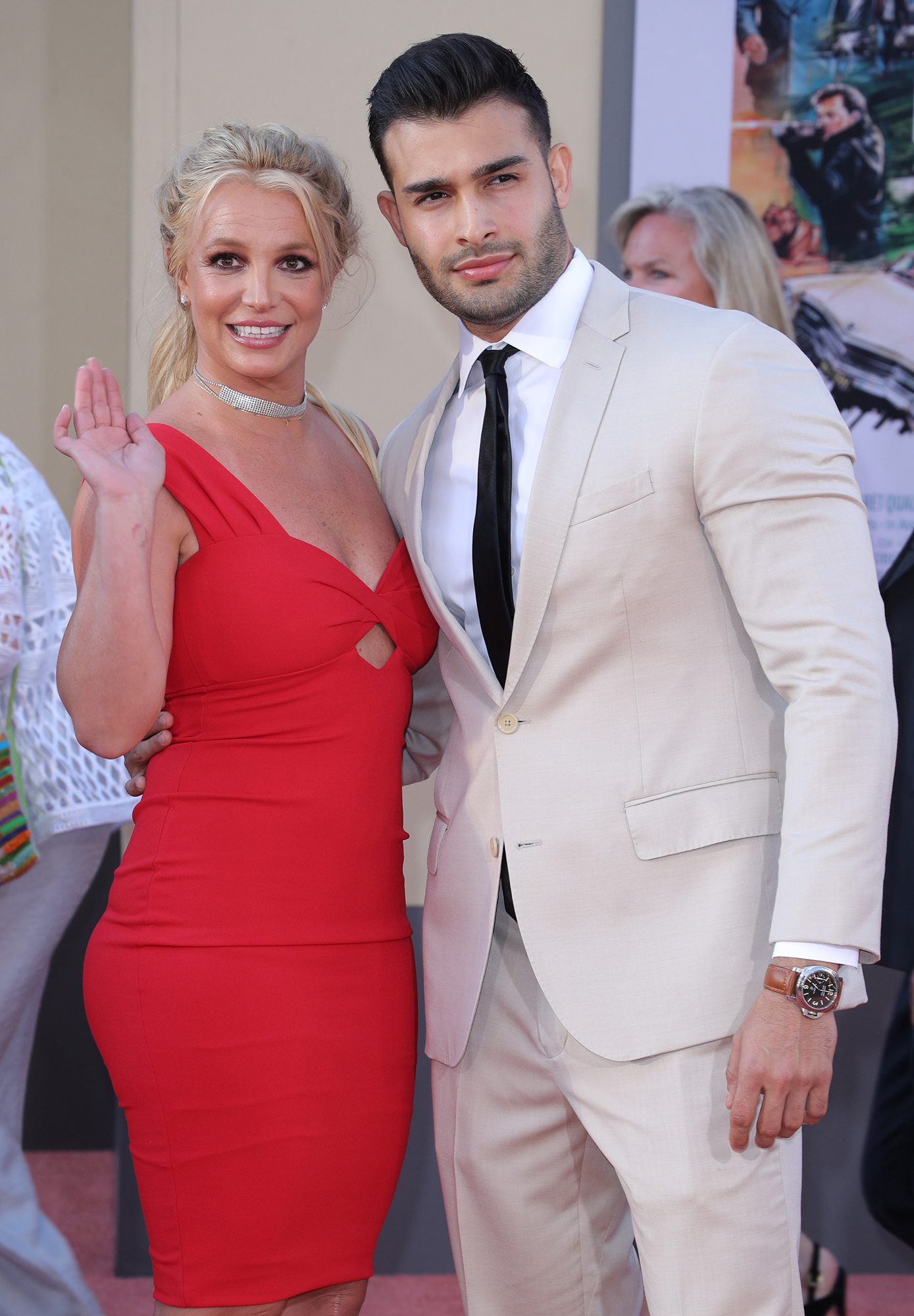 The performer added that she didn’t really mean the phrase in a financial way. “She hit the jackpot too, though,” Verónica said of Spears, 39. “He’s extremely supportive. He’s a really, really supportive guy, and after all the s–t she’s been through, that’s what she needs.”

The actress, known for her work in Spanish-language television, said she believes Asghari, 27, is sincere. The Iran native dated Verónica from 2015 until 2016, shortly before he met Spears on the set of her “Slumber Party” music video.

“He was a really sweet guy,” she said when asked about the personal trainer’s intentions with Spears.

She continued, “He was always super, super supportive, so I think she’s with the right guy.”

Verónica said she’s rooting for the couple to last ’til death do they part. “He’s such a charming, sweet guy that I really hope so — for her sake. She’s been through enough,” the “Mama Mia” singer said. 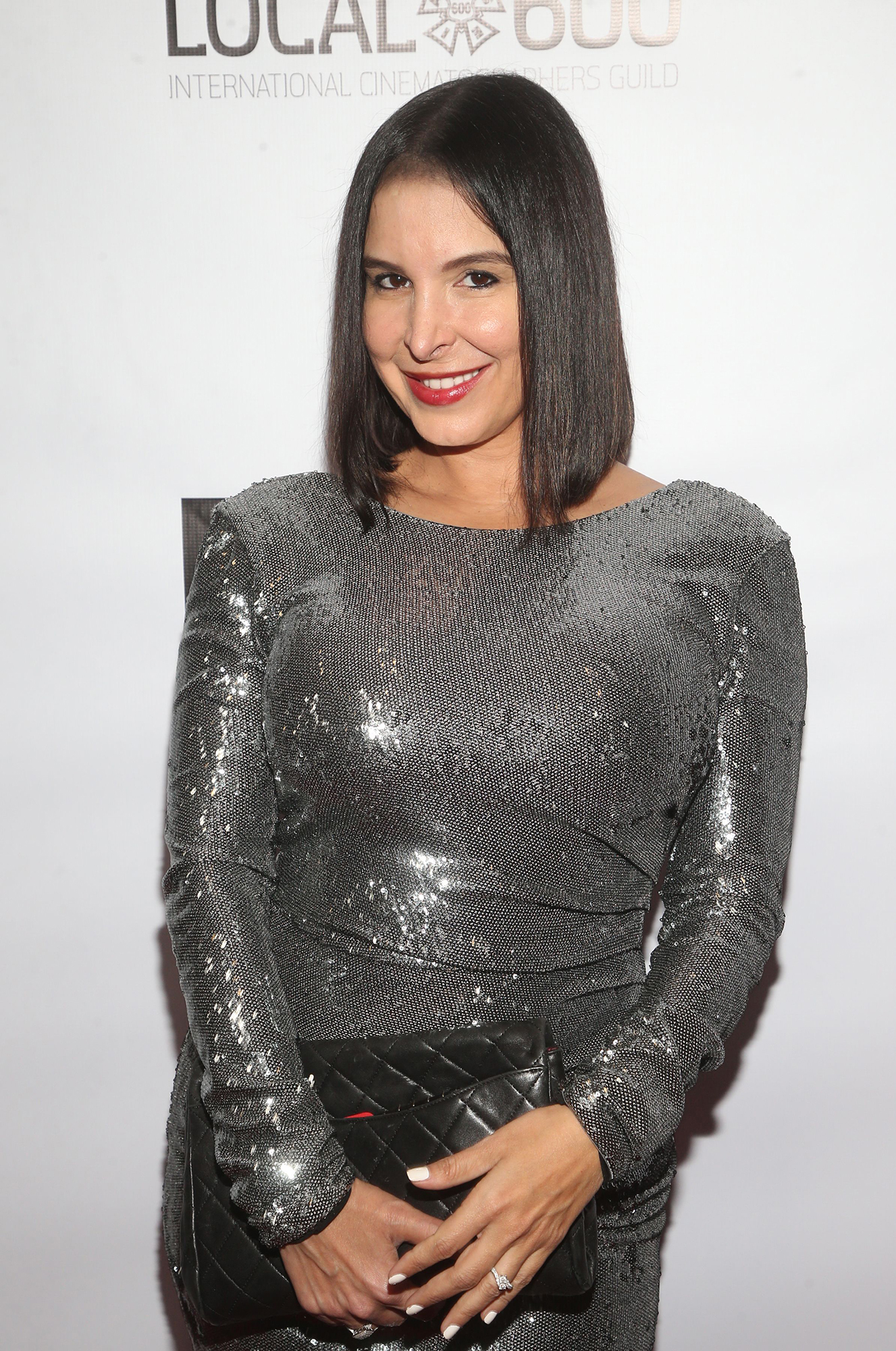 Asghari immediately found himself faced with people questioning his intentions when he and the Las Vegas entertainer announced their engagement on September 12 after nearly five years of dating. Right away, fans — including Oscar winner Octavia Spencer — started encouraging the “Toxic” singer to get a prenuptial agreement.

“Thank you for your concern about the prenup!” the aspiring actor wrote via his Instagram Story on Monday, September 13.

He jokingly added, “Of course we’re getting iron clad prenup to protect my Jeep and shoe collection in case she dumps me one day.”

While Asghari was laughing, Spencer decided to retract her own prenup joke. She commented, “Make him get a prenup,” on Spears’ initial post.

The Hidden Figures star shared a photo of the happy couple with an apology on Wednesday, September 15. “Y’all, a few days ago Sam and Britney announced their engagement and me being me I made a joke,” she explained. “My intention was to make them laugh not cause pain.”

She explained that she personally got in touch with the couple to apologize but also wanted to publicly encourage fans to send good vibes. “I’ve reached out to this lovely couple privately to apologize and now want to restore just a smidge of happiness they were robbed of,” she continued. “Britney’s fans have seen her through a lot of pain and she’s found happiness. We’re thrilled for her. So let’s show them love. 👇🏽 #nonegativity.”

Asghari made it clear that he wasn’t even offended in the first place. “You are very kind to clarify but I have no hard feelings whatsoever. Jokes and misconceptions come with the territory. 🙏 💯 ❤️,” he commented on Spencer’s post.

The “(You Drive Me) Crazy” performer, meanwhile, didn’t respond since she deleted her Instagram on Tuesday, September 14. It’s just a temporary detox. A source confirmed to Us Weekly exclusively that she took down her account because she needed a social media break.

Britney Spears’ Ups and Downs Over the Years

Spears addressed the sudden removal via Twitter on Tuesday, writing, “Don’t worry folks … just taking a little break from social media to celebrate my engagement!!!! I’ll be back soon.”

It is expected that Spears will need a prenuptial agreement due to her conservatorship.