Sending a message? Savannah Chrisley seemingly weighed in after her parents, Todd and Julie Chrisley, were officially sentenced in their fraud case.

The 25-year-old reality star shared a screenshot of a tweet via her Instagram Story on Monday, November 21. The post was initially uploaded by pastor Kimberly Jones and hinted at rising above negativity. “Noah didn’t stop building the ark to explain himself to everyone who doubted and hated on him,” read the message. “Keep building your ark. The rain will do the talking.”

Savannah’s uplifting reminder came hours after Todd, 53, and Julie, 49, received their sentences in the wake of their conviction in June. Us Weekly confirmed on Monday that Judge Eleanor Ross ordered Todd to 12 years in prison, while his wife faces seven years behind bars. The couple will also be required to serve 16 months of probation. 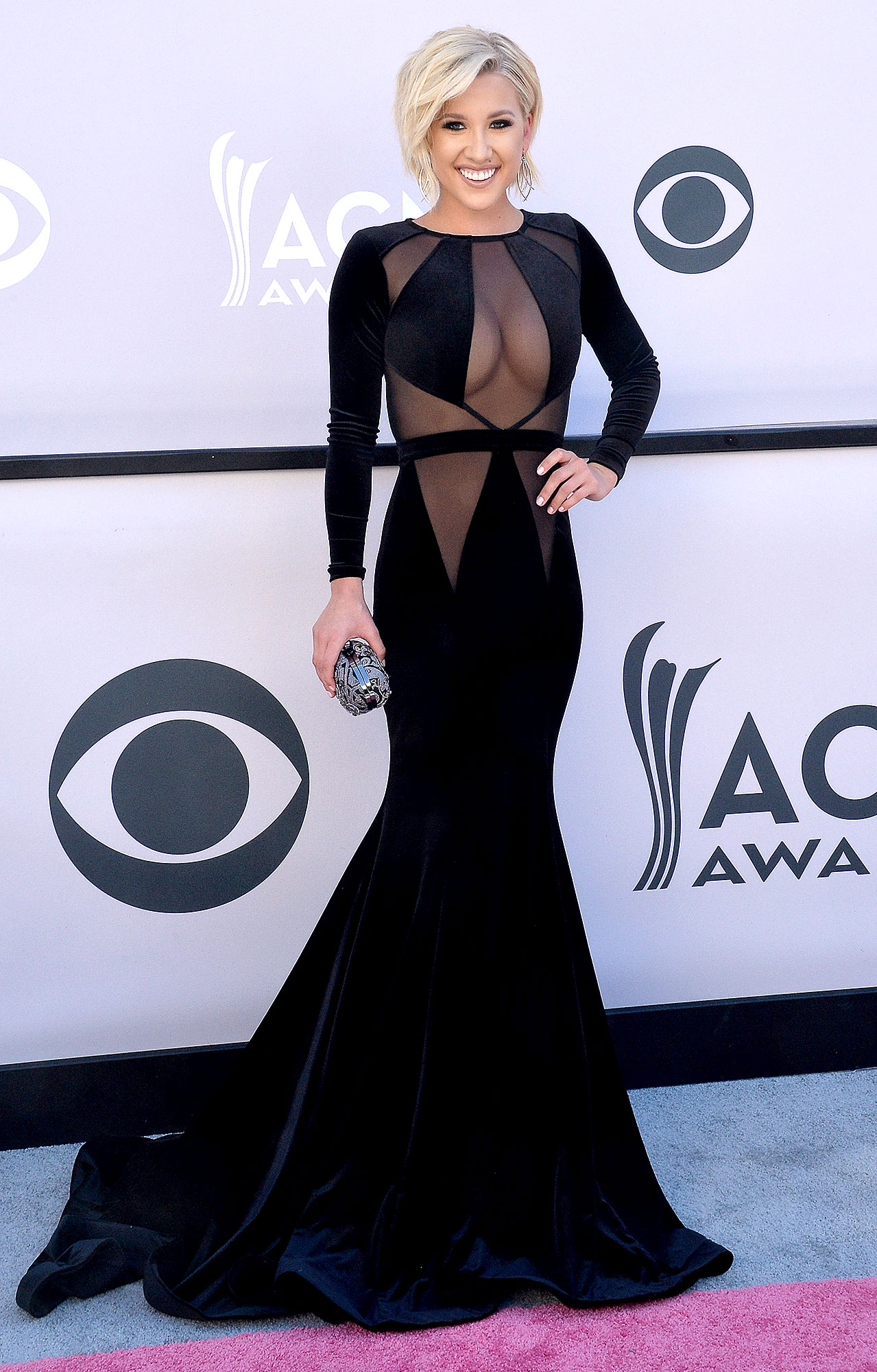 The Chrisley Knows Best stars were indicted on 12 counts of tax evasion, bank and wire fraud and conspiracy in 2019. Todd denied the claims in a lengthy statement at the time, alleging that their former employee Mark Braddock was attempting to get “revenge” on him and Julie and brought “phony documents to the U.S. Attorney’s office.”

Assistant U.S. Attorney Annalise Peters, meanwhile, argued in court that the pair obtained more than $30 million in loans by lying about their wealth and earnings, alleging: “They made up documents and they lie through their teeth to get whatever they want, whenever they want it.”

Following a weeks-long trial, a jury found Todd and Julie guilty on all counts in June. “Disappointed in the verdict,” the couple’s lawyer noted in a statement to Us, adding that his clients planned to appeal.

Along with Savannah, Todd and the South Carolina native share sons Chase, 26, and Grayson, 16. The real estate tycoon is also the father of Lindsie, 33, and Kyle, 31, whom he shares with ex-wife Teresa Terry. 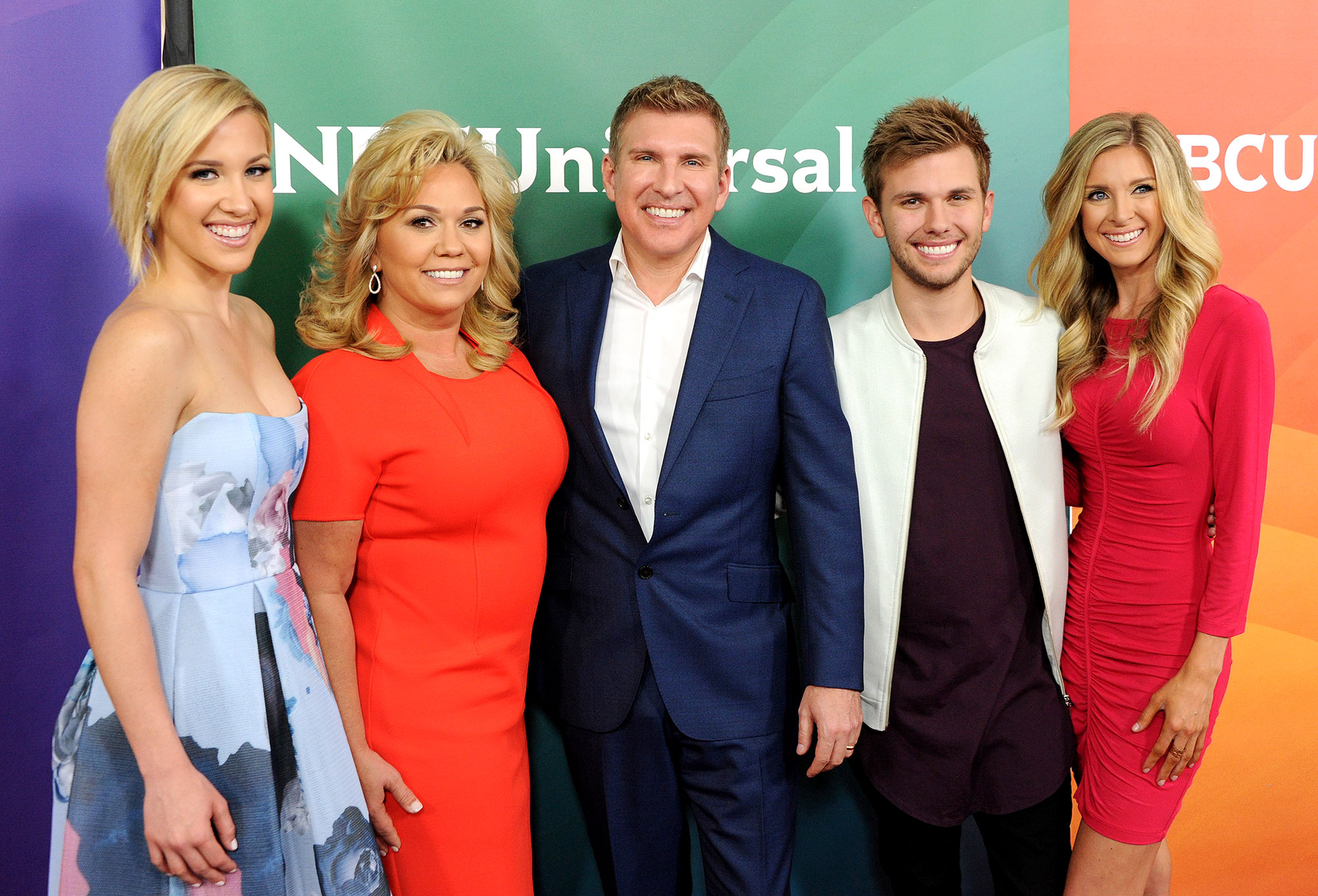 Ahead of her parents’ sentencing, the Sassy By Savannah founder was vocal about how the legal drama was impacting her family. “You’re handling it way better than I am,” she told her mother during an October episode of her “Unlocked” podcast, noting how important prayer became to Julie and Todd amid their ups and downs. “I’m just over here angry, because it’s like, how is a God that’s supposed to be so loving and so full of hope [OK with this]?”

The Growing Up Chrisley star added that she’s felt “so angry” since the verdict was made public. “Because my whole life could change. And I don’t mean money,” she continued. “The two people that I’ve always had there for me and that’s been my support system and who I’ve leaned on, because I’m there for everyone else: my siblings, my friends, whoever it may be. But I always know I can be there for them because y’all have been there for me or you are there for me.”

In the aftermath of Monday’s court results, Deadline reported that Chrisley Knows Best, Growing Up Chrisley and Love Limo were canceled. USA Network, which has been working with the family since 2014, will reportedly air a shortened season of Chrisley Knows Best including episodes that were filmed before Todd and Julie’s conviction.