It’s all (still not) happening.

Scheana Shay told Page Six in an exclusive new interview that she believes Lala Kent and Randall Emmett are done for good after calling it quits on their three-year engagement.

When asked whether she thinks the split is permanent, Shay, 36, simply replied, “Yes.”

The “Vanderpump Rules” star, who was promoting her new Bella Boss capsule collection, went on to say that Kent, 31, is holding up well as she navigates a new life without Emmett, 50.

“She’s a strong woman,” Shay said of her Bravo castmate. “She’s got all of her businesses, she’s got a lot on her plate, but she’s going to be just fine.”

Page Six broke the news that Kent dumped Emmett after he allegedly cheated on her in Nashville in mid-October. Breakup rumors had circulated after the Give Them Lala CEO archived or deleted photos with the Hollywood producer on Instagram. She also “liked” a social media post about Emmett’s alleged interactions with two women in Music City. 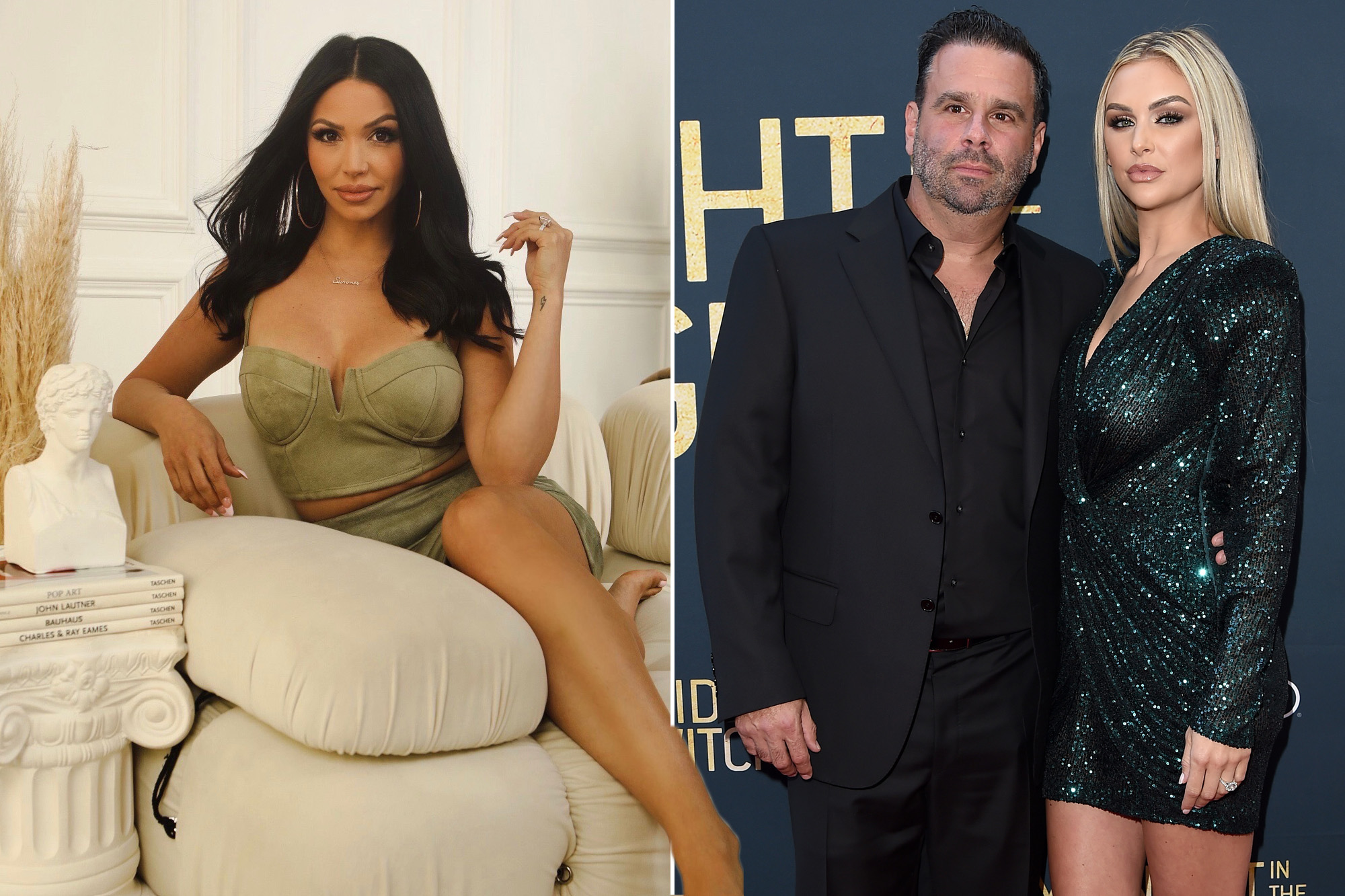 It wasn’t long before Kent escaped Emmett’s Bel Air mansion and checked into the Beverly Hills Hotel with their 8-month-old daughter, Ocean. She has since secured a place of her own, which she revealed to fans this week. And on Thanksgiving, Kent launched “bRand new” merch, modeled after her modified tattoo of Emmett’s name.

“I don’t want to see any family torn apart, whether it’s a divorce or a breakup. Ocean’s parents are now not under the same roof, and that’s devastating for any family,” said Shay, whose own divorce from ex-husband Mike Shay played out on “Pump Rules” in 2017.

“I wouldn’t wish that on my worst enemy, and she is far from my worst enemy. She’s a good friend, so it was really upsetting to hear about all of that. And I just wish them all the best. I hope for Ocean they can come to a good arrangement for her sake.”

Though her friendship with Kent appears fragile at best on the current season of the reality show, Scheana noted that they are “in a really good place” today.

“We had a few bumps in the road. There’s still another to come,” she said. “We’re very solid … but it wasn’t an easy road getting here, and there’s still so much more to our friendship story that you’ll see on the second half of this season.” 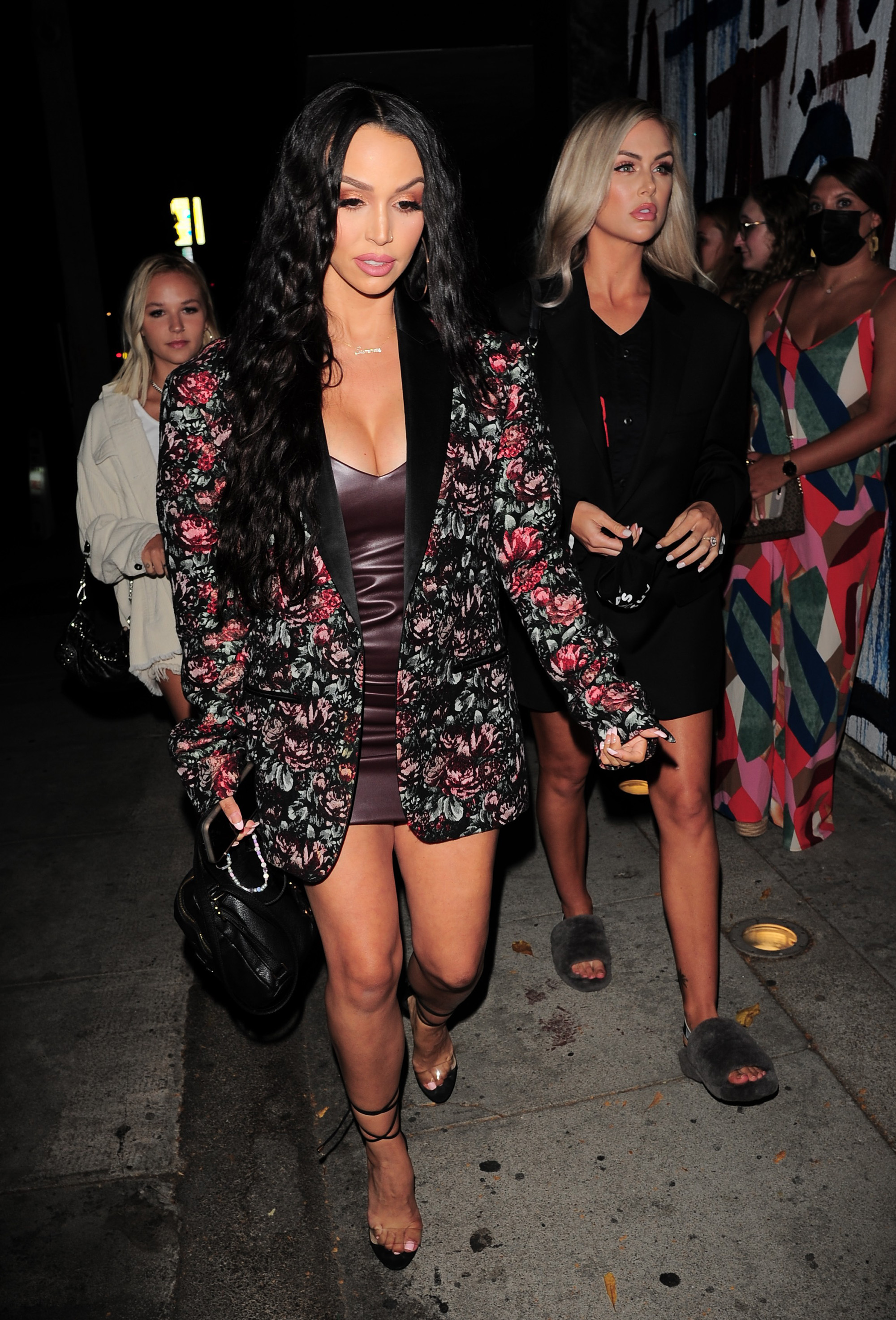 Viewers of Season 9 will recall tension between the pair after Kent disclosed during a group scene that Scheana’s fiancé, Brock Davies, had been involved in a violent argument with his ex-wife at age 19 in his native Australia.

Davies — who shares two kids, whom he hasn’t seen in years, with his former spouse and 7-month-old daughter Summer Moon with Scheana — later owned up to his past in an emotional conversation with SUR boss Lisa Vanderpump.

“I understand that [Lala] was doing her job, and her job was to bring up some information that was brought to her. I disagree with how she did it,” Scheana told us.

“I think she could’ve pulled me aside, and that should’ve been a one-on-one conversation. Bringing it up in front of Lisa and in front of Katie [Maloney], who can be quite judgy, that really upset me.”

The information initially came straight from Davies’ mouth during an off-camera chat with Kent in which the fitness trainer shed more light on his polarizing family history that had inspired an uncomfortable line of questioning from the outspoken series veteran.

“I knew he wasn’t expecting her to bring it up on camera,” Scheana said of her future husband, whom she she calls an “amazing dad” and “supportive” partner. 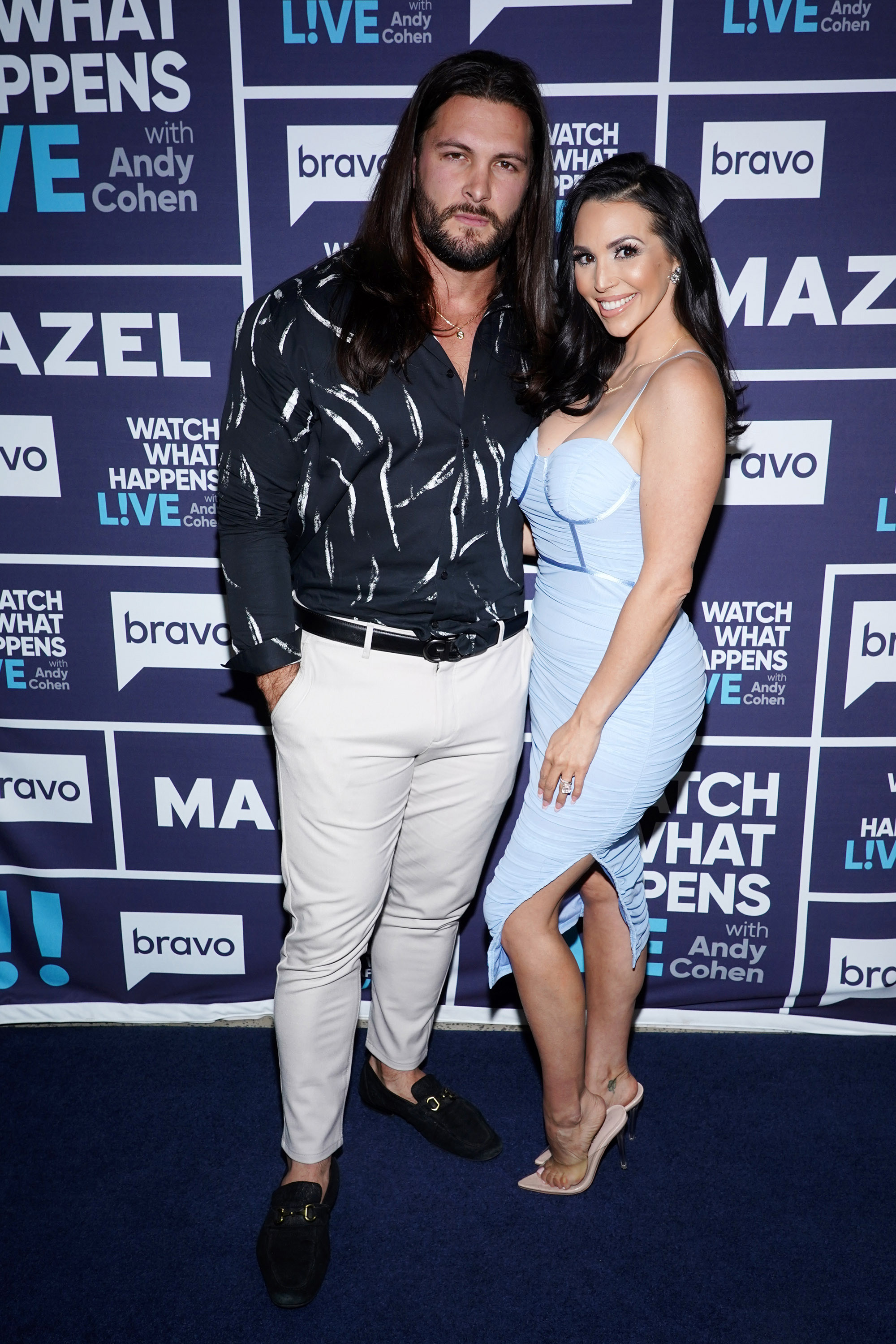 “He’s such an open book. And that can get him in trouble at times because he doesn’t always tell the full story. I understand where Lala was coming from with her concern because Brock just gave her some really bad highlights,” she elaborated.

“That’s the thing about being on a reality show. Any skeleton you have in the closet is going to come out, and you have to be accountable for it.”

After Davies catches up on child support payments, he hopes to reconnect with his older children, son Eli and daughter Winter, who live in Australia with their mother and stepfather.

A portion of Scheana’s supporters have characterized Kent’s breakup with Emmett as karmic retribution for putting Davies’ personal drama front and center. But the “Shake That” singer clarified to us that she found no joy in watching her pal suffer amid the beginning stages of her separation.

“Everyone’s like, ‘Oh, aren’t you happy? She’s getting her karma.’ And I’m like, ‘No,’” Scheana said. “Because, honestly, I don’t want to see anyone go through that.”