Best star snaps of the week: Love is in the air with Tom Brady, Alicia Keys and more

It’s quite literally a fountain of youth.

“Felicity” alum Scott Speedman joked that his never-aging good looks is thanks to the “Tom Brady diet” of drinking copious amounts of water.

When Page Six half-seriously asked the “Grey’s Anatomy” actor if he has an oil portrait of himself rotting away in the attic à la “The Picture of Dorian Gray,” he revealed that he simply drinks a ton of water.

“I’m on the Tom Brady diet, a lot of water,” the 46-year-old told us at the New York premiere of “Crimes of the Future” on Thursday night, before insisting that he had aged. “If you look at pictures of me even five years ago, I’ve aged.”

The famous quarterback has said he drinks between 14 and 37 eight-ounce glasses of water per day.

Perhaps another key to his youthful appearance is his natural athleticism.

Before taking up acting, Speedman was a member of the Canadian Junior National Swim Team and placed ninth at the 1992 Olympic Trials, but his potential to make it in the sport was derailed by a neck injury.

“Even if I had made the Olympics I would never have been like anyone amazing,” he shared. “I wasn’t going to be a top swimmer.” 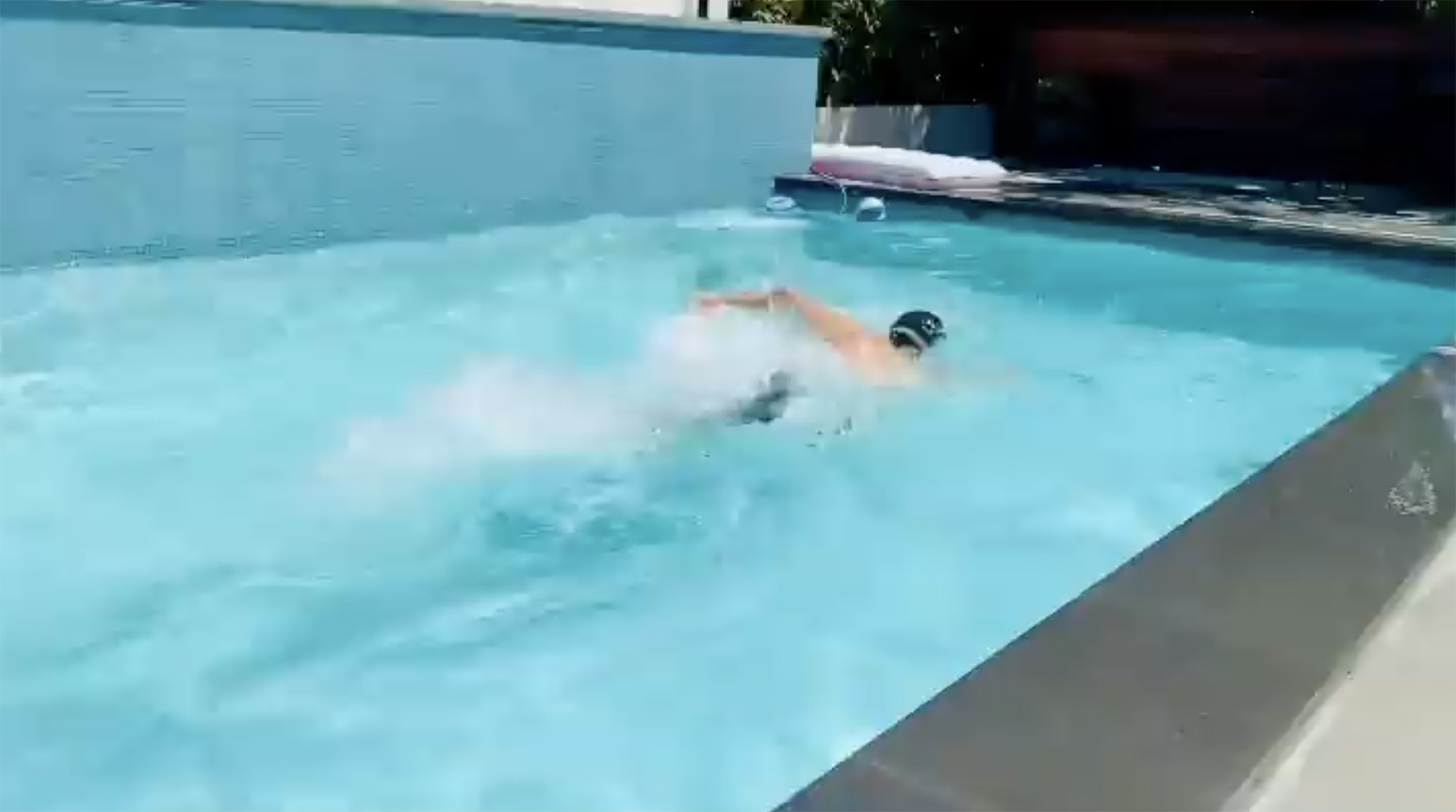 He added, “I would have loved to have gone, it would have been great, but I love swimming. I love watching the Olympics every four years. I end up back in the pool, running and swimming.”

Speedman is currently starring in the David Cronenberg movie along with Viggo Mortensen, Léa Seydoux and Kristen Stewart.