They’re never, ever, ever getting rid of each other! Sara Bareilles and longtime beau Joe Tippett are engaged after five years of dating.

They Said Yes! See Which Stars Have Gotten Engaged This Year

“Yes to marrying this man. It’s an easy, earned, relaxed YES. @joetipps you are exactly who I want,” the “Brave” songstress, 43, captioned a Sunday, January 1, Instagram photo with Tippett, 40. “The more I know you the more I know I love you…and you have introduced me to parts of myself I was afraid to love.”

She continued: “And now I love ME more because of you. So really this is all about me. Just kidding. What a gift you are. Let the games begin. Onward into absolutely everything with you. ❤️.” 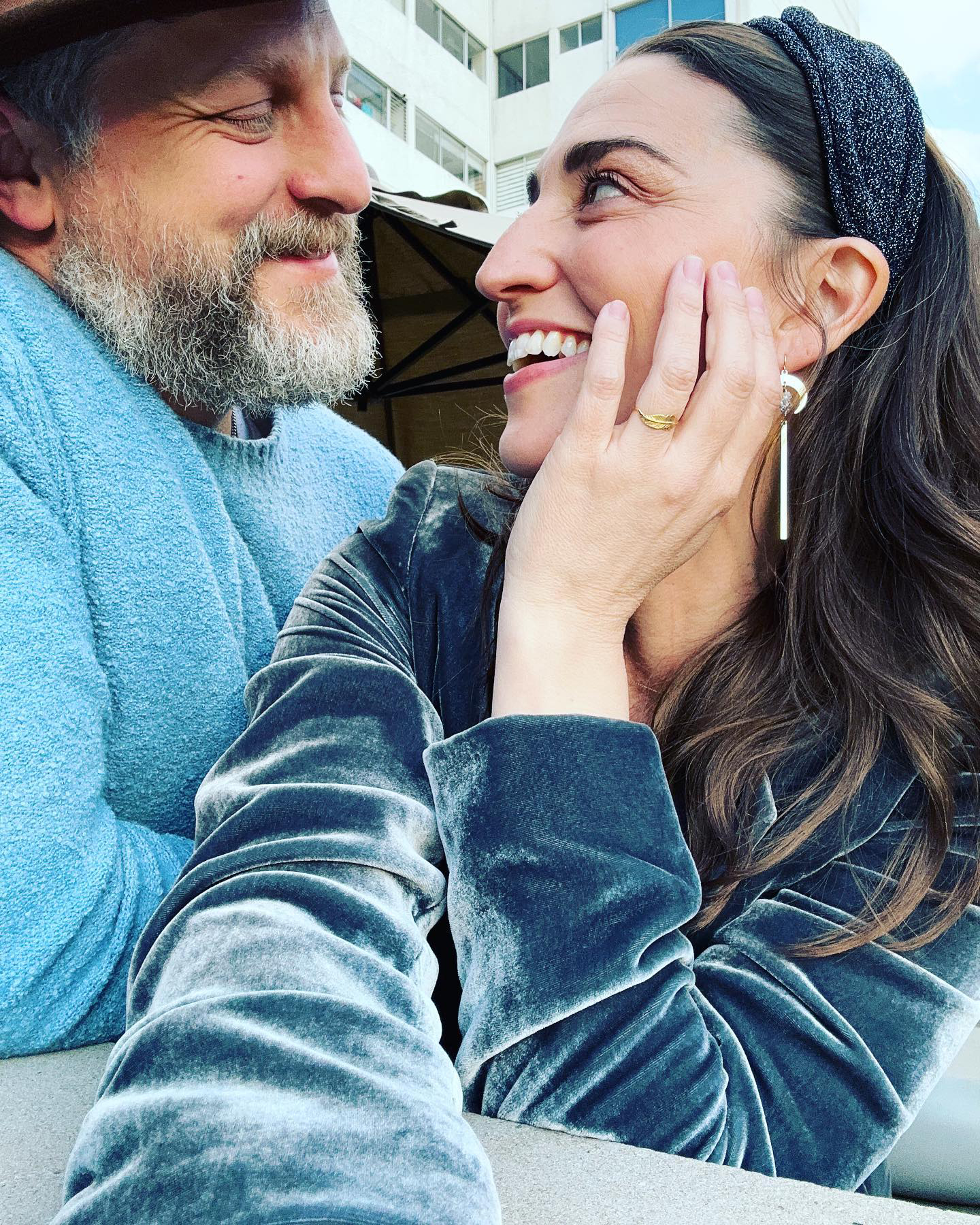 In Bareilles’ Instagram selfie from the special moment, she showed off the delicate golden ring that the Broadway actor had gifted her. The Grammy Award winner — who met her beau while costarring in Broadway’s Waitress — further teased their nuptial plans.

The couple’s celebrity friends — including Katie Lowes, Busy Philipps and Josh Groban — quickly shared their excitement over the happy news.

“Yessssssss from me!!!! Yes!! I’m so happy for you!! Congratulations!! Forget the baker … you’re now going to be Joe’s WIFE!!!” Heather Headley, who costarred with the Girls5eva actress’ in Into the Woods, commented while referring to Bareilles’ Broadway character as the Baker’s Wife.

The “Love Song” performer first met her man during Waitress’ out-of-town tryout in Massachusetts in August 2015. Bareilles wrote the score for the musical adaptation of the 2007 movie while Tippett played Earl opposite Jessie Mueller’s Jenna. Neither Bareilles nor Tippett led the show upon its Broadway opening, as Mueller, 39, and the late Nick Cordero starred in the roles. The newly engaged couple later stepped into their shoes by March and June 2017, respectively.

Hottest Couples Who Fell in Love on Set

“I just think Waitress is comfort food. It’s got so much heart and it’s got so much humor. It’s just a really beautiful,” Bareilles exclusively told Us Weekly in February 2019 about the musical, noting she was “so proud” of it. “I mean, I know I’m biased because I’m intimately involved, but I really believe in the story of resilience and strength and vulnerability and all of the themes that run in the show.”

The songwriter and Tippett eventually made their red carpet debut at the 2017 Tony Awards and have since continued to gush over their romance.

“Happy Birthday to the sunshine in my eyes. The star at the center of my solar system. My lighthouse in a storm,” the Alaska Daily actor captioned a December 2022 Instagram tribute to his now-fiancée. “The laugh that melts away my cynicism. The thunderous heart who’s rhythms I dance to. To kindness and wisdom and courage. Who picks my hand to hold and walk through the world with. I love you you meebaw. My one. My love. My life. My Bub. You make me me and you are my absolute favorite person. Thank god I found you.”