Shoppers urged to not panic-buy as shelves in Tesco, Lidl and Sainsbury’s are stripped bare amid 'pingdemic' shortages

SUPERMARKET shelves at Tesco, Lidl, Asda and Sainsbury’s have been stripped bare as shoppers complain they cannot buy essential items.

Shoppers took to Twitter to post pictures of empty shelves at some of Britain's biggest supermarkets, claiming there was a shortage of goods including pizza, fruit and crisps. 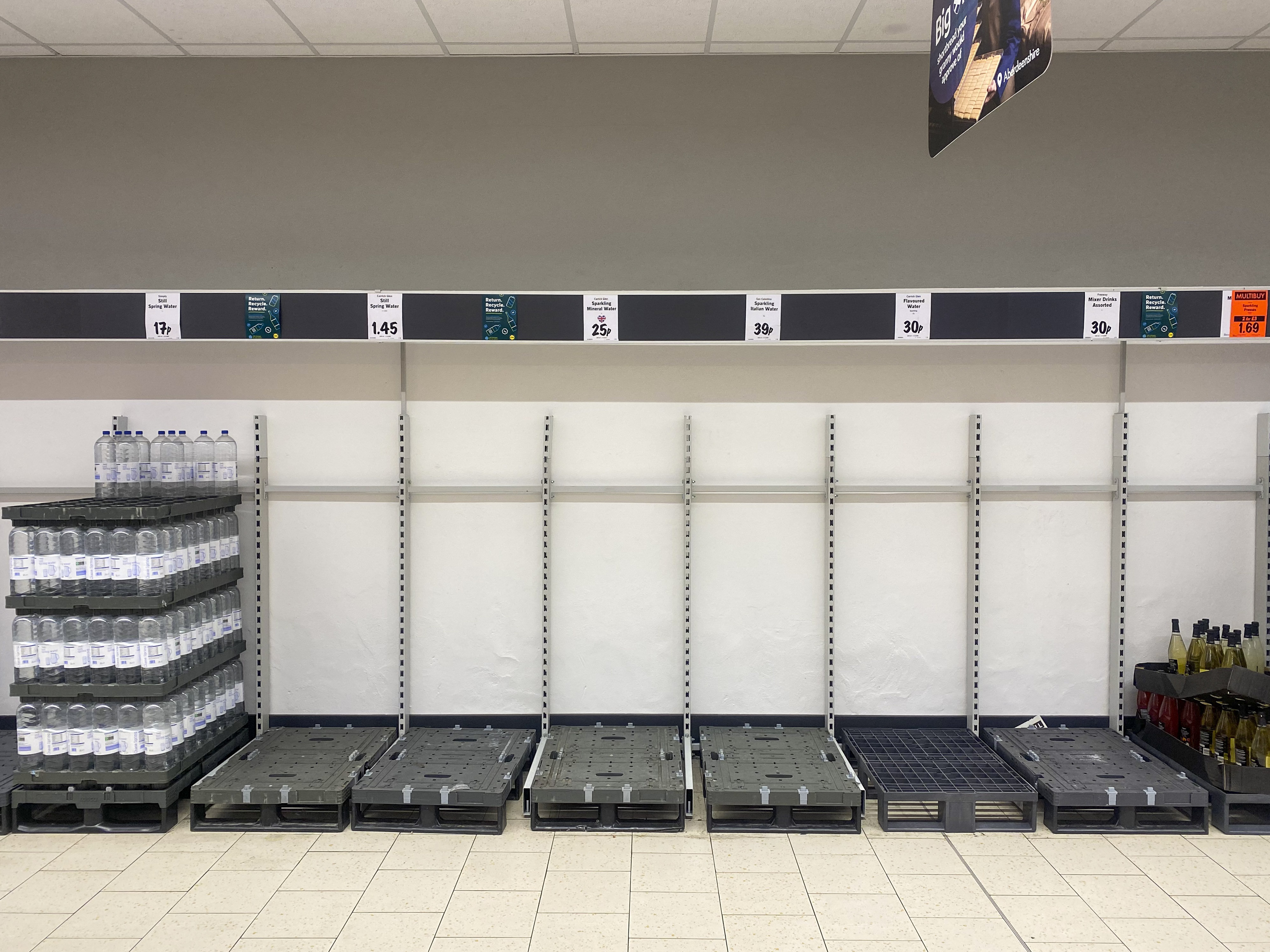 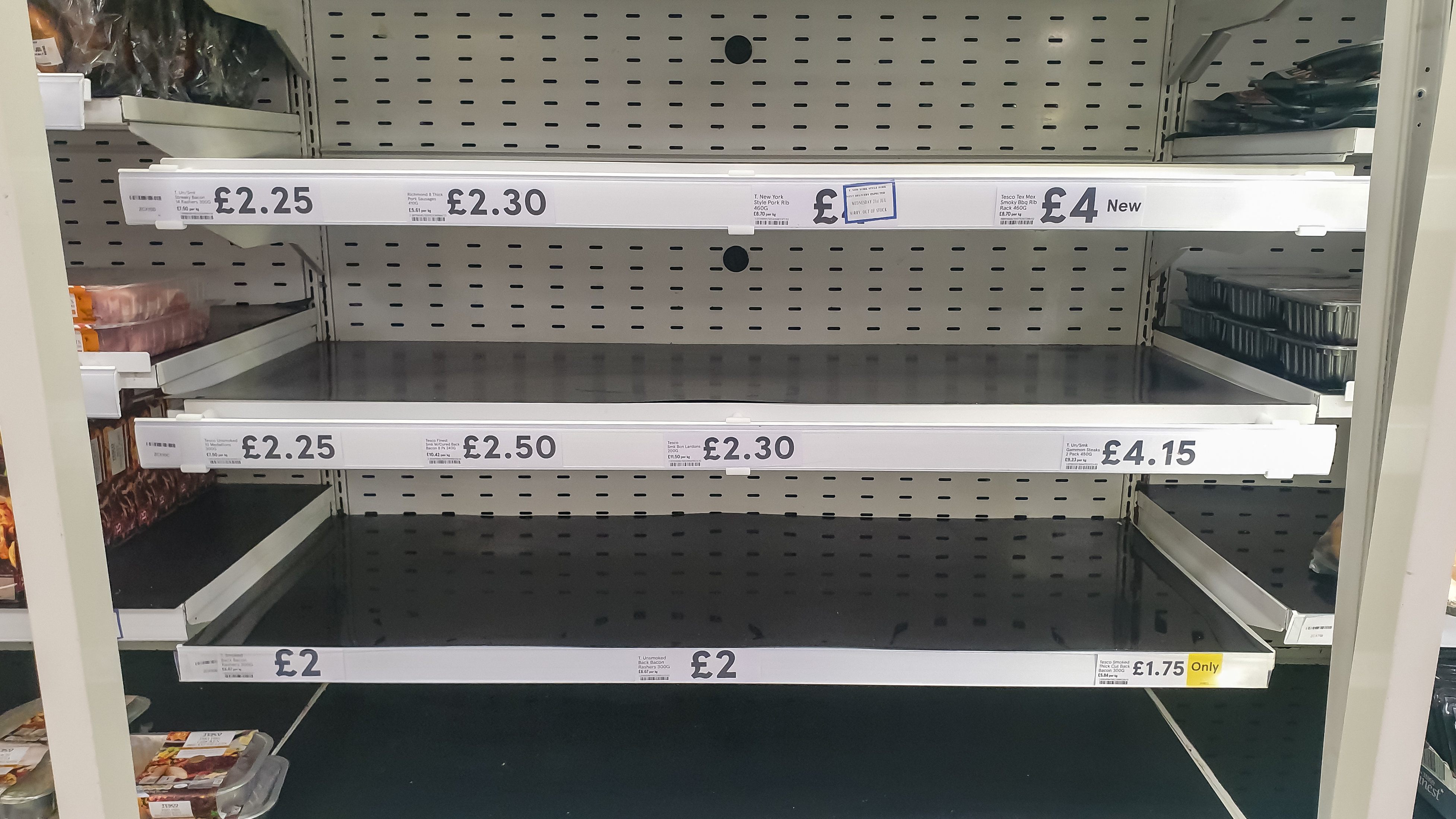 Supermarkets have been warning shoppers for months that they could face shortages from sweets to vegetables this summer due to a number of reasons.

In May, experts warned that a shortage of strawberries, raspberries, peas and lettuce could hit shoppers because foreign pickers have been unable to travel to Britain to harvest crops due to the Covid crisis.

Brexit has also been blamed for heightening the shortage, with thousands of delivery drivers flocking back to eastern Europe due to the impacts of the UK leaving the EU.

M&S warned there will be empty shelves and stores could be forced to reduce opening hours because high numbers of staff have been told to self-isolate by the NHS app.

While Iceland has already had to close stores because of shop worker shortages.

And in another blow to fridges across the UK, The Sun revealed that BBQ supplies could run out as the “pingdemic” forces butchers and meat factory staff into Covid isolation.

One Tesco shopper tweeted a photo of the lack of choice down the pizza aisle at his local store, with big gaps in the shelves.

Another Tesco shopper posted an empty drinks fridge at his nearest branch, tweeting that the shortages are “becoming more frequent”.

One customer tweeted a number of photos which showed signs on shelves telling shoppers that there was a lack of goods from pet food, crisps and sauces.

Lidl shoppers also posted pictures showing a lack of fruit and vegetables and eggs too.

One shopper fumed: “Lidl last night had some bare shelves.”

One said that there were barely any lollies or ice cream tubs left in her local Asda, while another said the supermarket was spreading out stock to fill bare shelves.

The Sun approached Lidl, Sainsbury's, Tesco and Asda for comment.

High demand for goods has also led to shortages.

Yesterday, The Sun revealed that shops including Tesco, Asda and Sainsbury's ran out of ice cream as Brits sizzle in a heatwave.

Morrisons and Tesco told The Sun that there had been a surge in demand for frozen treats including lollies, with teams working hard to "restock as quickly as possible".

Retail trade body the British Retail Consortium director of food and sustainability Andrew Opie said supermarkets are "working closely" with suppliers to make sure shoppers "still have access to the same great selection of goods".

He added: "Government must rapidly increase the number of HGV driving tests taking place, fill gaps by providing visas for EU HGV drivers, and also look for a longer-term solution to this issue." 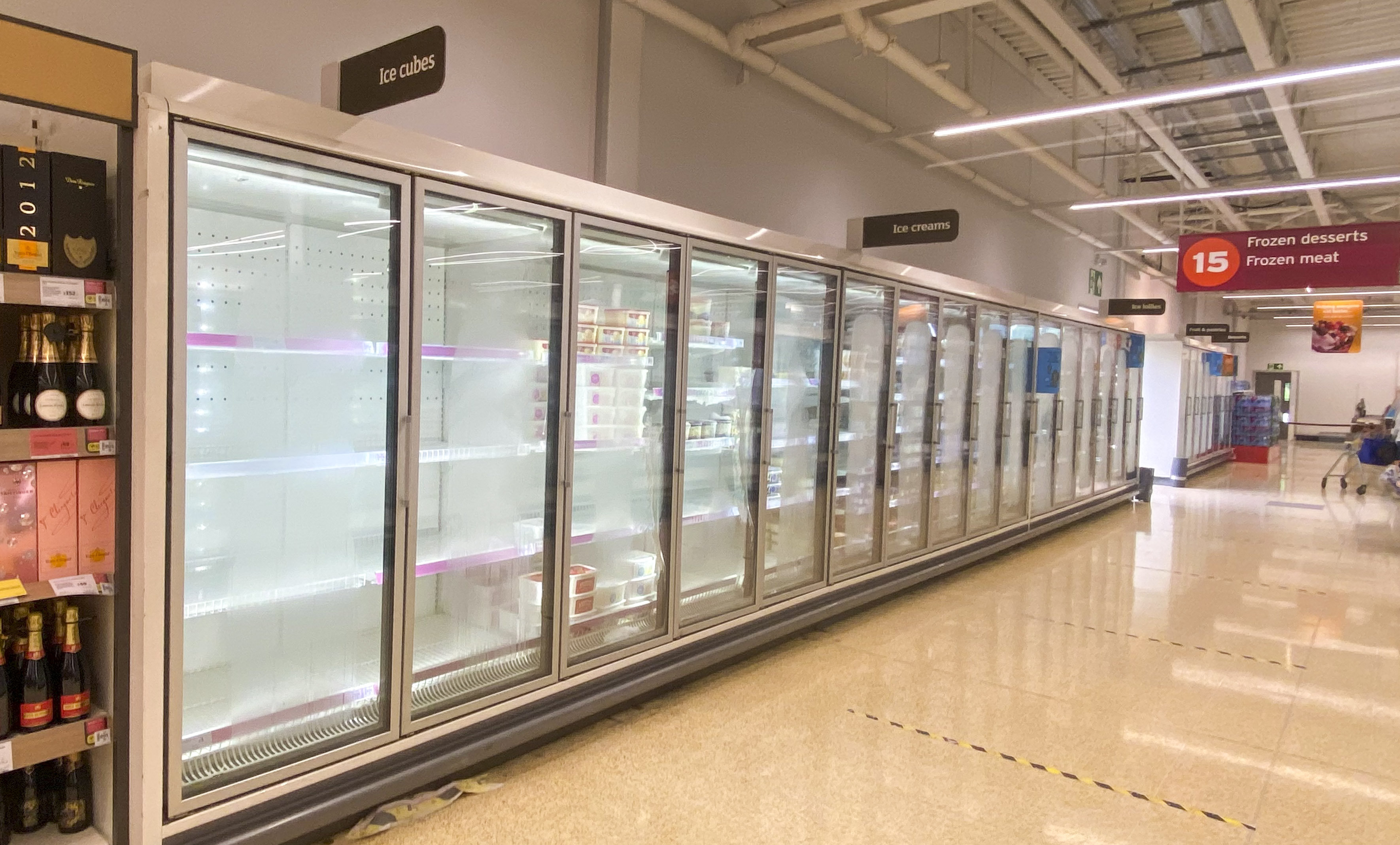 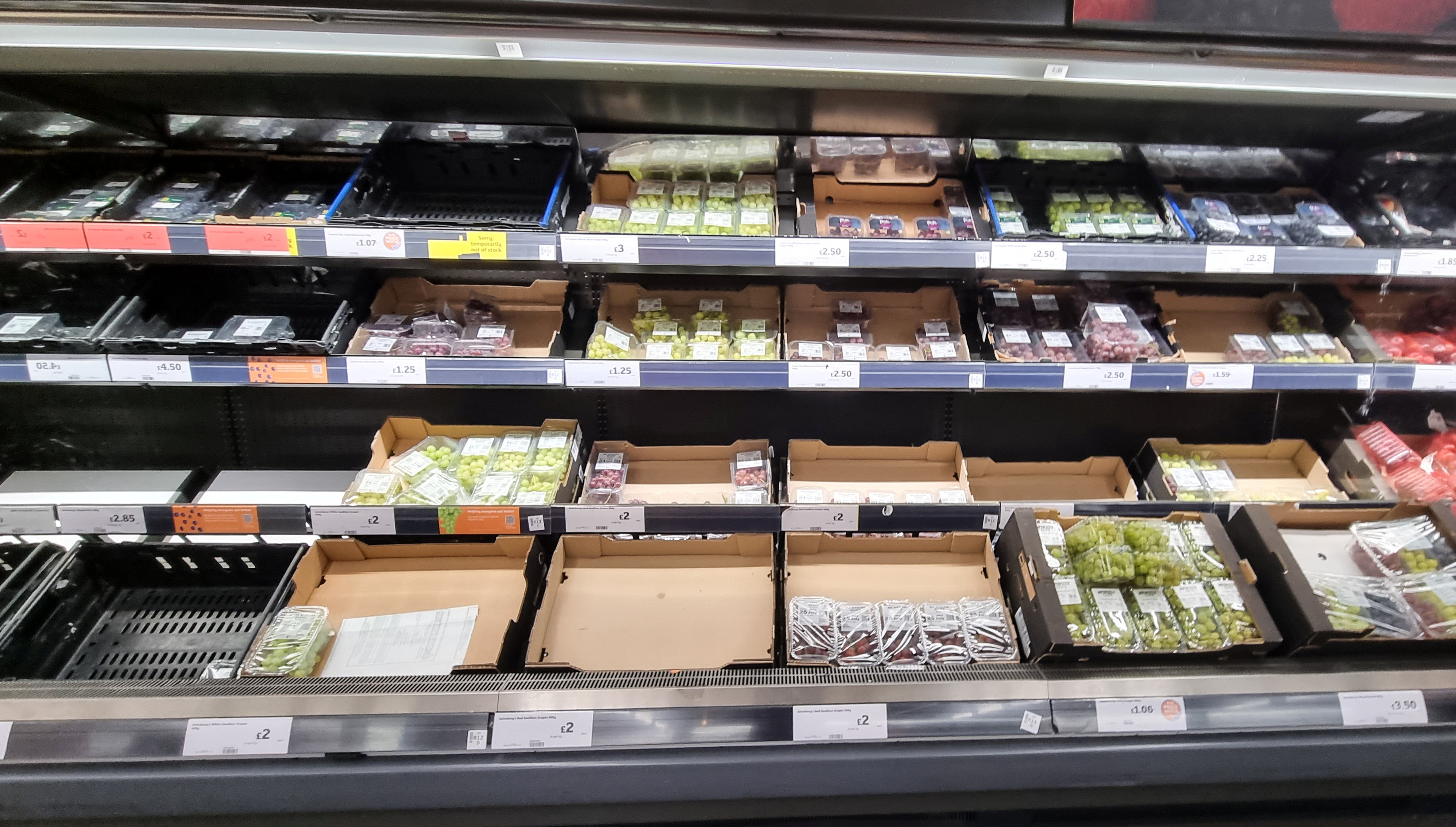 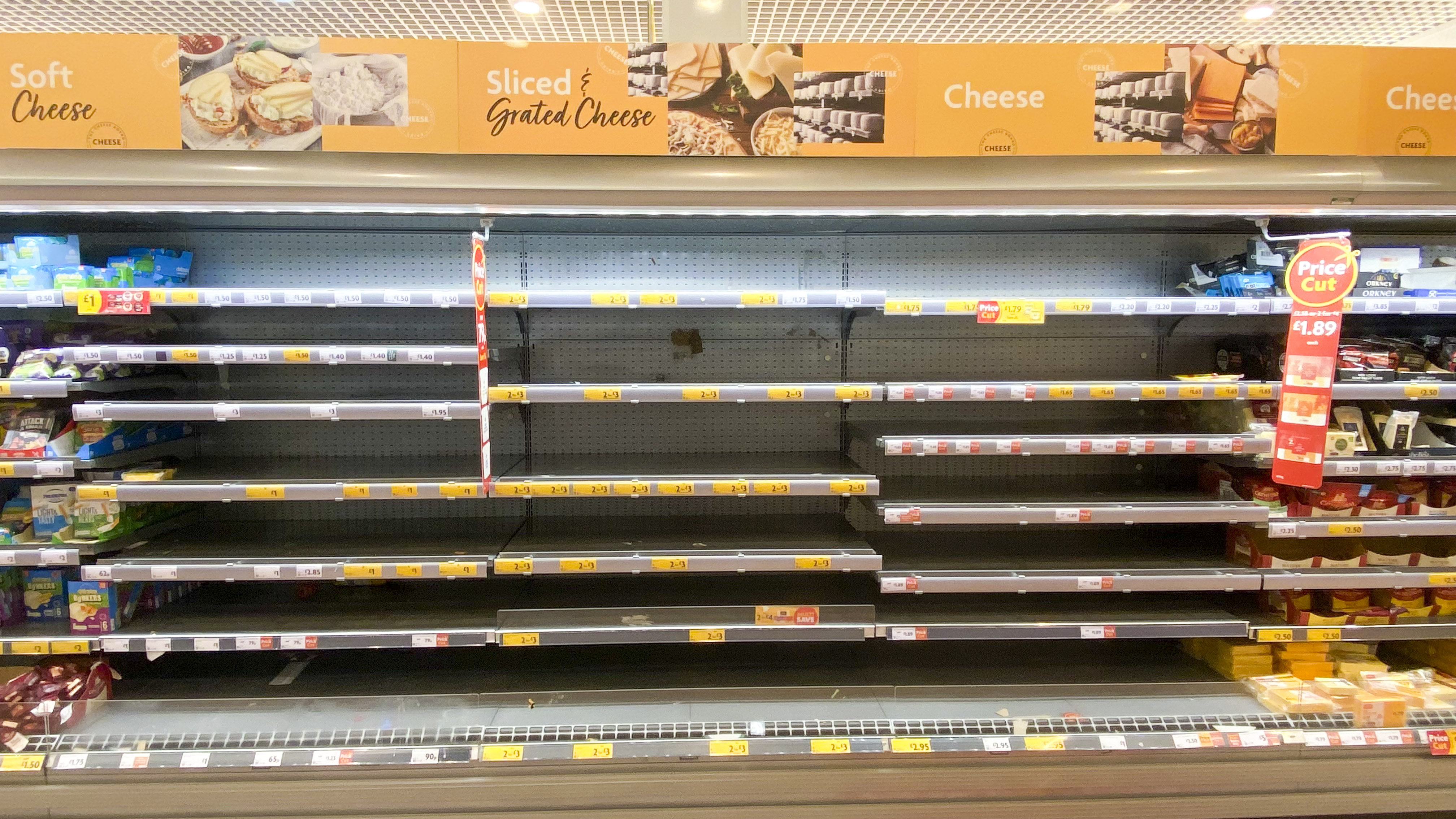 A shortage of Haribo sweets is set to hit the UK due to a lorry driver shortfall.

While The Sun revealed there was a national shortage of baby milk across shops including Tesco and Boots too.