Images of the family together were posted on the Royal Family Instagram account. Sophie Countess of Wessex looked stunning in a casual look, wearing a pair of blue jeans and a pink sweater top.

Images were posted with the caption: “The Earl and Countess of Wessex with their children Lady Louise Windsor and James, Viscount Severn on Southsea Beach for the Great British Beach Clean earlier today.

“The Great British Beach Clean is run annually by the Marine Conservation Society. This year, people are encouraged to run their own small, local beach clean with friends, family or ‘bubbles’, in line with current Government guidelines.”

A body language expert analysed the images for Express.co.uk.

Judi James revealed the Countess of Wessex is the clear leader of the group, despite her husband being the royal.

She said: “Sophie is clearly the team leader of the family, taking what looks like the most active role and engaging and laughing across at the others to ensure her the camera exposure is enjoyable.”

In fact, it is Prince Edward who takes his cues from his wife, and not the other way around.

“Edward appears to be allowed to be a bit of an alpha presence here, looking in control of the paperwork and pen and standing with his legs splayed in a bit of a power-pose.”

However, Judi added: “It’s Sophie he keeps eye-checking as though waiting for instructions.”

The expert claimed: “His puckered, skewed smile as he studies the paperwork suggests he’s having fun but might not be totally within his confidence zone.”

Despite their royal credentials, though, the expert said the family looked like any other family helping out on the beach.

She said: “The Wessex’s look so refreshingly ‘normal’ as a family unit here, dressed in practical kit and not appearing to ‘royal up’ with their body language poses as they take part in a very important environmental campaign to clean up our beaches. 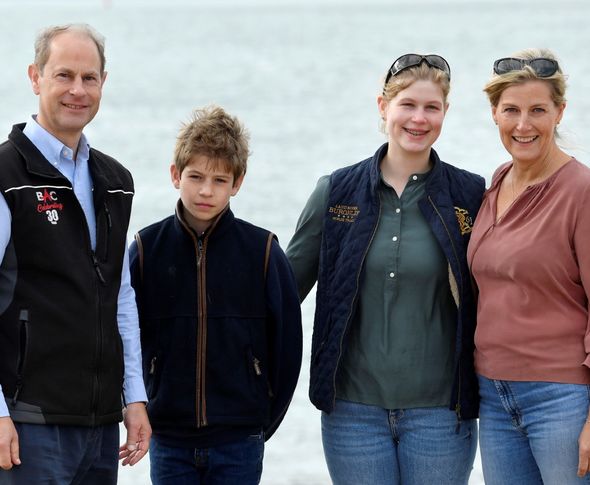 “They seem to be there as genuine volunteers rather than figureheads, although Sophie’s encouraging smiles as they chat and work do reflect her PR background”

Sophie Countess of Wessex appeared in another royal duty recently, this time with a personal significance to her.

It raised awareness for blind and partially sighted people.

This is a cause close to Sophie’s heart as her daughter Louise was born with an eye condition and had difficulties with her vision growing up. 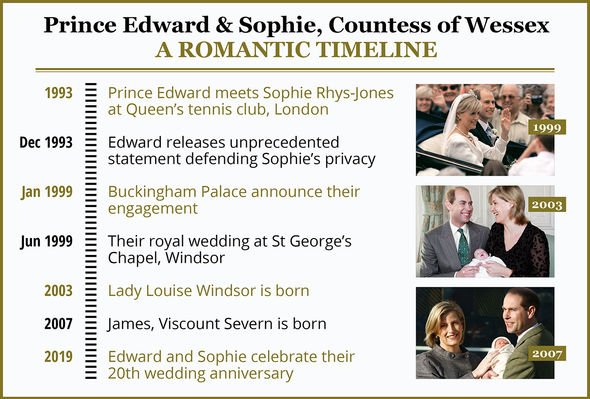 Sophie Wessex has been passionately advocating for the blind and visually impaired for many, many years.

Her daughter, Louise, underwent her first operation due to her sight aged just 18 months.

Sophie has previously spoken about Louise’s sight with the Sunday Express.

She said: “Premature babies can often have squints because the eyes are the last thing in the baby package to really be finalized.

“Her squint was quite profound when she was tiny and it takes time to correct it.

“You’ve got to make sure one eye doesn’t become more dominant than the other but she’s fine now—her eyesight is perfect.”