Embattled casino operator The Star Entertainment Group has named an acting chairman and chief executive after acting executive chairman John O’Neill abruptly stepped down amid a public inquiry into the company’s licence.

Star director Ben Heap will step in as interim chairman, while chief casino officer Geoff Hogg will be the acting chief executive officer from next month, managing the fall-out of the probe that has exposed dirty cash dealings and criminal infiltration of the company, among other claims. 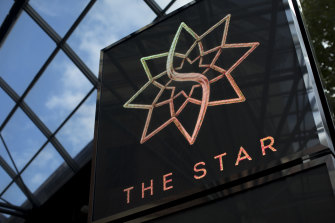 O’Neill resigned late on Friday, ahead of his evidence to the inquiry examining allegations of money laundering and fraud at the Pyrmont casino.

In a statement, The Star said O’Neill will transition his chair and executive responsibilities “in an orderly manner”, to formally stand down on May 31.

“Mr O’Neill was appointed to the executive chairman role on an interim basis on 1 April 2022 following the resignation on 28 March 2022 of Managing Director and CEO Mr Matt Bekier.“

Bekier resigned two weeks into the inquiry, which was launched in response to reports by The Age, Sydney Morning Herald and 60 Minutes. A search for a permanent CEO began last month.

The inquiry has examined allegations that Star ignored the criminal links and likely money laundering activities of its major “junket” high-roller tour partners.

It has heard it abused Chinese debit cards to facilitate $900 million of banned gambling transactions, before lying to its bank NAB about the major fraud.

NAB’s former director of Institutional Banking Industrials Sector Andrew Bowen gave a short session of evidence to the inquiry on Monday, before Star director Richard Sheppard returned to the witness box after appearing earlier this month.

Sheppard previously told the inquiry may have been “careless” in approving a stock exchange announcement that disputed explosive media reports revealing probity issues at its casinos rather than acknowledging they were accurate.

On Monday he agreed in evidence that there had been a failure of risk management at the casino and that senior executives had failed to equip the board with an understanding of governance problems, akin to those identified at Crown Resorts.