Steven Spielberg’s newest film is his most personal yet. But is it good?

“In this family,” declares Mitzi Fabelman, “it’s the scientists versus the artists. Sammy’s on my team. He takes after me.”

It’s said lightly but there’s no doubt that Mitzi (Michelle Williams) means it. She’s laying down a dividing line that will turn out to be one of the governing principles of her son, Sammy’s upbringing. 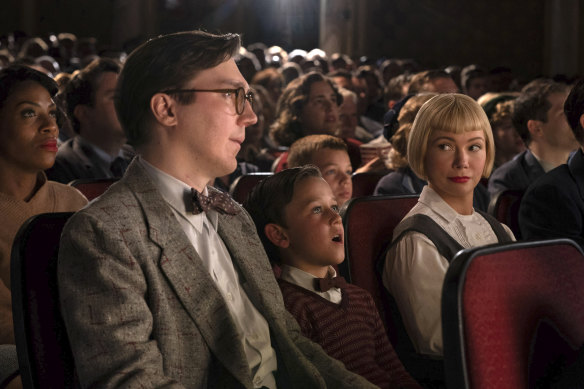 Paul Dano, Mateo Zoryon Francis-DeFord and Michelle Williams in a scene from The Fabelmans.Credit:Merie Weismiller Wallace/Universal Pictures and Amblin Entertainment via AP

Sammy (Gabriel LaBelle) is a fictionalised version of Steven Spielberg, who waited until his parents’ deaths before embarking on this account of his childhood and adolescence because he didn’t want to risk hurting them. It’s the kind of dilemma faced by most artists and writers who work close to home and many of them approach it a lot more ruthlessly than Spielberg does here. While he takes an unflinching look at his parents’ marriage and the reasons for their eventual split, his focus is softened by his love for them both – Burt, his highly intelligent father whose imagination is concentrated on facts, figures and mathematical abstractions, and Mitzi, his starry-eyed mother, a frustrated visionary who can’t shake off her regret at having forfeited a promising career as a classical pianist to become a housewife and mother.

Luminously portrayed by Williams, she’s a woman full of shifting moods and colours – warm-hearted yet mercurial with an irresistible urge to avoid boredom at all cost. Her husband can often be spotted gazing at her with a mixture of admiration and bewilderment. Played by Paul Dano, an actor whose pale, open face works like a mirror of his inner self, effortlessly reflecting every rippling thought and feeling, he regards her as a puzzle he will never solve. Yet he loves her with an intensity he has no hope of expressing because they don’t share an emotional language. 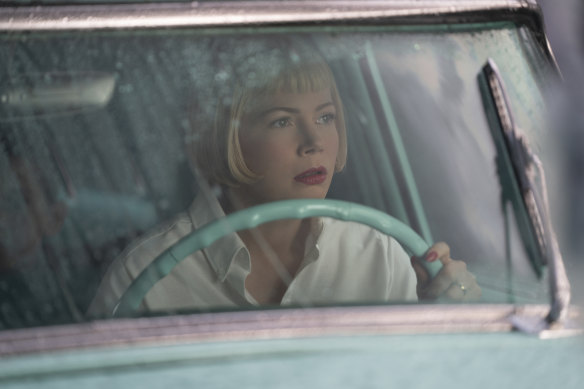 Michelle Williams is luminous as Mitzi Fabelman in The Fabelmans. Credit:Merie Weismiller Wallace/Universal Pictures and Amblin Entertainment via AP

When young Sammy is given an 8mm movie camera and makes the all-important discovery that film is to become his lifelong occupation, Burt doesn’t get it. He dismisses this new passion as a “hobby”. Mitzi, however, understands instantly. “Movies,” she says, “are dreams that you never forget.”

In the 1970s and early ’80s, most of Spielberg’s films dealt nostalgically with the pleasures of childhood, which meant that he and George Lucas became responsible for the revitalisation of the “family film”, a genre which had been effectively colonised by Disney and its commitment to the safe and the wholesome. Spielberg and Lucas pumped energy and suspense into it, bringing out the impressionable child in moviegoers of all ages while harking back to the classics of their own moviegoing in the 1950s.

The Fabelmans opens with a memorable example – Cecil B. DeMille’s circus picture, The Greatest Show on Earth, which climaxes with a train accident. Sammy is thoroughly shaken up by this spectacle and when Burt and Mitzi buy him a model train, he promptly crashes it, to Burt’s dismay. But once again, Mitzi understands. She suggests that he choreograph another pile-up and her son goes on to exorcise his fear by using his camera to film it.

The camera becomes Sammy’s extra limb – or, more aptly, his third eye. By putting things on film, he can better comprehend them but these truths also come at a price. It’s the camera which leads him to the realisation that Mitzi is in love with Bennie (Seth Rogen), his father’s best friend, for Bennie can do something Burt can’t – make her laugh. 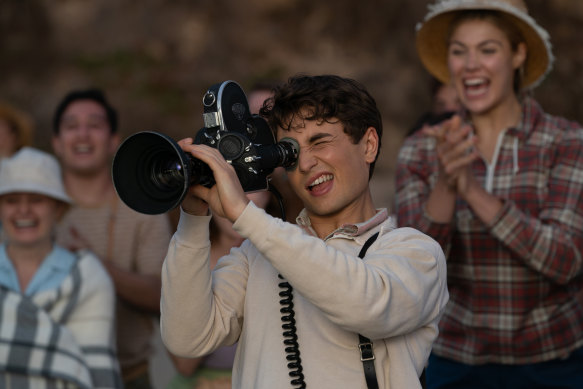 While the film is the most personal that Spielberg has ever made, full of wistful insights into the tragedy spawned by Burt and Mitzi’s mismatched temperaments, it also shows how deeply he’s steeped himself in the Hollywood movie’s genres and syntax. Running in tandem with the story of Sammy’s life at home is a typical high school movie about his misadventures as a Jewish kid being bullied by the jocks among his Californian classmates. But here, too, the camera proves to be his most powerful weapon, securing his popularity because he knows how to turn his fellow students into movie stars – and villains.

Spielberg has packed all these things into a deceptively simple narrative which flows so smoothly that it’s easy to miss its finer points. In that sense, it crystallises his innate ability to translate the most delicate subtleties into entertainment.

The Fabelmans is in cinemas January 5.