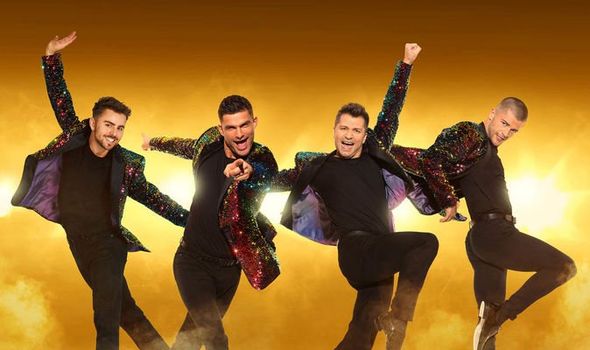 “The first time we went out on the road in the summer of 2019 with the Here Come The Boys dance show, we didn’t quite know what to expect,” he says. On that occasion, he was accompanied by Gorka Marquez and Giovanni Pernice. “We couldn’t believe the reaction. We were sold out everywhere.” A second season of HCTB was set for a residency at London’s Garrick Theatre from January before going on the road. The pandemic put paid to that. It was feared it wouldn’t be resuscitated until 2022 but a slot came up at the London Palladium where it plays for over two weeks from May 25.

He’s champing at the bit to get out in front of an audience again.

“I’ve missed performing on stage tremendously,” says Aljaz, 31. “This has been the longest spell I’ve ever known when I haven’t been able to dance. And there’s nothing in this world I like more than dancing.”

Former CBBC presenter Karim Zeroual, 27, became mates with Aljaz when he took part in Strictly in 2019 (and was a runner-up with partner Amy Dowden). “It was Aljaz who suggested I get involved with Here Come The Boys. It was so humbling to be picked out by him: he’s an incredible dancer.”

He shouldn’t be surprised.

Strictly judge Craig Revel Horwood (who knows a thing or two on the subject) reckons Karim is the most naturally talented celebrity dancer in the history of Strictly. All he’ll say now is: “I really worked my bum off on that show.”

He’s thrilled to be back at the Palladium, where he made his professional debut aged 10 in Chitty Chitty Bang Bang. “Here Come The Boys is going to be a feelgood, modern dance concert with very few competitive elements,” he says. “Now, as never before, audiences want to be cheered up.” 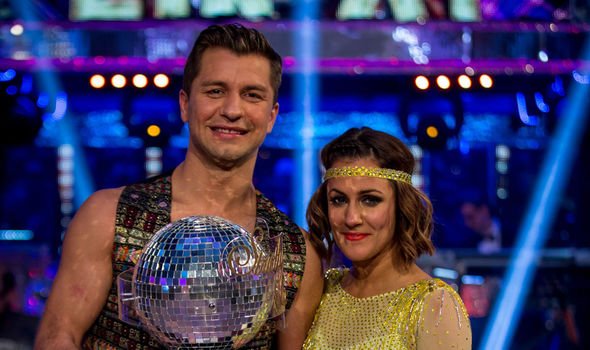 Since breaking up with long-time girlfriend Poppy Birtwhistle, Karim has been what he calls “a single Pringle”. He tried his luck on Celebs Go Dating – to no avail.

At the beginning of the year, he was a contestant on Celebrity Best Home Cook with Mary Berry. He did respectably, with Ed Balls romping home as the eventual winner. “Claudia Winkleman was the presenter and we knew each other, of course, from Strictly. I love her. She guided me through the show.“

When Pasha Kovalev, 41, was approached about Here Come The Boys, he was immediately interested. “It will give me the chance to share the stage again with my friends from Strictly. It was just a no-brainer.” He has only good things to say about Strictly. “It opened so many doors for me.”

Pasha wanted to be a dancer for as long as he can remember. To hone his skills, he moved from his native Siberia to Moscow and then from Russia to the US when he was 20. Ten years ago, he emigrated to the UK and joined Strictly.

The show, which he won with the late TV presenter Caroline Flack in 2014, gave him other memorable partners, not least Countdown maths whiz Rachel Riley in 2013. They subsequently fell in love, married and now have a daughter, Maven (“It means the one who knows,” says her doting dad), born in December 2019. A second baby is due in October. 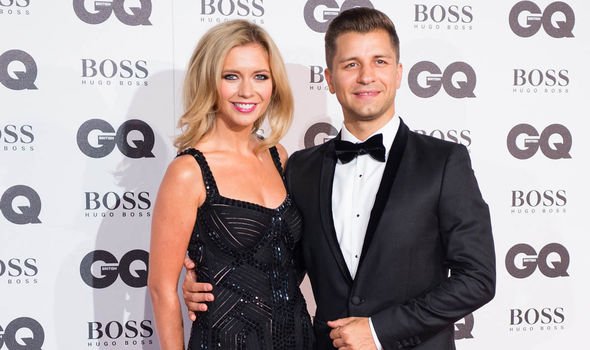 Graziano Di Prima, aka the Italian Stallion, joined Strictly in 2018 when he partnered TV and radio presenter Vick Hope.

“It completely changed my life,” he says. “I come from a small town in Sicily where my parents work in the vineyards. When I first started dancing, my dad said he thought there was something wrong with me.

“When the invitation finally came to join Strictly, I practically fell off my chair. My parents came to the UK to watch me dance. The camera found my dad in the audience and tears were streaming down his face. Now he understood what dancing meant to me.”

He and dancer girlfriend Giada Lini, 30, got engaged in 2019 when he proposed on May 7, his birthday, on stage in Watford – to the delight of the cheering audience – during the tour of dance show Burn The Floor. They’ve had to postpone the wedding twice due to the pandemic. “But we hope to marry in Sicily next July.”

Former Strictly favourite, Robin Windsor, 41, retired from performing in 2018 with a farewell tour. “I ran some very successful same-sex dance evenings. Well, the pandemic made that impossible so I started teaching dance online via Zoom.

“What that made me realise was just how much I was missing performing. The producer called me with the offer of being a part of Here Come The Boys and I jumped at the chance.“

He has only fond memories of Strictly. In 2013, he partnered Dragons’ Den panellist Deborah Meaden. “I expected her to be rather forbidding. But she’s the loveliest person you could ever hope to meet, always laughing.”

He’s also a big fan of her husband, Paul. “He took secret ballroom dancing classes while Deborah was on the show so he’d be able to dance with her when she was eliminated. He’d research whatever the dance she and I were doing each week and send her a bunch of appropriate flowers. Who said romance is dead?”

And, finally, here comes the girl Nadiya Bychkova, 31, the unfeasibly long-legged Ukrainian blonde, has been a pro dancer on Strictly since 2017 when she danced into the quarter-finals with Davood Ghadami (the recently murdered Kush from EastEnders). 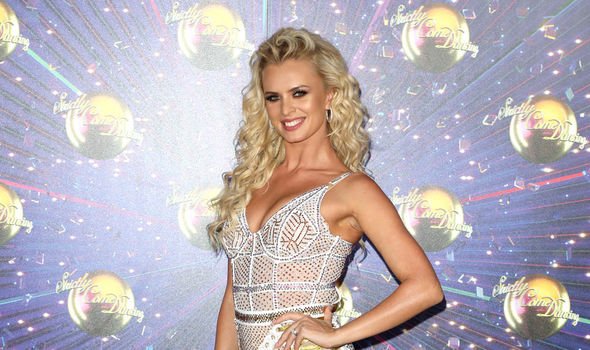 Isolating in London, she has been learning her routines by video. Apart from Robin, she knows the boys – and none more so than Aljaz. They had the same dance teacher in Ljubljana.

“She’s from the Ukraine,” says Aljaz, “but she moved to Slovenia as a young girl. She’s a very talented dancer and a beautiful girl.”

She’s also the only mum among the Strictly stars: her daughter, Mila, by professional footballer Matija Skarabot, 32, will be five in June and will be reunited with Nadiya when her grandmother brings her to the UK once the Palladium show is up and running.

And no, she’s not remotely fazed about being the only female. “The trick,” she says, “is to make it look as though the men are in charge. But then, isn’t that what women have been doing for men since the beginning of time?”