Talk about perfect timing! Street photographer who specializes in capturing snaps at exactly the right moment is a master of the optical illusion 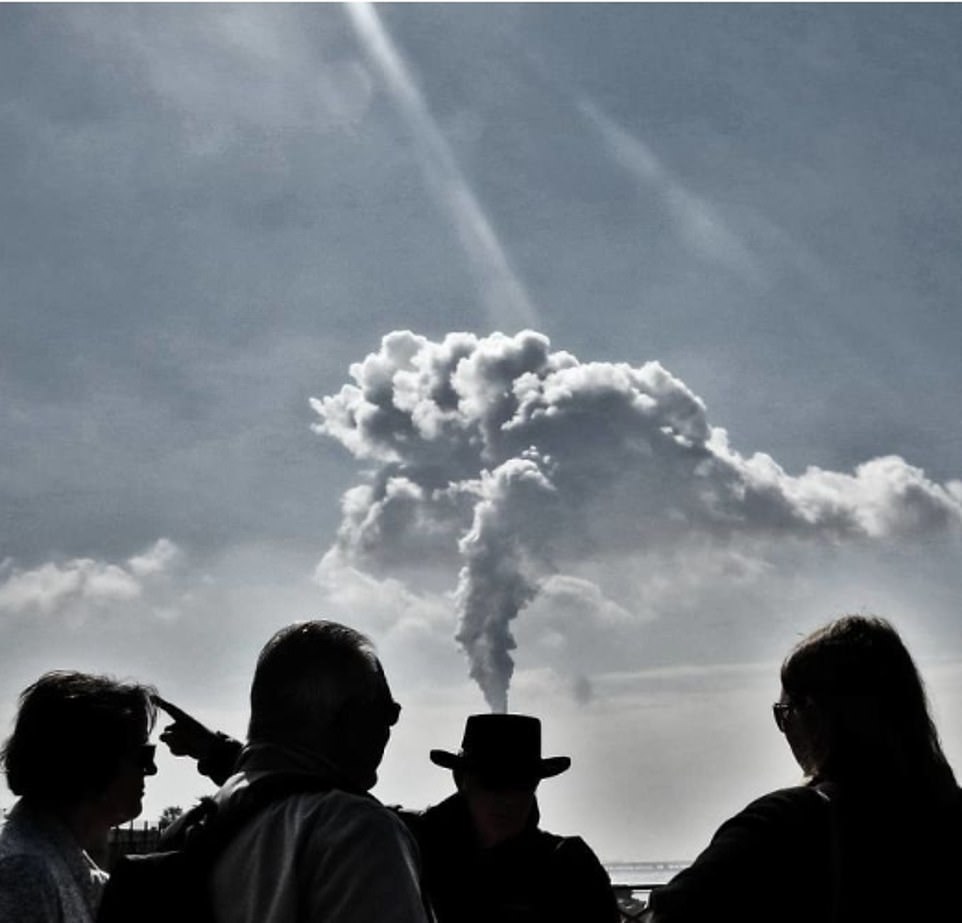 They say the camera doesn’t lie, but sometimes it can certainly play very clever tricks if the timing is right. Street photographer Anthimos Ntagkas, from Athens, Greece, has become something of an expert in capturing perfectly timed snaps that are guaranteed to make you do a double take. A dog who appears to have human legs and woman seemingly blowing smoke out of her head are just some of the optical illusions captured by the snapper, which have been compiled by Bored Panda. Here, we reveal a selection of the best snaps that prove just how important it is when the camera clicks just at the right second. 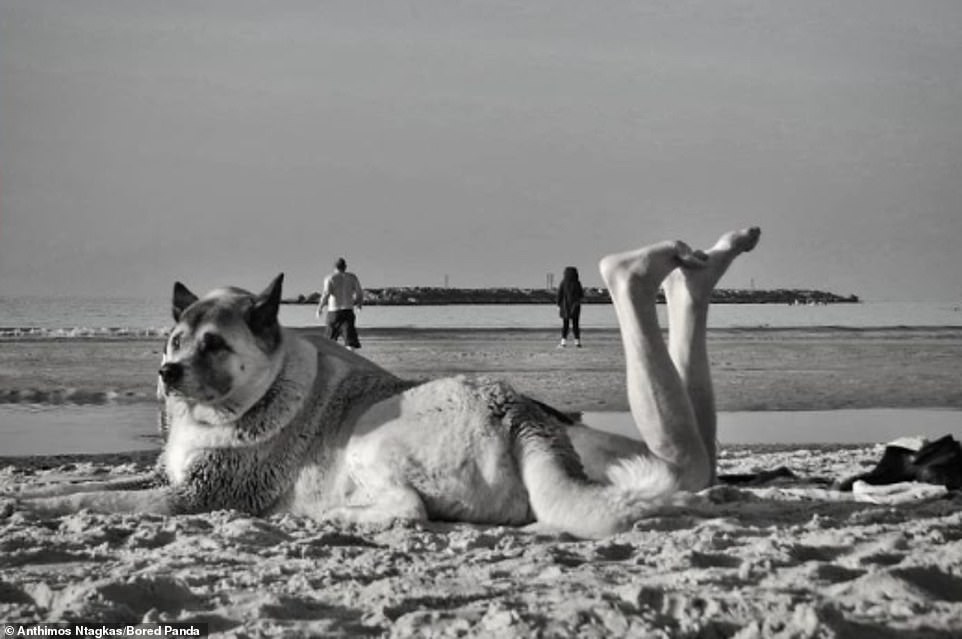 Man’s best friend: This dog in Tel Aviv, Israel, appeared to gain human legs in this magnificent snap, taken on a beach. 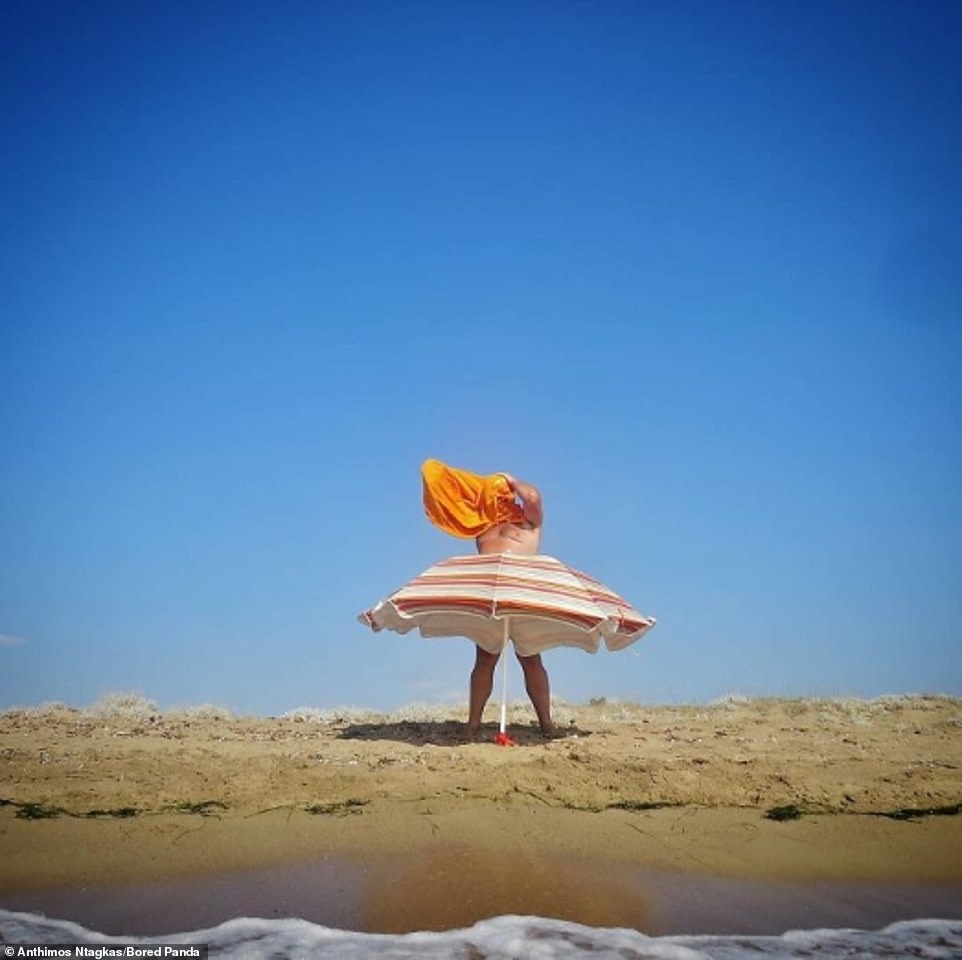 Perfect covering: This man kept all his modesty with what appeared to be giant skirt, with the spot-on positioning of a huge umbrella on Kalogria Beach, Greece. 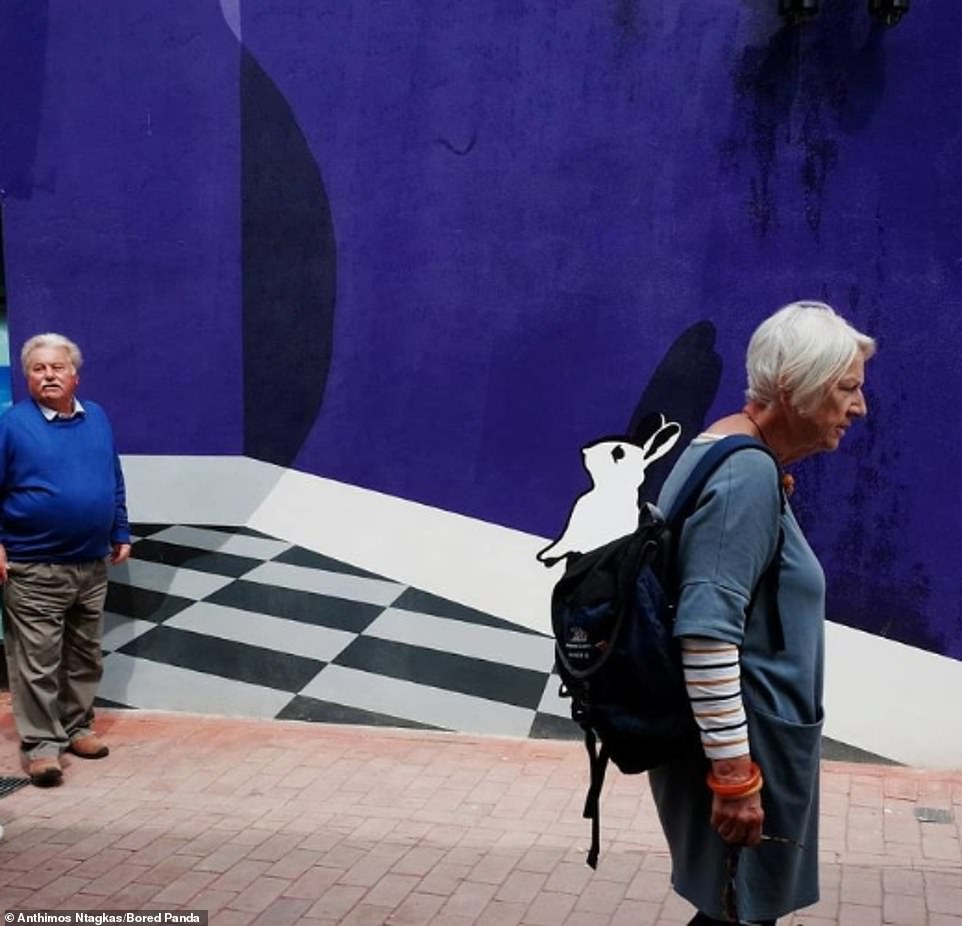 Straight out of Alice in Wonderland! This woman in Brighton made for a fantastic photograph when walking alongside this wall, featuring a white rabbit painting. 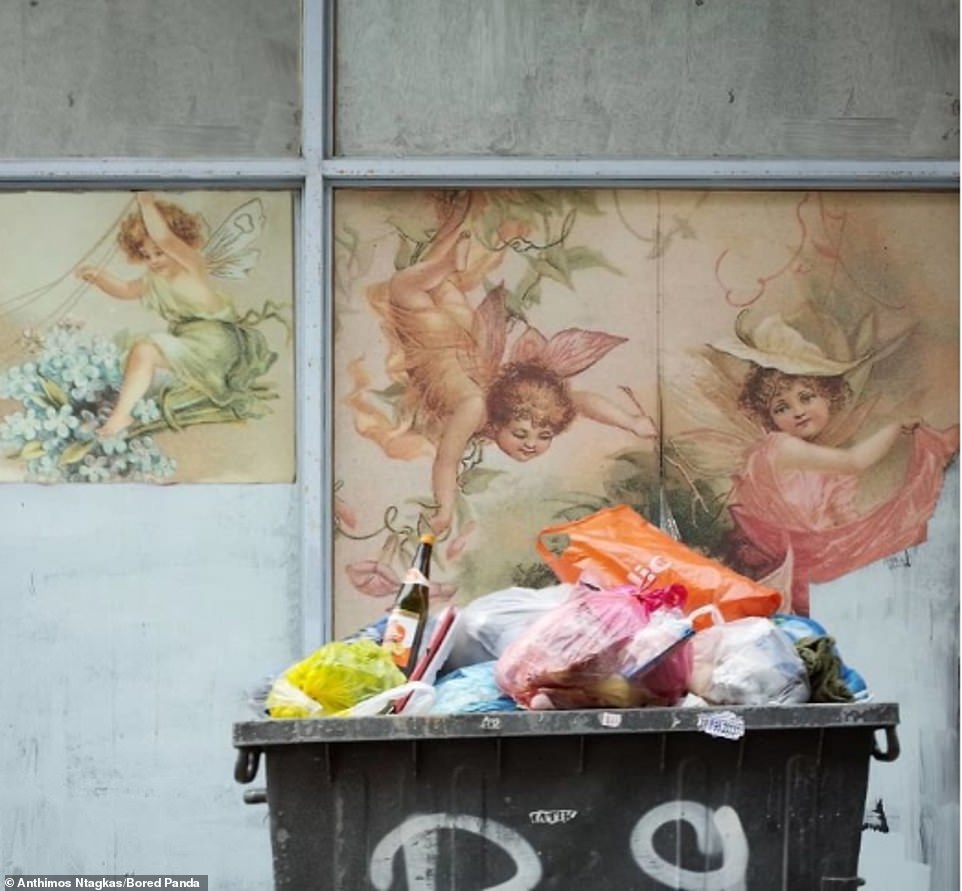 Not so innocent: This impressive picture, taken in Athens, Greece, appears to feature winged angels stealing a bottle of wine from a rubbish bin. 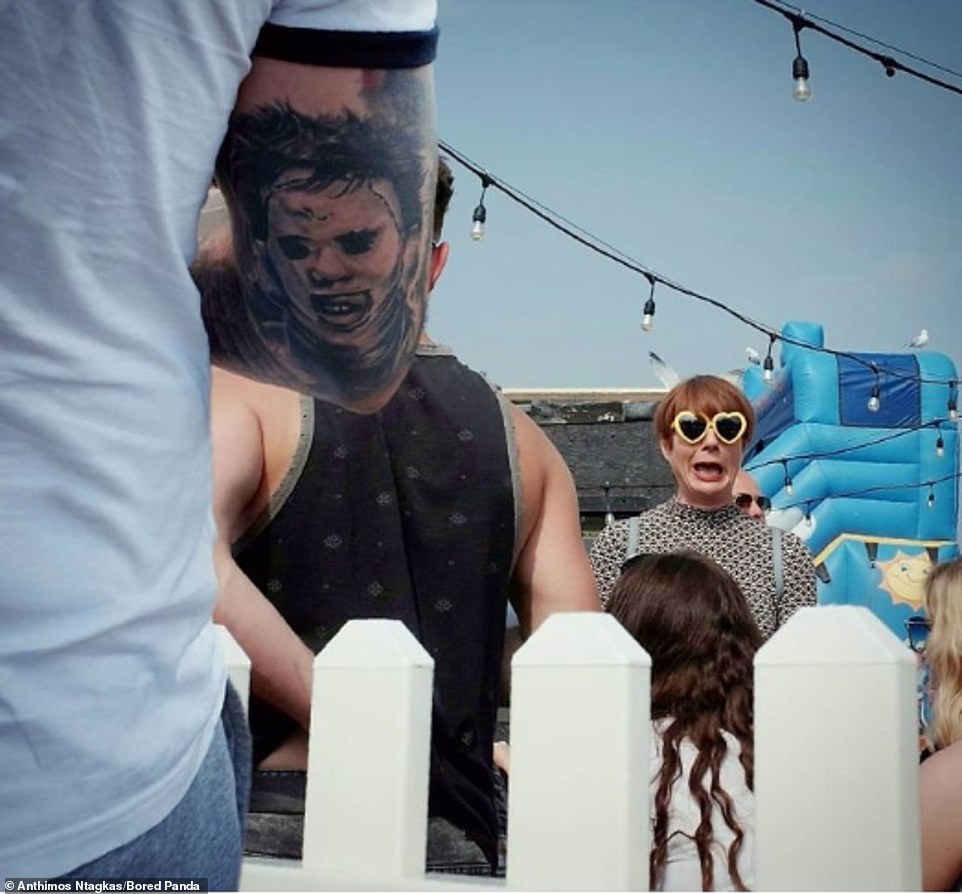 Now that’s perfect timing: A man’s tattoo is seemingly given a body in this photograph, taken in London during the summer. 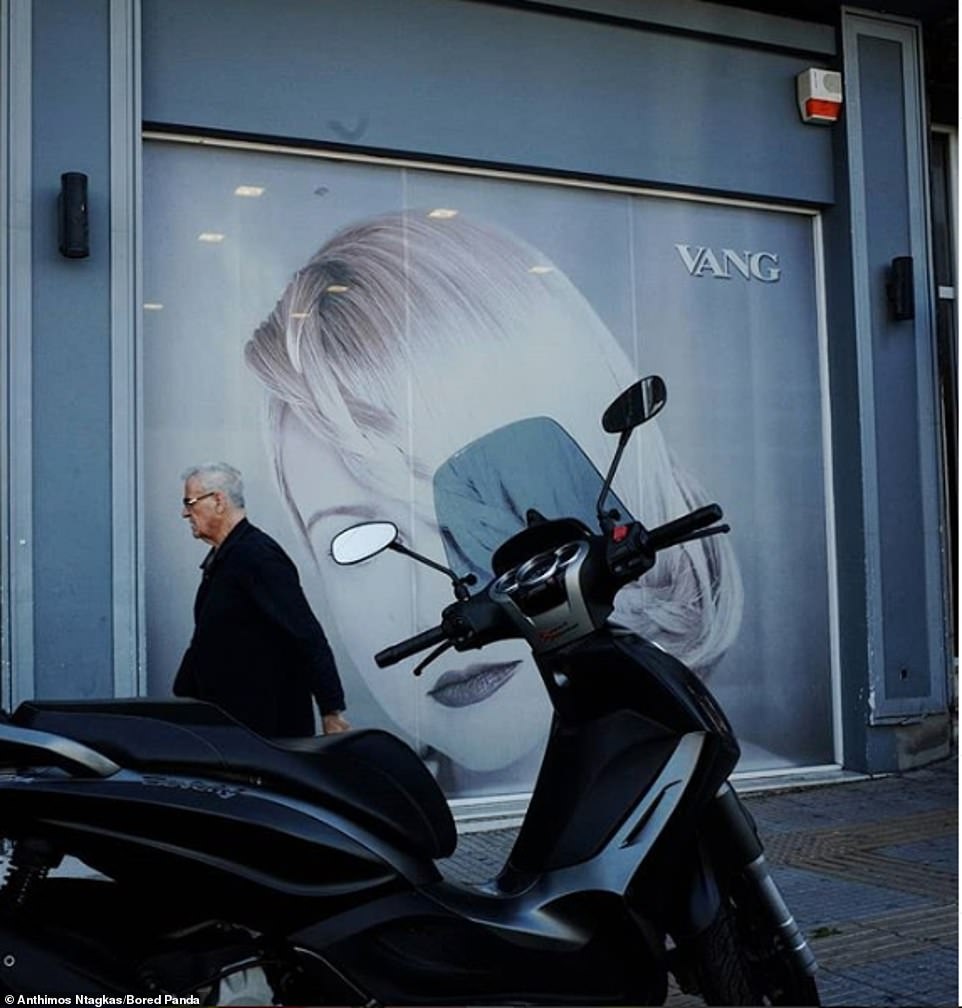 Biker chic: The model on this poster gained an eye glass when a person perfectly positioned their motorbike in front of it in Athens, Greece. 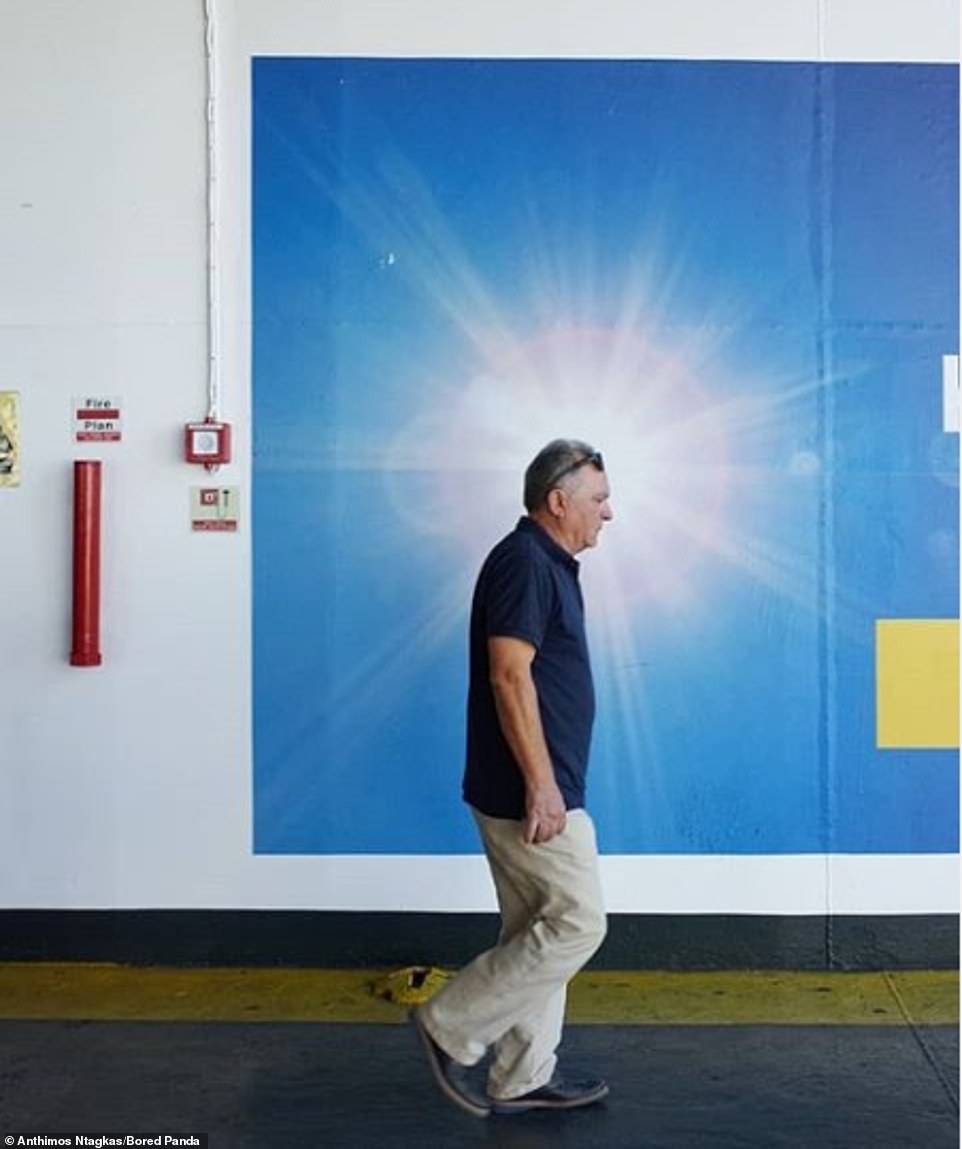 Looking good: This spot in Piraeus Harbor, in Athens, Greece, offered a radiant glow for whoever passed it at just the right time for a snap. 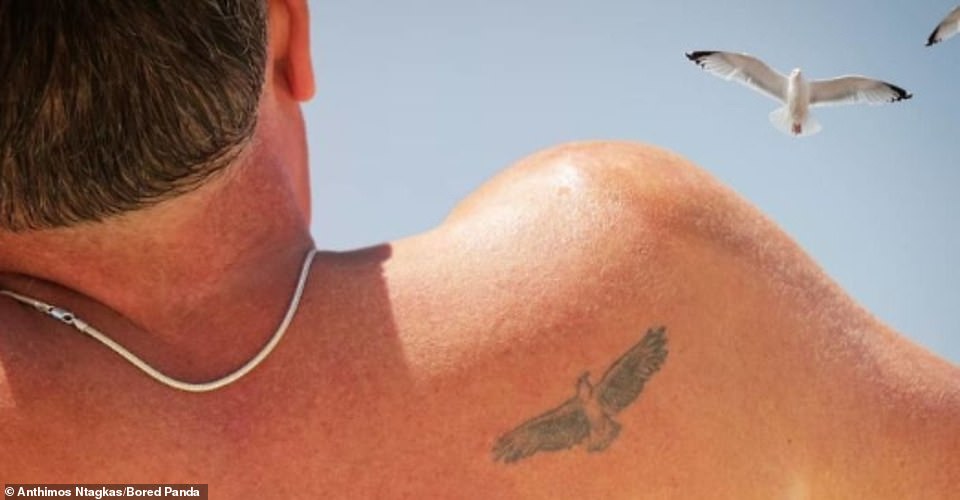 Fly, fly away: This man’s tattoo was the perfect addition to several birds flying overhead in Mega Drafi, Greece. 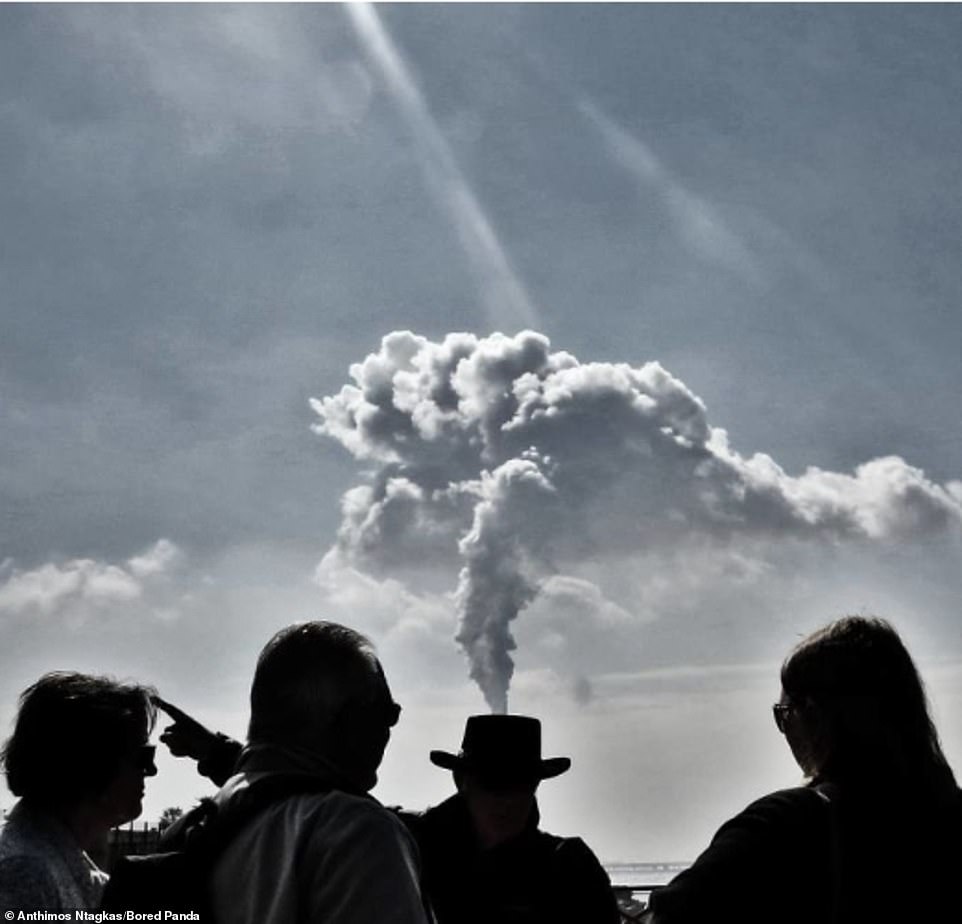 Stay out of his way! This man looked like he was steaming with madness, thanks to the perfect positioning of the clouds. 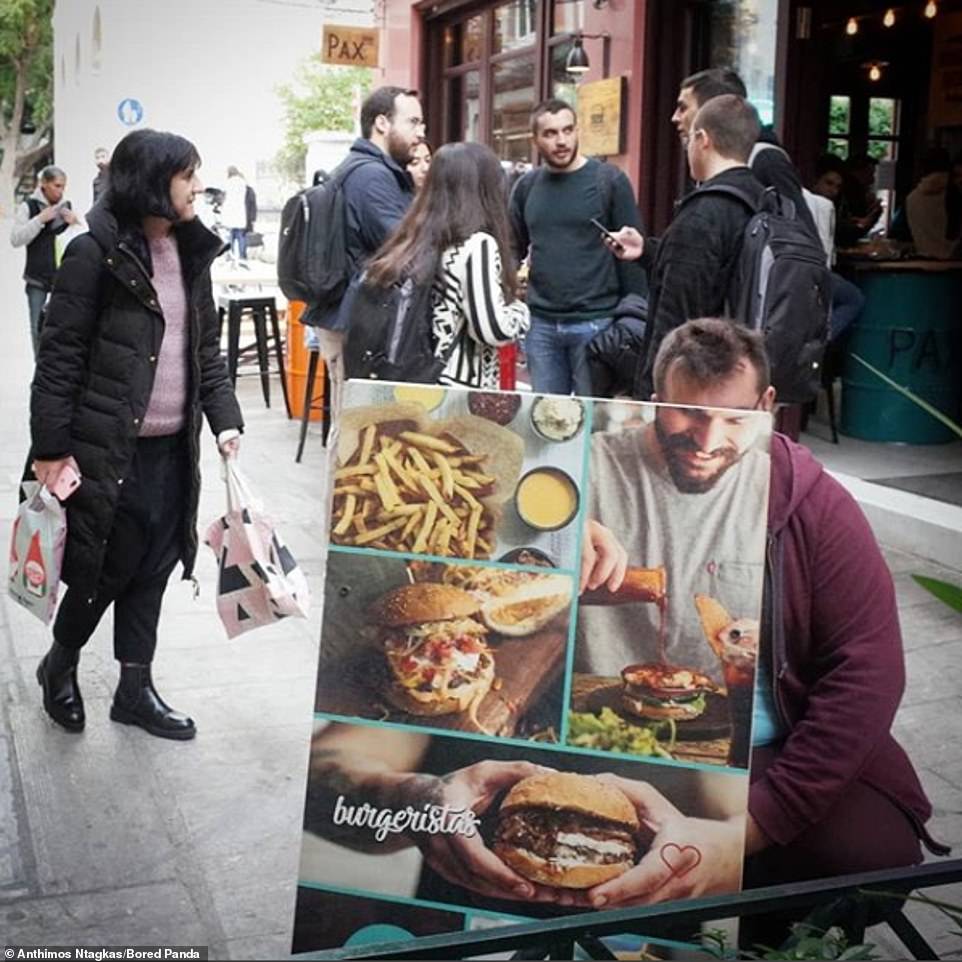 Making it work: A man’s hair is a great addition to this poster as it matches with the person pictured on it in Athens, Greece.