Susan Beschta, who performed in the 1970s art-punk band the Erasers as the frontwoman Susan Springfield before taking an unlikely career turn, becoming a human rights lawyer and then an immigration judge, died on May 2 in hospice care in Manhattan. She was 67.

A close friend, Sylvia Reed, said the cause was brain cancer.

If a life is a journey, Ms. Beschta’s was full of twists and turns, geographically and vocationally. After growing up in Wisconsin, a stint at the University of Wisconsin-Whitewater and a brief period living in Berkeley, Calif., she hitchhiked across the country to New York with dreams of becoming a fine artist.

In the 1970s, when punk rock burst loudly on the music world, Ms. Beschta, a self-taught guitarist and vocalist, could be found in crowded, raucous downtown Manhattan nightclubs belting out attitude-laced three-chord rockers in the Patti Smith vein.

By the end of the ’80s she had gone in a completely new direction, earning a law degree and working for a charity representing abuse victims and immigrants.

By the early 2000s she was a federal government lawyer in New York handling immigration cases. And by early this year she had become a federal judge, also in New York — not long after she learned of her cancer diagnosis.

To those who recall her days at CBGB, the epicenter of the punk scene in 1970s New York, Ms. Beschta’s career path may have seemed incongruous. But to friends, there was always a common thread.

“For Susan, music and art were there to lift up all people, and this deep-seated belief was what she took with her from the downtown scene to the halls of justice,” Ms. Reed, who was once married to Lou Reed, said in an email. “To her, all were equal, all were entitled to human compassion.”

In their ′70s heyday, the Erasers — made up of two men and, unusually, three women — were well known among the rock cognoscenti. In clubs like CBGB and Max’s Kansas City, the band opened for the likes of Ms. Smith, the Feelies and Richard Hell and the Voidoids. Frequently, the Erasers headlined.

Ms. Beschta was also at the center of punk’s downtown social scene, presiding over parties at the Elizabeth Street loft she shared with her bandmates Jody Beach and Jane Fire. The poet Allen Ginsberg and musicians like John Cale, Johnny Rotten and Iggy Pop might show up.

But even by the here-today-gone-tomorrow ethos of punk, the Erasers’ recording output was minuscule. The band — its other members were Richie Lure and David Ebony — recorded only three songs. One, a single — “Funny,” with “I Won’t Give Up” on the B side — was produced by Richard Lloyd of the band Television but remained unreleased until it was included in a 2015 boxed set celebrating a defunct New York label, Ork Records.

But the band did not lack for admirers. After one gig in 1978, the influential British music publication NME wondered why no record companies had “picked up these flecks of gold dust from the floor of CBGBs.”

And in a 1977 issue of the underground music publication New York Rocker, the Erasers came in second in a reader poll of favorite unrecorded bands, ahead of future critical darlings like the Cramps and the Feelies.

“Susan was one of the musicians at the heart of CBGB, when what was to be called ‘punk’ was still an undefined desire and attitude developing there,” Richard Hell, who dated Ms. Beschta in her musician days, recalled in an email. “And ‘heart’ is the word, because she was unusual in that environment for her kindness and drive to work for justice.” 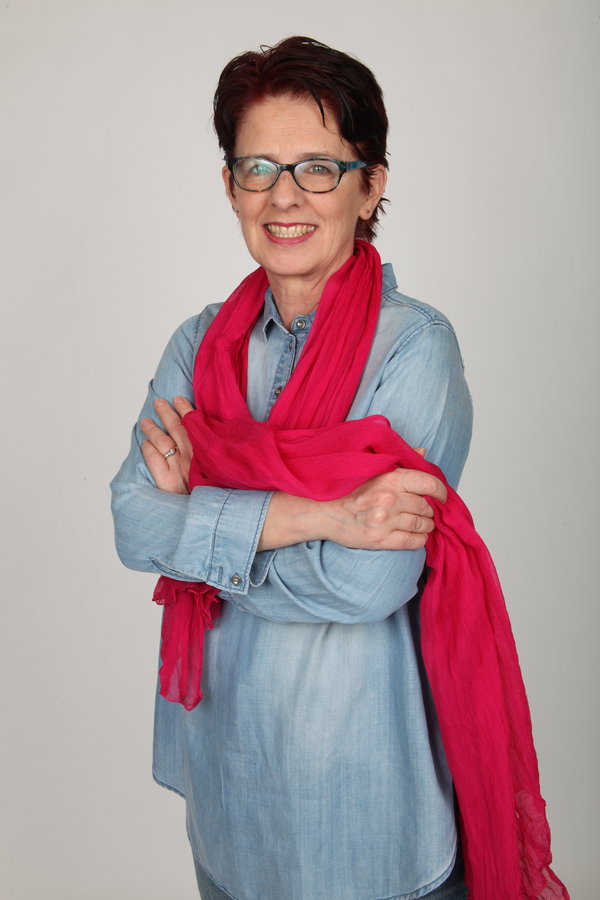 That drive started with the cause of gender equality.

“One of the things I‘ve been particularly curious of throughout my whole career as a performing artist was the fact of being a woman,” Ms. Beschta said in an interview with the alternative newspaper The East Village Eye in the 1980s, when she went by the name Susan Springfield. “One of my main concerns as a woman was to set a good example as an individual for other women, particularly young girls in the middle of nowhere. The place where I came from.”

One shibboleth she sought to shatter was the idea of female rockers as sex objects.

“We all played instruments, we weren’t just the pretty girl up front,” she told Flavorwire, a website devoted to popular culture, in 2016. “And this was right on the heels of the feminist movement. If you saw one of our first posters, I had really long, curly hair — beautiful — and shortly thereafter I made a statement and had it all chopped off.”

But if Ms. Beschta was rebellious, she was no punk-rock nihilist.

“Susan was that unusual artist who performed with spunk and drive on the stage of CBGBs, drawing all eyes to her, but remained devoid of ego, absent any need to push anyone else offstage,” Ms. Reed wrote in an email. She added, “She thought that creativity was its own reward.”

Susan Marie Beschta was born on April 21, 1952, in Appleton, Wis., to Gerald and Jean (Gericke) Beschta. After hitchhiking to New York, she enrolled as an undergraduate at Pratt Institute in Brooklyn with plans of becoming a painter and a fine-art photographer. During that time she met another aspiring artist, Jane Fire, and the two decided to investigate a more raucous form of art.

“I wanted to do something in a more populist way,” Ms. Beschta told Flavorwire. With fine art, she said, “I would only be able to sell it to rich people.”

After batting around the idea of starting a band with Ms. Fire and Mr. Ebony, a recent college graduate who had studied art history, they formed the Erasers, taking the name from a surrealistic detective novel by the French avant-garde writer Alain Robbe-Grillet.

After the band made its final appearance, at the Peppermint Lounge in Midtown in 1981, Ms. Beschta pursued a solo career, collaborating with composers like Rhys Chatham and Glenn Branca.

Eventually, however, she came to believe that she had accomplished all that she could with music and decided to chart a new path, entering the City University of New York School of Law and earning her degree in 1989.

Mr. Ebony, her former bandmate, said the move was not as improbable as it might have seemed. She had always been passionate about women’s rights, gay rights and racial equality, he said by email, and “thought that she could be more effective in bringing about change through the legal system — rather than from the compromised platform of the entertainment industry.”

“Susan was a crusader who was passionate about every case and every person,” said Kerry Bretz, a founding partner of the firm.

In 2002 Ms. Beschta joined the Department of Homeland Security as an assistant chief counsel in New York, focusing on immigration cases. She remained there for 16 years and was ultimately promoted to deputy chief counsel.

She also did volunteer work with groups like Act Up, the AIDS advocacy organization, and Codepink, a female-led grass-roots antiwar organization.

She died at the Dawn Greene Hospice in Manhattan.

Ms. Beschta had been appointed to the New York City Immigration Court, an arm of the Justice Department, when she received her cancer diagnosis in March 2018. After a brain tumor was removed that month, she recovered enough to complete her training as an immigration judge in Washington. She was sworn in in November.