Federal Energy Minister Angus Taylor says his plan to shake up the national energy market won’t subsidise coal power, despite caution from state governments and fears from some stakeholders it will deliver a win for fossil fuels at the expense of renewables.

Mr Taylor must secure agreement from state energy ministers to enact the reforms, recommended by the Commonwealth’s Energy Security Board, to incentivise private investment in what’s known as dispatchable power. 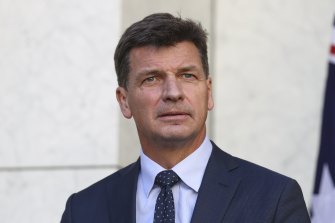 More dispatchable power is needed to support renewables when the wind isn’t blowing and the sun isn’t shining. It traditionally came from coal but is now available from new technology in fast-start gas plants, pumped hydro and batteries.

The reform centres on the creation of a capacity market that would require retailers, who sell electricity to households, to pay generators to invest in sufficient dispatchable power to fill gaps in supply.

Mr Taylor said that’s needed to boost security and reliability of energy supply, which would help keep prices down but he said the market mechanism would not favour fossil fuels.

“A capacity mechanism is not a payment for coal, it is technology neutral,” he said on Thursday. 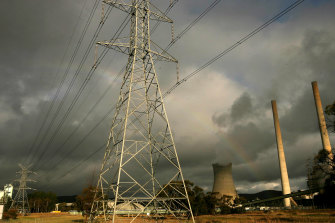 A proposed reform to the energy market has sparked controversy among stakeholders over its claimed potential to prop up fossil fuels. Credit:Steven Siewert

“We have not seen investment in the dispatchable capacity needed to support renewables and ensure a reliable and affordable grid,” he said earlier this week.

ESB chair Kerry Schott said new dispatchable capacity generated by the market mechanism could come from pumped hydro, batteries, gas or coal “with those most able to be fast and flexible most likely to be relied upon and most likely to receive revenue”.

Mr Taylor is aiming to present the plan to national cabinet in October, with more detailed design to follow in the coming year.

NSW, Victoria and other states and territories have committed to reach net zero emissions by 2050 and are investing taxpayer funds to support the rollout of more solar and wind farms.

While state energy ministers have agreed to the creation of a capacity market and are contributing to further design work, they are wary of controversy over fossil fuels.

A spokesperson for Victorian Energy, Environment and Climate Change Minister Lily D’Ambrosio said there was as yet “no agreement on a specific model, including whether coal should be eligible for payments”.

“In assessing any model, Victoria will be guided by the need for a well-managed transition that aligns with our strong emissions reduction targets, as outlined in our climate change strategy released earlier this year.”

NSW Energy and Environment Minister Matt Kean said there was a need to encourage dispatchable investment because “what we don’t have is a mechanism to ensure existing stuff keeps going as long as we need it” and added “we’ve got a lot of work to do” before the design is finalised.

Renewables investors and some market analysts claim a capacity market could be designed to focus payments only to coal and gas plants.

“The case for such a profound change has not been made,” said Clean Energy Council chief executive Kane Thornton, who warned a capacity market could distort the market and discourage investment in renewables.

“It could be a huge change to the [National Electricity Market], or a modest tweak. It could be palliative care for fading coal generators, or the foundation of investment in new clean dispatchable resources,” Mr Willox said.

Grattan Institute energy program director Tony Wood said a capacity market was the best mechanism to incentivise private investment in dispatchable power, but governments should leave the politics aside and refrain from making more public investments in energy projects.

“The really important thing, if the ministers support the ESB to do more work in designing a capacity mechanism, is for them to step back and let the market work,” he said.