Her worlds are colliding.

The “Real Housewives of New Jersey” star’s daughter Milania captured the group dinner at Graycliff Restaurant where everyone can be seen bonding over a tropical meal.

Joe Giudice reposted his daughter’s video to his own Instagram Story, and later shared a screenshot in which he called on the dinner a “great night out.”

Teresa told Andy Cohen last week on an episode of “Watch What Happens Live” that Ruelas was interested in meeting the father of her daughters.

“They’ve talked over the phone. Luis wanted to go to the Bahamas and meet him, which I thought was the most amazing thing ever,” Teresa shared.

“He said he just wanted to talk to him and let him know he’s not trying to take his place or anything.”

Teresa and Joe finalized their divorce in September after 21 years of marriage and share four daughters — Gia, 20, Gabriella, 17, Milania, 15, and Audriana, 12. Teresa revealed on “RHONJ” that her ex “walked away with nothing” in their divorce settlement.

Although they’re no longer together, it appears that Teresa, 48, and Joe, 48, are maintaining an amicable relationship. Following the group’s big dinner, the “Standing Strong” author posted a family photo to put up a united front against the tough “RHONJ” episode that aired Wednesday. 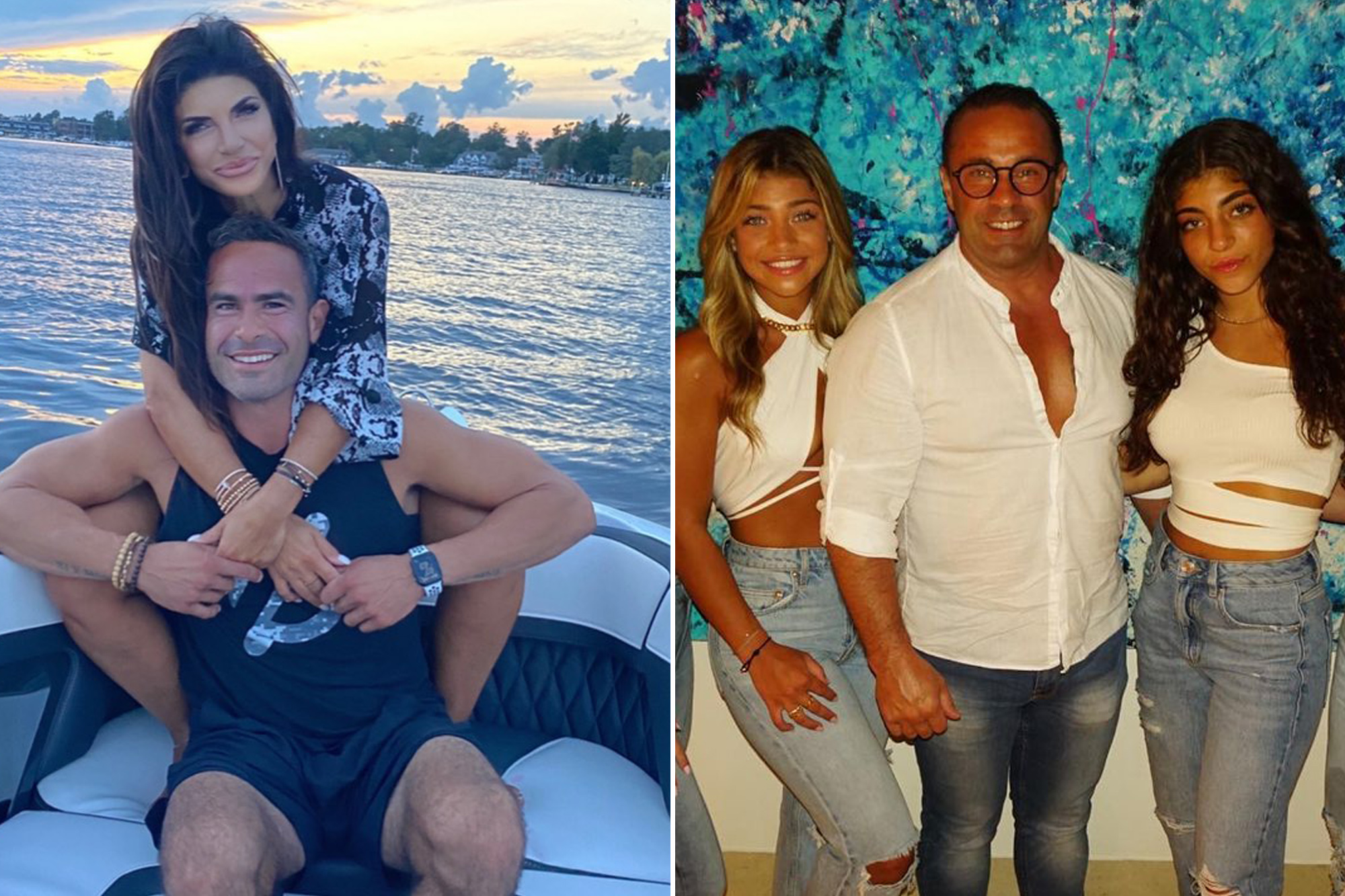 “Tonight’s episode is hard for my girls and I. Joe is the father to my children & even though we split I respect his relationship with my daughters so it’s hard for them to see my brother disparage him, for the sake of my daughters who have already been through so much loss,” she captioned the photo.

“My mother adored Joe & that’s what my girls saw & remember. I hope from this point we can all move forward on a more positive note for the sake of our family.”

Gia shared the photo on her Instagram Story and added, “We stick together no matter what.”