‘The Big Leap’ star Anna Grace Barlow spoke EXCLUSIVELY with HL about Brittany’s ‘obstacles’ ahead and how Brittany and her brother will grow as ‘individual people’ this season.

Get ready for a fun, feel-good time with FOX’s The Big Leap. The show follows a diverse group of people who are trying to change their lives by auditioning for a reality dance show. One of the characters auditioning is Brittany, along with her twin brother Simon.

HollywoodLife got some EXCLUSIVE scoop from Anna Grace Barlow about what to expect from Brittany, including the “Sharpay and Ryan energy” with Simon and her “unexpected obstacles.” She also revealed how the role brings her full circle to her dancing past. 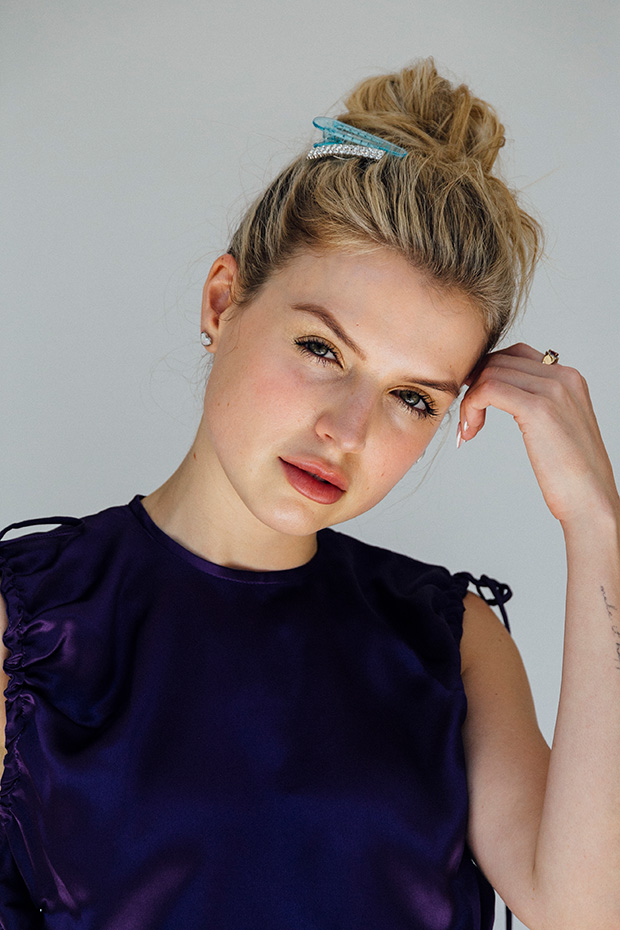 What was it about The Big Leap that really stood out to you, especially the show within a show aspect?
Anna Grace Barlow: Whenever I get things like emails and auditions and things like that, I really pay attention to the creators, and that’s really how I tell how a show is going to be tonally and sort of the direction I think it could go. When I saw Jason [Winer] and Liz [Heldens] on there I was like, if you put Modern Family and Friday Night Lights together tonally, it’s like our show. It’s just good freakin’ TV. So I think that’s what really stood out. It was those people I would kill to work with, and the character was so funny and misunderstood and sassy and pink and glittery and all things I’ve just really loved to play because they’re not really who I am as a person. It’s really fun to get to tap into that kind of character. The audition sides that I had were all confessional style like in Modern Family and how they look at the camera and that kind of thing. So that was really fun because it’s not something that I get to do so I got to stretch a little bit as an actor there doing a confessional style thing. It was just such a blast every step of the way. And then to be there and to work with Scott Foley and Teri Polo and Piper Perabo, it’s just insane. It’s been a dream come true top to bottom.

Tell me a little bit about Brittany and what fans can expect from her over the course of the season.
Anna Grace Barlow: So Brittany comes in with her twin brother. She’s very competitive. She wants in the show. She wants the famous boyfriend. She knows exactly what she has to do to be brought in center and that’s really all she wants. I think she will have some unexpected obstacles with that through Gabby, played by Simone Recasner, who’s freaking amazing. She’s definitely an adversary for Gabby, and she’s going to struggle with loss of control of the situation, and you’ll realize why she is the way she is. I’m excited to get to bring some humanity to a sparkly, glittery, b**chy character like this. They’re always my favorite to play, like quasi-villain with a twist and with a good backstory. I’ve had so much fun in getting to stretch myself, learning, dancing, things that I didn’t know. I think that she’s definitely a person that fans will love to hate. My goal is that she makes people laugh and entertain people and maybe it helps people realize that there’s way more than meets the eye and you never know what somebody’s dealing with.

What is her relationship like with her brother? Because I’m getting some Sharpay and Ryan vibes from them.
Anna Grace Barlow: They have big Sharpay-Ryan energy. What’s funny is my twin brother is played by Adam Kaplan, he’s an amazing Broadway boy, and our storylines kind of take us apart from each other in a way. I think we were raised as a unit, and the show The Big Leap gives us an opportunity to grow as individual people for the first time. I think that’s actually really fun to play with because we have these moments together that are very much ingrained in our relationship with our mother and how we were raised, and then when we’re apart we’re sort of finding ourselves as individuals for the first time. It’s so fun to work with him and to get to learn the rumba with him in the pilot was just a blast. He’s a great dancer and such a great team partner. I’m so excited for the world to fall in love with him too. 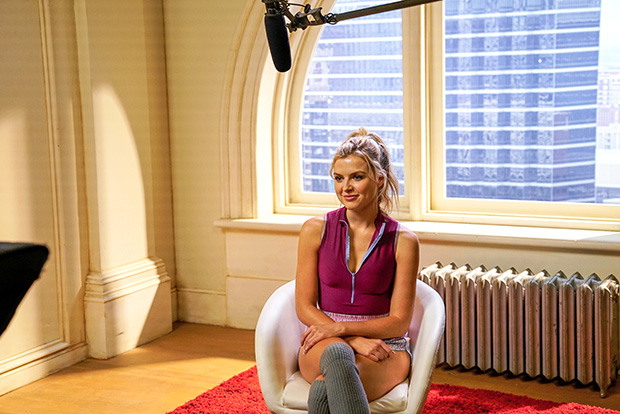 What was your dance experience like before The Big Leap?
Anna Grace Barlow: It’s funny because I grew up doing ballet class, jazz class, and all that. I have two little sisters and they both did competition dance like Dance Moms style. They were amazing. When I was in like eighth grade, I was doing some theater and thought I had the theater bug at that point. They were still doing competition dancing, and the theater director did some youth program and the director said that he wasn’t going to move me up to the more advanced group until I could dance better because I started out singing. So I went into dance class every day of the week for a whole year. At the end of the year at the recital, my little sisters had a ton of dances and I had a bunch of dances. We looked in the program and my friend was like, ‘Oh my gosh, here’s a picture of your sisters.’ My sisters had a picture together, and the caption was like, ‘We love our dancing girls. Love, Mom and Dad.’ I was not even invited to be in the picture, so it became a thing for years that I have not been considered a dancing girl. And then when I got this part, my mom was like, ‘You are officially a dancing girl.’ My relationship with dance has been that I always wanted to be better at it than I was. A few years ago I did a movie where I played kind of a quirky character and I danced badly on purpose and it made people laugh. It’s taken me a long time to reteach my brain to dance well because I am a good dancer and to not try to make a joke out of myself with it. So lots of rewiring going on, but I’m glad that Jason and Liz took my word for it. They just asked me if I dance and I was like, ‘I danced in heels. I watched a lot of Dancing with the Stars, so I’ll probably be good.’ They just kind of said okay. They didn’t make me prove it or anything, so I’m really lucky in that sense. But it’s more about the acting and more about the characters, but it’s been definitely a challenge. I feel like I’ve gotten so much better since we’ve been working on it.