The Durrells fans mourn the end of the ITV drama

‘They’ve broken my heart!’ The Durrells fans mourn the end of the ITV drama after a tear-jerking finale that saw Louisa and Spiros finally share a kiss on the sand before saying goodbye

Fans of The Durrells were left in tears last night as the popular family drama came to an end after four seasons.

The ITV show gave viewers a suitably poignant farewell, with Louisa Durrell (Keeley Hawes) and her children forced to abandon their rented villa in Corfu as the events of the Second World War loomed over the horizon of the Greek island.

But before the final goodbyes, Louisa shared a kiss on the sand with taxi driver Spiros – a heart-wrenching moment that left some viewers in tears.

One posted: ‘Can’t cope this morning. Catching up with last nights #TheDurrells and am in pieces.’ 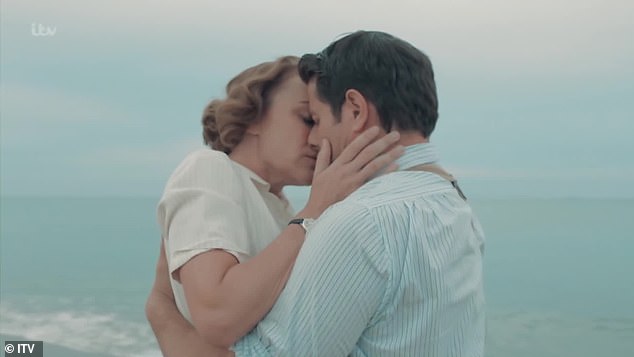 Before the final goodbyes, Louisa Durrell shared a kiss on the sand with taxi driver Spiros, pictured – a heart-warming moment that left some viewers in tears

Another added: ‘I woke up thinking, “why do I feel sad?” Then remembered Louisa and Spiros on the beach, which I then rewatched and cried again.’

A third wrote: ‘Thank You #TheDurrells for such a great show that became one of my favourites. I’ll be rewatching it for years and years. I’m really gonna miss the family.’

With storm clouds gathering in Europe, Louisa had to confront the danger facing her family when a telegram brought tragic news.

Her bumptious cousin Basil, the gauche and over-eager lover who decamped the island after a fling with Spiros’s wife, had died in Albania — shot for the crime of being English. 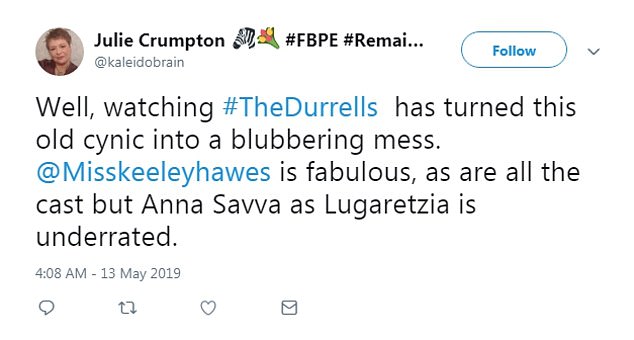 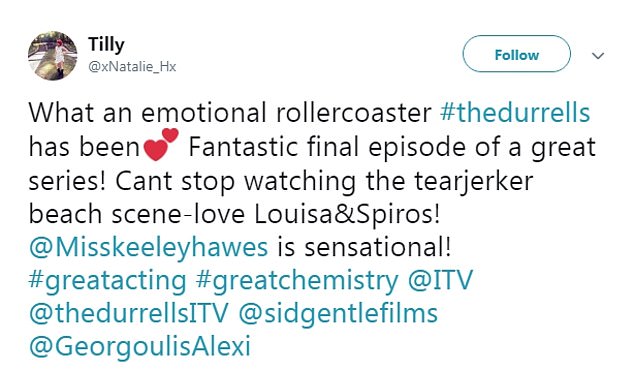 This was the spring of 1939 and not only were Mussolini’s troops a couple of miles across the water, on the Albanian mainland, but the Italian dictator was also becoming bellicose about Greece.

Louisa, who had fled debt and depression in rainy England, had to accept that her family was no longer safe in sunny Corfu.

That this should happen just when Spiros — who had loved Louisa ever since she had first set foot on his island — was free of his miserable marriage was a bitter irony. 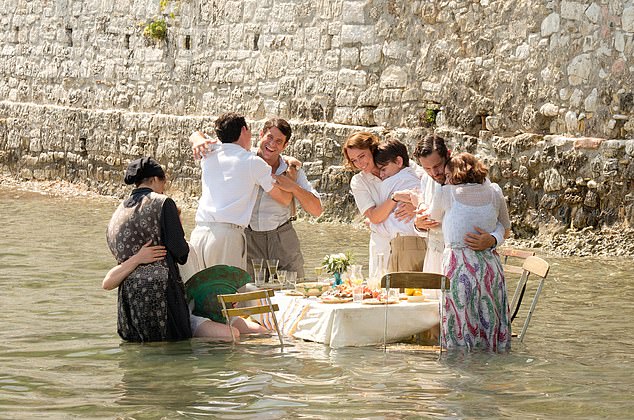 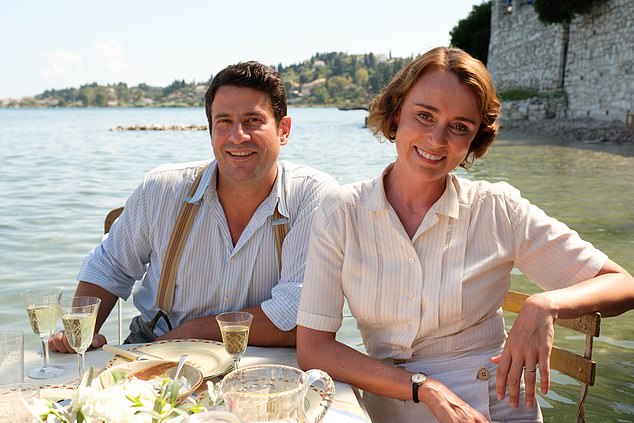 Louisa Durrell (played by Keeley Hawes, right, with Alexis Georgoulis as Spiro) and her children were forced to abandon their ramshackle rented villa above the Ionian Sea, and close her youngest son Gerry’s amateur zoo, before fleeing to Britain 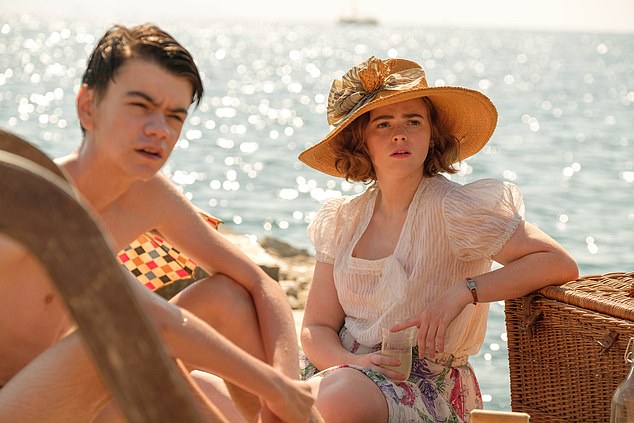 Louisa could not stay and face the invaders — and he could not abandon his country.

They ran to each other along the sea’s edge and wept into each other’s arms, before dissolving into a kiss that had millions of viewers sighing: ‘Thank goodness for that.’

The family then put on a play – Homer’s Odyssey in tribute to their Greek hosts and neighbours – before enjoying a final meal in the shallows. 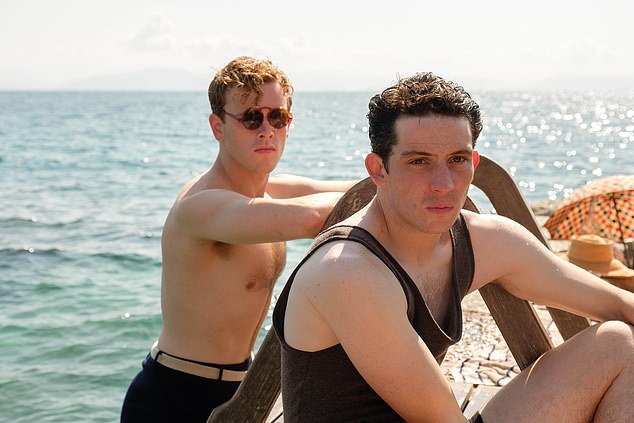 Callum Woodhouse as Leslie Durrell alongside Josn O’Connor as Larry, who became one of the most sexually explicit novelists of the 20th century