The history behind St. Patrick’s Day 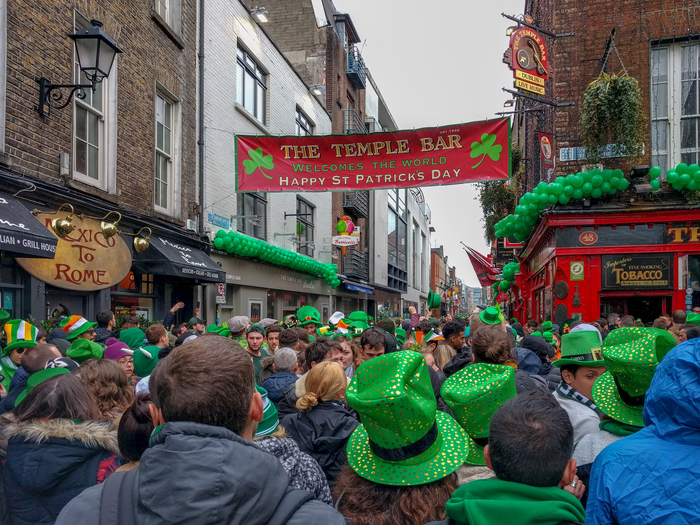 When you think of St. Patrick's Day, you probably think of a day-long party. 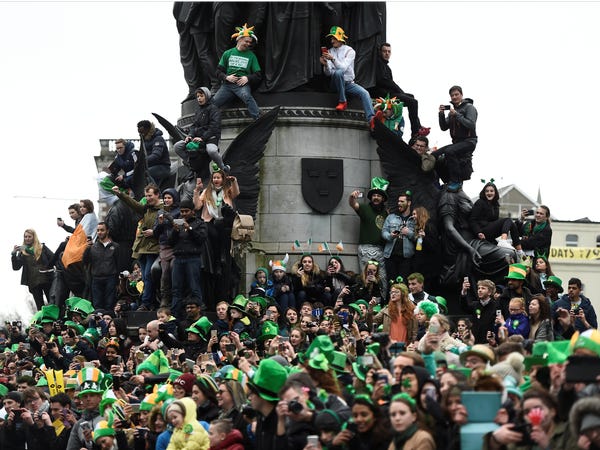 Particularly in the United States, March 17 is seen as an excuse to wear green and drink Irish beer.

The history of the day, however, dates back hundreds of years, and our modern iteration is vastly different from the St. Patrick’s Day celebrations of yore.

The holiday honors Saint Patrick, a patron saint and missionary. 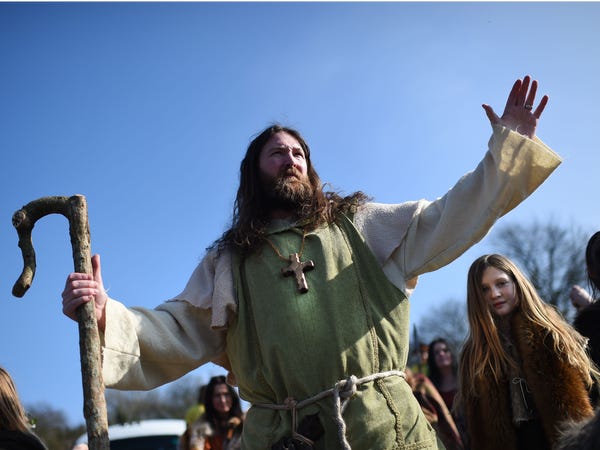 Saint Patrick is known for spreading Christianity throughout Ireland during the fifth century.

He lived a typical human life, but legends about the saint developed around the seventh century, three hundred years after he died.

One of the most famous legends about him involves a shamrock. The story goes that Saint Patrick used a shamrock to explain the concept of the Holy Trinity — Father, Son, and Holy Spirit — to a non-believer, according to Britannica.

In the 17th century, the church held an official feast day in honor of the saint. 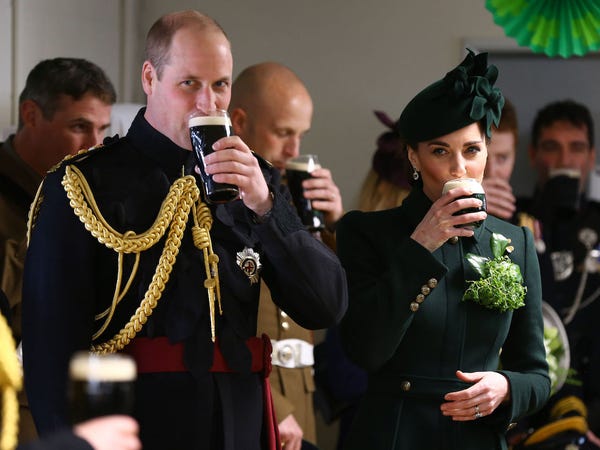 The feast was held on March 17, which is believed to be St. Patrick’s death date, according to History.com.

In addition, the celebration was more more religious than uproarious, with the law requiring Irish pubs to be closed. 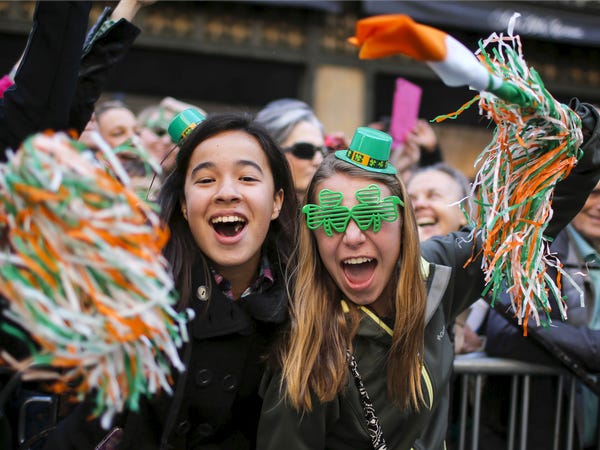 Because St. Patrick’s Day occurs during Lent, the celebration was viewed as a break from the sobriety required during the weeks between Ash Wednesday and Easter, according to Time. 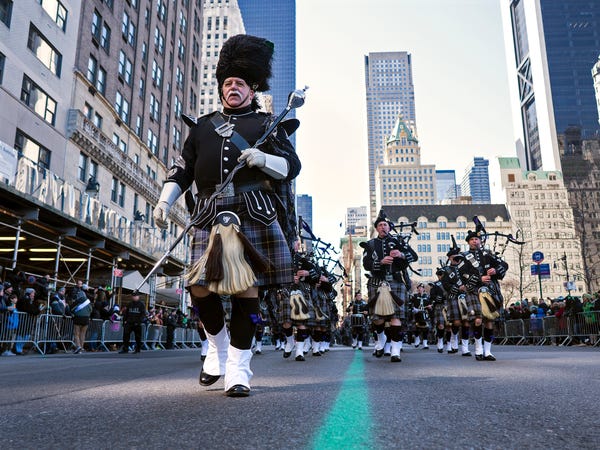 While New York City’s parade is the largest today, the first St. Patrick’s Day parade was held in 1601 in a Spanish colony that would today be Florida.

In 1762, Irish military members serving in the British army marched down the streets of New York. The parade made them feel connected to their Irish roots despite being far from home, and soon it became a tradition.

St. Patrick's Day celebrations got bigger in the United States as the Irish immigrant population grew. 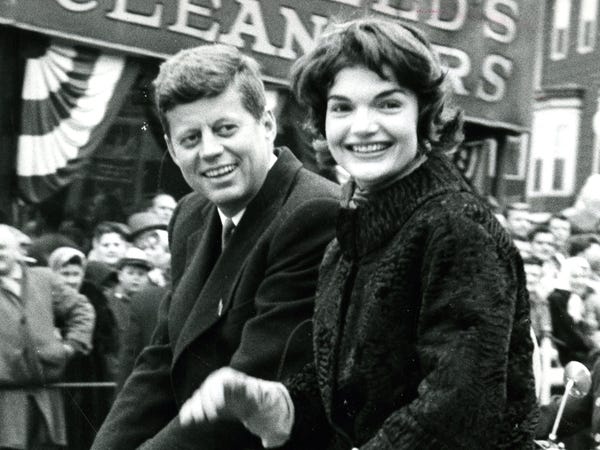 When the Irish potato famine hit in 1845, mass amounts of people began migrating to the United States from Ireland.

Many of the Irish struggled to find work upon their arrival and were treated as outsiders, and the media often depicted them as drunk and violent during this period. St. Patrick’s Day felt like an opportunity to reclaim their heritage, as History pointed out. 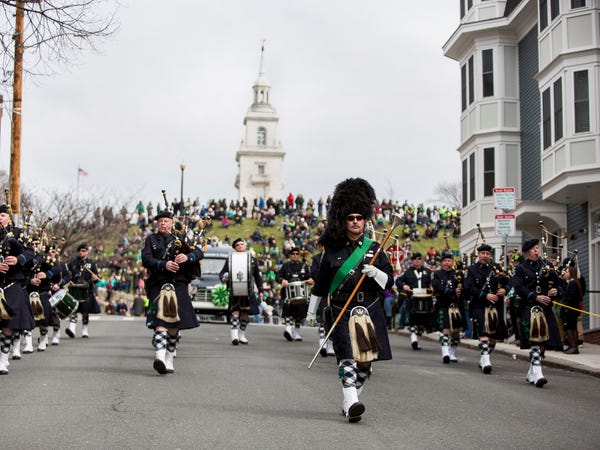 Irish Americans became an important voting block in the US, making public sentiment toward them more positive, according to History.

Chicago first dyed its river green for the holiday in 1962. 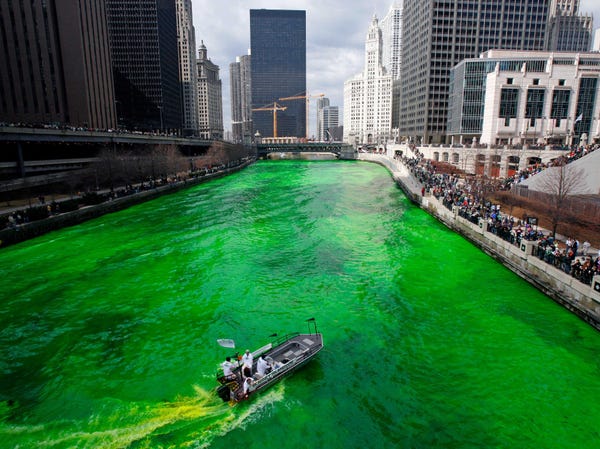 Chicago is known around the world for the tradition, as CNN noted.

According to Time, the color green wasn’t officially associated with the holiday until 1798, the year of the Irish Rebellion. Before then, the color blue was often tied to St. Patrick’s Day because it was featured in the royal court and on ancient Irish flags.

Irish soldiers chose to wear green in contrast to the red British uniforms, making it the color of Ireland and St. Patrick’s Day.

The United States made March the official Irish American Heritage month in 1991. 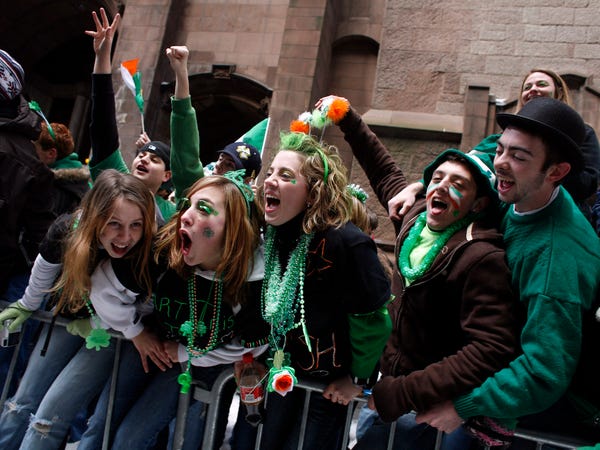 March was picked as to coincide with St. Patrick’s Day.

The official marking only made the celebrations of the holiday more exciting in the US. 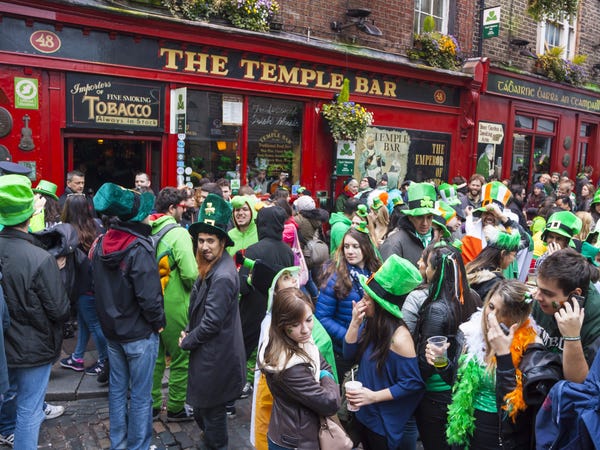 Pubs in Ireland still had to be closed on the holiday up until the 1970s, according to History.

But Ireland embraced the celebratory side of St. Patrick’s Day in the ’90s to bring tourist revenue to the country.

St. Patrick's Day is now celebrated around the world. 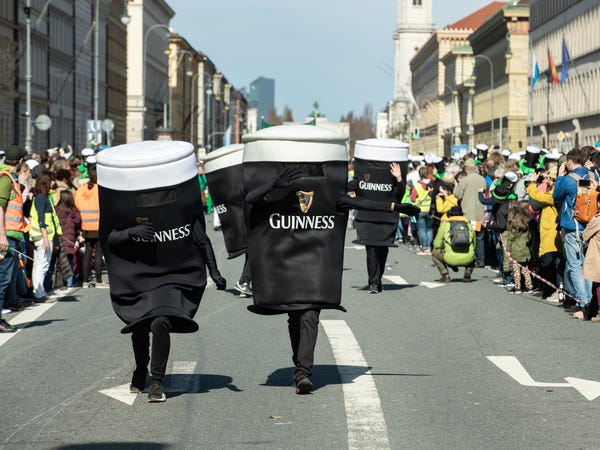 You’ll find people wearing green all over the world on March 17.

People are honoring the holiday with virtual or socially distant celebrations this year. 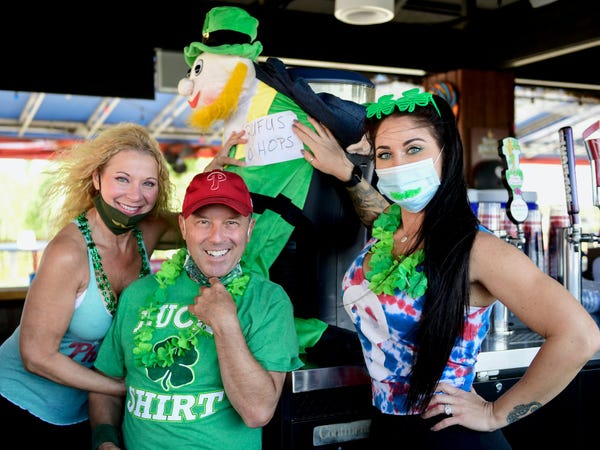 The large gatherings that usually take place on St. Patrick’s Day can’t happen this year, but people are still finding ways to celebrate.

New York livestreamed its smaller parade, and Tourism Ireland is airing a 90-minute special in honor of the holiday full of history, singing, and dancing.

Likewise, people are celebrating safely and outdoors together, with some going to baseball games in their best green ensembles.