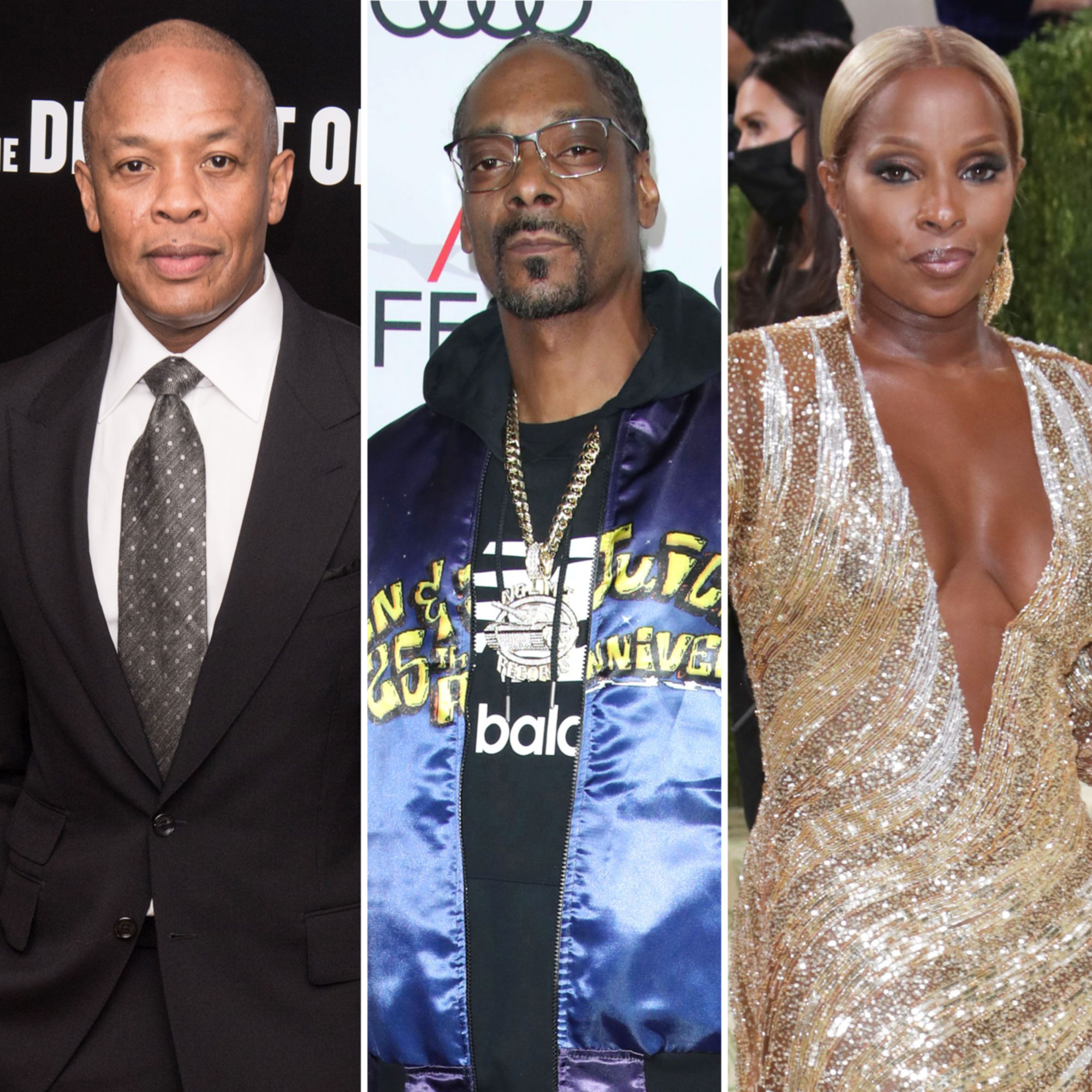 Turn up the speakers! The NFL announced its plans to bring together five chart-topping musical artists to headline the Pepsi Super Bowl LVI halftime show.

The sports organization announced on Thursday, September 30, that Dr. Dre, Snoop Dogg, Eminem, Mary J. Blige and Kendrick Lamar will team up to headline an epic concert during the championship game.

Next year’s Super Bowl will take place in Los Angeles, marking the first time this century that the championship game has been held in the city.

“The opportunity to perform at the Super Bowl halftime show, and to do it in my own backyard, will be one of the biggest thrills of my career,” Dre, 56, said in a statement. “I’m grateful to JAY-Z, Roc Nation, the NFL and Pepsi as well as Snoop Dogg, Eminem, Mary J. Blige and Kendrick Lamar for joining me in what will be an unforgettable cultural moment.”

For the third year in a row, the halftime performance is a collaboration between Pepsi, the NFL and Jay-Z‘s Roc Nation company.

“On February 13, 2022, at the Super Bowl LVI in Inglewood, California, in the new SoFi Stadium, Dr. Dre, a musical visionary from Compton, Snoop Dogg, an icon from Long Beach and Kendrick Lamar, a young musical pioneer in his own right, also from Compton, will take center field for a performance of a lifetime,” Jay-Z, 51, said in a statement on Thursday. “They will be joined by the lyrical genius, Eminem, and the timeless Queen, Mary J. Blige. This is the Pepsi Super Bowl Halftime Show. This is history in the making.”

Super Bowl LV, which took place in February at the Raymond James Stadium in Tampa, Florida, featured just one artist during the halftime concert: The Weeknd.

Stars at the Super Bowl Throughout the Years

“We all grow up watching the world’s biggest acts playing the Super Bowl and one can only dream of being in that position,” the 31-year-old “Blinding Lights” singer, whose real name is Abel Tesfaye, said in a statement ahead of his performance earlier this year. “I’m humbled, honored and ecstatic to be the center of that infamous stage.”

The “I Feel It Coming” performer put on a spectacular show that had plenty of fans and stars talking, even using $7 million of his own money to “make this halftime show be what he envisioned,” as he told Billboard one month before the live concert.

“Thank you @theweeknd for giving us a halftime performance that the world needed,” Nick Carter wrote via Instagram during the televised show. “LOVED IT!!”

Super Bowl LVI airs live on NBC, Telemundo and Peacock from the SoFi Stadium in Los Angeles in February 2022.