Over the past few weeks famous actors have been tripping over themselves to praise one particular performance. While that’s not unusual during the Oscars voting period, what is unusual is who they were lining up to support.

It wasn’t Cate Blanchett for Tar, Michelle Yeoh for Everything Everywhere All At Once, Michelle Williams for The Fabelmans or Ana de Armas for Blonde – four of the five nominees for best actress at the 95th Academy Awards. 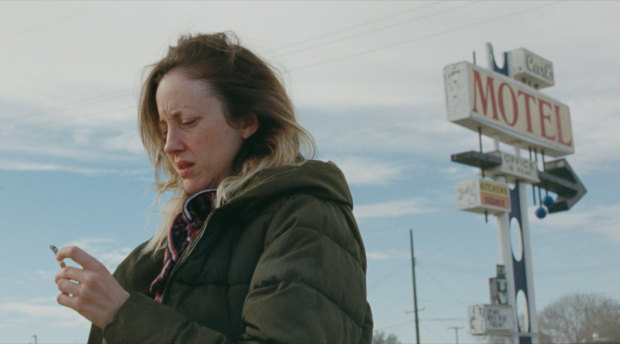 Up for best actress at the Oscars … Andrea Riseborough in To Leslie.Credit:Momentum Pictures

It was not-nearly-so-well-known English actress Andrea Riseborough, who plays a West Texas mother seeking redemption after squandering a lottery win in the small-scale independent drama To Leslie.

The film’s cinema release was so low-key late last year that its box office in both the US and UK was reportedly just over $US27,000 ($38,000). Not per session. In total.

But when the Oscars best actress nominees were announced in an early morning ceremony in Los Angeles on Wednesday (AEDT), there were reportedly gasps as well as applause when Riseborough was included.

The popular tip was that Blanchett, Yeoh and Williams would be joined by Viola Davis, who was the regal leader of a female army in The Woman King, and Danielle Deadwyler, who played a mother who fights for justice after the 1955 murder of a black teenager by racists in Till.

“I’m astounded,” Riseborough told Deadline Hollywood afterwards. “I’m not entirely sure how the f— this happened.”

While campaigns for the Oscars are nothing new, and are often backed by big Hollywood studios, Riseborough’s surprise nomination was supported by a campaign of a different kind: a seemingly grassroots, online movement. The wave of endorsements from famous actors and actresses included an Instagram post by Gwyneth Paltrow (8.2 million followers) who called the film a “masterpiece” and said Riseborough deserves “to win every award there is and all the ones that haven’t been invented yet”.

Edward Norton posted online that he was knocked sideways by “about the most fully committed, emotionally deep, physically harrowing performance I’ve seen in a while”. In her acceptance speech at the Critics’ Choice Awards, Cate Blanchett cited Riseborough’s performance.

Aniston, Norton, Charlize Theron, Courteney Cox and Demi Moore were among those who hosted screenings of the film. Kate Winslet, who hosted a virtual Q&A with Riseborough, called it “the greatest female performance on screen I have ever seen in my life”.

In an era when film distributors pay awards strategists to lobby for Oscar nominations, this was a grassroots campaign that paid off.

It meant a sudden rise to prominence for an English actress, aged 41, who played Margaret Thatcher in The Long Walk to Finchley, Wallis Simpson in Madonna’s W.E. and the Soviet dictator’s daughter in The Death of Stalin. She was in the films Never Let Me Go, Oblivion, Birdman, Amsterdam and Matilda the Musical and has had a long and successful career on TV and stage. 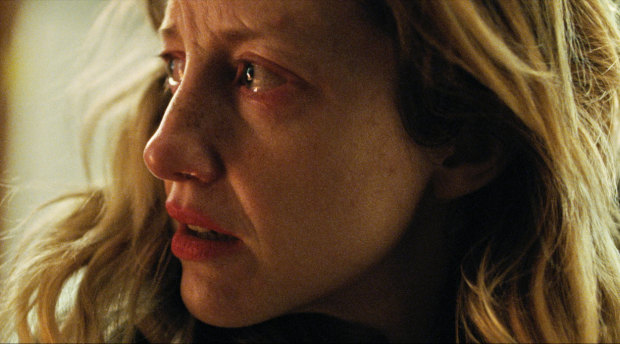 Andrea Riseborough in To Leslie.Credit:Momentum Pictures

While there was plenty of support for the nomination online, it was also criticised on racial grounds given that a white actress seemed to have tipped out one of two black actresses, Davis or Deadwyler.

Riseborough’s nomination proves that, if a performance is strong enough, influential friends can rally enough Oscar voters to make a difference. According to Variety, the campaign began in October when broadcaster Howard Stern, a friend of To Leslie director Michael Morris (Better Call Saul, 13 Reasons Why), watched the film and began touting it on his radio show.

After Riseborough was nominated for an Independent Spirit Award for the performance, Morris’ wife, The West Wing actress Mary McCormack, built a campaign with help from publicity firms Shelter PR and Narrative PR.

“That included sending an email to friends asking them to publicly support the movie and Riseborough’s performance, even including images and suggested hashtags and accounts to tag in social media posts,” Variety’s Marc Malkin wrote. 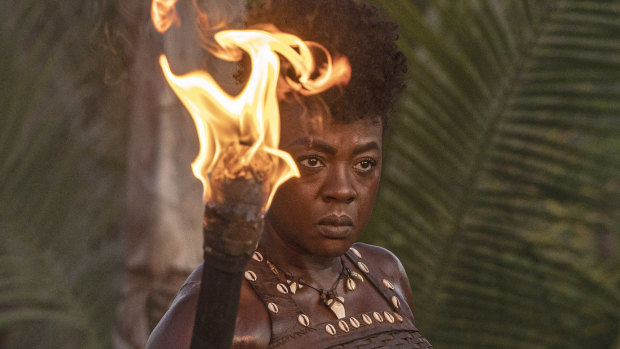 “I have felt so supported,” she said. “There’s nothing more rewarding than being recognised by your community and inside of your industry.”

The chance to see how memorable that performance really is comes when To Leslie opens in Australian cinemas on March 9 – just before the Oscars on March 13 (AEDT).