The status symbols that make you look VERY tacky

Are YOUR status symbols tacky or tasteful? Etiquette expert reveals why flower walls and cockapoos are vulgar – while the elite favour earth-coloured Land Rovers, working dogs and Goyard bags

If your Instagram feed is a litany of fast cars, designer handbags, and dinner at the latest restaurants on everyone’s lips, then you might well feel like you’ve made it into elite circles.

But now an etiquette expert has revealed which status symbols are making you look tacky, and the marks of sophistication that prove you’re truly upper class.

Etiquette expert William Hanson spoke to FEMAIL about common social media faux pas, slamming the trend for celebrities and influencers posing in private jets, on fast cars, and alongside A-list chef Salt Bae – who is currently charging as much as £1,450 for one steak at his new Knightsbridge restaurant.

Forget cuddling up to your cockapoo on a private jet, a countryside snap with a Labrador is much more classy, while any attire or accessory with ‘brand logos larger than a thumbnail are vulgar’.

Elsewhere he says the upper class believe in practicality and would only drive ‘earth-coloured’ Land Rovers in the countryside, while heels should be a modest height, and crockery should be inherited, second-hand and even mismatched. 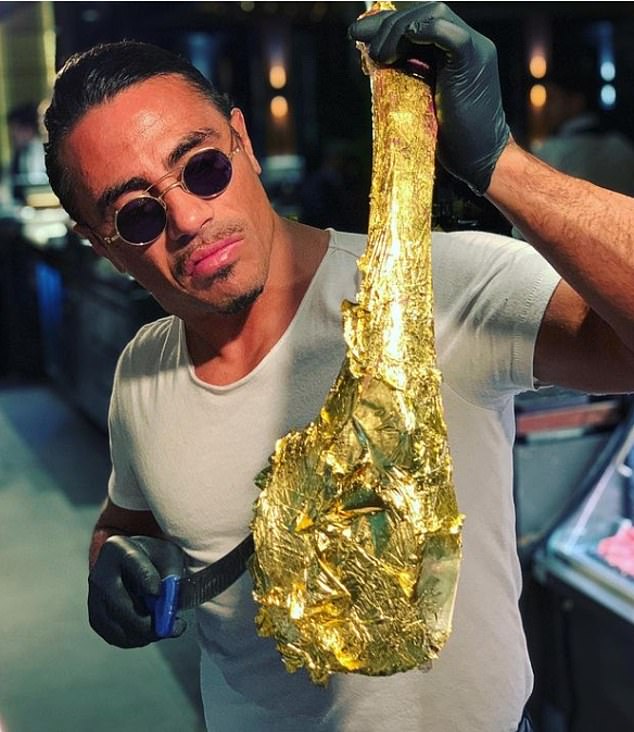 William Hanson spoke to FEMAIL about common social media faux pas, slamming those posing alongside A-list chef Saltbae (seen) – whose restaurants charge as much as £1,450 for one steak 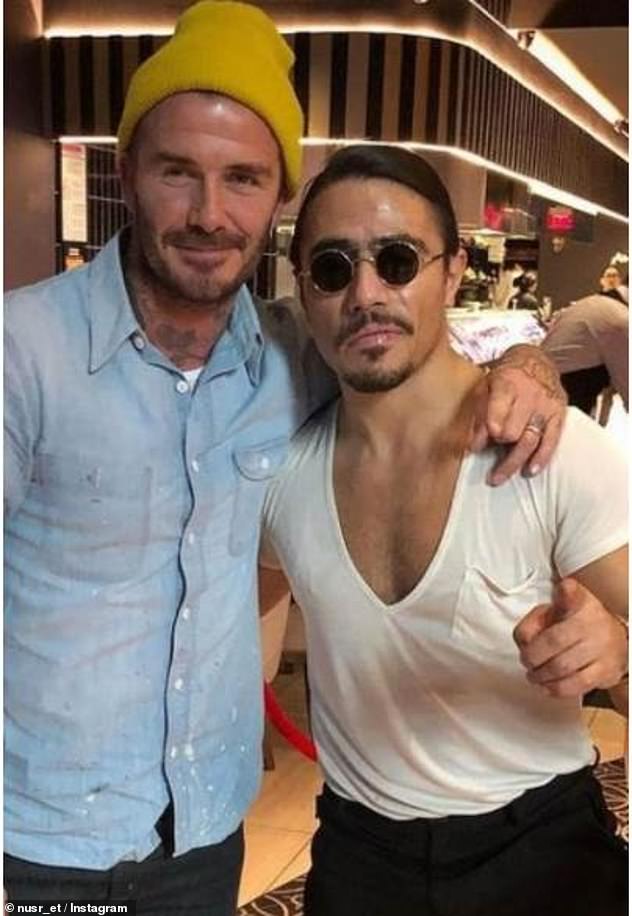 The upscale eatery chain is owned by Turkish butcher-turned-chef Nusret Gokce, whose theatrical salt-sprinkling antics have earned him a celebrity following  including David Beckham

He serves up steaks covered in edible 24-carat gold leaf and charges £100 for a burger, not to mention £9 for a humble glass of Coca Cola.

With such extortionate prices, celebrity chef Salt Bae has ensured that only those with deep pockets are making reservations at his new Knightsbridge steak house Nusr-Et – where one diner recently racked up a £37,000 bill, including £5,000 service charge.

As well as the dining experience, celebrities have flocked to Turkish-born butcher-turned-chef Nusret Gokce’s restaurants around the world in the hope of getting a snap with the boss, who won viral fame for his salt-sprinkling antics.

However, William said that while a selfie with Salt Bae might win you social media likes, it certainly does nothing for your real-life status.

Commenting on Salt Bae’s eye-wateringly expensive menu, he said: ‘You can be forgiven if it’s worth the money but if it’s purely style over substance it’s just flashy.

‘It’s the magpie effect and all that glitters isn’t gold – it just comes across as  vulgar and ignorant’.

Posing in a private jet 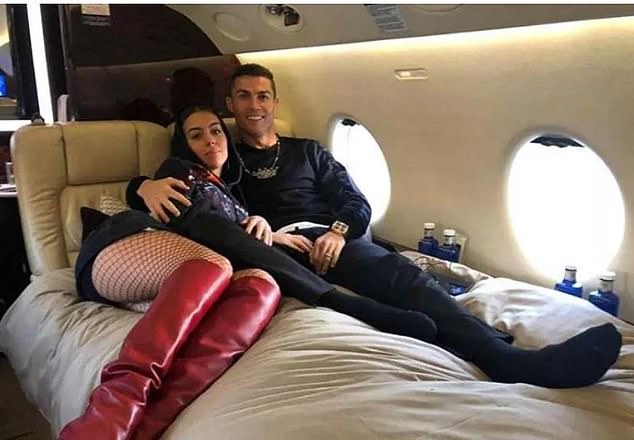 While everyone from Kylie Jenner to Ronaldo (pictured) has posed in a private jet, William slammed the practice

Elsewhere, no one does flashy private jet pictures better than the Kardashian-Jenner clan, who descend on their family planes in matching designer tracksuits and monogrammed luggage – making every trip a private party.

And those who manage to make it into first class or a private jet could be forgiven for wanting to document their excitement, however William says that is just not done.

According to the etiquette expert, sharing an inside peek as you sip champagne in your reclined seat proves it’s a rare treat for you – and that you are not of the ‘upper classes’.

He said: ‘Those who really fly privately on a regular basis wouldn’t post it. If you share it then it’s clearly a novelty and you’re not doing it often’.

So strap in, avoid selfies at all costs and look determinedly nonchalant as you throw on the complimentary in-flight pyjamas – if that’s allowed.

Sitting on a supercar 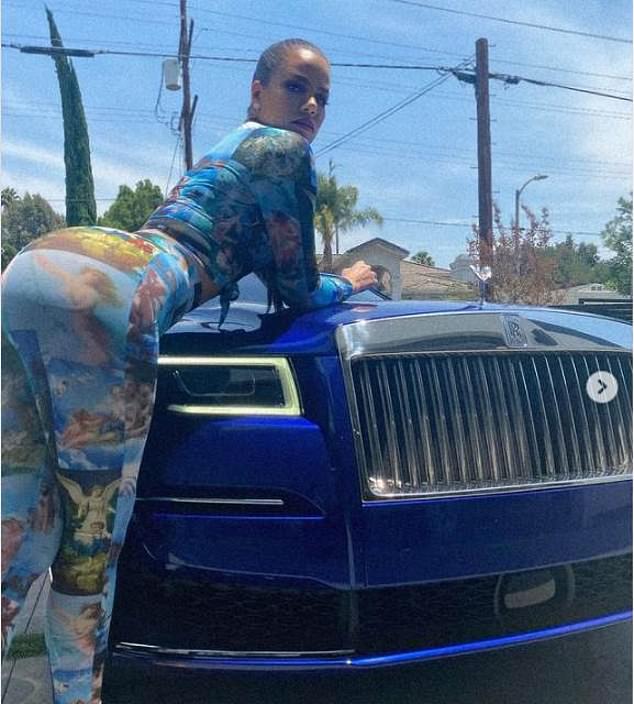 According to William posing on a supercar is one of the most cringeworthy practices. Seen: Khloe Kardashian

Walk through Knightsbridge and the streets are peppered with influencers posing next to gold-wrapped Lamborghinis and crystal-embellished Bentleys.

It’s a shot favoured by many reality stars, and goes back as far as Kim Kardashian posing in pink tracksuit on top of her white Land  Rover in 2007.

But according to William this is one of the most cringeworthy practices. Questioning those posing on top of  cars, he said: ‘Do you have the keys for the car, is it even yours?’.

And moving onto those who do own them, he continued: ‘And if it is, then showing off deliberately is always tacky and new rich – the aristocracy are much more practical, especially the older generations.’

Explaining his  reasons, William continued: ‘Fast cars are also completely pointless in London as you can’t go faster than 30mph.

‘The elite would have a run-around like VW Polo in the city, and a Land Rover in the countryside.’ 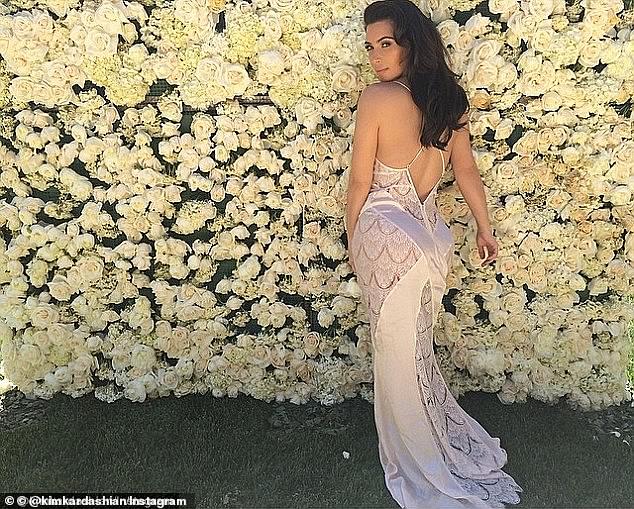 Kim Kardashian sparked the flower wall trend after Kanye gifted her this array of blooms in 2014, but according to William the trend is as over as the couple’s marriage

Flower arches and walls have never been bigger than in the past five years – in fact, who wants a cup of coffee if it isn’t full of pink foam and framed by an instagrammable floral display?

In recent years, rapper Travis Scott has filled his reality star girlfriend Kylie Jenner’s house with over $50,000 worth of flowers, creating a carpet of roses in her mansion.

However William believes over-the-top flower displays like this are garish and tacky, especially the bright artificial variant.

He said: ‘I detest the fake electric blue and neon pink flower walls. Just like the garden of an aristocrat, flowers should be real, and muted.’

William explained: ‘Bright colours are garish. Aristocrat’s gardens are muted, only suburuban lawns are riot of colours like busy Lizzies.’ 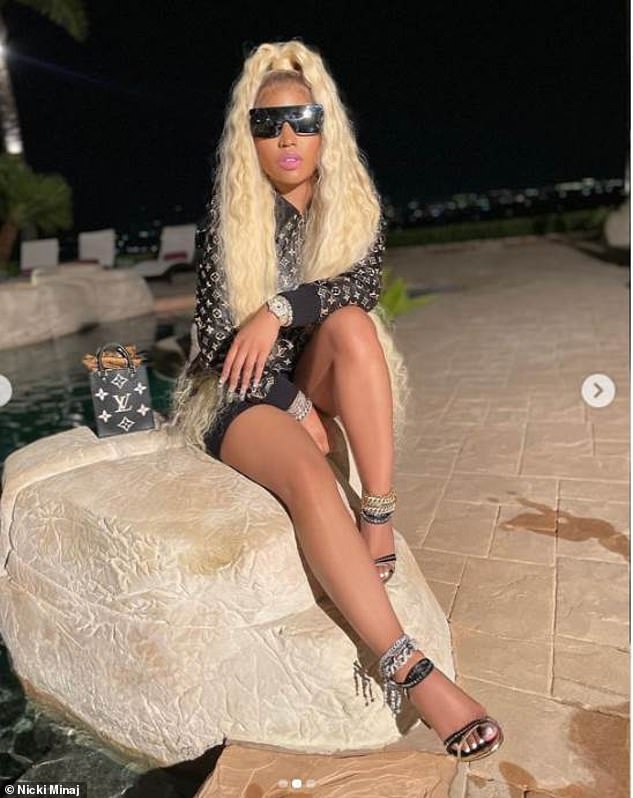 Danniella Westbrook stepping out in head-to-toe Burberry in 2002 – with even her pram a display of checked coordination – may have signalled the end of obvious logos.

Yet brightly patterned Louis Vuitton ensembles and matching Gucci loungewear has made a comeback in recent years – much to William’s horror.

‘There’s nothing worse than people who look like a walking advertisement for whichever  brand they’re wearing’, William told FEMAIL.

‘Brand logos that are bigger than a thumbnail are vulgar’. 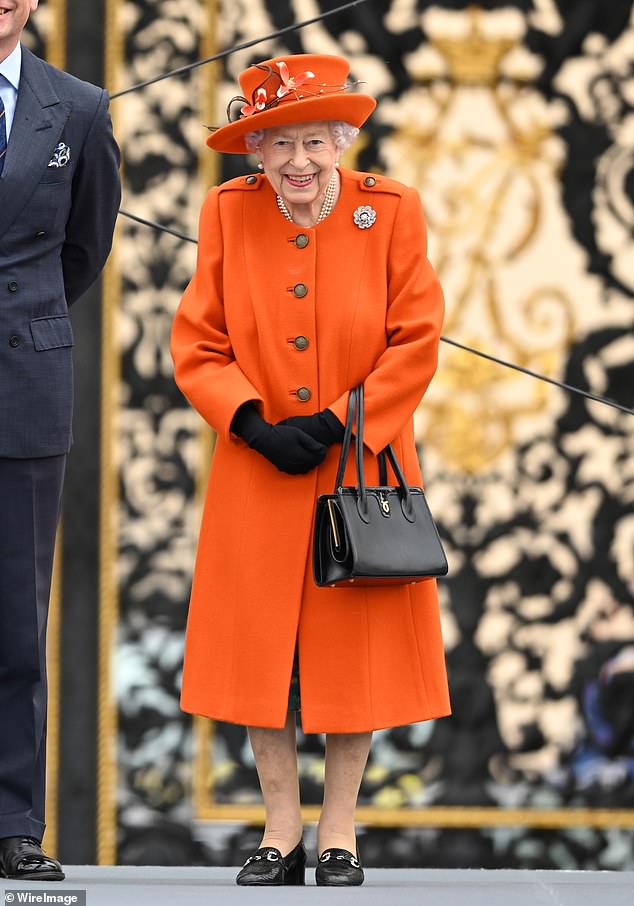 Subtle designer bags are better, William says: Size does not matter – in fact the smaller, the better. You wouldn’t see the Queen dragging around a football pitch-sized bag.’ 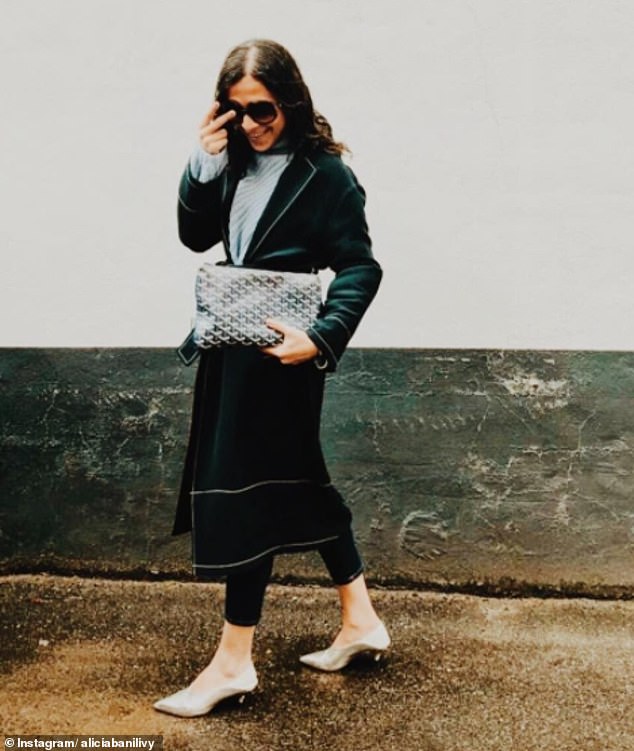 Moving onto how the elite operate, William revealed subtle, practical and muted are the three keywords to joining the upper tiers.

Navigating the complicated world of designer bags, William argues that the £10,000 Hermes Birkin is still acceptable – as long as it’s not too large and flashy.

The Hermes Kelly bag is favourable, because it’s not as common- and even better is the Goyard bag. A brand favoured by the elite, which has a small and subtle logo.

William said: ‘The Hermes Birkin is still acceptable as long as the hardware is not too ostentatious. The hardware should be brass or muted silver.

‘Size does not matter – in fact the smaller, the better. You wouldn’t see the Queen dragging around a football pitch-sized bag.’ 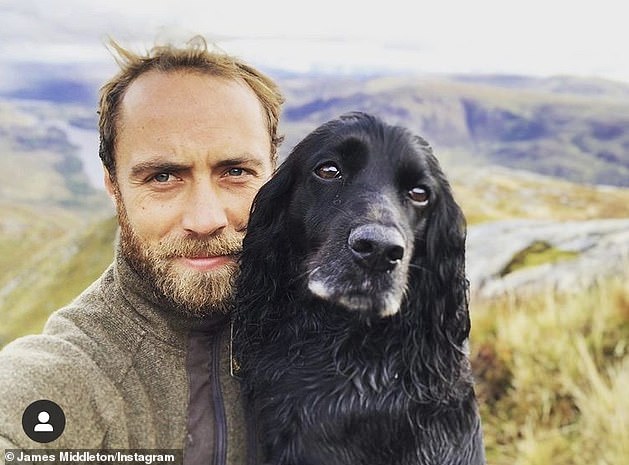 And those thinking about getting a French bulldog or Dachshund may have to think again.

Gone are the days where an adorable Dalmatian or bushy Bichon Frise is the perfect accessory for the IT girl. Companion dogs are out.

Instead, following the ‘practical’ rules, only ‘working dogs’ – those bred to excel in specialist, non-herding jobs  – are allowed. 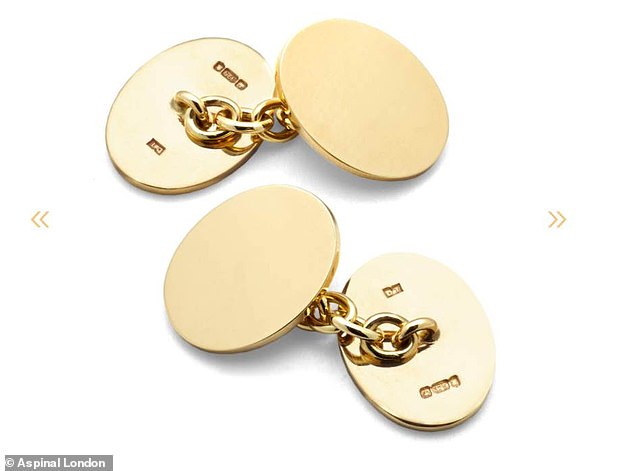 According to William, a cufflink should be one of the ‘chain’ variation as traditionally worn by the English

Meanwhile, not even the average cufflink is safe. According to William, a cufflink should be one of the ‘chain’ variation as traditionally worn by the English.

Anything which is ‘too easy’  and in the shape of a ‘T’ is strictly out of bounds, as a true English gentleman would ‘only wear a cufflink with a chain’

He added: ‘The T-bar ones are American and common, an English gentleman will go for more sophisticated, fiddly chain cufflinks’. 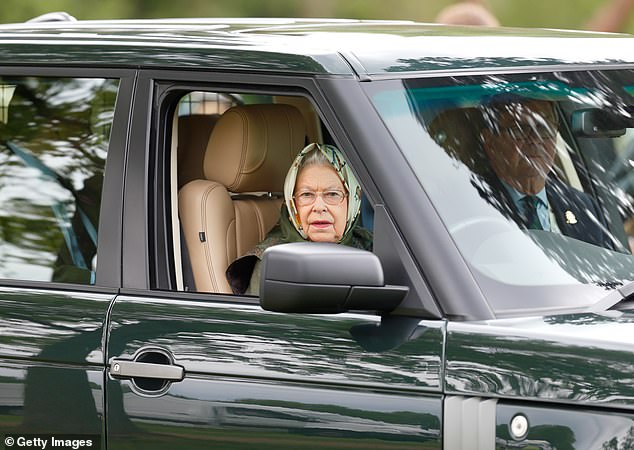 William revealed that the elite only drive large cars in the country, where practical. Pictured: The Queen in her Land Rover

You would be forgiven for opting for a cosy 4×4 to ferry your precious little ones to school.

But William also revealed that the elite only drive large cars in the country, where practical  – never in the city.

Making an exception for Chelsea, where being a 4×4 mum is de ‘rigueur’, he explained: ‘Aristocrats will only drive Land Rovers in the countryside, and they are always earth coloured – green or brown to blend in.’

He added in horror:  ‘They should never be hot pink. In the city they would have a classless car -perhaps a VW Polo like Diana did, or a Golf. The younger generations would think of the environment too and perhaps have a fully electric Kia.’ 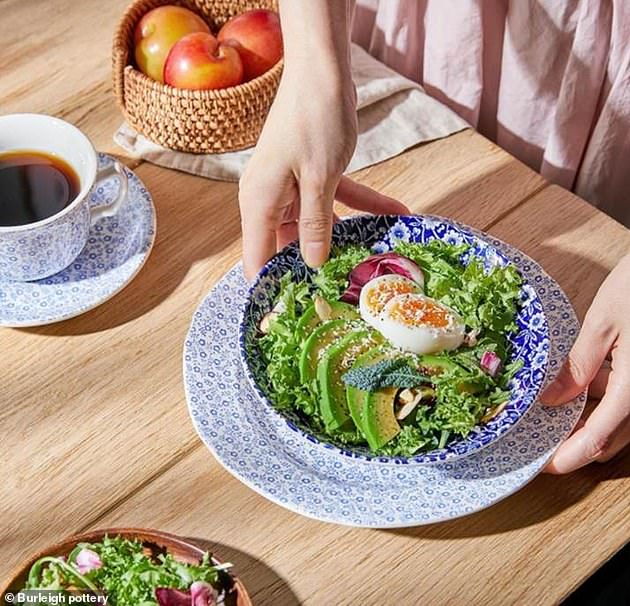 And cast your OCD to the side when it comes to matching crockery and cutlery sets.

If you may imagine your perfect Halloween tablescape to include an autumnal theme of matching tabelware, you’d be very much mistaken.

‘Crockery and cutlery should be inherited or bought  from second-hand shops,’ William told FEMAIL.

‘It doesn’t have to match – and it’s even better if you’ve nipped to your neighbour’s estate and borrowed some  for your dinner party. If you have to buy it, go somewhere traditional like Arthur Price of England’. 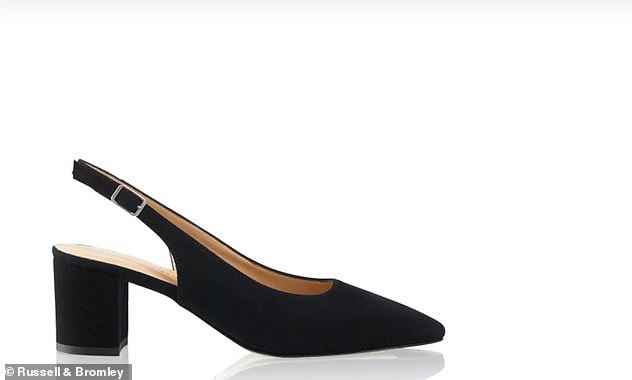 The lower the heel, the better the shoe: ‘The aristocracy prefer a sensible shoe, think Russell and Bromley not Louboutin’

And you may not be able to scroll through Instagram without a red-bottomed heel pointing in your direction.

But forget tottering to dinner in sky-high heels – especially Louboutins.

Heels should be practical and if possible a chunky heel -depending on the context and occasion.

The etiquette expert revealed: ‘Heels should be mid-height and not too thin.

‘The aristocracy prefer a sensible shoe, think Russell and Bromley not Louboutin’.

William Hanson’s Keeping up Appearances: The Luxury Podcast series 2 is out every Wednesday.