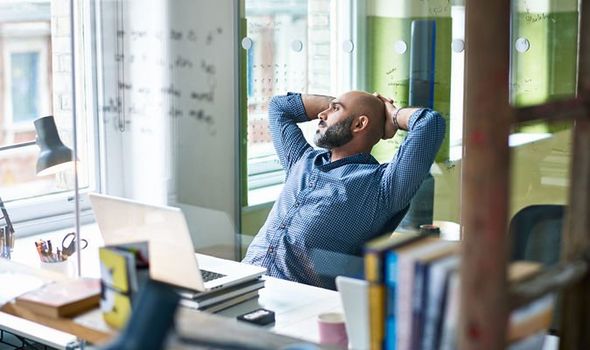 Over the last 12 months, 64 percent of the employees polled were based at home, resulting in 61 percent of them working outside their normal hours. And 40 percent had to juggle caring for a child or family member at the same time. Overall, job satisfaction has decreased 35 percent in the past year, but 24 percent said their relationships with co-workers had improved.

In the year ahead, 17 percent admitted they will need help in adjusting to returning to the office, while 25 percent want more assistance in managing their mental wellbeing.

Alisdair Seenan, the HR director at employee benefits specialist Edenred, which commissioned the study, said: “For many, the last twelve months have been hard, both personally and professionally.

“There have been a lot more challenges which have impacted people’s work-life balance and how they feel about their job as a result.

“There is an important challenge for employers in the year ahead supporting their workforce after long periods of working from home, addressing health and wellbeing, particularly during the first few months of the year.

“But this is also an opportunity for employers to excel and stand out and drive levels of engagement and performance as a result.”

The study also found employees typically worked an additional seven hours a week this year – four of those paid and three unpaid.

But 25 percent are worried about keeping their job while 27 percent aren’t happy with their work-life balance.

Another 16 percent have concerns about their wages.

Despite the fears, 63 percent felt they have received as much support as can be expected from their employer given the tough circumstances.

This has led to 30 percent now being more likely to stay working for the company, while a quarter are happier to go the extra mile.

But less than one in 10 felt aided when it came to financial safety.

More than a third of those polled via OnePoll on behalf of Edenred have felt very supported by their colleagues and 31 percent by their manager – although only 16 percent said the same about the HR policies.

Edenred’s Alisdair Seenan added: “Mental wellbeing is a key topic for people this year, due to the big changes in routine and daily working life.

“It’s important for employers to know where staff need more support in order to retain employees.”