Everyone knows keeping a toddler still can be next to impossible – so how do you stop them from moving during an X-ray?

It turns out that doctors can use a strange looking contraption called a Pigg-O-Stat to keep control of wriggly little ones.

And a viral tweet of adorable youngsters being squished into the clear tube, which appears to be attached to a table has left Twitter users unable to ‘stop laughing’, after it was shared on Twitter by a user from Canada.

Three pictures show adorable youngsters inside the Pigg-O-Stat, which has been produced for the medical field since the 1960s, and originates in the US.

The ‘pediatric immobilizer’ is not routinely used by the NHS any longer. 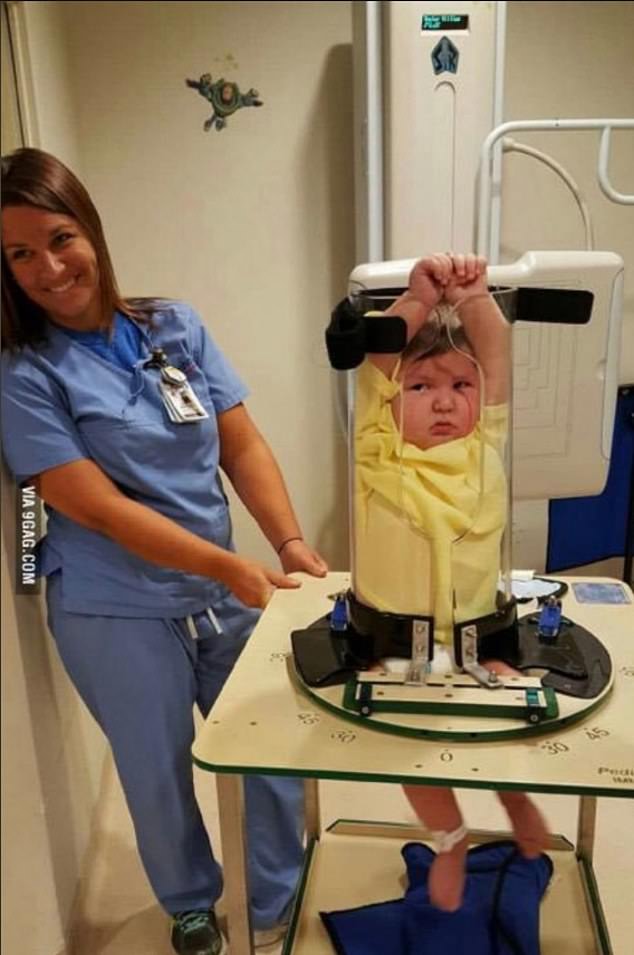 Pictures of young children inside a device to keep them still while they’re having an X-ray have left many adults laughing. Pictured is a child who doesn’t look too pleased with his situation 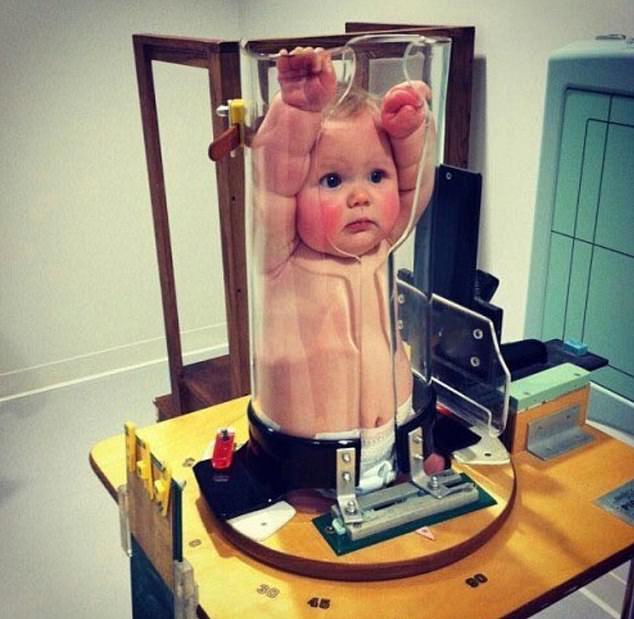 This little baby looks confused about what’s happening while she’s inside a Pigg-O-Matt. The decide has been a product since the 1960s but is not routinely used by the NHS

The babies, whose names and locations are not known, look confused at what’s happening to them and stare into the distance.

One slightly older looking child, who is wearing a yellow top, looks disgusted at the situation he has found himself in and looks to the side as his arms are kept in the air.

Despite his apparent displeasure, the nurse next to him is smiling and seems to be joking with whoever is behind the camera. 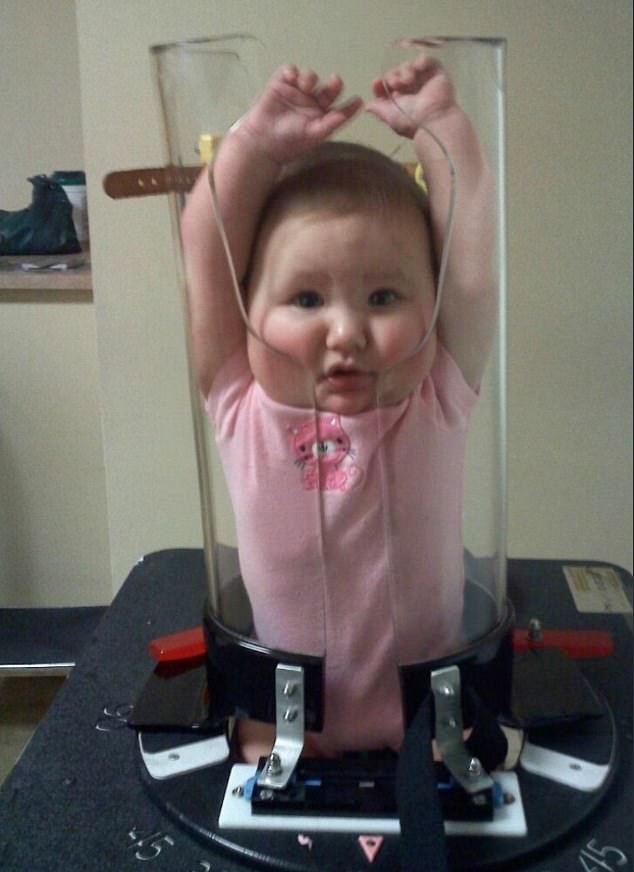 Thousands of people have commented on the Tweet with one saying that the name of the US patented product was funny in itself.

They wrote: ‘A piggo-stat? Whoever made and named it that was giggling for the next ten years of their lives’

Others said it made them ‘laugh’ but they also felt sorry for the babies in the pictures and someone else compared the device was also compared to a ‘blender.’

Some parents even shared their own experiences of when their children had to use on of the contraptions. 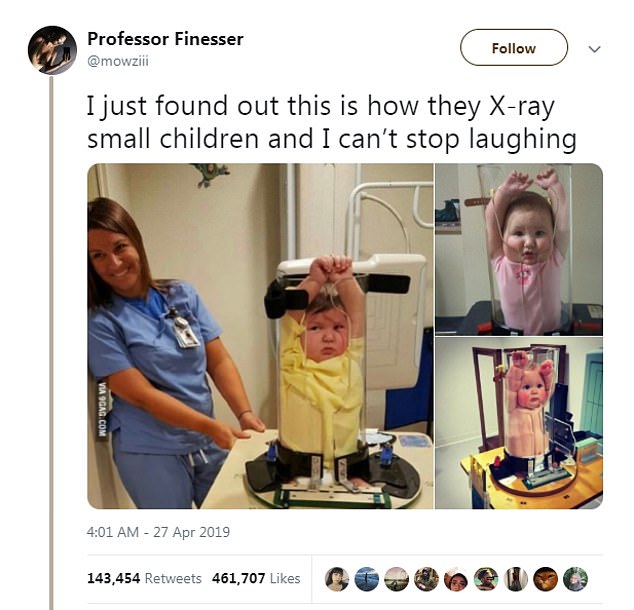 This person thought the Pigg-O-Matt, which has been in use since the 1960s, was ‘kinda scary’

One person wrote: ‘My first kid had one of these. They didn’t warn me. I bawled my eyes out when they put him in it because he was so scared.

‘The pics are hella funny, but man being there in person is torture. U feel helpless…& the kid looks at you like they’re gonna mollywhop you after they get out!’

However one father hit back at those saying it wasn’t funny, and said: ‘Everyone criticizing people for laughing needs to relax.

One parent shared said their child had to be put in one of the devices and that it was a stressful experience for them, although they did admit the pictures were funny

The Pigg-O-Stat’s makers explain how it’s meant to prevent children from moving and becoming exposed to radiation while being scanned.

Their website explains that because it does not rely on automated machinery, X-ray technicians and pediatricians have full control over the setup.’

When using the device children should only be wearing their nappy and someone has to hold their arms up while they’re placed on the seat at the right level.

By confining the child, or immobilizing them, the makers explain it keeps the procedure short and makes sure the youngster is safe throughout.

Most commonly in the UK, very young babies who have to have X-rays are put in padded cribs so that they cannot hurt themselves and to keep them still.