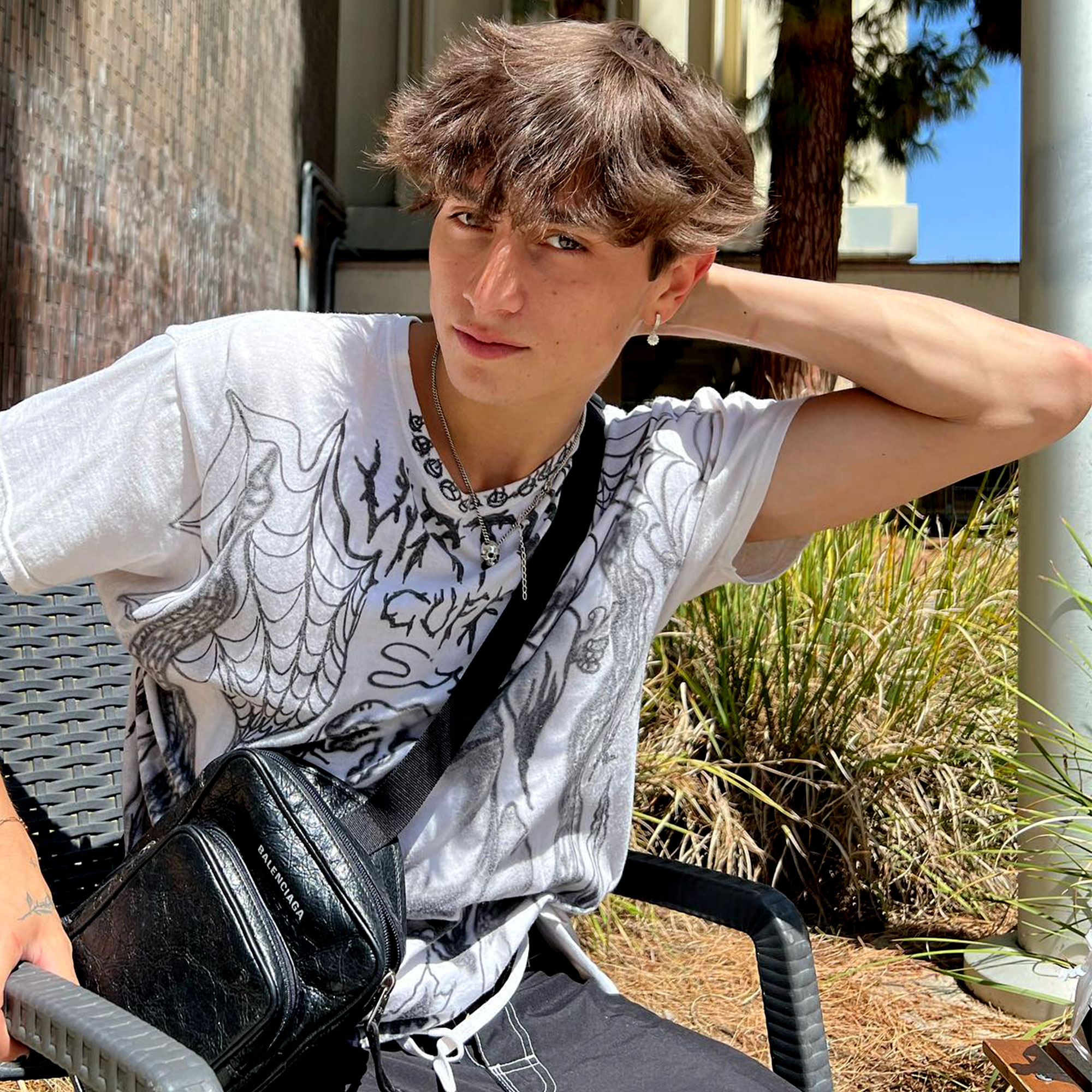 Gone too young. TikTok star Cooper Noriega has died, Us Weekly confirms. He was 19.

The social media star was found dead in a parking lot on Thursday, June 9, according to records obtained by Us from the Los Angeles County Medical Examiner-Coroner. A cause of death has not been released and the case is currently awaiting further investigation.

Fans first began speculating about Noriega’s well-being on social media on Friday, June 10, when the Barstool Sports “BFFs Podcast” shared a post about the “devastating news” on Twitter. “RIP Cooper Noriega,” they wrote. “Life is fragile. Enjoy every minute.” Noriega appeared as a guest on the podcast just one week before his death.

The model was previously open with his fans about his struggles with mental illness and substance use. On Sunday, June 5, he announced that he had started a Discord server where he and his followers could be open about their respective battles and share their stories. “If you’re really into getting your emotions out, or whatever, come join,” he said in a video posted to his TikTok account. “I created [the server] because of how much I love you guys and how much I struggle with it myself.”

He continued: “I want you guys to not be alone and [to] feel safe.”

In an Instagram post shared later that day, Noriega opened up about his own experiences, telling his fans, “I’ve been struggling with addiction since I was 9 years old, you may think that’s crazy but that’s the life I’ve been dealt.”

“I would like to use the influence I’ve been given to create a space built on spreading awareness and normalizing talking about mental illness,” he continued, adding that he wanted to one day “open a rehab” where patients “aren’t traumatized” after their time at the center.

Noriega concluded his Discord post: “One of the many things I’ve learned while struggling with addiction was that surrounding yourself with negative people will only bring you down. For that reason, Discord is meant to bring us all together and create a safe space where people can vent and help others through their tough times.”

Sobriety Surprises: Lena Dunham, Jason Biggs and Other Stars Who Revealed They Got Sober

In addition to sharing their shock and grief, many of Noriega’s fans also noted that he had posted an eerie TikTok video on Thursday, in which he wondered, “Who else b thinking they got die young af?” while laying in bed. The teenager captioned the clip with the second half of his question, asking if it was just him that felt such a way.

If you or anyone you know is facing substance abuse issues, call the Substance Abuse and Mental Health Services Administration’s National Helpline at 1-800-662-4357 for free and confidential information 24/7.