Dave Portnoy’s sex-tape partner Sydney Raines: ‘I have no regrets’

Too XXX-rated to handle?

Harry Jowsey is pondering the release of a sex tape he filmed not too long ago with an as-yet-unnamed influencer.

“I’m not too sure when that’s coming out but I’m just trying to figure out with my publicist and the rest of my team if it’s actually a good idea,” the “Too Hot to Handle” alum and OnlyFans star told Page Six in an exclusive interview.

“At some point in my career, something is going to get leaked and I may as well do it before anyone else,” the 24-year-old said of the project, adding that he and his mystery partner filmed their sexscapade with the “intent” for it to be consumed by the public.

Jowsey said that he put on quite the show for what he calls a “pretty intense” spectacle.

“I was literally holding her up with her legs around my head,” he said with a laugh, teasing what to expect. “I was just doing s–t that I probably normally wouldn’t do on an average Tuesday morning.” 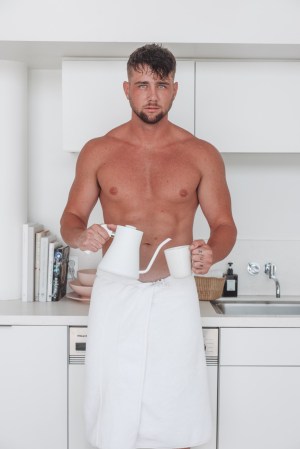 The Aussie hunk — who previously appeared on New Zealand’s dating reality series “Heartbreak Island” in 2018, two years before finding fame in the US — was one of the first mainstream reality TV personalities to launch a page on OnlyFans, a social media platform notorious for the racy content its creators cash in on.

It’s there that he will most likely debut his sex tape — which can be divided into multiple parts — in tandem with his co-star. “I think she’s got it ready to roll,” he said. “There’s, like, three of them I think.”

Jowsey told us that he isn’t nervous for people to watch him do the deed — not even his parents, who he noted, have “actually seen me have sex on two shows now.” 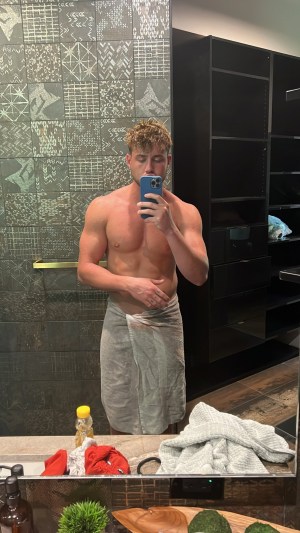 “My mom and my dad, we’ve got a very open relationship. I’ll tell [my mom] that I’ve hooked up with this girl or [had this] experience. Same with my dad,” he explained.

“Our family doesn’t have any secrets. So, I think I’ve been very blessed with a family that’s open-minded and accepting in any way, shape or form.”

Though the host of Spotify’s “Tap In” podcast still hasn’t told his folks about the sex tape, he doesn’t think they’ll be surprised once it hits the web.

“I just don’t think they’re going to care too much when I buy them a house,” he said, acknowledging how lucrative OnlyFans can be. “The biggest thing for me is just doing it and then asking for forgiveness later.” 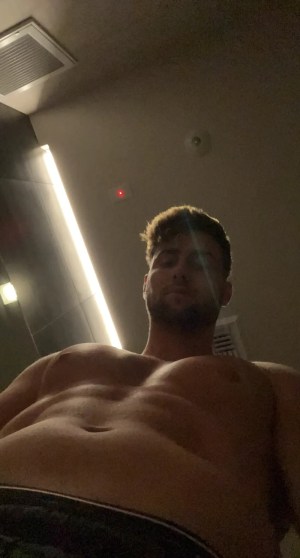 Jowsey, who is currently exploring a romance with fellow OnlyFans creator Sveta Bilyalova, admitted that he was once “skeptical” of the platform.

However, he soon realized that it was a bankable way for him to share the kind of “raunchy” photos and videos he had been posting — and getting in trouble for — on Instagram.

“I was always posting stuff like that on Instagram, regardless, and then I had a few Stories taken down … So, I was like, ‘Why don’t I just stop being a p—y, make the jump, make the transition to OnlyFans and be a little bit more curated?’” said the Los Angeles resident, who joined OnlyFans in February.