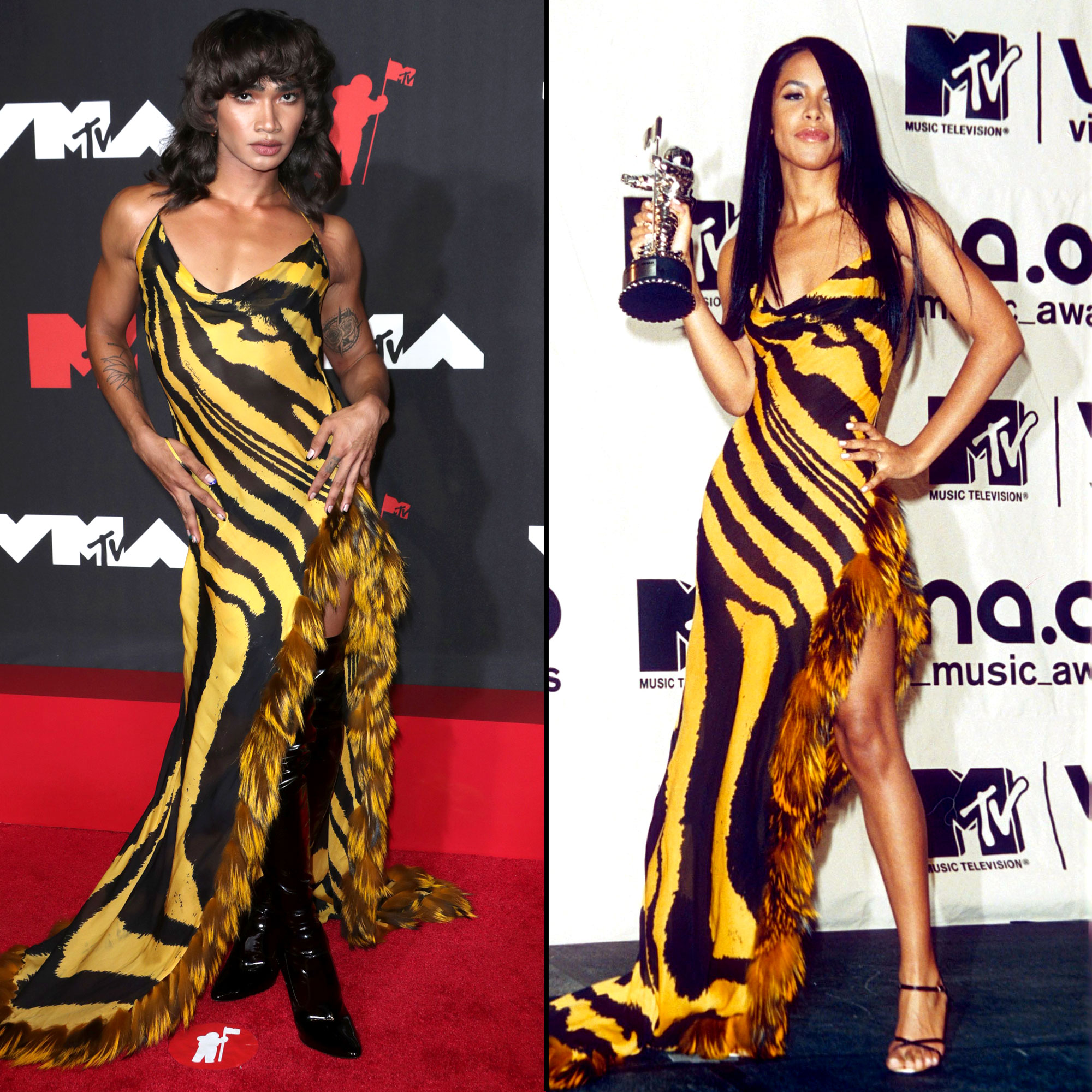 A touching tribute! Bretman Rock looked just as fierce as he did fabulous at the 2021 MTV Video Music Awards on Sunday, September 12, and it has a little something to do with his love for Aaliyah.

The 23-year-old influencer gave a special nod to the late singer, who passed away in 2001 in a plane crash, by working with designer Roberto Cavalli to recreate the look she wore to her last VMAs, where she won female music video of the year.

“No one will ever rock it like Aaliyah🐯Thank you so much @roberto_cavalli for letting me wear this special piece … I never thought I would ever be able to wear this, let alone be in the VMAs,” the Filipino influencer wrote via Instagram. “When they said I could wear it I literally cried of disbelief … I love Aaliyah and am so honored to have been able to wear this 21 years after her. We love you.”

There’s no question that this tribute was iconic as could be, but Rock definitely put his own spin on the look. Instead of pairing the yellow and black zebra-print gown with black stilettos like Aaliyah did in the early aughts, he rocked it with thigh-high leather boots to add some edge.

Still, fans couldn’t get over the unbelievable fashion inspiration, taking to the comments section to share their love.

Nikita Dragun wrote, “Icon 👏 living👏 ,” while Winnie Harlow dropped a string of heart eye emojis. “Iconic!!!! Aaliyah would be proud #babygirl,” a fan said. Another added: “You are a moment!”

As for how this magnificent moment came to be? In an interview with Variety, the beauty guru revealed that he worked closely with the designer to “borrow” the dress from an archive. 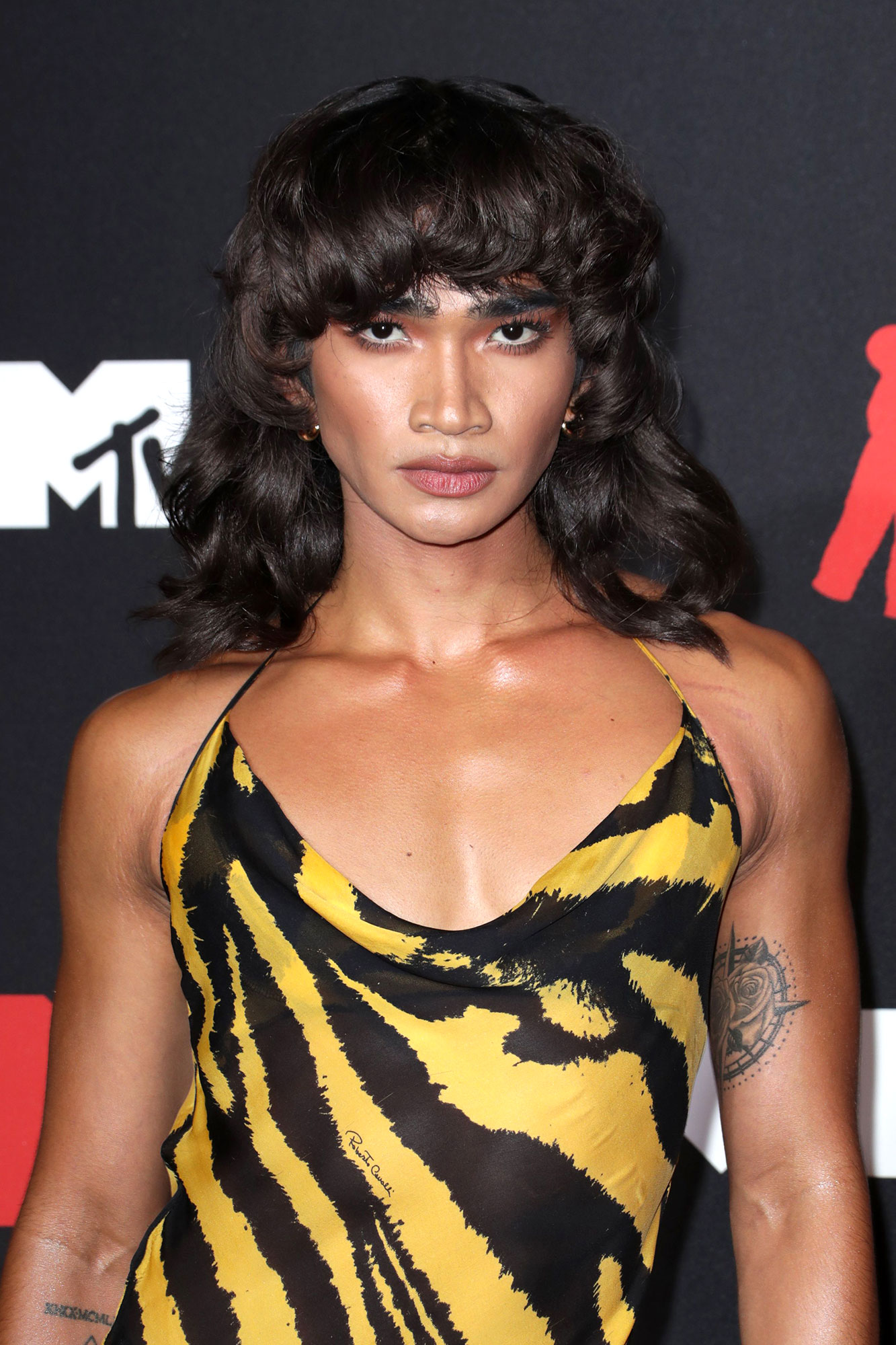 “I like to pretend that it still smells like Aaliyah,” he said. “I just hope that Aaliyah is looking down on this little brown Fillipino boy giving her dress justice 21 years later.”

Glam Time! See the Stars Getting Ready for the VMAs

Rock wasn’t the only star to pay tribute to an icon on the red carpet at the 38th annual awards show. Madison Beer gave a sweet shoutout to Beyoncé.

The 22-year-old Know Beauty founder, who worked with Pat McGrath Labs for her glam, stepped on the scene at Barclays Center in Brooklyn, New York, wearing the same Dolce and Gabbana pink dress that Queen B debuted on The Late Show With David Letterman in 2003.