Tragedy, love and art: A legendary Melbourne story finally arrives on the stage

This wrap of shows around Melbourne includes the premiere of a play that looks at a notorious chapter in local artistic history and a gig that fans have waited eight years for.

Myth clings to the lives of great artists and those who inspired them. Anthony Weigh’s Sunday brings fresh eyes to one the most storied circles in Australian art history – the bohemian commune at what is now the Heide Museum of Modern Art in Melbourne – reimagining it through a stimulating examination, with a hint of tragedy to it, of how art can break the shackles of convention, even if those who make it can’t escape the nightmare of history entirely. 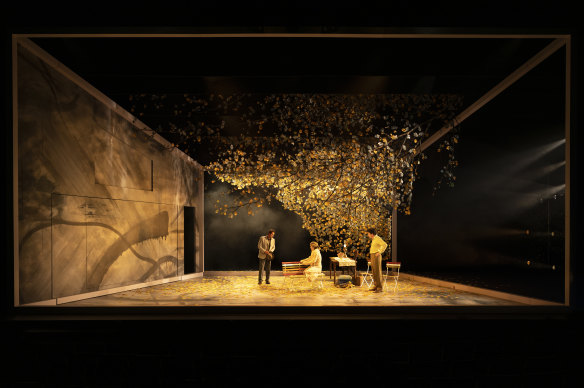 Sunday brings fresh eyes to the story of the bohemian commune at what is now the Heide Museum of Modern Art.Credit:Pia Johnson

Arts patrons John and Sunday Reed, the founders of Heide, were famously unconventional. From the 1930s on, the dairy farm they purchased at Bulleen became a mecca for artists such as Sidney Nolan, Joy Hester and Albert Tucker. Creatives were drawn by the intellectual and artistic ferment and the freedom Heide allowed them to explore, in a utopian spirit, a lifestyle that embraced radical left-wing politics and polyamory (the latter has become so fashionable these days the young seem to imagine they invented it).

Sunday Reed’s intense and ill-fated affair with Sidney Nolan, conducted with the full knowledge of her husband, lies at the heart of the drama. And if that sounds like a recipe for soap opera, the pitfall is (mostly) avoided, thanks to sensitive and finely realised performances from Nikki Shiels and Josh McConville. 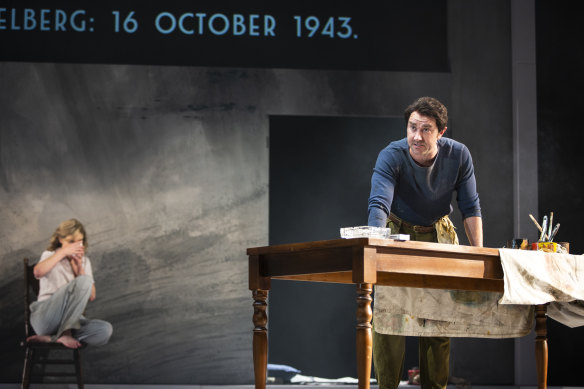 Their undeniable chemistry grows, at first, through provocation. Sunday is no passive muse to an active artist. She is a critic – opinionated, erudite, utterly remorseless about the conformity of the Australian art scene – who takes to grilling the stammering Nolan about his work, while her husband bustles in the kitchen.

Some scholars have suggested Sunday played a more instrumental role in Nolan’s artistic development than is generally acknowledged – that it’s possible she collaborated on his iconic Ned Kelly series, for instance.

That becomes more than a suggestion in this striking and powerful portrayal, which is driven as much by Sunday’s consuming passion for art – in its way a substitute for religion, or the children she cannot have – as it is by romantic love.

Refreshingly, sexual jealousy doesn’t get much of look-in. Matt Day as John Reed is understated – a man who wears his principles like a tailored suit, allowing himself only the odd twinge of discomfort; his commitment to and affection for Sunday plainer for being so quietly drawn.

What does torpedo the open relationship and lead to permanent estrangement is Nolan’s proposal of marriage. It’s the same fate that befalls the unconventional heroine of Summer of the Seventeenth Doll, and there’s an echo of Olive’s distress in the moment when an ashen-faced Sunday realises that Nolan’s possessiveness will doom their love.

For her part, Sunday is possessive about her power to influence art. A cruel outburst from Nolan puts her in her place, reminds us how class complicates the picture, and presents both sides of the structural issue of funding the arts through philanthropy. Sunday Reed was wealthy – a member of the prominent Baillieu family – and could afford to be unconventional; the artists drawn to her oasis were not, and they had few options but to rely on such largesse.

The production is not without flaw. It’s overlong, the design does little to focus the performances or to create a sense of intimacy, and there’s a splash of histrionic melodrama towards the end that feels out of character.

“Turn it up, front of house, this is a f—king rock show!” shouts a perturbed fan. People around him grumble back: “Turn yourself down.” Spicy. 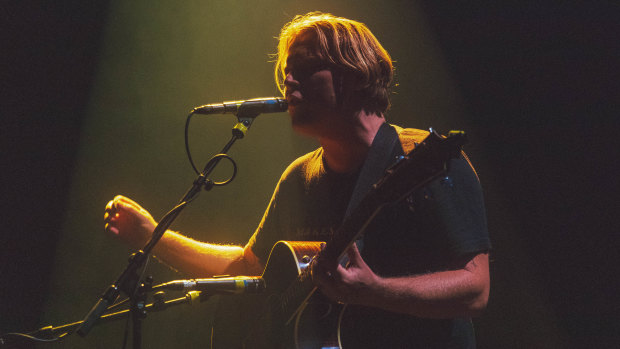 Ty Segall at The Forum in Melbourne.Credit:Rick Clifford

California’s Ty Segall is three songs into his 95-minute set and facing guitarist Emmett Kelly, the two singing Californian Hills conspiratorially low, so we all lean in and listen harder.

“From the history, histories of Western civilisation,” he whispers, pushing the tense, tantric vibes to the limit in front of a (mostly) patient crowd who had waited eight years for this.

Five songs in, the rest of Segall’s Freedom Band stroll out to a huge cheer, looking like they’ve just stepped off the set of Cameron Crowe’s Singles. 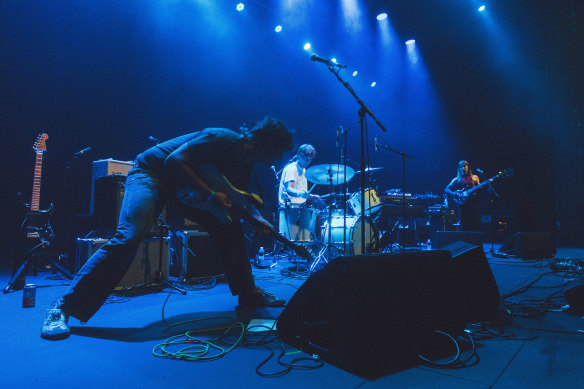 Fans were promised “a berserker, fuzz-tone, glam-garage-travaganza not to be missed!” and that’s exactly what they got, extra emphasis on psych’n’sludge sonics, less focus on Segall’s pipes.

Swathes of red and yellow light duck and swoop across the stage as the 35-year-old gets to work on what he loves to do most: rain down riff after pulverising riff. Wave Goodbye and Manipulator help stir the crowd into action and a mosh breaks out. I count a total of 11 crowd surfers for the night: nine blokes and two women.

“Put your vapes in the air,” quips a guy next to me at a quieter moment, the smell of a certain ’erb snaking its way around swaying heads. I look up at The Forum’s many naked statues and swear I can see the ghost of David Crosby glinting down.

Returning to the stage for a two-song encore, Segall and band go full Ween with the comically good My Lady’s on Fire causing the biggest singalong of the night (even the angry guy looks happy now), which concludes another dose of cathartic rock’n’roll as Melbourne continues to heal.
Reviewed by Mikey Cahill