Back in the world after a tour of Iraq, two retired special forces guys get together to make some quick and dirty money. That’s a one-sentence outline for Transfusion, the feature debut of actor Matt Nable, but the film is more than it sounds. 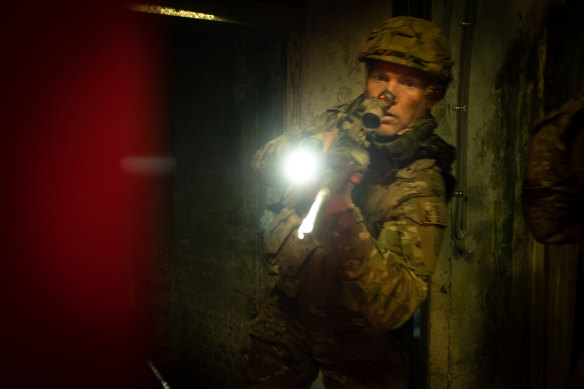 Nable, who played rugby league for Manly-Warringah and South Sydney in the 1990s, offers us a story rich in nuance and irony. Nable’s father was a soldier. Tom Keneally is said to have mentored the young player at Manly. Transfusion is in one sense a film about two ronin – the stateless samurai of Japanese legend. What do men trained in violence do once they’re no longer allowed to use their training?

A pre-credit night sequence depicts a raid on an Iraqi outpost. Sam Worthington, as SAS sniper Ryan Logan, takes down several men before he is himself wounded. Nable, as his commanding officer Johnny, assures him that he will survive. A year or two later, back in Sydney, Logan and his wife (Phoebe Tonkin) are expecting a daughter. Their son Billy (played well at age eight by Gilbert Bradman) is wondering about masculinity. On a hunting trip with his father, the boy refuses to kill a deer. His father tells him that refusing the rifle took bravery.

For reasons that must remain obscure, Logan accepts an offer some years later to help Johnny with something illegal. “In and out, zero rounds,” Johnny assures him. Of course, it doesn’t play out that way. 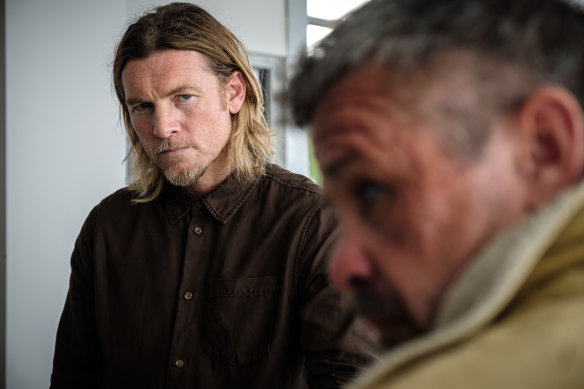 Nable also wrote the script. Worthington has the major role but the relationship between the men is the engaging part, because Nable offers us two characters at different points on the PTSD spectrum. One is trying to forget, to expunge and forgive himself; the other is way beyond that, with no path back. “I have no moral compass,” says Johnny, smiling like he has a death wish. Between these two is the boy Billy, now aged about 16 (and played by Edward Carmody), who’s off the rails, looking for guidance.

If the script has more depth than a run-of-the-mill actioner, it is partly because of Worthington’s intense performance and partly because Nable’s direction is confident and careful. He knows just what to leave out – which keeps things moving – and he’s careful to maintain credibility. There are three distinct time-frames, the action flitting nimbly between them without confusion: the haircuts tell us where we are.

Nable has learned his trade during more than a decade of acting in other people’s pictures: it’s clear he has not wasted his time. It’s a film where the performances are more important than the guns.