Twinning ways: Ever wondered where your European twin town is located? 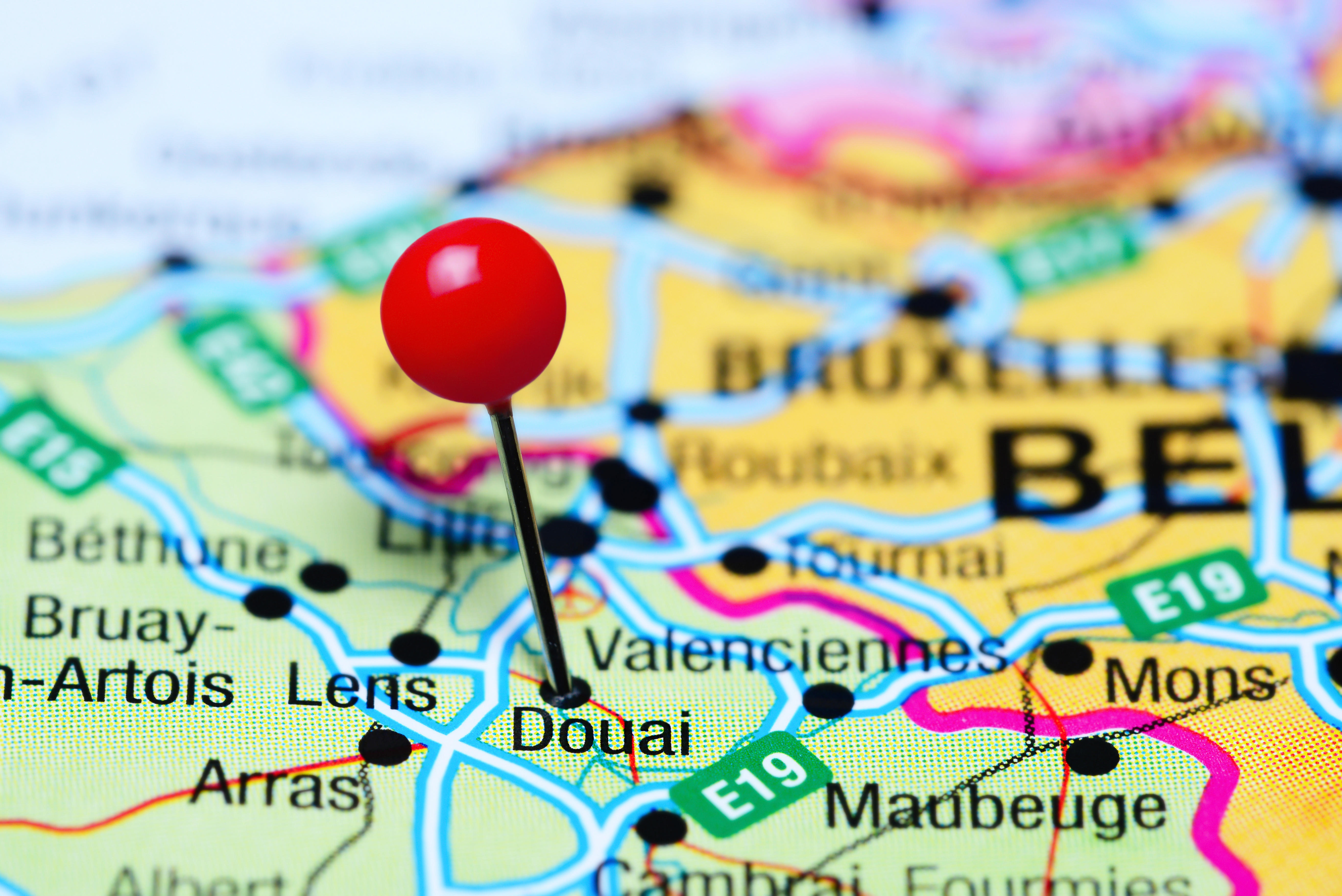 In the decade I’ve lived in Harrow, a borough on the north-west outskirts of London, I’ve been intrigued by the inauspicious little road signs that cheerfully announce ‘Harrow… twinned with Douai’. I’ve clocked them daily on my commute, and then one morning I set myself a new travel challenge – to go out and find my long-lost twin town.

So here I am, after a two-and-a-half-hour Eurostar ride and a two-euro train hop from Lille, sitting in a café in Douai stuffing my face with the most amazing lemon cheesecake. Mmm… merci, Middlesex!

The café is called Le Ferronnier Dans Les Nuages, which translates as the Ironworker In The Clouds, and its breezy blue and yellow interior makes it just one of a whole heap of funky establishments in this former-mining-town-made-good.

When I left Harrow to find the twin town it was paired with in 1947, in a scheme to unite a divided Europe (ironic, I know), I didn’t have a clue what I was going to find. But Douai (pronounced ‘Dooway’) boasts streets full of pretty gothic, classical and art deco buildings with a whiff of Flemish, underpinned by a laidback, modern vibe.

Beside me sits Aaron, a charming American who came to Douai after studying French literature, and now teaches French to immigrants, including displaced Ukrainians.

‘I love teaching French, Douai is 40,000 people of different origins. When I came to Douai and I was walking around, it was beautiful and I fell in love,’ he says.

Walking around town – a former administrative centre for French Flanders under Louis XIV – I fall in love, too. I’ve based myself at a pleasingly mishmashy hotel called La Terrasse (rooms from £115pn, laterrasse.fr), just by the pedestrianised area, so everything is just a short stroll away – Douai’s easily doable (or even Douaible) in a weekend.

Where to begin? For some of that cool shopping, there’s Furet du Nord, one of France’s lovely, huge bookshops with balconies overlooking an atrium, and La Baraque, an Aladdin’s cave of art and second-hand books, presided over by chatty owner Philippe. Then there’s Ricochet, an eco-conscious concept store selling everything from soap to lunchboxes, all French-made, bien sûr.

To tick off the sights, start by heading up the gorgeous gothic belfry near the Place d’Armes, with 62 bells, it’s one of Europe’s biggest, is Unesco-listed and is so dramatic that a painting of it hangs in the Louvre. (For more info, a cheery tour guide can point you to the English signage).

Then there’s the Musée de la Chartreuse, an art gallery featuring works by masters from France (including Douai), Italy and the Low Countries, and housed in a former Carthusian monastery. It sits next to the winding river Scarpe, along which you can take a boat trip from May to September.

Douai to go: Three more must-dos on a trip to the French twin town

This elegant, huge church was built in 1750, during Douai’s heyday as the Parliament of Flanders, and its 68-stop organ is just as magnificent. It was destined for the Great Hall of the Imperial Conservatory in St Petersburg, before the 1917 Russian Revolution derailed its journey.

Get stuck in at: Musée-Parc Arkéos

This Douai museum is an archaeological park dedicated to the Middle Ages, and its themed tavern, Portus, will introduce you to medieval cookery. Think bourbonnais (potato) pie, duck pâté with sage, taille (a medieval fruit cake) and dariole (egg-custard-filled puff pastry).

If you really want to dine in style, then this place features the likes of roasted deer back with cocoa, ‘wonder praline’ (meringue in a chocolate shell, with milk chocolate ganache, hazelnut paste and milk ice cream), or that old favourite, croque monsieur, beautifully presented.

Next door to Le Ferronnier Dans Les Nuages, meanwhile, is the cheerful BinBin Café, which nods to Douai’s big event of the year – the annual Fêtes de Gayant, or the festival of giants. Dating back to 1530, and celebrating the defeat of French forces (when Doaui was under Spanish rule), for three days at the start of July it sees huge moveable wooden puppets of Mr and Mrs Gayant and their three children Jacquot, Fillon and Binbin parade down the streets. The ‘family’ are between eight and 27ft tall and it takes six people to move each of the larger puppet giants.

But there’s something less obvious out there that I want to see – the enigmatic Allée de Harrow. I schlep on the 30-minute walk north of the Scarpe. As I head deeper into suburbia – all neat-looking schools and smart residential areas – I realise I’m basically doing the Doaui equivalent of walking from Harrow to Pinner. When I arrive, it looks like a new development has arrived bereft of the useful road signI need. But, hey, I’ve said bonjour to Harrow’s twin sister, and discovered a secret sibling that is Doo-way more fun than I ever imagined.

Why we need our twin towns more than ever

We’ve all seen those friendly village road signs saying ‘welcome to yada yada, twinned with somewhere foreign and interesting sounding’, but are they fast being ignored?

I’m worried that the scheme – which truly took off in 1947, when benevolent twinning arrangements were made en masse – is in danger of being forgotten.

I spoke to Nathalie Apers, deputy mayor of Douai, twin of Harrow, where I live, and she said the war in Ukraine made twinning more important than ever.

‘Harrow doesn’t forget! The Harrow In Europe Association sends me many emails! It’s very pleasant to be here with you!’ she says.

‘We must unify all over the world. We have six twin cities. Mostly we work with Recklinghausen in Germany, Seraing in Belgium and Harrow. Africa is very far but we give money to our twin there, Dédougou in Burkina Faso.’

Where are your partners?

Fancy visiting your twin? Russia and Ukraine aside (for obvious reasons), here are some of your options: