Harry, Meghan, and little baby… Marky Markle? Twitter users suggest VERY funny names for Baby Sussex after rumors surface that his moniker will be ‘unique’ and ‘unify the US and UK’

While the world awaits the announcement of the name of Baby Sussex, witty social media users are suggesting some very funny monikers for the newest little royal on Twitter.

Prince Harry and wife Meghan Markle welcomed their first child, a son, in the early hours of Monday morning, but have promised not to reveal what the baby is called until a formal announcement on Wednesday.

In the meantime, speculation has run wild — especially after a source told CBS that the couple will likely have picked ‘a name that works on both sides of the pond.’

Inspired by the tweet that his name is ‘unusual’ and ‘unifies the US and UK,’ Brits and Americans alike have suggested some things he can be called that bridge the gap between the two countries. 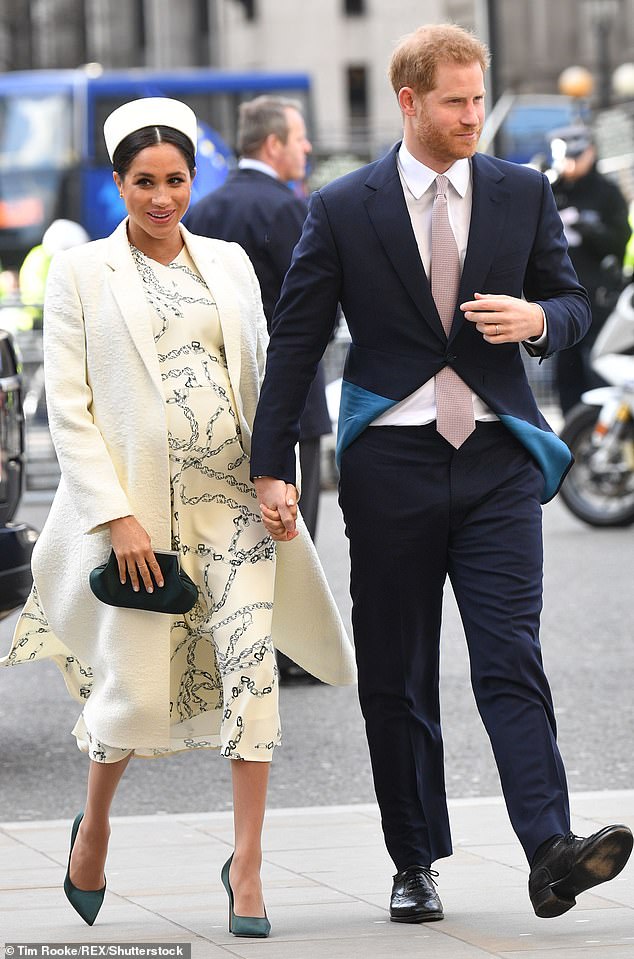 Congrats! Prince Harry and wife Meghan Markle welcomed a son on Monday but won’t reveal what they named him until Wednesday 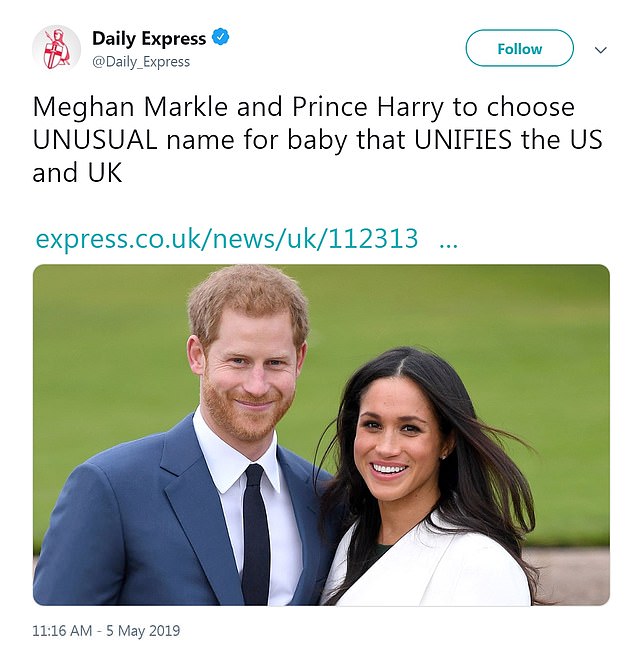 Is that so? A ‘royal expert’ said they’ll choose a name that ‘works on both sides of the pond,’ while another news site tweeted that the name ‘unifies the US and UK’

Funky bundle of joy! Twitter users have offered funny names inspired by both countries, including the Mark Wahlberg-inspired ‘Marky Markle’

Young, scrappy, and Hogwarts-y! One clever user suggest this mash-up of both the US and UK, and reality and fiction

He takes his gin and juice in a bottle! Little Snoop Dogg Winston Mountbatten-Windsor would give new meaning to the term ‘his royal highness’

Watch the throne! Kanye Westminster definitely has a ring to it

Call the whole thing off! This name would reflect both his mother and his father’s accents

Well that took a turn! One Twitter user got plenty of likes for his suggestion of Rupert Gunviolence

Welcome to Flavourtowne, UK! Most of the name suggestions are a clash of names that sound posh and crass

Oh snap: Dozens of people joked that the name that most unifies the two countries is ‘Imperialism’

Getting to the point: The Atlantic Ocean does, quite literally, ‘unify’ the US and UK

Beary funny: Little baby Paddington 2 would be lucky he’s a royal — it might stop the teasing at school

Unique for sure! The royal baby would never need a stage name with a given name like Texas Gloucestershire

Super-size that kid! Is there anything more American than making this baby a McBaby? With ketchup, of course

Baby Veep: The double hilarity of this name wouldn’t be lost on the occupants of the White House

The great unifier: James Corden has plenty of fans in both countries

But which football? Baby Sussex would have to be a fan of the NFL’s Jacksonville Jaguars

On TV: There are few things more universally beloved than The Office

Look, it’s us! The Daily Mail has loyal readers on both sides of the pond

A bro in the making: It’s hard to imagine a royal with a name like ‘Brad’