A physical defenseman, he loved hockey enough to be excited at the sight of a new pair of skates or shin guards. He died of the novel coronavirus. 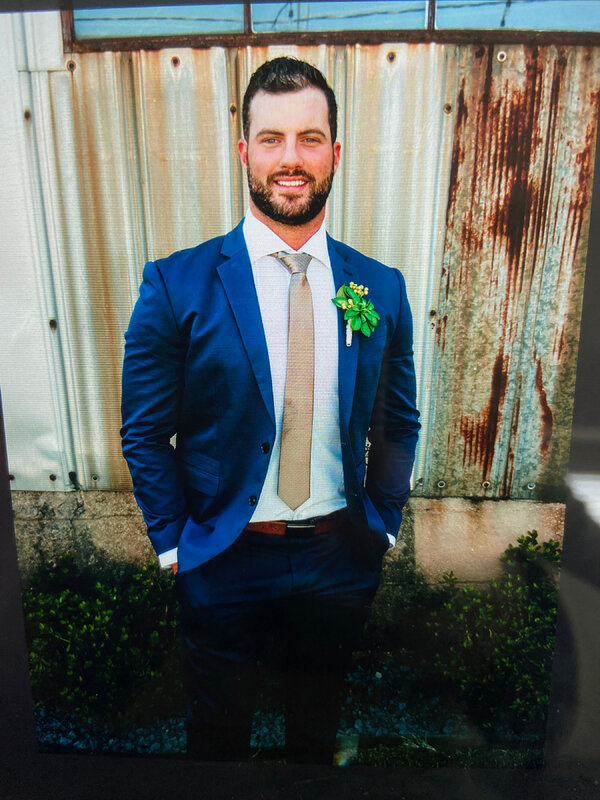 This obituary is part of a series about people who have died in the coronavirus pandemic. Read about others here.

Tyler Amburgey began playing hockey at age 7 in the Dallas area and by his late teens was a talented defenseman in USA Hockey’s national player development program. He loved every aspect of the sport during a journey that also took him to several minor-league teams.

“Hockey meant everything to him,” his wife, Aimee (Eigenberger) Amburgey, said in a phone interview. “When he got a new pair of skates, he was like a kid at Christmas. You never saw anyone so pumped up about new equipment, even shin guards.”

Ms. Amburgey said her husband had gotten his usual summer cold from shuttling between the Texas heat and the chill of the ice rinks where he coached two youth teams. But over three days in August, he began feeling other symptoms, including body aches, nausea and headaches. Covid-19 was detected after his death.

More than 30 cases of the disease have been tied to youth hockey teams in North Texas in late August and early September.

Averil Tyler Amburgey (pronounced Am-BER-ghee) was born on May 6, 1991, in Dallas and raised in the suburb of Rowlett. His father, Rick, worked in insurance; his mother, Sherry (Hinds) Amburgey, was a homemaker.

Tyler was 8 when his local National Hockey League team, the Dallas Stars, won the Stanley Cup in 1999. Eleven years later, when he was playing junior hockey for the Dubuque Fighting Saints, he went on a first date with his future wife, then a cheerleader for the Saints. He wore a T-shirt bearing a picture of his favorite player, Mike Modano, the Stars’ Hall of Fame center.

He played for six teams in three professional leagues from 2012 to 2016. 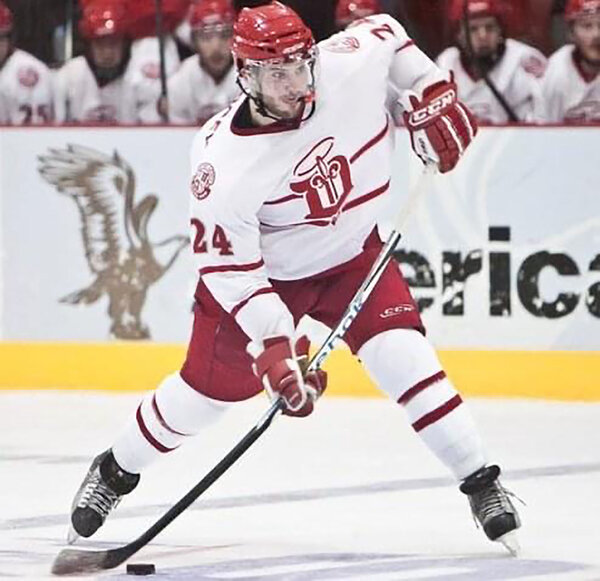 “He was a really strong skater and moved the puck well, a solid defenseman all the way around,” Dan Wildfong, who coached him with the Fort Worth Brahmas in 2013, said by phone. “And he was a real rink rat; he loved being at the rink and with the players.”

Amburgey’s years in hockey took its physical toll: five hip operations as well as concussions and other hard hits. Recently, he had memory problems. To determine if the cause was chronic traumatic encephalopathy, his brain was donated to the CTE Center at Boston University, according to his wishes.

In addition to his wife and parents, Amburgey is survived by his daughter, Rylee, his sisters, Ashleigh Huntsinger and Caroline Miller; and his brother, Jordan.

In 2013, when Amburgey joined the Peoria Rivermen of the Southern Professional Hockey League, he said that he had recently spent time at a job that made him miserable.

“Let me tell you something about roofing,” he told the Journal Star in Peoria. “I gained a lot of clarity up there. I discovered I really wanted to be a hockey player.”