John Pesutto, Victoria’s new opposition leader, is often talked about as a moderate within a Liberal Party that has had large parts of its base drift to the right in recent years.

But some credentials in the Hawthorn MP’s background might give many Liberal voters wanting a more progressive leader cause to pause. 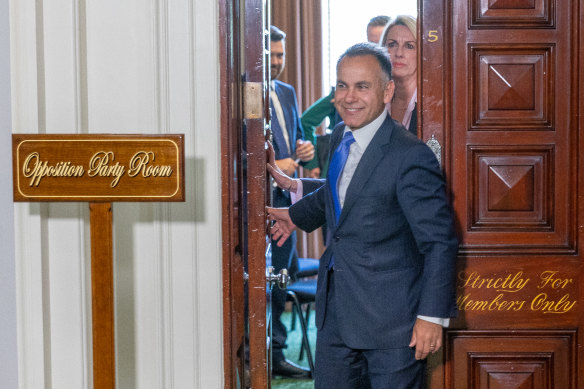 Pesutto, an industrial lawyer who regained the blue-chip electorate last week after losing it in 2018, defeated Brad Battin, a former police officer and bakery owner who holds the seat of Berwick in Melbourne’s burgeoning outer south-east, on Thursday after a tight party room vote.

Pesutto, 52, spent an entire year campaigning to win back Hawthorn and only narrowly defeated Labor incumbent John Kennedy and teal independent Melissa Lowe. He now holds the seat by just 1.74 per cent.

The MP grew up in the Latrobe Valley as the son of Italian immigrants.

“I’m one of five kids who was born in Traralgon. My father was a sparky on the power stations among other things. My mum was a machinist, at McArthur’s shoe factory in Traralgon,” Pesutto told The Age last week.

Pesutto’s father immigrated to Australia in 1961 and his mother arrived in 1963, both from Calabria in southern Italy.

“They were typical of the migrants who came out in the 1950s and 1960s: you didn’t know the language, but you associated with people from the same area. You looked after each other and you just worked yourself silly,” he said.

He said his Hawthorn victory was evidence he could win over Labor supporters, along with those who toyed with voting teal.

A father of three daughters, he’s been married to Betty Pesutto, who comes from a Greek family, for 21 years. 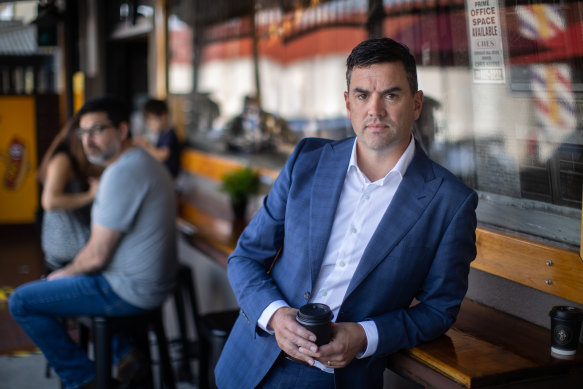 Pesutto was once chief of staff to David Davis during the upper house MP’s tumultuous time as health minister from 2010 to 2014, and an industrial relations adviser to then-premier Denis Napthine. He was also an adviser to Ted Baillieu before replacing him as the MP for Hawthorn in 2014.

Before winning preselection for Hawthorn, he ran unsuccessfully against Josh Frydenberg for preselection in the federal seat of Kooyong.

According to Pesutto, Labor won the 2022 state election because it had a better ground game and ran a better campaign than the Coalition.

He said what had worked for him in Hawthorn would work elsewhere for the Liberals: “a combination of on-the-ground strong grassroots campaigning, very targeted social media”, and more traditional politicking, including via the media. 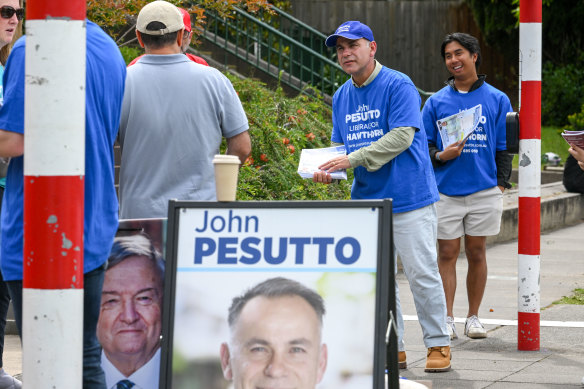 Prior to being elected leader, Pesutto said he wanted to give Victorians the option of a Coalition government “that actually manages the state more prudently. I’m not here to re-litigate matters that have just been subject to an election – I’m very conscious of that. But looking forward over the next four years, it’s going to be more important than ever that we have a [Liberal Party] that is applying proper scrutiny.”

Ahead of his campaign for party leader, Pesutto highlighted two areas of crisis in Victoria that the opposition needed to focus on: health and the blowouts in transport infrastructure costs.

“Access to basic healthcare [and] managing infrastructure projects, so we’re not seeing $30 billion worth of blowouts into the future. We already have a suite of policies that [are] really strong [on these], but we need to build on those, but also apply that scrutiny,” he said.

Pesutto’s style of politics since starting his campaign to win back Hawthorn has been graceful and collegiate, even to opponents – his tweet at Wednesday’s declaration of the poll, acknowledging his “friend and colleague” Kennedy, is typical of his current approach.

But while he is referred to as a moderate by supporters, his critics question whether it is an appropriate label for Pesutto, who in the past worked with right-wing think tank the Institute of Public Affairs. Its website in 2010 listed Pesutto as the institute’s director of the productivity and employment unit.

He was an industrial lawyer at employer firm DLA Phillips Fox during the controversial Howard government WorkChoices era. He was at the time, however, cautious about the harder right aspects of that legislation, which was embraced by some with more extreme industrial relations views. In 2005, Pesutto warned employers, for instance, about “dismissing employees even after unfair-dismissal laws have been wound back”.

Pesutto has also been criticised for attacking Labor too aggressively over gang violence in Melbourne when he was shadow attorney-general before the 2018 election, during a steady stream of warnings of an “African gangs” crisis by Matthew Guy’s team.

In late 2017, for example, Pesutto told Sky News in an interview: “There is clearly now an over-representation in gang related violence in Victoria by South Sudanese youth. That’s a fact; even the minister has conceded that.”

In October, federal Kooyong MP Monique Ryan described Pesutto as “a charming fellow … I’ve stood on pre-poll with him for 12 hours a day and gotten to know him – he’s a genuinely nice man. But his ‘African gangs’ fearmongering? We’re defined by our actions.”

Pesutto last week defended himself about his past comments and said he was far more moderate than the then police minister Lisa Neville. “Lisa went far beyond what I had said,” he said. “My comments never went beyond what the [police] chief commissioner had said.”

Pesutto also raised eyebrows when he said, immediately after announcing he would run for the leadership, that he would reverse former leader Matthew Guy’s ban on controversial Liberal MP Renee Heath sitting in the party room.

During the election campaign, The Age’s reporting on Heath’s lifelong membership of an ultra-conservative church opposed to gay, transgender and reproductive rights prompted Guy’s decision. But Pesutto told The Age last week the prohibition would not stand.